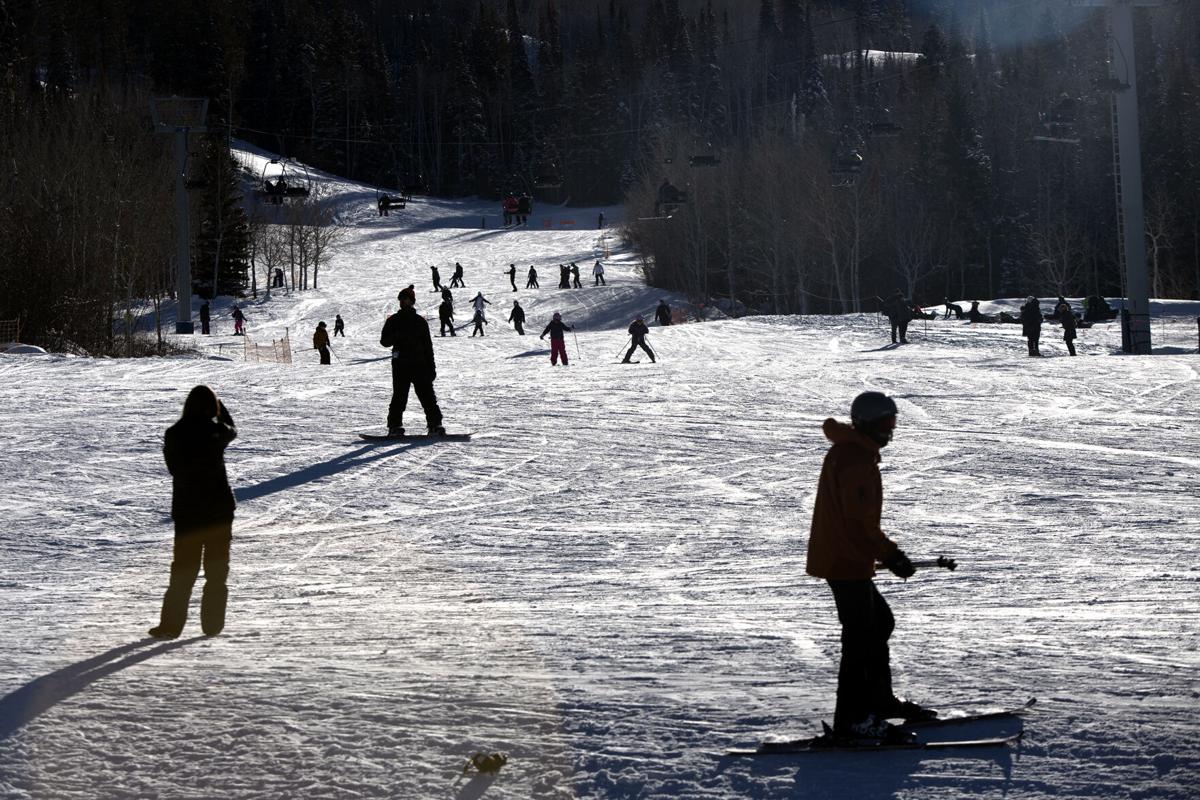 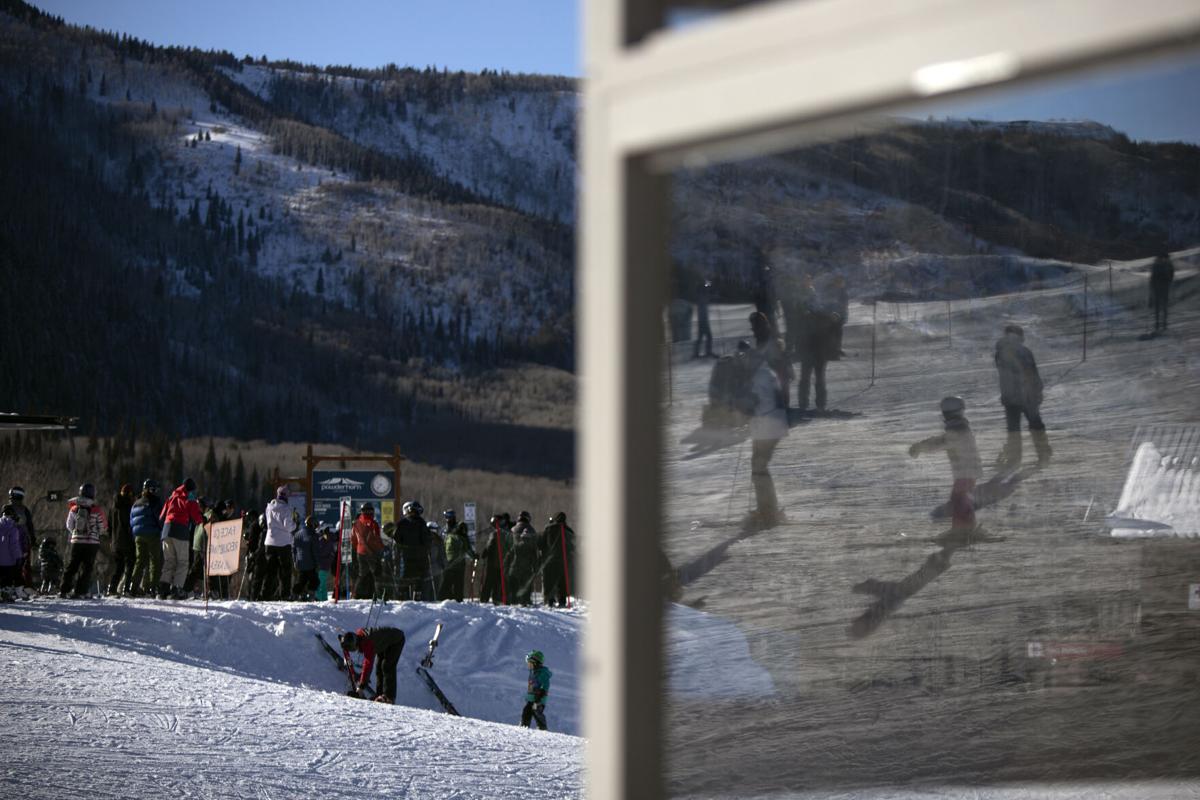 Skiers and snowboarders are reflected recently in a window at Powderhorn Mountain Resort, right, while people wait in line for the chairlift. 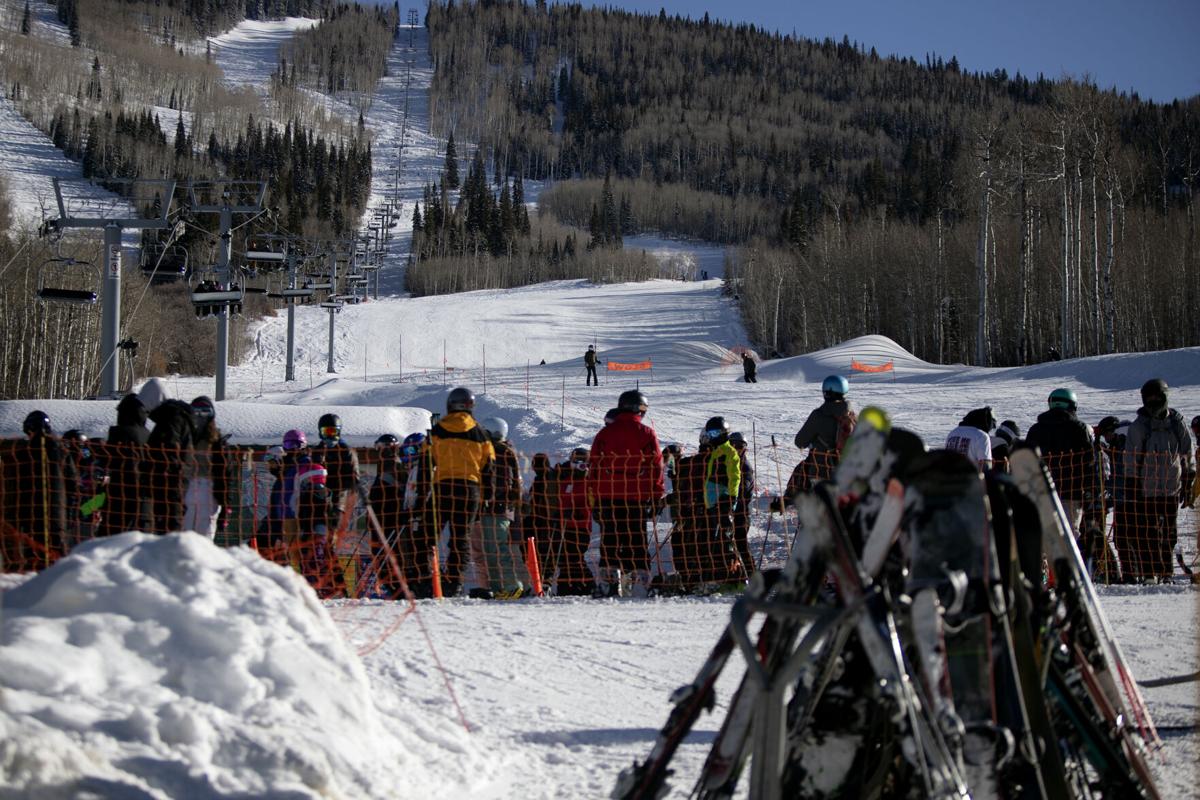 Skiers and snowboarders wait in line for the chairlift at Powderhorn Resort on Dec. 30.

Skiers and snowboarders are reflected recently in a window at Powderhorn Mountain Resort, right, while people wait in line for the chairlift.

Skiers and snowboarders wait in line for the chairlift at Powderhorn Resort on Dec. 30.

Powderhorn Mountain Resort opened early last month and, even though some changes had to be implemented because of COVID-19, and low levels, skiers and snowboarders returned to the mountain for early season runs.

“I think despite COVID restrictions, people still want to get out and enjoy themselves and do something that feels a little bit normal,” said Ryan Schramm, Powderhorn general manager.

After a few new adjustments, people are still skiing and snowboarding, he said.

Some of the new protocols include mask requirements for everyone in the resort and on the chairlifts.

Tickets must be purchased in advance, and rentals and ski lessons have to be reserved in advance.

Families can ride together, but the high-speed quad lift only allows for two non-family members at a time to sit at opposite ends.

“The first couple of weeks were a challenge. There was confusion on understanding the rules, regulations and procedures,” Schramm said.

He added that some guests refused to comply to some of the new mask requirements and were asked to leave.

“It’s been a very small percentage of people who have refused,” he said. “Everyone just wants to keep skiing. You buy lift tickets, get rentals and order ahead of time, and I think people are getting used to that. Easier now than the first two weeks. Most of the changes are in the base area.”

In terms of getting the whole mountain open, a few runs still need more snow.

“Our current snow depth is somewhere in between last year, which wasn’t great, and a couple of seasons ago when they had a really bad snow year,” Schramm said.

He said recent reports indicate Grand Mesa snowpack to be only 40% for this time of year.

Powderhorn turned on its new snow guns for the first time on Oct. 27, bringing water from Anderson Reservoir atop Grand Mesa and down to the resort in a gravity-fed system. The $2.75 million infrastructure project is considered to be one of the most energy-efficient snowmaking systems in North America.

With the new snow, Schramm said Powderhorn opened as early as he could remember.

“One of the high points for me was opening a lot earlier than a lot of people around here can remember. It was a few weeks earlier than a typical opening,” he said. “Maybe there were one or two times we were open earlier because of a snowstorm.”