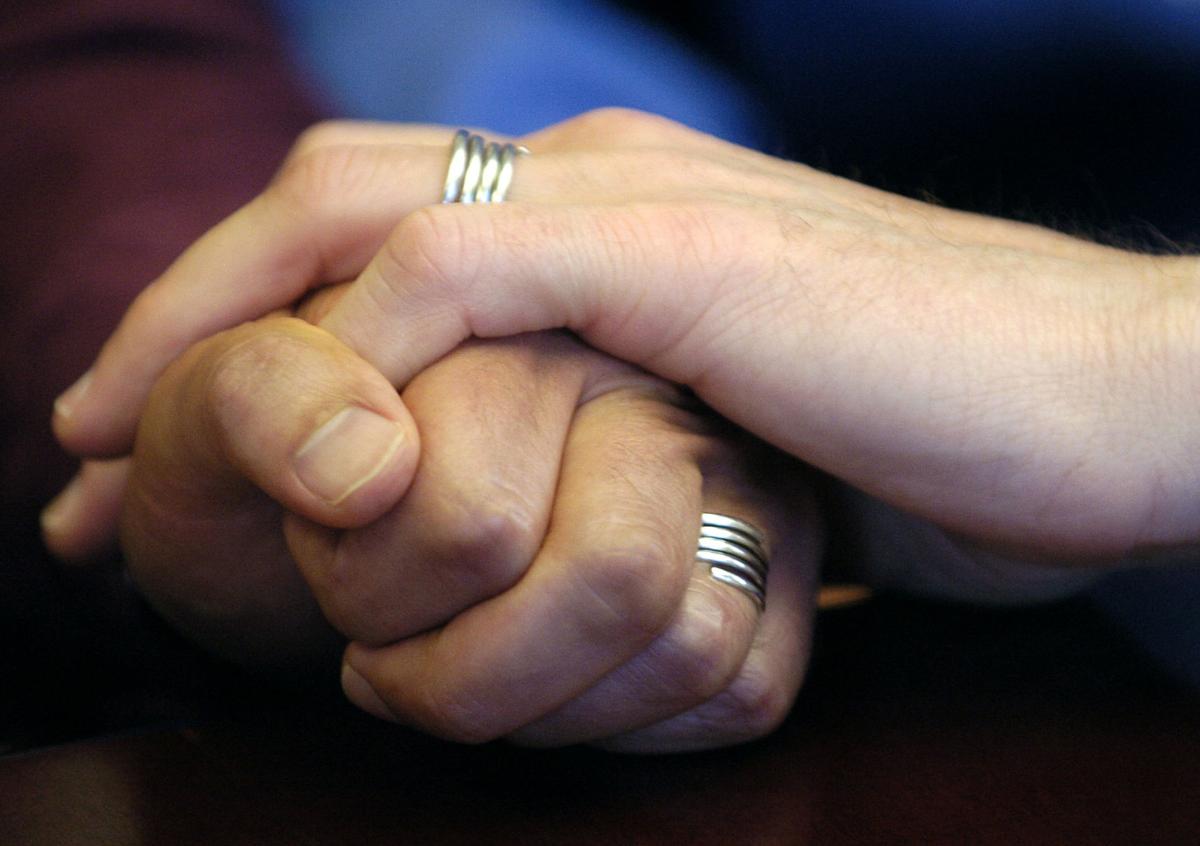 FILE - In this June 30, 2006, file photo, a couple displays their wedding bands in San Francisco. 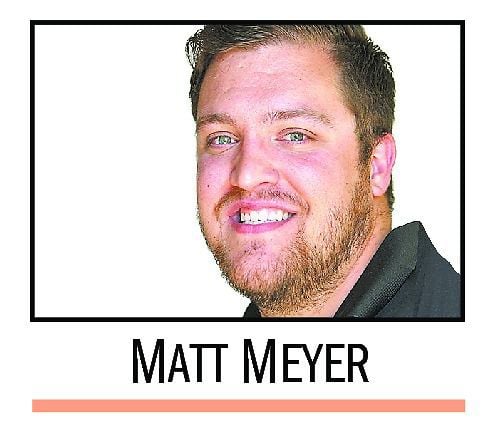 FILE - In this June 30, 2006, file photo, a couple displays their wedding bands in San Francisco.

“That’s a tough one,” Miss Rhode Island responds, laughing nervously into the microphone. “I’d have to say April 25 because it’s not too hot and not too cold. You really only need a light jacket.”

Miss Rhode Island’s complete misunderstanding of the question is a fun movie moment that’s settled into meme culture on the internet. It was also the date of my wedding before the COVID-19 outbreak.

I had pestered my fiancée with that joke for months as we — more accurately, she, with a little help from me — planned a small wedding outside of Crawford, near the north rim of the Black Canyon of the Gunnison.

We met with caterers, a bakery, bought clothes, designed wedding bands and hammered out a plan for flowers. We found this amazing hunter’s retreat outside Crawford on VRBO that was big enough to hold the ceremony and comfortably sleep the 20-or-so people we invited to the wedding. It was perfect. We saved money and battled to get to that point.

Then COVID-19 started ramping up in China. It tore through Italy and Iran. Slowly, it started creeping onto our shores in cruise ships and on the coasts.

It became increasingly clear that there was no way our wedding was going to happen on that day and maybe not even during 2020.

There’s really no other way to put it. I cursed loudly and often. I even cried about it a little bit. It’s a surprisingly painful thing, even if I know it’s still going to happen eventually. This was an event that was beginning to materialize as we checked things off the list.

I’m a journalist and she’s a florist. It wasn’t this huge, grand thing. But it began to feel real. Like it was going to happen. Like we made it happen.

And then it was gone.

But it’s also important to have some perspective.

My mom and my future father-in-law are both over 60 and much more likely to have complications related to COVID-19. One of my fiancée’s brothers has a weak immune system. My childhood best friend spent a week in the hospital last year. They’re all at risk of serious health problems related to the novel coronavirus.

A wedding isn’t worth exposing them to that. Not even close. That’s not even mentioning the larger reception we had planned with even more people vulnerable to the virus.

We were also extremely fortunate, in a few ways, and there are some positives we can take out of this.

First, we’re still getting married at some point. That’s awesome and I’m flippin’ thrilled about it. We’ve been dating for more than eight years and living together for a good chunk of that. Some — even most — would say it’s past time we tied the knot. As crummy as we feel about the date moving and, in some ways, having to plan another wedding, it’s still going to happen. I still get to marry my partner in crime.

Plus, we were already saving money in a way we never had in our early 20s. We had a couple thousand dollars stacked up to cover any last-minute, unforeseen wedding expenses that we could roll into a honeymoon.

To this point, all of the vendors we worked with have either been extremely happy to move their services to a different date or fully refund our order.

If things get really bad over the next few months, we’ll get through it financially, at least.

Most important of all, we’re healthy and so are our families.

VIEW FROM A JOURNALIST