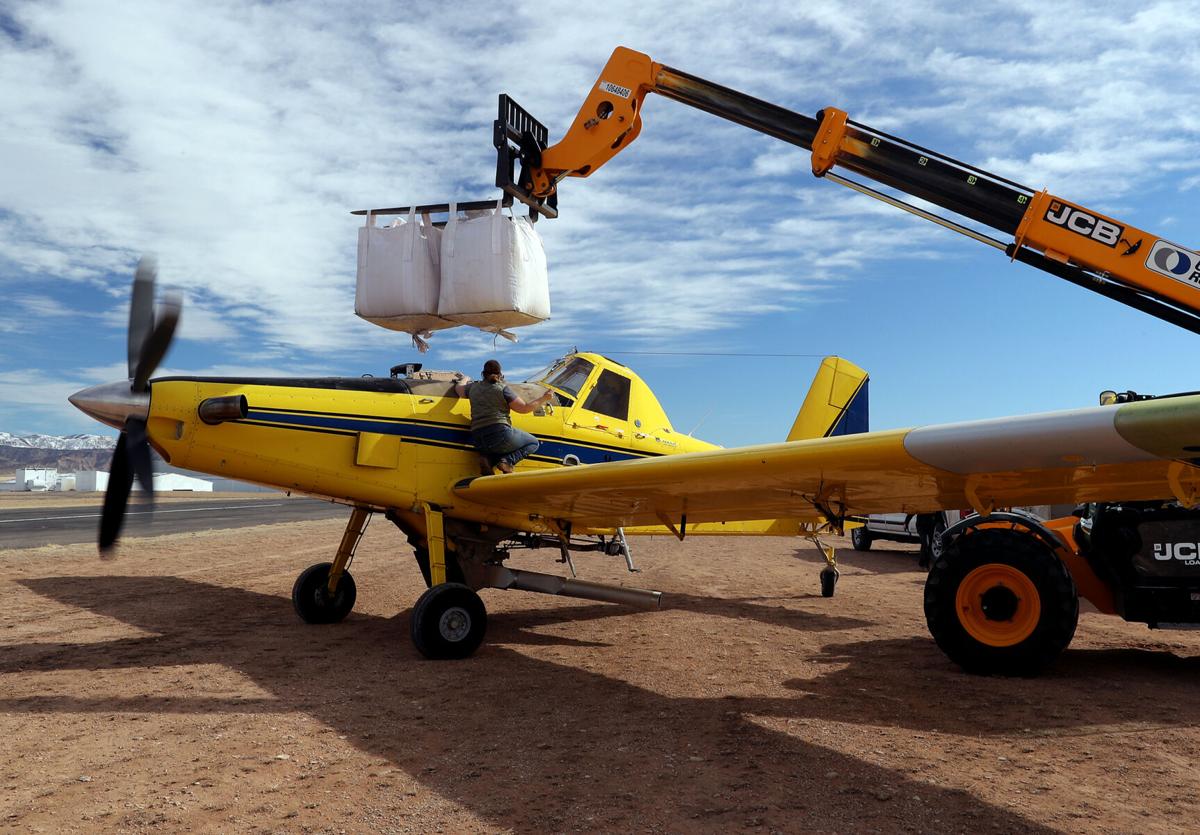 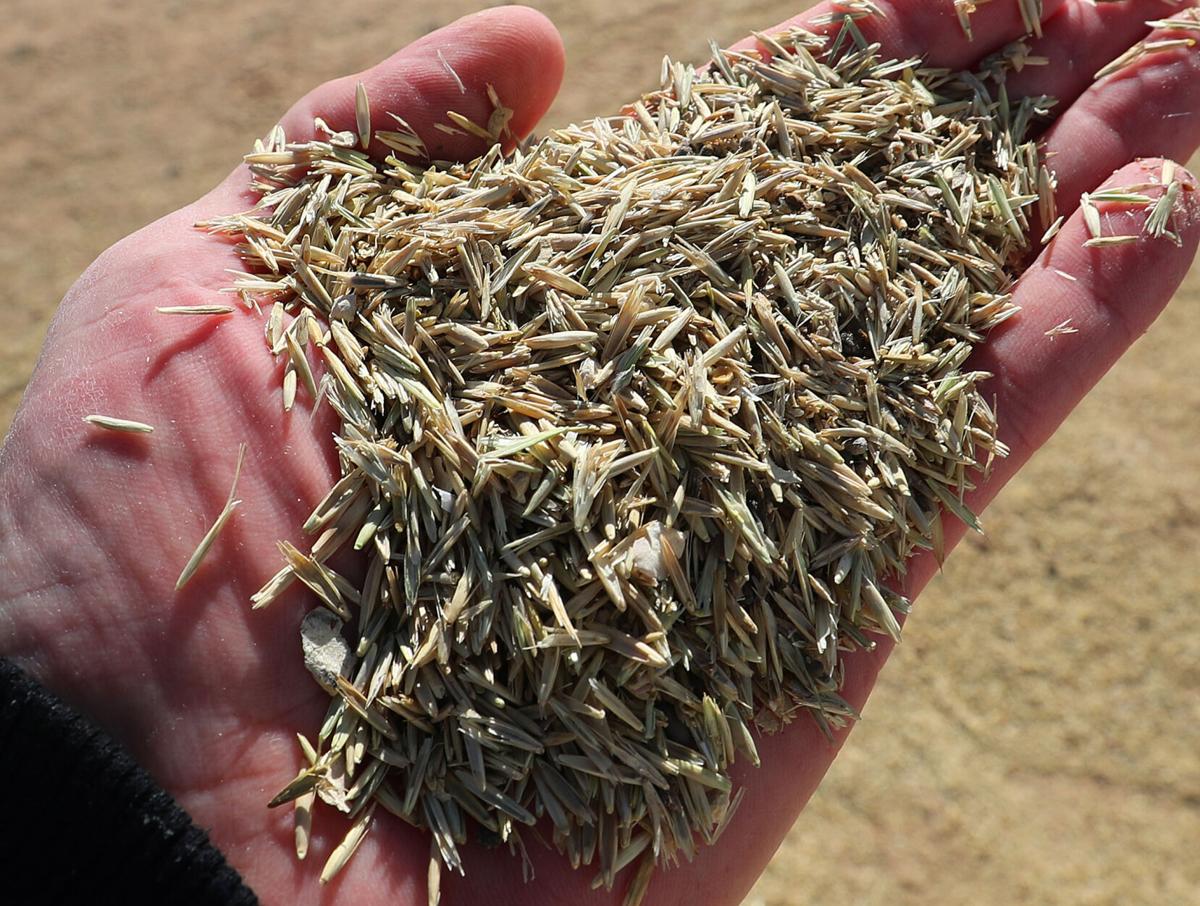 The seed being dropped on the Pine Gulch fire burn area from the Mack Mesa Ariport. 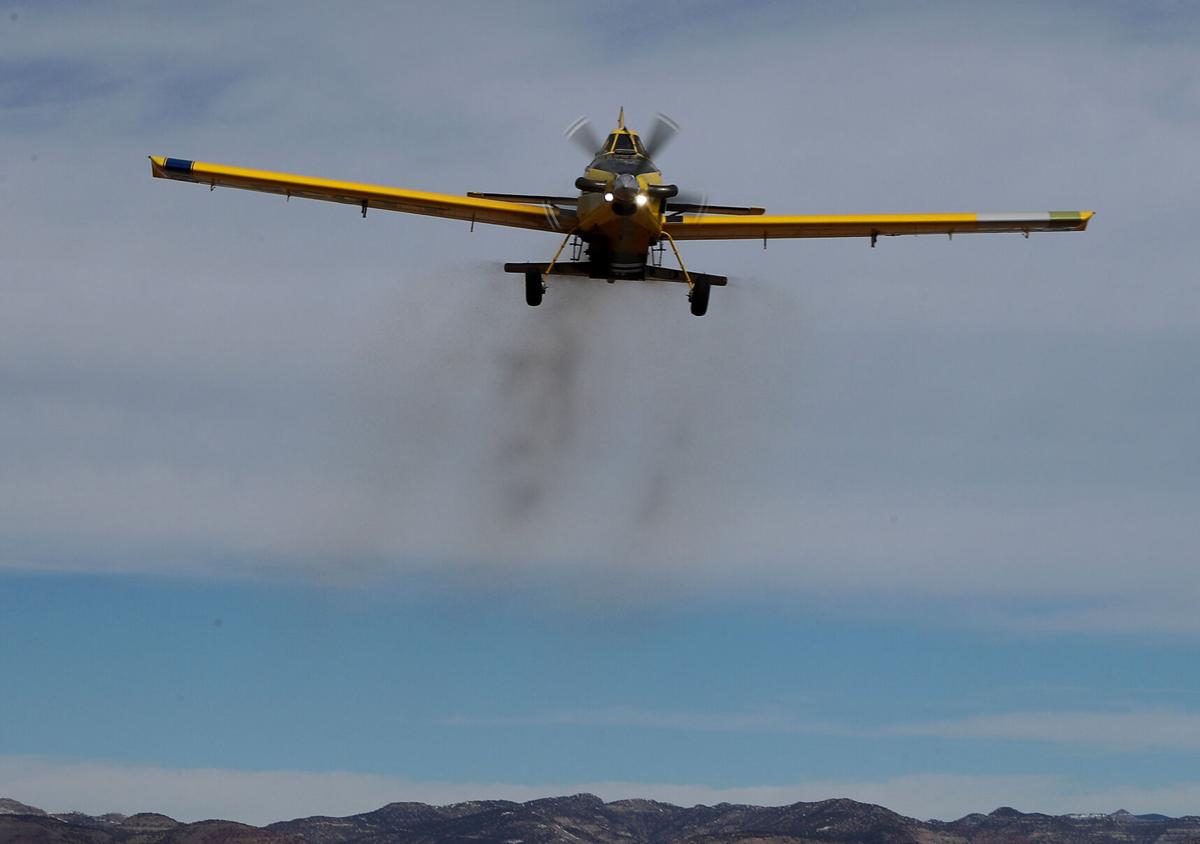 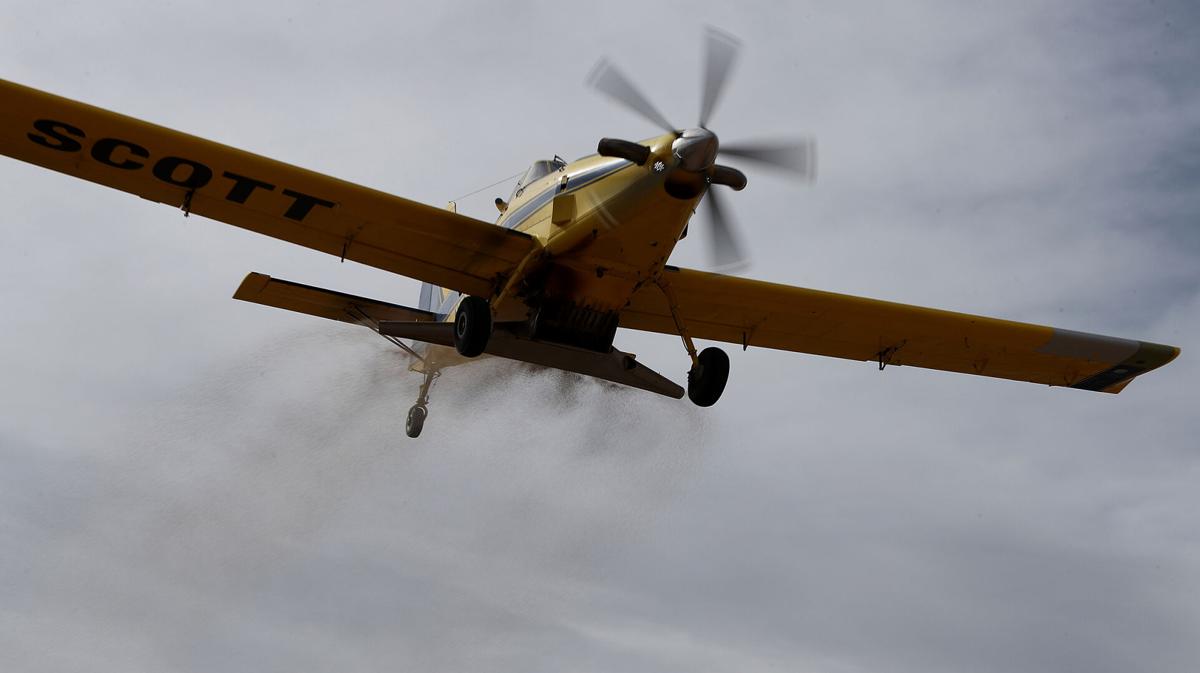 Thousands of pounds of seed is being dropped on the burn-damaged areas of the Pine Gulch Fire to regrow sagebrush, pinyon and juniper.

The seed being dropped on the Pine Gulch fire burn area from the Mack Mesa Ariport.

Thousands of pounds of seed is being dropped on the burn-damaged areas of the Pine Gulch Fire to regrow sagebrush, pinyon and juniper.

More than 20,000 pounds of fresh seed airdropped over the area of the Pine Gulch Fire this week is intended to help regrow the sagebrush, pinyon, juniper and other timber and brush that were lost to the record-setting blaze.

By the time the last ember went out, the fire burned more than 139,000 acres — the largest in Colorado history before being overtaken by fires later in the season. Rehabilitation efforts are planned over the next year, including these seed drops.

“Locally, it is the largest fire we have ever had,” Bureau of Land Managements spokesperson Eric Coulter said. “A lot of the processes are the same, it’s just on a larger scale. That means more resources, higher costs and more personnel.”

The BLM will receive $3.5 million in funding from the Department of Interior for rehabilitation efforts.

“The majority of it will recover naturally. It’s a part of the ecosystem and (fire) stimulates new growth. We’re only seeding 22,000 of the 138,000-acre fire in areas where the fire burned hottest,” Coulter explained. “Sometimes, in those areas, the soil won’t absorb water and support regrowth.”

With a smaller fire, BLM may have used a team of volunteers to seed the burned areas but, on Colorado’s third largest fire in history, aerial drops were necessary.

“The fire burned in rugged, steep and difficult to access terrain,” Coulter explained.

A five-person crew was out at Mack Mesa Airport on Tuesday to coordinate the seed drop, compared to the army of volunteers that would be needed to cover that area on the ground.

Seed was also dropped on other nearby burn scars in partnership with Colorado Parks and Wildlife.

Pilot Zachery Sullivan said he spent about 25 minutes in the air round trip. He will make 14 to 18 trips a day and expects to be dropping seed from Monday through today this week.

Each load holds around 2,000 pounds of seed, covering roughly 160 acres. Sullivan follows GPS lines to let him know where he’s dropped and where he hasn’t.

“I just flick a switch and it just dribbles it out,” he said.

Even compared to dumping slurry or fire retardant over a fire, seeding is much easier.

“Seed comes out at 12 pounds an acre, whereas slurry comes out at 72,000 pounds in 30 seconds,” Sullivan said. “We used used to have people out with flags but this way no one gets rained on.”

High winds can slow down the process.

Seed was purchased mostly from producers, though some volunteers were used to collect seeds from the land.

The best time to seed is when there is still a fresh layer of snow on the ground.“It’s a tremendous conditions. It’s all snow-covered, the timing is optimal” Sullivan said.