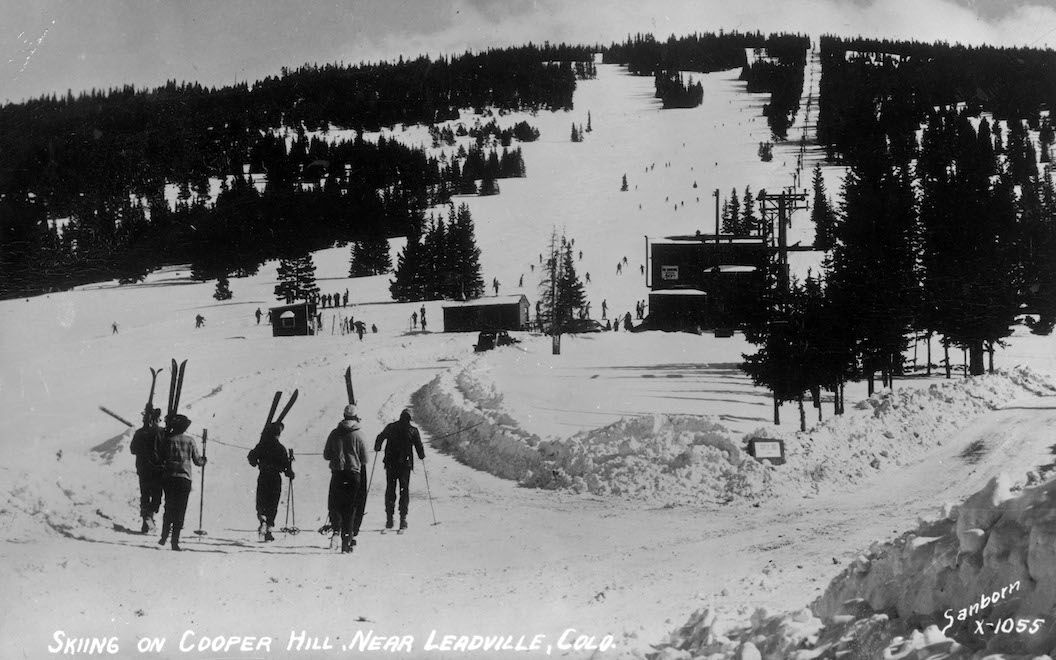 Skiing at Cooper Hill near Leadville, probably in the late 1940s. 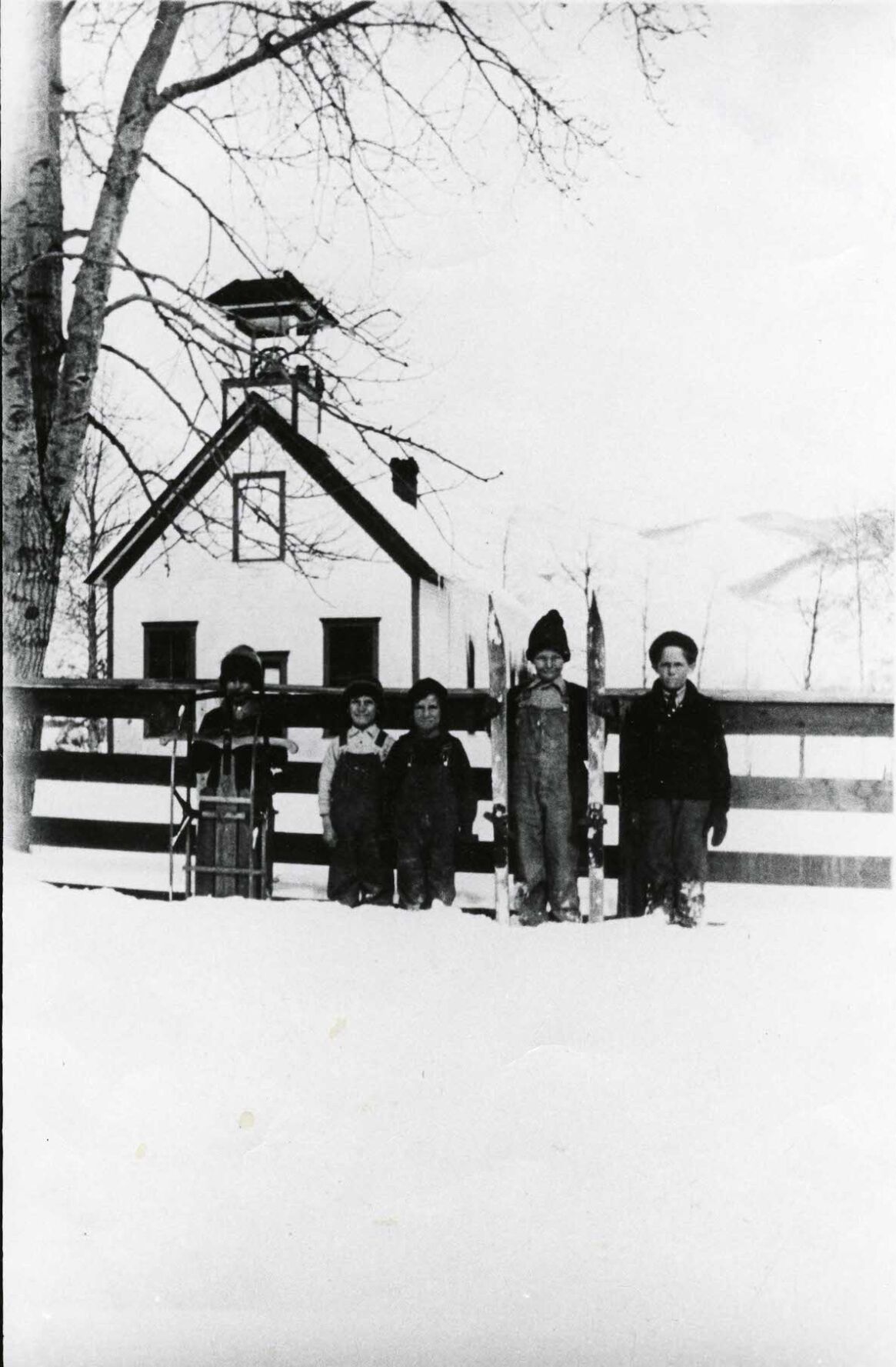 Students with skis and other winter toys outside the Avon school in the 1920s. 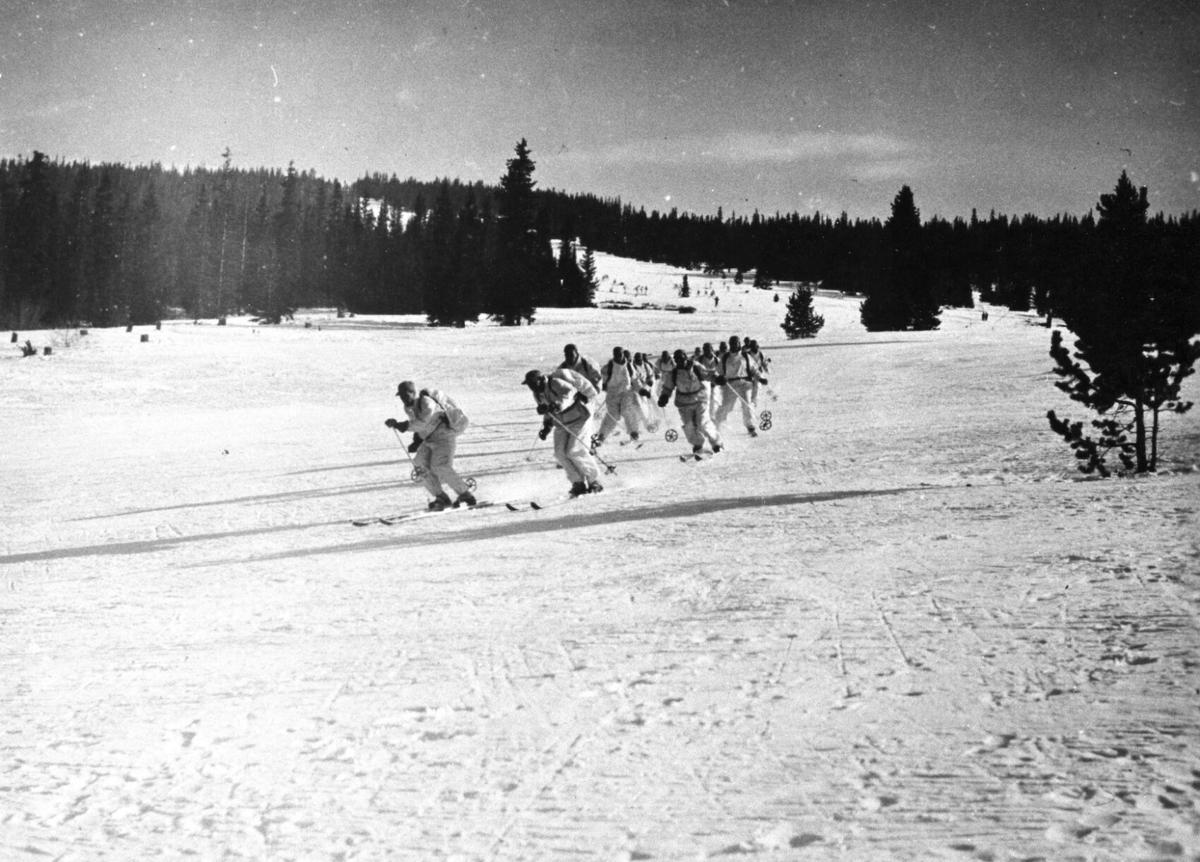 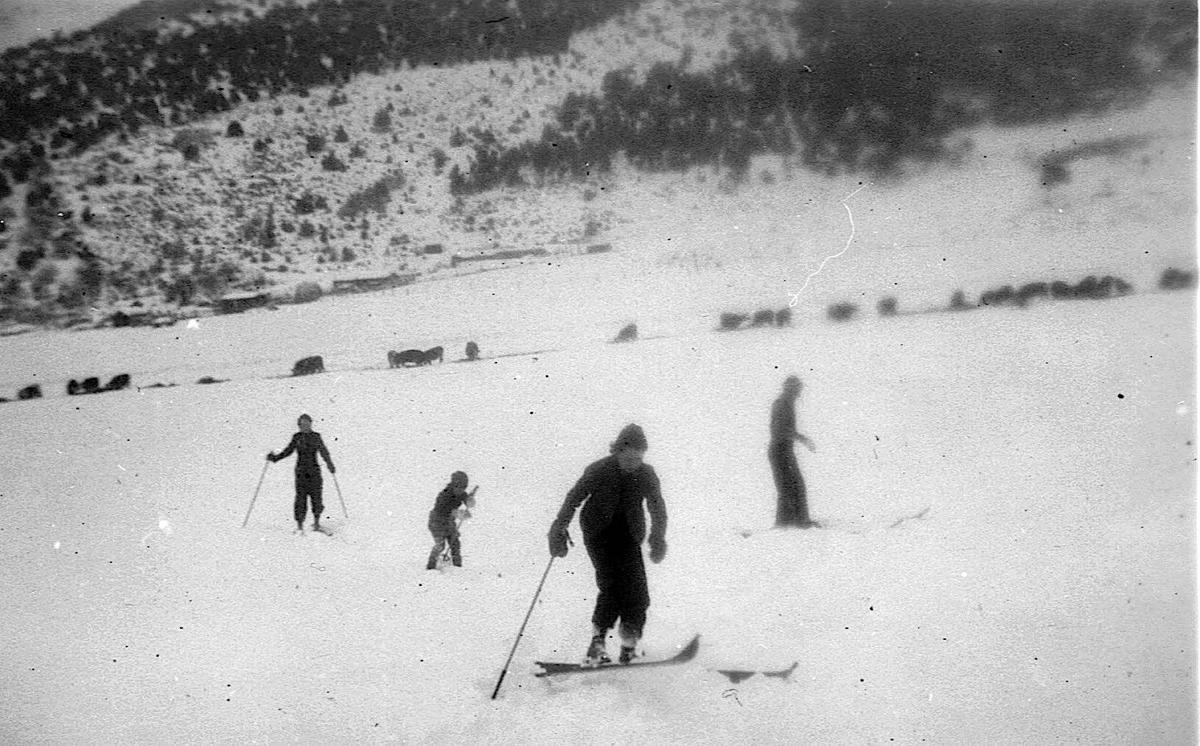 Cross-country skiing in Eagle County, while cattle feed in the background. Date unknown.

Skiing at Cooper Hill near Leadville, probably in the late 1940s.

Students with skis and other winter toys outside the Avon school in the 1920s.

Cross-country skiing in Eagle County, while cattle feed in the background. Date unknown.

“While there, they made a ski run about one half mile in length,” The Daily Sentinel reported on Feb. 3, 1931. The run may have been where the current sledding hill sits on Mesa Creek, east of Powderhorn Mountain Resort.

And, because winter sports in the 1930s often involved ski jumping, the Sentinel said the four men also built a small jump.

There was plenty of precedent for them to imitate in Colorado.

Howelsen Hill near Steamboat Springs was founded in 1914 by Norwegian immigrant Carl Howelsen. It still operates and is known as the oldest operating ski area in North America.

By the 1930s, there were dozens of small ski areas in this state, mostly using rope tows. Some places like Aspen, used a boat tow – a rough wooden toboggan that could seat a half-dozen people and was pulled slowly up the mountain by rope.

But recreational skiing in Colorado didn’t begin with ski areas. It was a natural outgrowth of the use of skis for winter transportation.

Scandinavian immigrants brought the long wooden planks with upturned ends to Colorado and the rest of North America. Although they were cumbersome, many people found the devices, which were initially called Norwegian snowshoes, better for getting around in deep snow than traditional Native American snowshoes.

In Colorado, miners used them to travel to and from their mines when snow was deep. Ministers, mail carriers and midwives all used skis to get around in the high country.

During the late 1860s, Methodist minister and postman John Dyer made a weeklong ski circuit from Fairplay to Alma, then over Mosquito Pass to Oro City, where Leadville would later boom.

But many Coloradans also viewed skiing as a form of sport.

The first downhill ski contests in the United States may have been in Crested Butte and Gunnison in 1886. And there was a racing club formed by local miners at Irwin, near Crested Butte, as early as 1883.

These skiers used simple straps on 10-foot-long skis and a single pole to guide and brake them. They took their lives in their hands when they descended steep inclines.

In the early 1900s, Howelsen and others began to get airborne on wooden slats, and ski jumping became an international sport. There were competitions in Europe, Canada, the eastern United States, Wisconsin and Michigan, Colorado and much of the Rocky Mountain West. It became an Olympic event in 1924.

In the 1930s, The Daily Sentinel reported regularly on these events in Colorado and around the country. It also reported on accidents in the sport, some of which were fatal.

Additionally, stores in Grand Junction advertised skis for sale among their winter goods. Skis were still used for winter transportation as well as sport.

The Sentinel reported on people using skis to check on irrigation reservoirs on Grand Mesa. The four men who hoped to build the ski resort at Mesa Lakes drove by car to about six miles above the town of Mesa, then traveled “the remainder of the distance to the lakes on their skis.”

According to a local history report on the Mesa County Libraries website, Russel Sisac, along with Roy and Edith Sisac, founded the Grand Mesa Ski Club sometime in the 1930s. With help from friends, they also established a rope tow at their Mesa Lakes Ski Run, which eventually became Mesa Creek Ski Area.

Although the 1930s saw the beginnings of many ski areas in Colorado, it wasn’t until World War II and the following decades that ski resorts and recreational skiing really boomed.

Much of that began with Camp Hale near Leadville. It was the training ground for the U.S. Army’s 10th Mountain Division, which distinguished itself in mountain combat in Italy during the war.

To instruct the 10th Mountain soldiers in downhill skiing, the Army built a ski run at the top of Tennessee Pass, with what was then the longest T-bar lift in the world. This was Cooper Hill, which was eventually turned over to civilians and is still in operation today.

Some 10,000 men trained at Camp Hale during its years as a military camp, and a significant number of them helped shape Colorado’s ski industry in the post-war years.

Men such as Friedl Pfeifer and Fritz Benedict helped develop Aspen and surrounding ski areas. Peter Seibert and Robert Parker initially went to Aspen after the war, but later teamed up with others to found Vail.

Other 10th Mountain alumni went to Steamboat Springs, Winter Park, Breckenridge or helped found Colorado Ski Country USA. Gordy Wren worked at Steamboat Springs and other resorts. He also conducted one of the surveys that led the U.S. Forest Service to approve development of Powderhorn on Grand Mesa.

While people around Grand Mesa worked to develop a community ski area at Mesa Creek, other similar small ski areas were being established around the state – near Glenwood Springs, on Monarch, Wolf Creek and Loveland passes and near Durango. The city of Denver spent significant amounts of money to develop Winter Park and to encourage people to ride a ski train to the resort.

But in Aspen, Walter and Elizabeth Paepcke had a much grander idea. They envisioned an international resort that would attract not only winter sports enthusiasts, but intellectuals and music lovers to the one-time mining community.

Working with Pfeifer, Benedict and mining heir Darcy Brown, the Paepckes redesigned the Aspen ski area on a much larger scale than it had seen during the 1930s. Chairlifts were installed and new runs constructed.

Soon, other ski areas began pushing for more than local customers. Steamboat Springs, with its long history of skiing, was among the first. Then Vail was established, opening in December of 1962. Crested Butte, Breckenridge, Telluride, Copper Mountain and Keystone joined in the push to attract skiers from around the country and the world.

Smaller areas such as Powderhorn, Sunlight, Purgatory, Loveland and Cooper Hill also sought outside visitors while continuing to cater to local skiers.

Many other small areas were created and failed. Meanwhile, cross-country skiing has continued to grow, separate from ski areas. Snowboarding has taken off and so has back-country downhill skiing.

By the mid-90s, skiing in Colorado was a multibillion-dollar industry, and it has continued to grow since then.