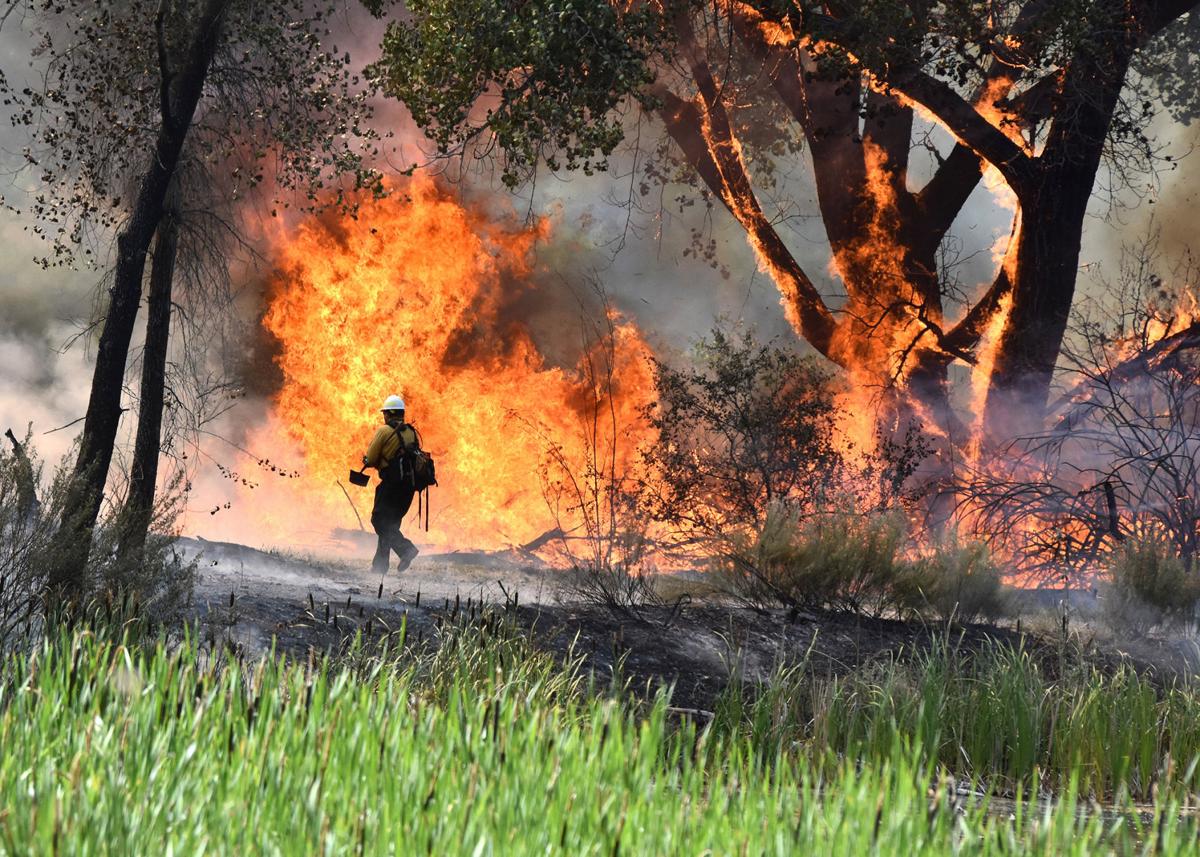 Dale Shrull / The Daily Sentinel A firefighter maneuvers his position while crews battle a fire in Connected Lakes Park near the Redlands Safeway store on Thursday afternoon. 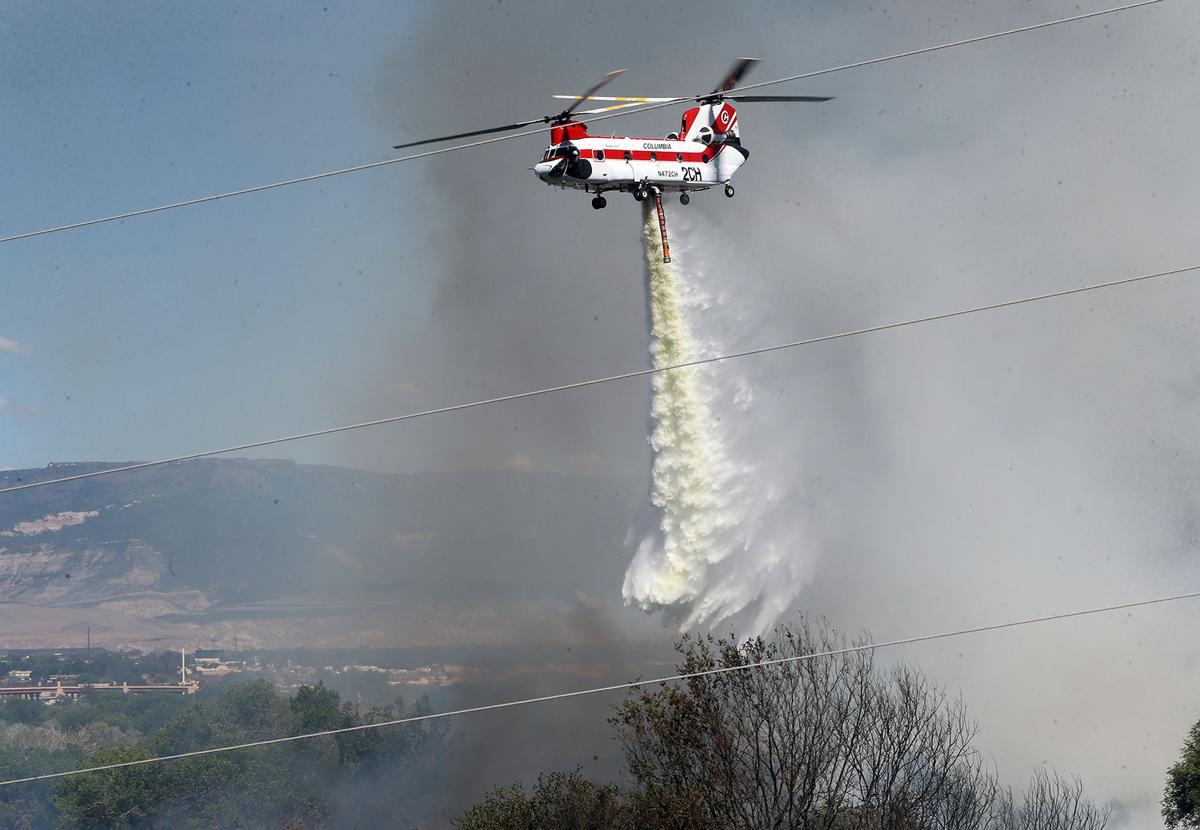 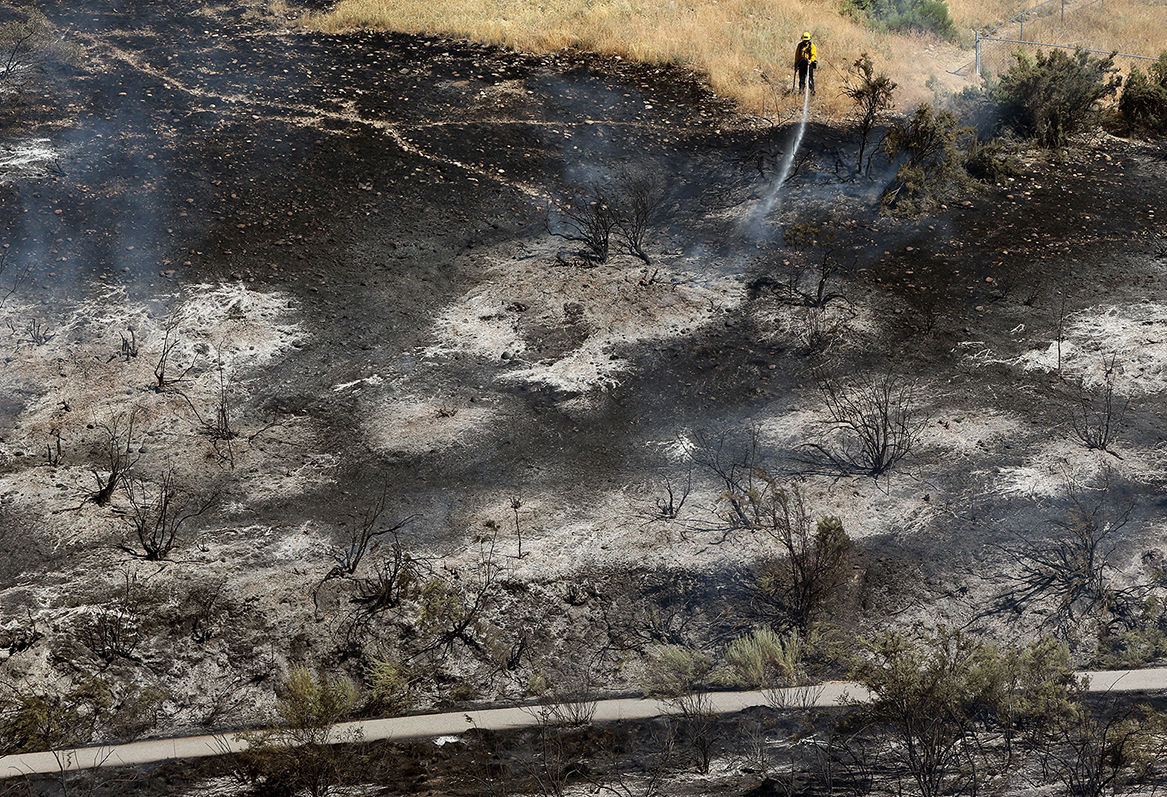 Dale Shrull / The Daily Sentinel A firefighter maneuvers his position while crews battle a fire in Connected Lakes Park near the Redlands Safeway store on Thursday afternoon.

"The fact is that we have to access some very difficult-to-reach areas up along the river and some steep slopes," Clingman said, adding that crews were borrowing a Sheriff's Office boat to get to some of the remaining hot spots along the river.

The source of the fire was an illegal firework set off by a juvenile, said Megan Terlecky, a spokeswoman with the Mesa County Sheriff's Office. No charges have been filed as officials investigate. The blaze started in a draw behind the Riverview neighborhood, Clingman said, and as of about 7 p.m. was around 60 percent contained.

"Thankfully the wind is cooperating with us at this point," Clingman said, adding that the remaining cleanup could last into the evening.

Redlands residents Jason Young and Bonnie Hatch said they were ready to head downtown for Fourth of July festivities at around 3:20 p.m., but when they walked out their door, all they could see was smoke.

The two immediately grabbed hoses and tried to set a perimeter around their home before it was too late, as flames 20 to 30 feet high on the slope near the home grew closer.

"I was freaking out a bit.. It's a fear you never experienced before," Young said.

Clingman said residents were helping neighbors with garden hoses and one family was handing out water to first responders during the fire. All available resources of the Grand Junction Fire Department responded to the fire and got help from Grand Junction police, the Sheriff's Office, BLM, Colorado Parks and Wildlife and others.

Mesa County had entered a red flag warning on Thursday as wind, low relative humidity and dry fuels added to the fire danger.

A remorseful teenager pleaded guilty to fourth-degree arson on Friday, admitting to causing a fire last summer that threatened homes in a Redl…