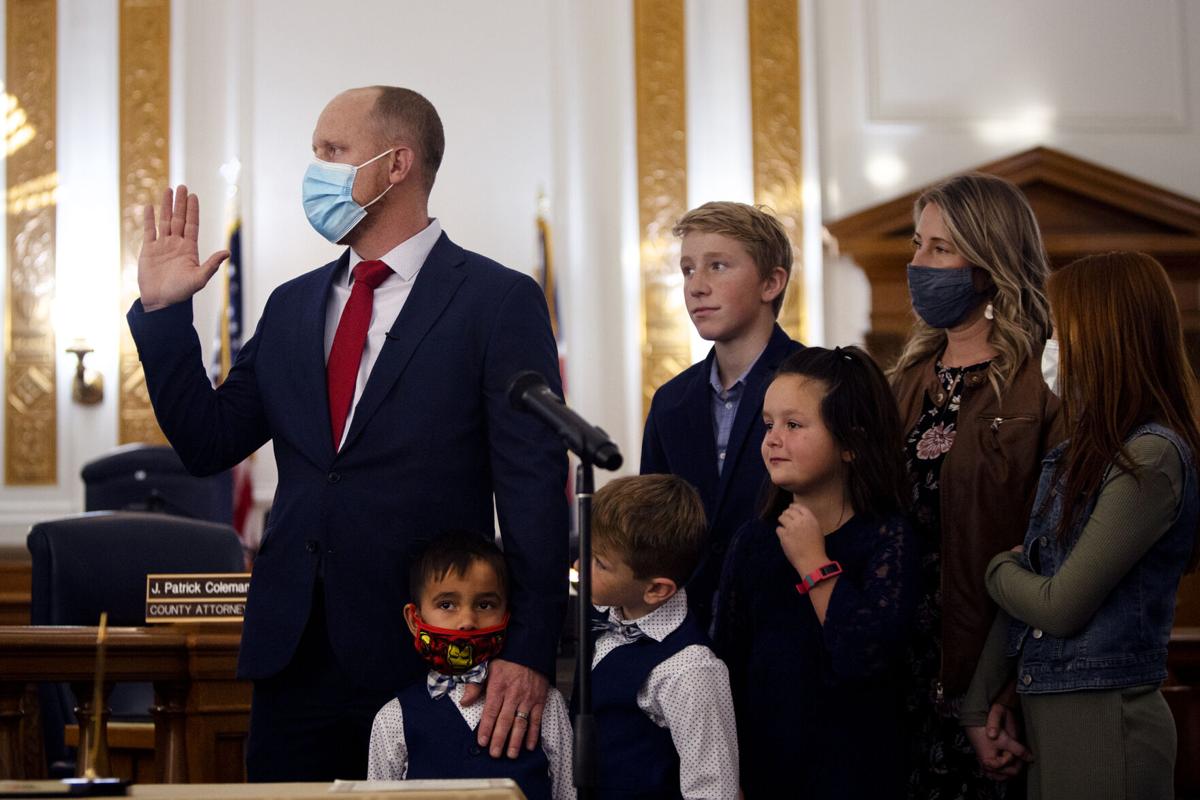 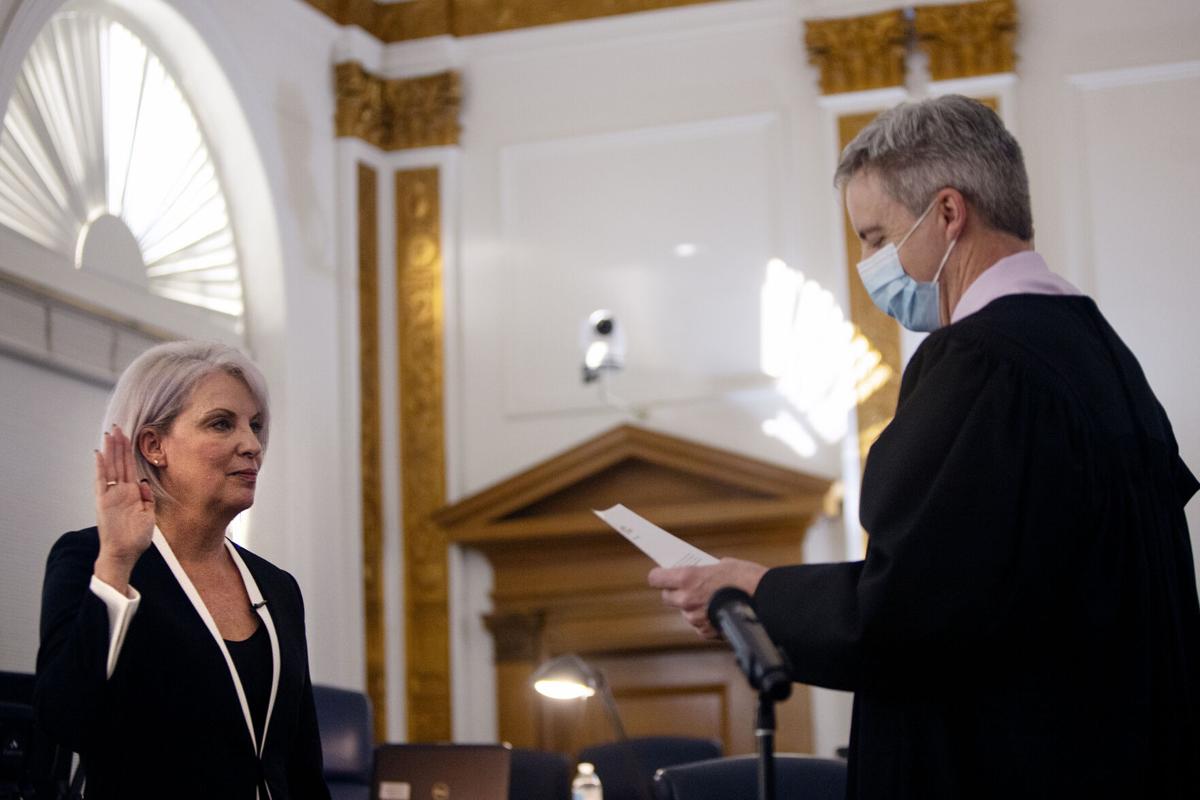 Janet Rowland is sworn in as Mesa County commissioner at the old Mesa County Courthouse on Tuesday.

Janet Rowland is sworn in as Mesa County commissioner at the old Mesa County Courthouse on Tuesday.

Commissioners Janet Rowland and Cody Davis took the oath of office Tuesday, beginning a new era on the three-member Mesa County Board of Commissioners.

Rowland and Davis replace outgoing Commissioner John Justman and Rose Pugliese, who both served two four-year terms and were barred from running again because of term limits.

The two Republicans join Commissioners Scott McInnis on the panel.

McInnis, also a Republican, still has two more years left in his second term before he, too, will face term limits.

Still, it was clear that McInnis hadn’t yet made the transition to the new board when he asked Rowland to give the opening invocation, calling her Pugliese by mistake.

“Well, at least I didn’t call her Commissioner Pelosi, as I did once,” McInnis said to laughter from friends, family and supporters of Davis and Rowland who packed the commissioners’ meeting room on the third floor of the Old Mesa County Courthouse.

In their post swearing-in speeches, Rowland and Davis invited the public to contact them anytime with any concerns.

“If you have questions, concerns, comments, snide remarks, I’ll take them all,” Davis said.

“I’m looking forward to the next four years in serving my community,” added Rowland, who was on the board once before, serving two terms from 2005 to 2013. “Like Cody, I have an open door. So if you have comments, questions, concerns, even snide remarks, please, I’d like to hear them.”

The commissioners have a tradition of rotating who serves as chair of the board each year, and that job is to go to Rowland. McInnis, served in that role in 2020.

In addition, the commission approved what other boards and panels on which the three will serve.

Rowland will serve as the board’s representative to the Criminal Justice Advisory Committee, the Federal Mineral Lease board of directors, the Mesa County Workforce Development Board and the Orchard Mesa Pool Board.

In addition to being the board’s liaison on state legislative matters, Davis’ other board assignments include the Grand Junction Economic Partnership, the Grand Junction Regional Air Service Alliance and the Museum of Western Colorado.

Meanwhile, McInnis will be on the Grand Valley Regional Transportation Committee, and the Parks Improvement Advisory Board, among others.

All three automatically serve on various other special panels, such as the Board of Equalization, the Board of Human Services, and numerous public improvement districts that oversee things from cemeteries to pest control to fire protection in various areas across the county.