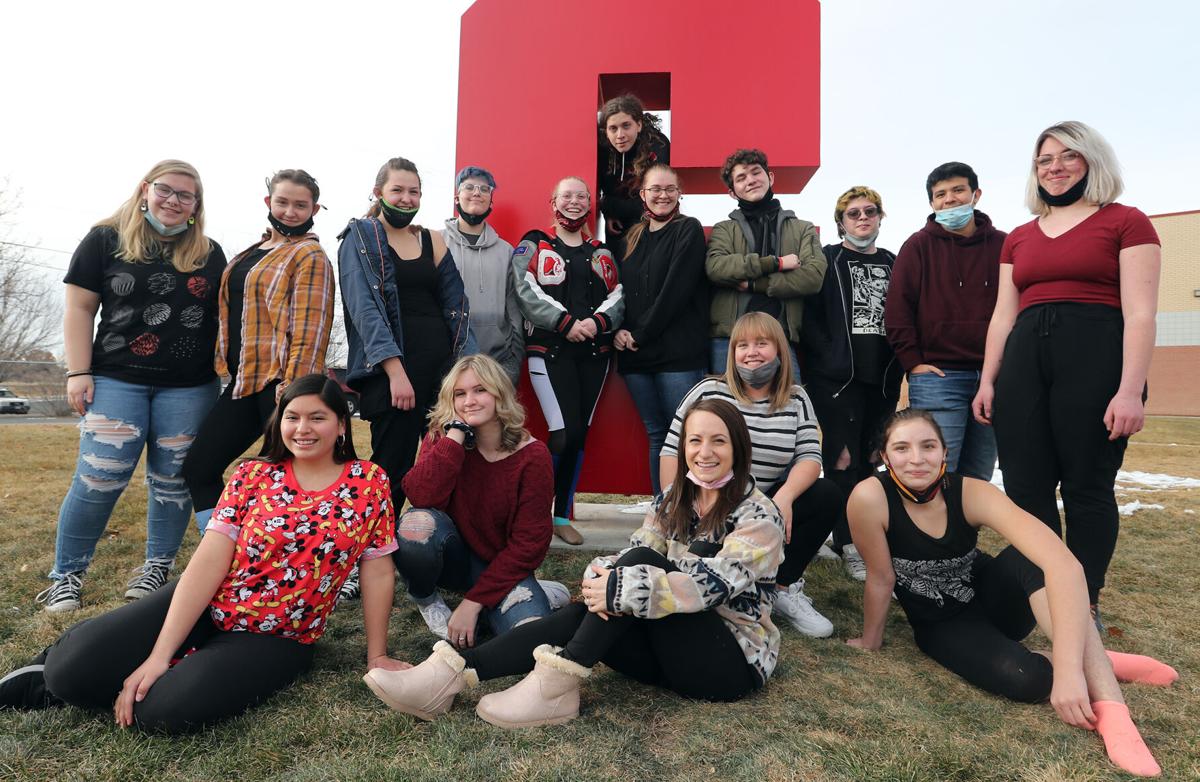 Amanda Meltzer, seated second from right, teaches theater at Central High School. Her students in the photo are the cast of the Central High play. Their production this year is in jeopardy if in-person learning is canceled, removing an important outlet for many students. 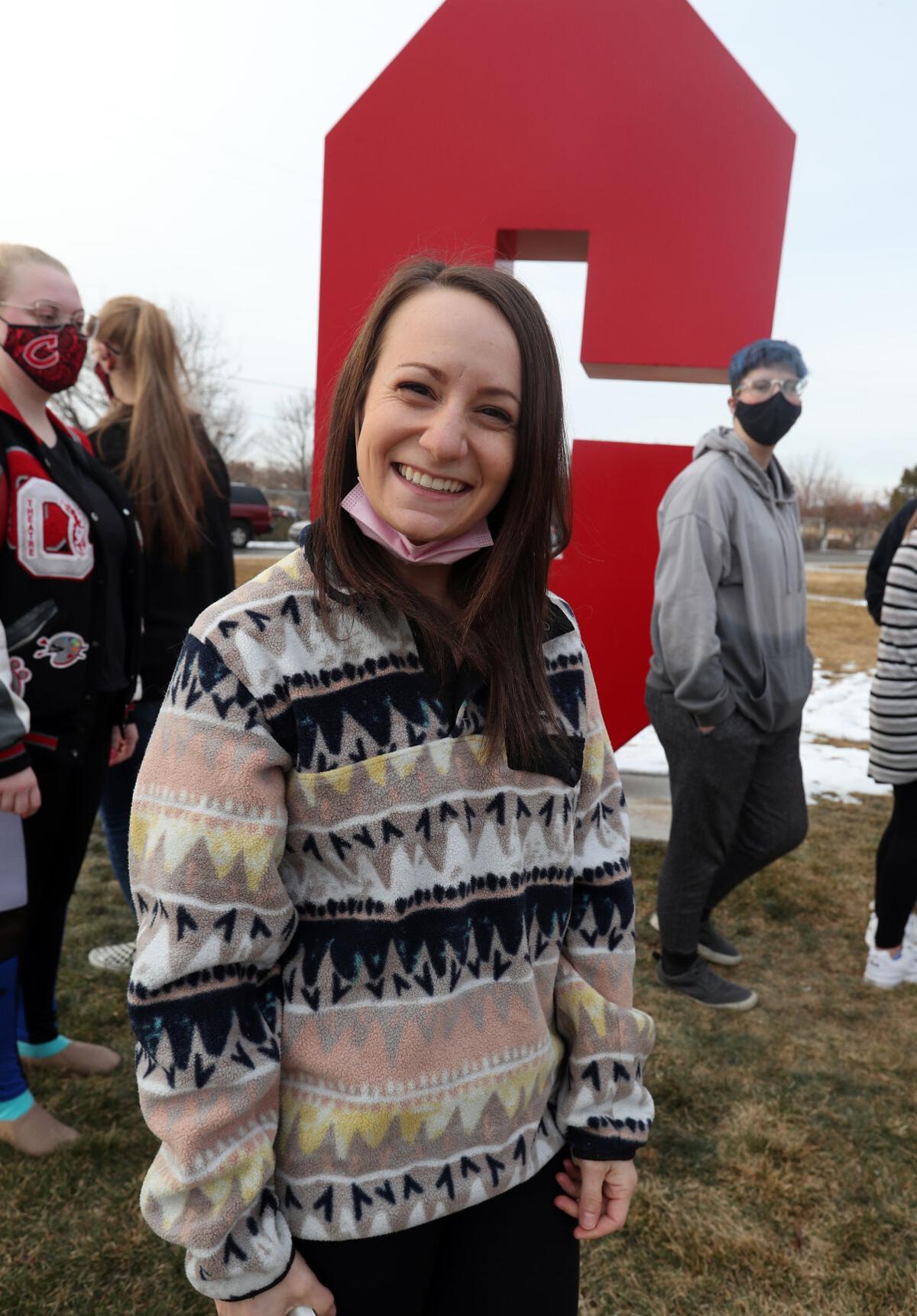 Amanda Meltzer teaches theater at Central High School. She has backup plans for the theater group’s March production, even if it has to be virtual.

Amanda Meltzer, seated second from right, teaches theater at Central High School. Her students in the photo are the cast of the Central High play. Their production this year is in jeopardy if in-person learning is canceled, removing an important outlet for many students.

Amanda Meltzer teaches theater at Central High School. She has backup plans for the theater group’s March production, even if it has to be virtual.

Theater means everything to Central High School senior Caelan Jessop. That’s one of the reasons why the last few months have been difficult.

His outlet has been upended because of the COVID-19 pandemic. Spring theater productions had to be canceled. Then, last semester, the theater department opted for a short film festival instead of a production.’

“I’m panicking, honestly,” Jessop said. “There’s so much that I wanted to do. I feel like I speak for the 30-40 kids in our program when I say that this show means a lot to many people. This is the last chance I have to be on this stage, and I was expecting to have three more shows.”

Clubs and extracurricular activities throughout School District 51 have struggled to adapt to COVID-19 guidelines while retaining the essence of what makes them great. Some have done so to varying degrees of success while others haven’t been able to at all.

Central High is recreating the disco glory of the ABBA-inspired musical, “Mamma Mia!” this spring. Jessop is playing the role of Harry Bright, one of the love interests of the protagonist, Sophie Sheridan.

The performance is slated to run in March, and Jessop’s teacher has done everything she can to meet that commitment.

Now that schools are back to in-person learning, she’s been able to have limited physical rehearsals. Those have just a few kids on stage at a time, socially distanced and wearing masks, while singing and dancing is practiced virtually.

“In theater, actors play off each other’s movements,” Meltzer said. “It’s not ideal, but it’s great that we’re able to be in-person at all.”

Not only that, but theater is a second family to many of the students involved with the production — whether it be the lead roles or the stage hands.

Leobardo Marin Rivera, 15, plays Bill Austin, one of the men who could be Sophie’s father. He echoed Meltzer’s sentiments about why in-person rehearsals are so vital.

Research and learning lines are easy to do at home, he said.

“But at rehearsals, you learn how you move, how you act and how you perceive the world as your character,” Marin Rivera said.

Meltzer has been able to negotiate with the company that owns the play to work out royalty fees and get a new contract that has a later expiration date. That way, there’s a contingency plan in case Central High is forced to go remote for a couple of weeks.

Still, she feels for her students who want to have the full theater experience.

“It’s tough to do this virtual, but I think that the students are excited to be back,” Meltzer said.

Other clubs have faced similar roadblocks during the pandemic. But, like Central High theater, they’ve adapted.

Tracy Seremak is a teacher at Palisade High School and sponsor for the Youth Activists Club. Some students approached her over the summer about being positive activists in the community.

Their first campaign was putting together an effort to register students to vote, and the second one is creating personal care packages for the homeless population.

The group’s numbers dwindled when the high school went to remote learning last fall and the club went to Google Meets. But a core group of students remained.

“The group pretty much runs itself. They have issues that they’re passionate about like human rights, and that drives them,” Seremak said.

Some clubs haven’t been able to adapt, though.

Rob Pizem, a science teacher at R-5 High School, is also part of the R-5 Outdoors Club. Pre-pandemic, they would go on hikes, camp in the wilderness, rock climb and learn about the outdoors.

“My favorite trip is where a learner overcomes a fear,” Pizem said. “They didn’t think they’d make it and they do. It’s amazing.”

But the group has been idle since COVID-19 first struck and all field trips were canceled in March. That’s tough for him, other teachers and the students.

R-5 is an alternative high school, so many of its students have jobs or other big responsibilities.

“A lot of them are adultified, and this gives them an opportunity to be a kid,” Pizem said. “Usually, they go on one trip and fall in love. Many of them have gone on to pursue outdoor education.”

Realistically, the group won’t be able to return until August, and that’s frustrating for Pizem.

“A pandemic is a pandemic. It’s lame, but we’ll be ready,” he said.

The people who make these clubs less like extracurricular activities and more like outlets and families are keeping their heads forward as much as they can.