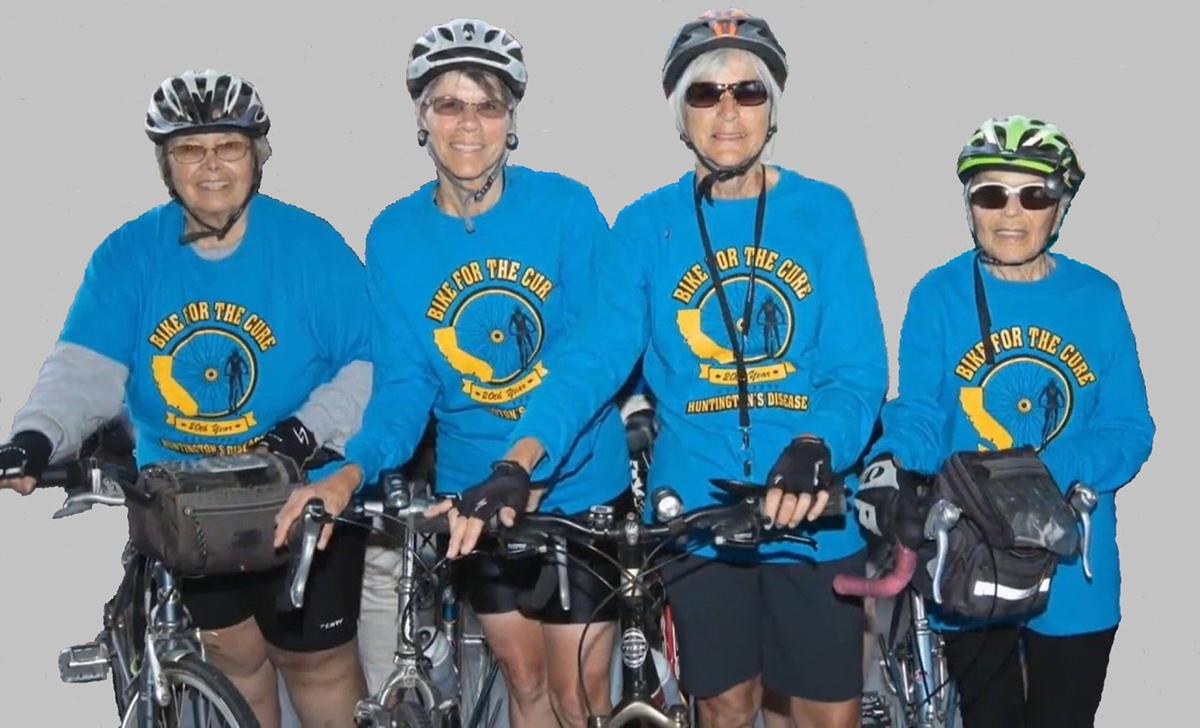 special to the sentineL

From left, Bike for the Cure founder Marie Nemec, Sherri Kole, Mary Ann Taylor and Charlotte Reicks. Nemec and Reicks are from Grand Junction and have participated in “Bike for the Cure” for 20 years. 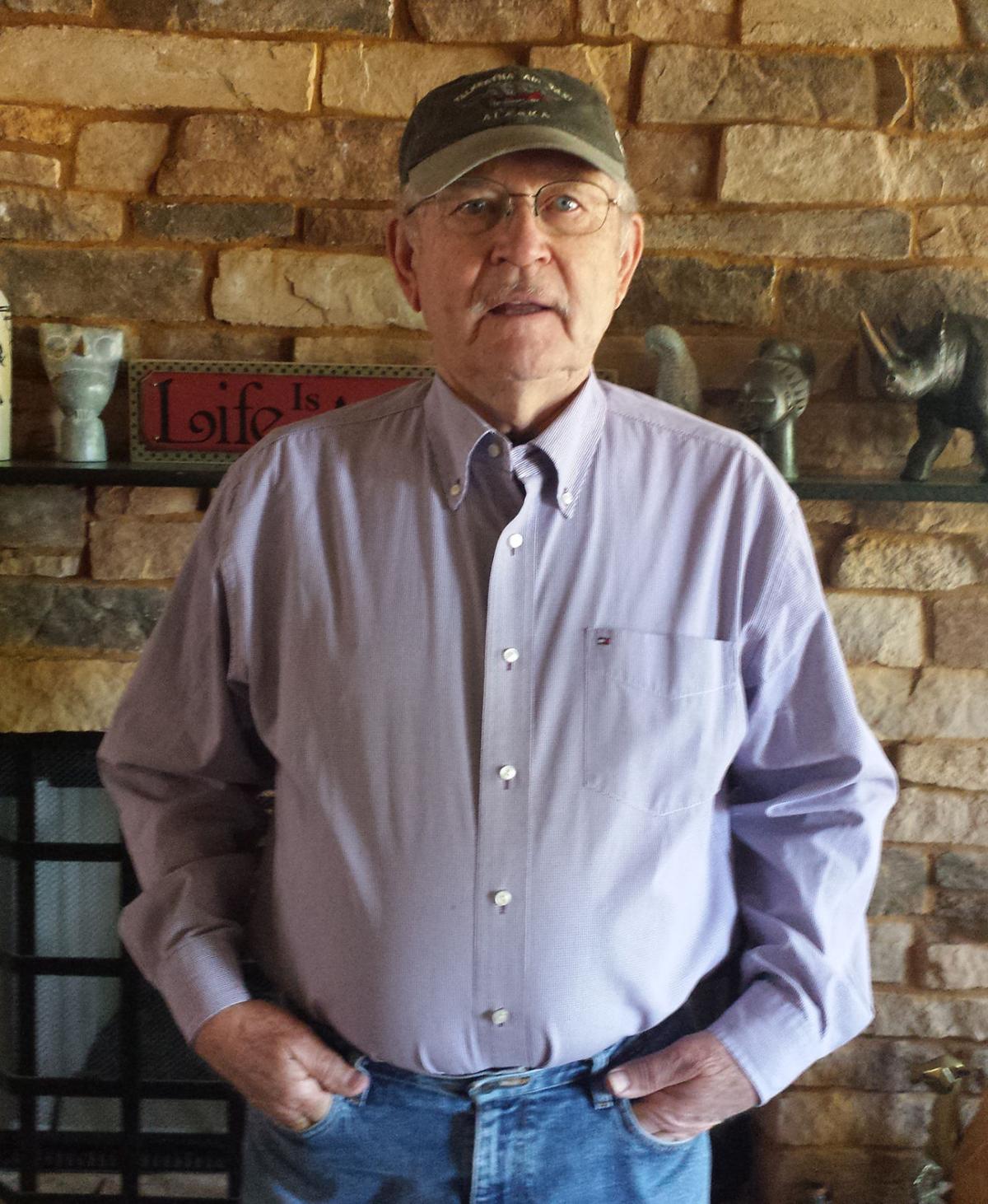 Larry Luebke, who lost his mother and three siblings to Huntington’s disease, moved to Collbran with his wife, Judy, in 1996.

special to the sentineL

From left, Bike for the Cure founder Marie Nemec, Sherri Kole, Mary Ann Taylor and Charlotte Reicks. Nemec and Reicks are from Grand Junction and have participated in “Bike for the Cure” for 20 years.

Larry Luebke, who lost his mother and three siblings to Huntington’s disease, moved to Collbran with his wife, Judy, in 1996.

For decades Larry Luebke lived with the fear he would inherit Huntington’s disease — the debilitating disease that led to the death of his mother and three of his siblings. Offspring have a 50% chance of inheriting the gene that causes brain cell degeneration, resulting in the loss of ability to walk, talk, reason and swallow.

Growing up in Nebraska, the oldest of nine children, Luebke recalled first becoming aware of the progressive disease around age 12. Huntington’s also includes symptoms such as depression, anger and anxiety. Luebke said it was “traumatic” seeing his mother and three siblings suffer — all of whom died in their 40s.

“It did a lot of things to my psyche that you never recover from,” Luebke said. “It impacted our family’s economic situation. I left home at 14 (to work on another farm to help support his family) always wondering when it was going to hit me. I had that fear from the time I was very young.”

Over the years, Luebke tried to avoid thinking about his family’s painful history, and in 1996, moved to Collbran with his wife Judy.

In 2001, Grand Junction residents Marie Nemec and Charlotte Reicks contacted Luebke, after the two women met his nieces at a HD Society of America convention in California. Nemec and Reicks invited Luebke to share his perspective at a local HD support group, which meets several times a year at the First United Methodist Church in Grand Junction. There are about a dozen families on the Western Slope affected by Huntington’s disease.

“I wanted to walk away and forget about it all, but when I was going through all this there wasn’t much information available,” Luebke said. “Then I became aware of the three nieces that ended up with HD. I hate to see other people go through the same thing I did. We can help people get good information. That’s why I decided to get involved. I also felt I really owed it, like a debt, because I was spared.”

In 1999, Nemec, 76, started the annual “Bike for the Cure” — a long-distance bike ride to boost awareness of Huntington’s disease, and raise funds for family services and research toward a cure. Reicks, 84, joined the ride in 2001.

The route varies each year (it has ranged from 450 to 3,000 miles), ending up wherever the annual HDSA convention is taking place. Reicks and Nemec take turns pedaling versus driving a SAG van carrying supplies such a clothing, food and bedding, spending the night in churches along the way.

Vince Birth, of Grand Junction, said he has found the support group beneficial. His 61-year old wife, April, was diagnosed with HD in her late 30s, and can no longer walk or feed herself. Her arms flail about uncontrollably due to chorea, (involuntary jerk-like muscle movements) another symptom.

Before his wife’s diagnosis, “there were some cognitive issues, although we didn’t quite realize it at the time,” Birth said. Plus, “she was getting more stubborn.”

People with Huntington’s disease are commonly mistaken for being intoxicated.

“People are often misdiagnosed initially,” said Robin Slater, a licensed professional counselor who provides professional support and contact information at the meetings. “Those with Huntington’s disease often don’t want to be tested, or outed. A lot of people don’t want to know.”

“We’re really there for that emotional support,” Slater said.

While there’s no cure, Kareus said there are medications patients can use to address the paranoia and psychosis that often manifests, as well as medicines to help control the involuntary movements.

Bike for a cure

After years of caring for April at home, in 2015, Birth, 77, placed April at the San Juan Living Center in Montrose – the only facility in the region he said would accept her.

Until the coronavirus forced the center to restrict visitation, Birth would drive every other day from Grand Junction to Montrose to spend the day with April. He said he fears she’ll feel abandoned during the time he is not permitted to visit.

The legendary folk singer Woody Guthrie died of Huntington’s disease in 1967. His widow, Marjorie Guthrie, founded the Committee to Combat Huntington’s disease, which, in 1983 became the Huntington’s Disease Society of America. The HDSA presents new research findings and keynote speakers at its convention, which this year was to be held in New Orleans.

However, due to the global pandemic, the convention will now be “virtual” – prompting Nemec and Reicks to skip the ride this year. Their friends, Idaho resident Sherri Kole, 64, and Mary Ann Taylor, 65, of California, are still planning to go.

It will be Kole’s 10th Bike for the Cure, and Taylor’s fifth.

This year’s route covers a distance of 444 miles along the Natchez Trace Parkway, from Nashville, Tennessee to Natchez, Mississippi. While typically the bicyclists would leave in May, this year’s departure date is undetermined — contingent on stay-at-home orders.

“Sherri and I are committed to riding from Nashville, Tennessee to Natchez, Mississippi,” Taylor said. “We hope to go in early June.”

For more information or to donate, visit: www.hdsa.org/bikeforthecure