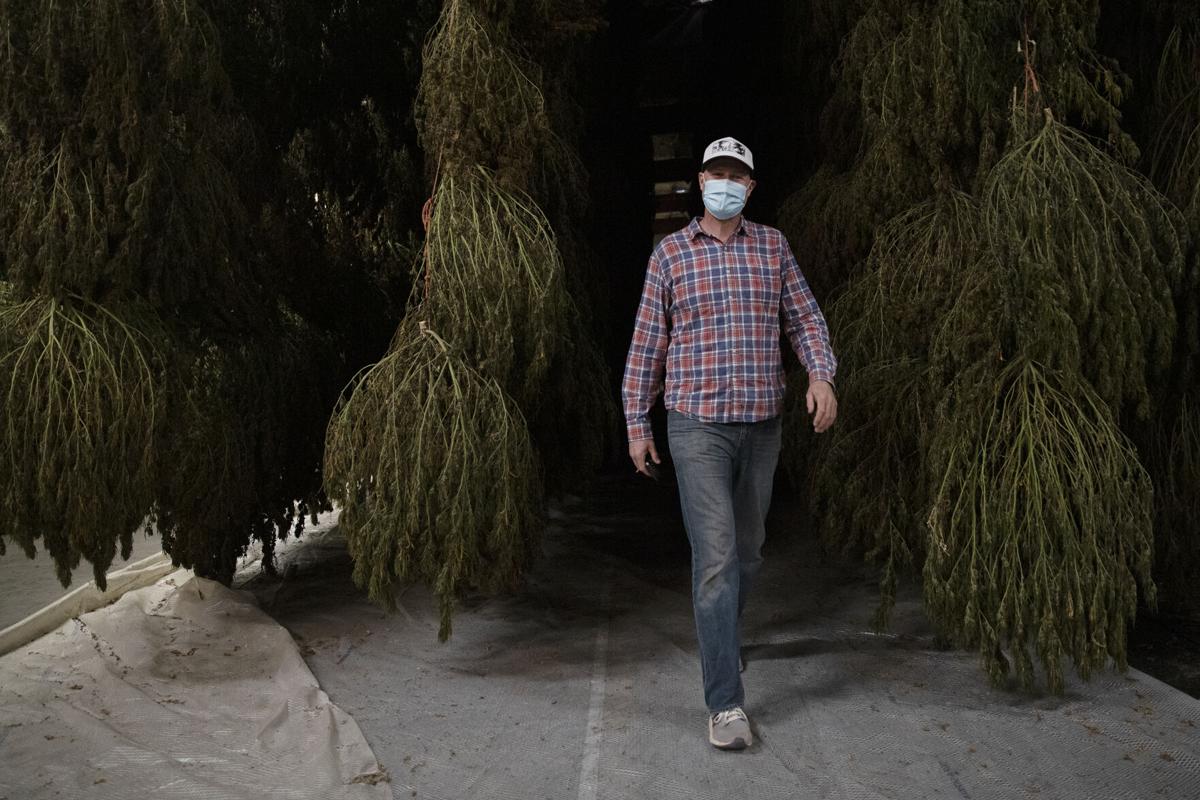 Nick Coleman walks through a tunnel of drying hemp at the Desert Flower Farms hemp facility. 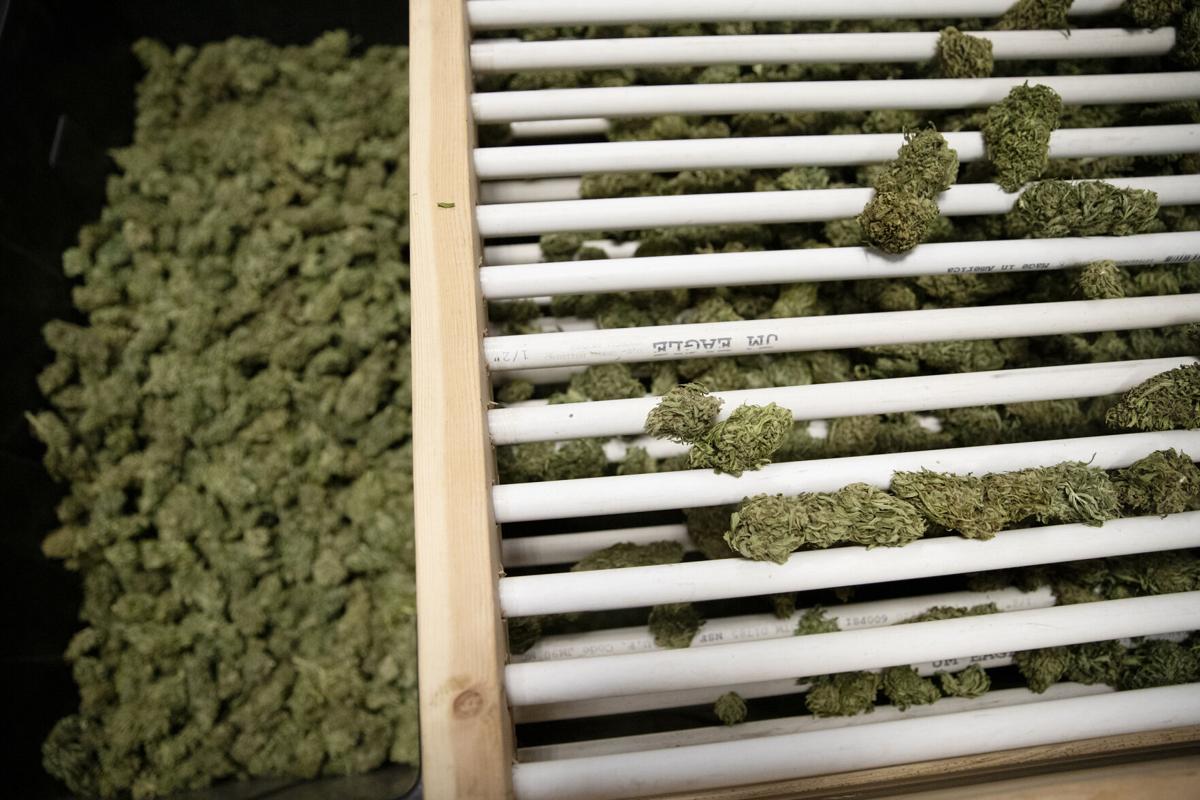 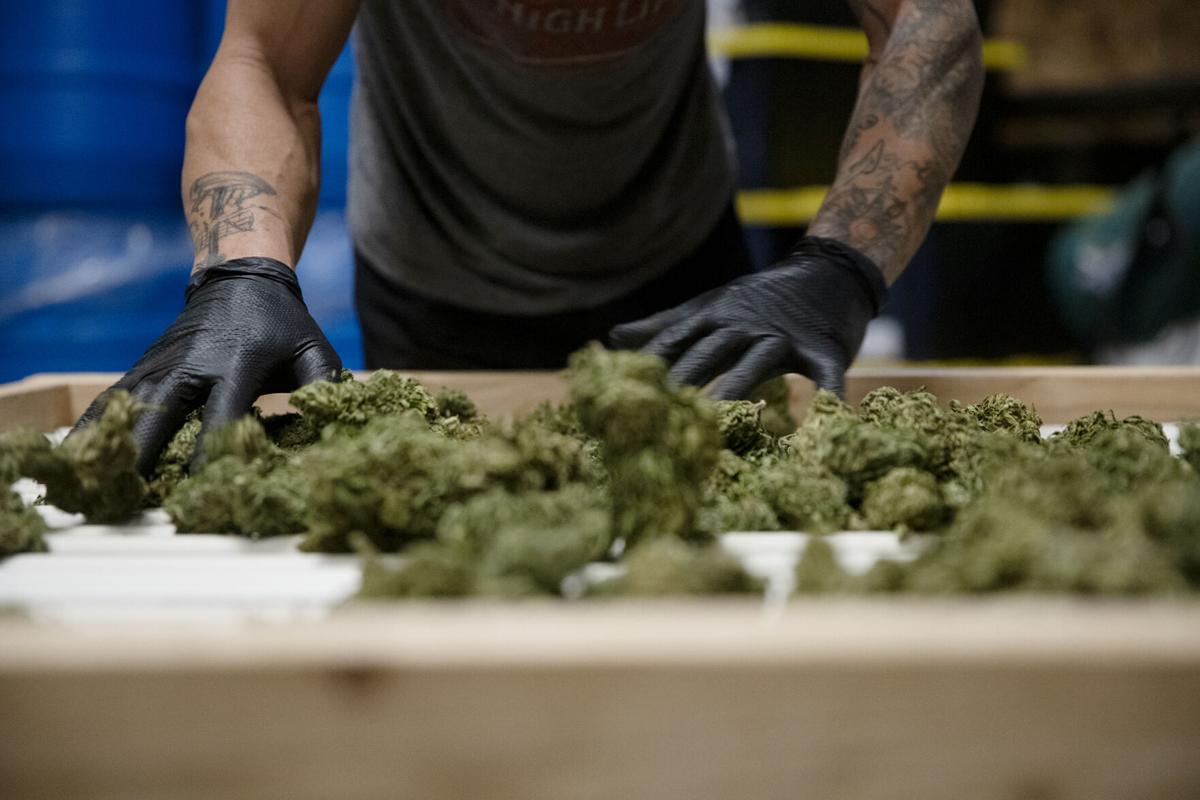 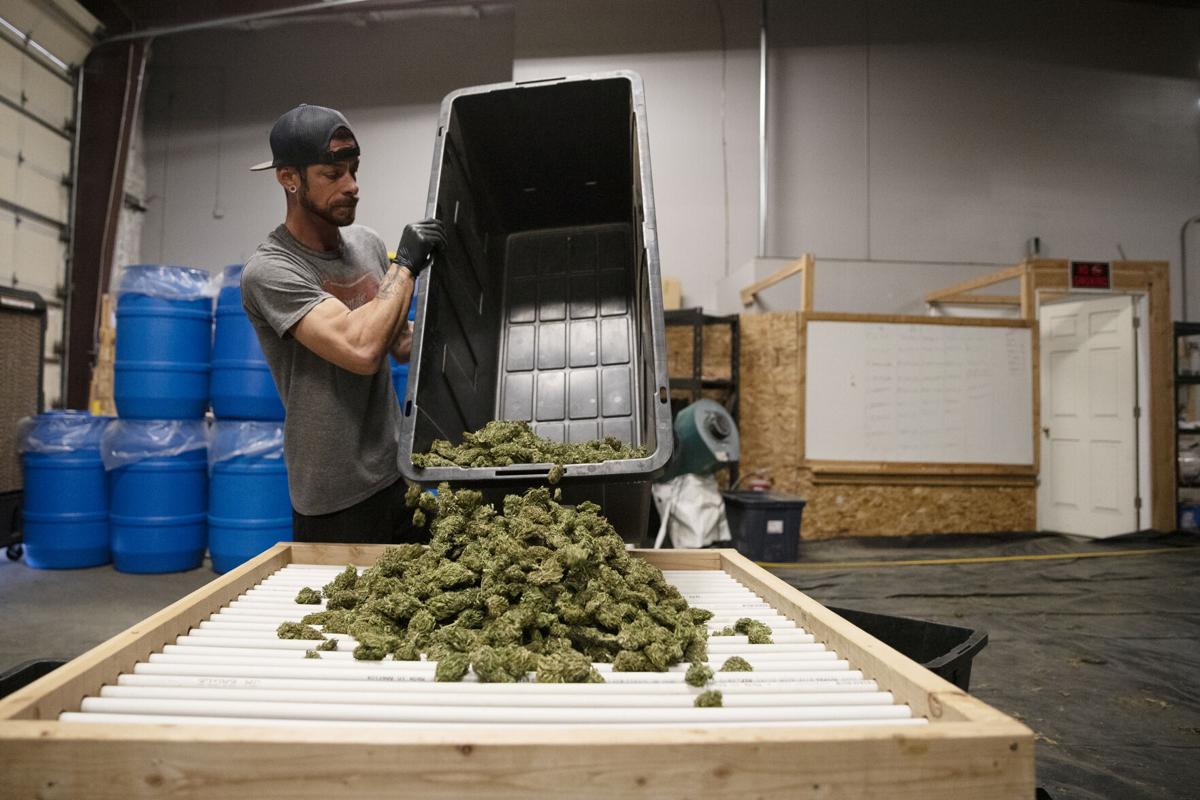 Joey Gant dumps a container of hemp onto a sorting table to separate the hemp flowers by size.

Nick Coleman walks through a tunnel of drying hemp at the Desert Flower Farms hemp facility.

Joey Gant dumps a container of hemp onto a sorting table to separate the hemp flowers by size.

Four acres of hemp is hung and drying.

It’s the final step in the growing process before it moves to the CBD extraction stage.

Nick Coleman, 42, just smiles when he looks over a much smaller harvest than 2019.

“Last year we were scrambling to get the harvest in before the freeze,” he said.

Dropping acreage had nothing to do with the workload through. With a severe market contraction in the hemp industry, Coleman said it was all about viability and surviving.

“By going down, it kept us afloat,” he said bluntly. “We just contracted to see what was going to happen.”

The hemp industry is struggling with a lot of unknowns now. A quick trip around West Slope farming areas in 2019 showed thousands of acres of hemp fields. The result was a market adjustment and the demise of many hemp operations.

Austin Goodman, co-founder and CEO of American Standard Hemp in Grand Junction, said the market contraction was good for the industry.

“Everyone saw it as the new golden cash crop.”

Like many, Coleman was intrigued by the hemp industry back in 2017. He was one of the many new players with little or no experience in agriculture that decided to make the leap into the hemp industry

Coleman even switched careers, going from construction, where he was a general contractor, to growing hemp.

“I found the transition pretty easy, there’s a lot of overlap between agriculture and construction,” he said. “It really comes down to rolling up your sleeves and getting to work and being able to manage a project.”

Making the leap made sense at the time.

“It was new, it was an emerging market, emerging industry, and that’s why it got over-saturated,” he said. “Eventually, it’s going to stabilize and where that price point is really remains to be seen.”

He’s now partnered with his brother Joey Coleman who operates KAI CBD, which launched its first product a couple of months ago.

Joey Coleman said decreasing from the 40-acre operation, which produced around 80,000 plants, was the right move.

“My brother did well but it was overwhelming and high stress,” Joey said. “I think the way it shrank from last year to this year benefits us. (The market) was so saturated and quality was all over the board because of that too.”

Goodman said less people in the local hemp and CBD industries is a good thing.

“The issue taking place here, was people didn’t come to realize how hard it is to produce a high quality CBD product,” he said. “It’s been nice to see what remains here in the industry.”