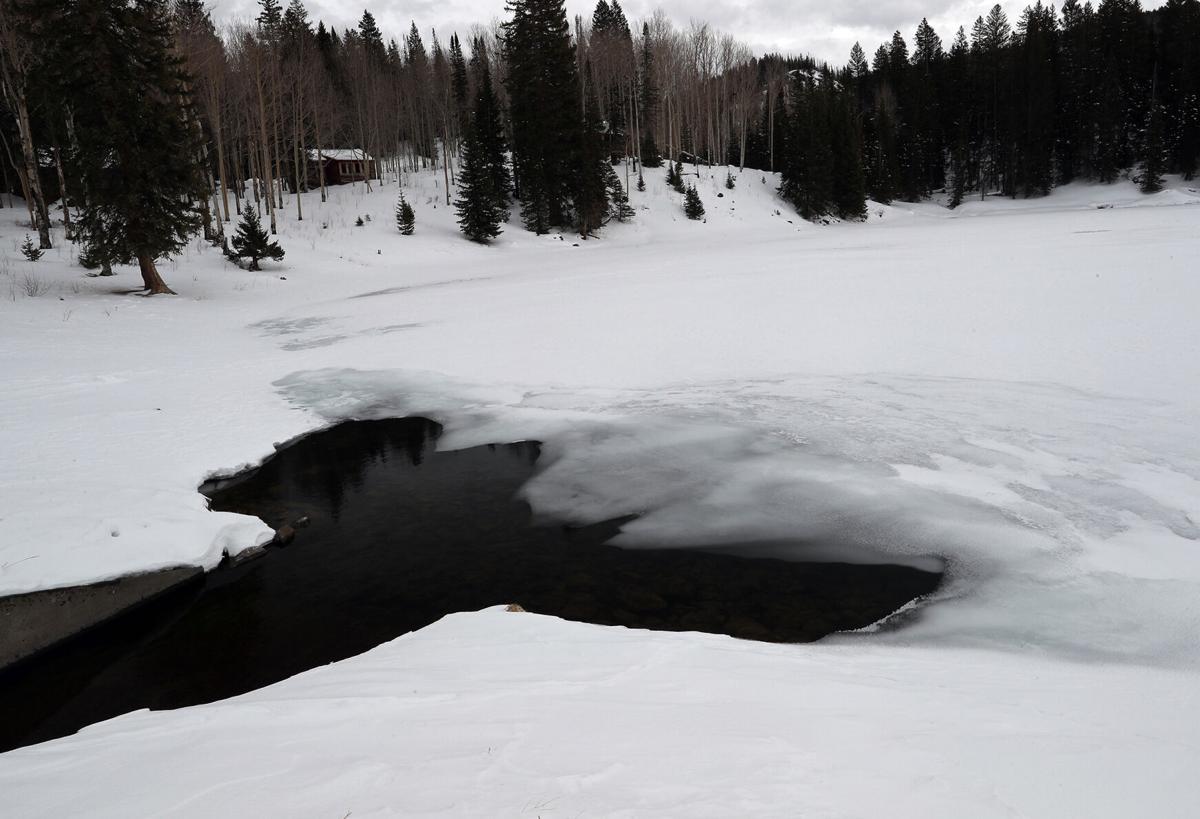 Beaver Lake at Mesa Lakes Resort on the Grand Mesa is at 9,870 feet in elevation. 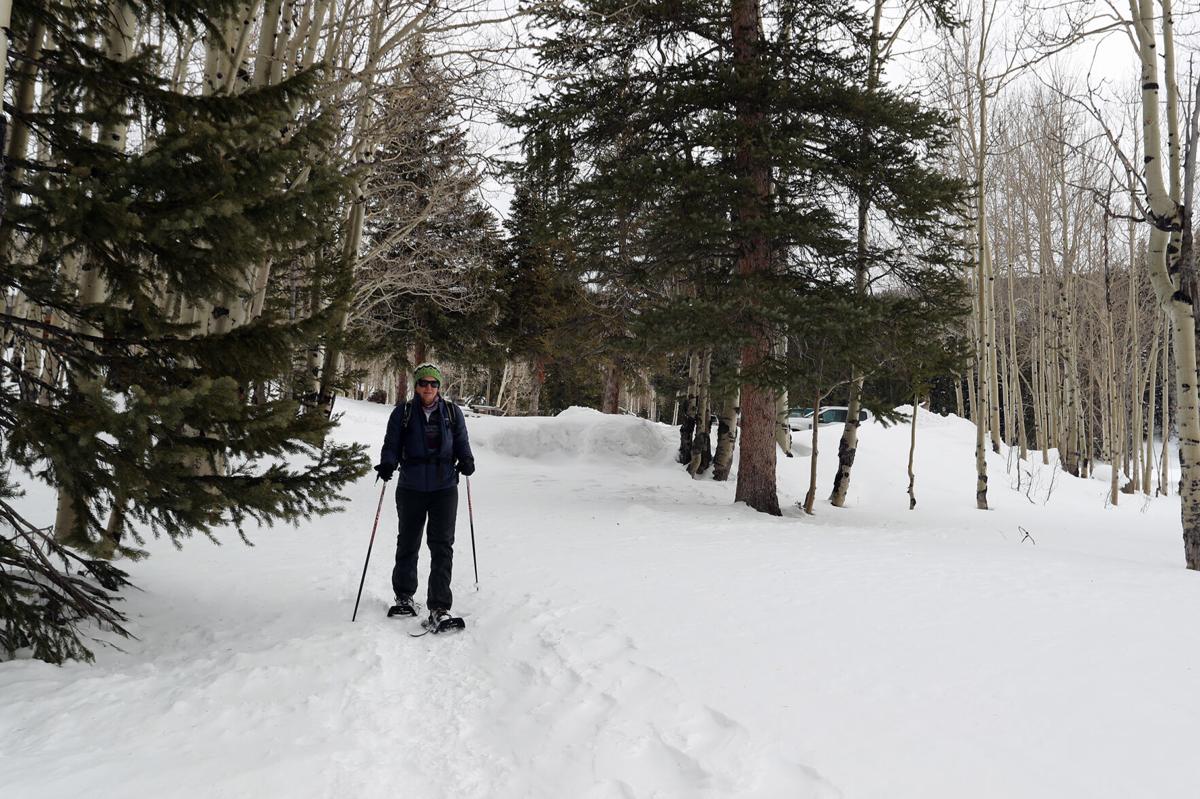 A winter adventurer snowshoes on the Grand Mesa at Mesa Lakes Resort at 9,870 feet elevation.

Beaver Lake at Mesa Lakes Resort on the Grand Mesa is at 9,870 feet in elevation.

A winter adventurer snowshoes on the Grand Mesa at Mesa Lakes Resort at 9,870 feet elevation.

Colorado’s snowpack this winter continues to lag behind normal — much less the above-normal amount needed for the state to escape from a continuing drought — but it has improved thanks to recent storms, and more moisture is on the way.

Snowpack in the state as of Wednesday was at 85% of median, according to the Natural Resources Conservation Services. That’s up from 74% just under a month ago, and reflects a wetter recent weather pattern that has dropped multiple feet of powder on some Colorado ski areas.

Snowpack levels have shown similar increases in the Upper Colorado River and Gunnison River drainages, which now sit at 82% and 79% of median, respectively. The Gunnison drainage currently is the driest major basin in the state, with the Upper Rio Grande Basin having the highest amount of snowpack at 103% of median.

Tom Renwick, a forecaster for the National Weather Service in Grand Junction, noted that a series of weather systems are due to move through the state starting late today. The second one, now expected to arrive Saturday evening, “really looks like it’s got a lot of precipitation with it,” he said.

A third storm expected to show up Monday night doesn’t look as promising, Renwick said. “Still, anything we can get will help,” he said.

He thinks that if the three systems deliver as now expected, they could push the state close to normal snowpack for this time of year.

In a monthly webinar put on this week by Colorado State University’s Colorado Climate Center, Peter Goble, a climatologist with the center, also indicated the forecasted storms could improve the snowpack situation in the state.

But he reiterated what water-watchers have been saying all winter — that even if the snowpack in the state reaches normal levels before seasonal accumulations peak in a few months, that likely would result in below-normal runoff levels due to dry soils and low base flows in streams as a result of continuing drought.

“Even if we have normal snowpack on April 1, that doesn’t guarantee recovery” from the drought, he said.

The NRCS said in a news release last week that average streamflow forecasts in Colorado based on current snowpack range from 55% of average in the combined Yampa-White river basin to 80% in the Upper Rio Grande basin.

Low soil moisture levels and their streamflow impacts are of concern to the Ute Water Conservancy District, the Grand Valley’s largest provider of domestic water.

“The ground is going to take what it can before it gives us any,” said district spokeswoman Andrea Lopez.

The district tries to rely on the Jerry Creek reservoirs in the Plateau Valley as its primary water supply because of the high quality of the water that fills them. Lopez said those reservoirs are currently doing pretty well, considering the drought that kicked in last year, and are now 95.5% full. But she said that percentage will go down.

Snowpack levels at NRCS measurement sites on Grand Mesa, which feeds those reservoirs, range from 62% to 72% of normal.

Ute Water probably will eventually have to pull water from watersheds that aren’t its first choice, turning to the Colorado River, and mixing that water with water from the Jerry Creek reservoirs.

That affects its water quality and is more expensive due to the pumping and extra treatment that is required.

The Ute Water board could end up deciding to impose drought rates if needed.

“It’s a communitywide effort that’s going to have to happen in order to hold on to what (water) we have,” she said.

According to the NRCS, reservoir storage at the end of January in the state was at 80% of average for this time of year. The Bureau of Reclamation currently expects runoff into Blue Mesa Reservoir to be at 70% of average between April and July, and for the water level at Blue Mesa to top out this year at 576,000 acre feet, out of a reservoir capacity of 830,000 acre feet.

NRCS says below-normal snowpack in the state likely is associated with current La Niña weather conditions. Those conditions are associated with above-normal surface water temperatures in the equatorial eastern Pacific Ocean. In a monthly water supply outlook report for Colorado, the NRCS says that “there is an increasing chance that the 2020 La Niña may weaken by spring, which could improve prospects for more substantial late winter and springtime storms.”

Renwick said that in La Niña winters, if the Western Slope is going to get precipitation it typically happens as the state starts heading into spring, “which is exactly what is happening.”