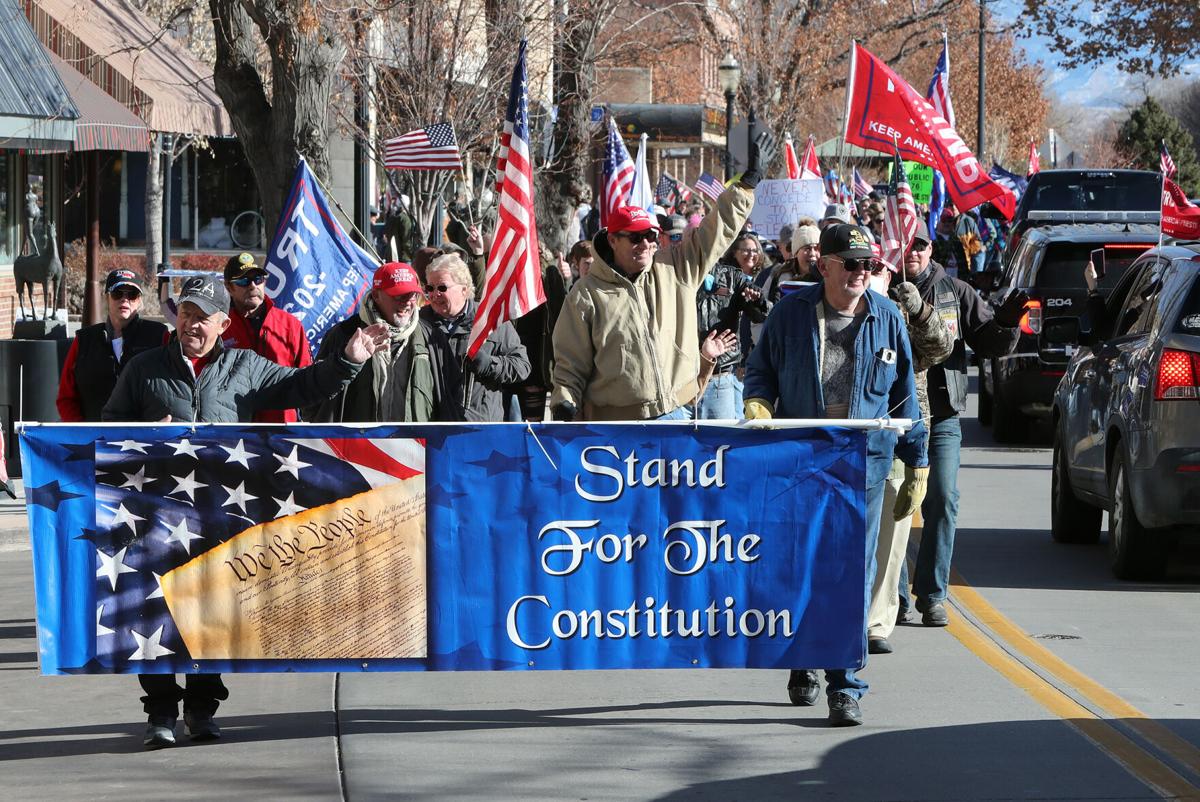 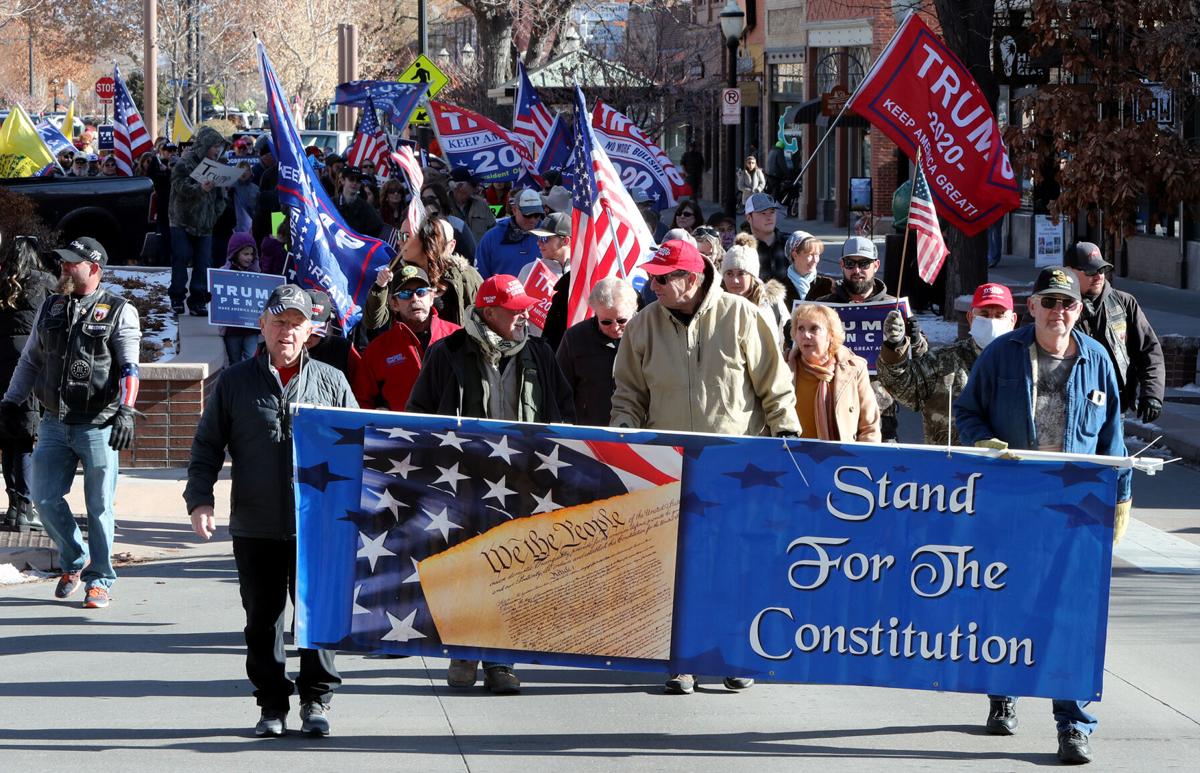 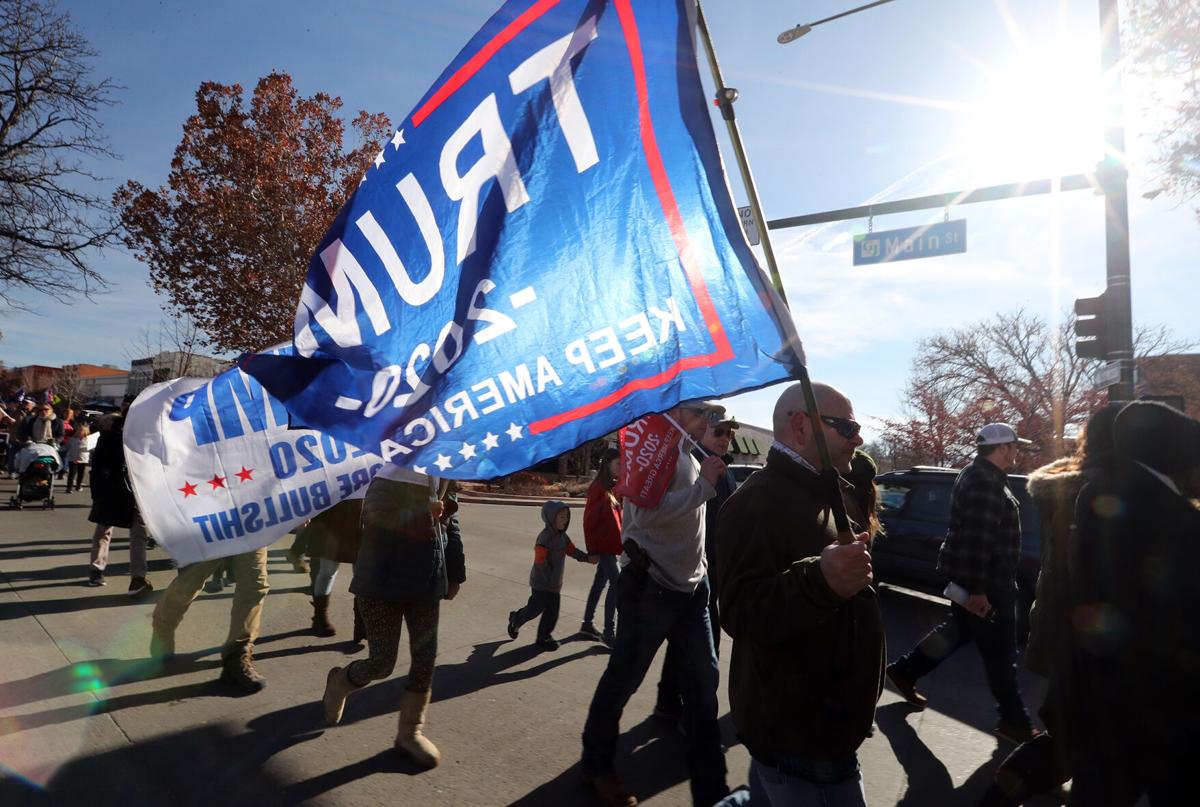 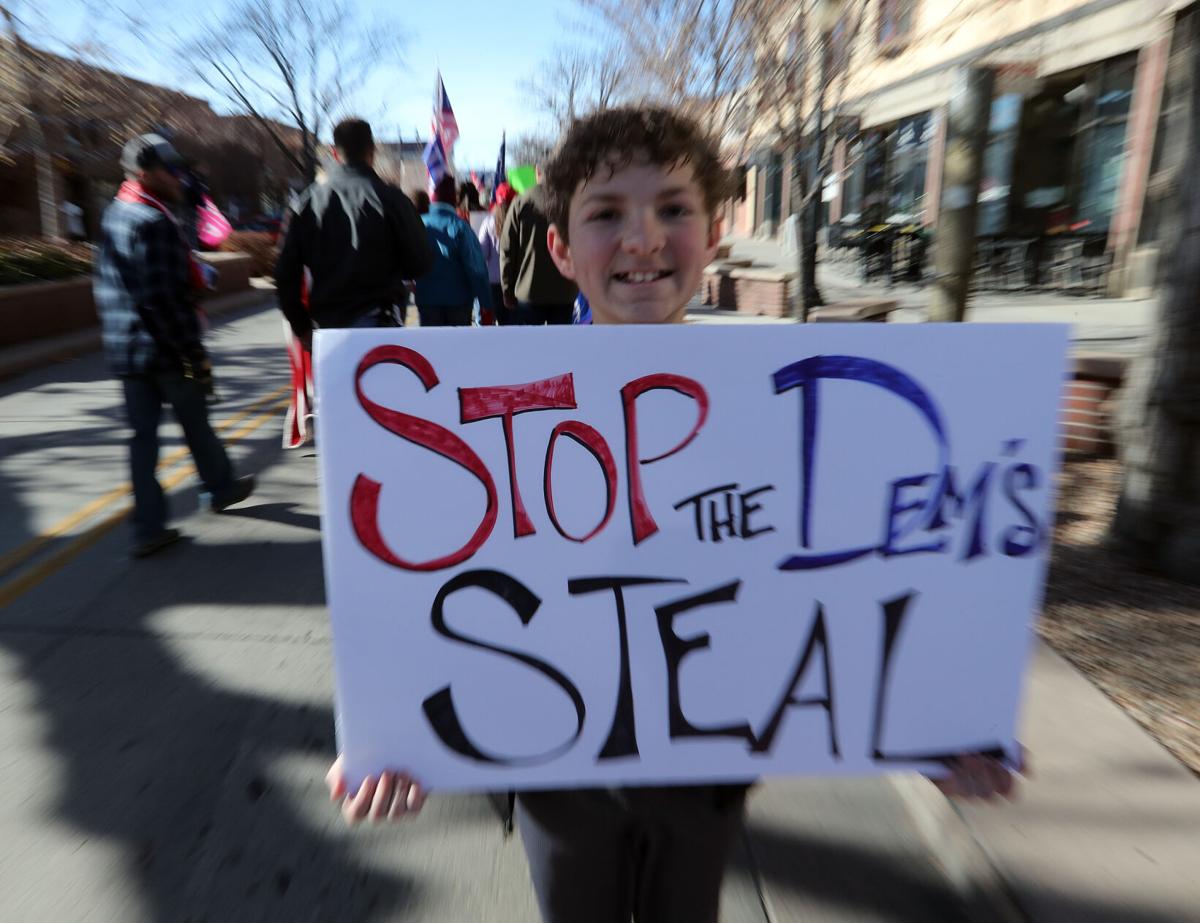 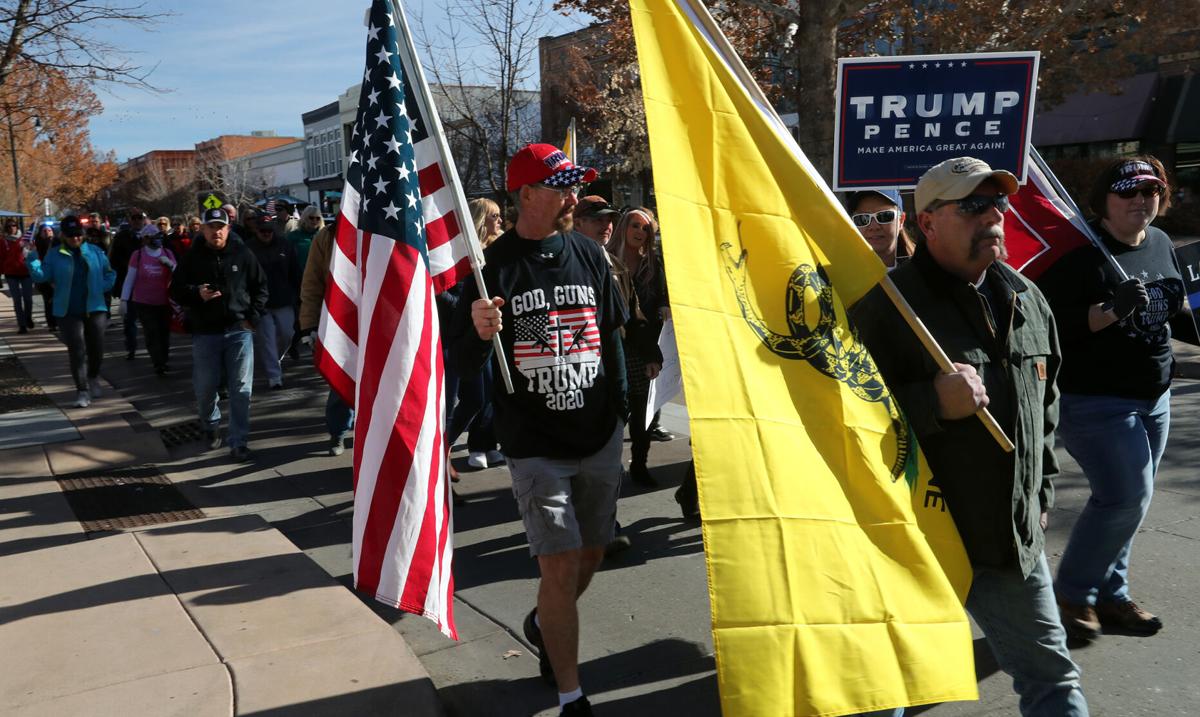 About 200 protesters march east on Main Street on Wednesday afternoon during a protest of the Electoral College certification. 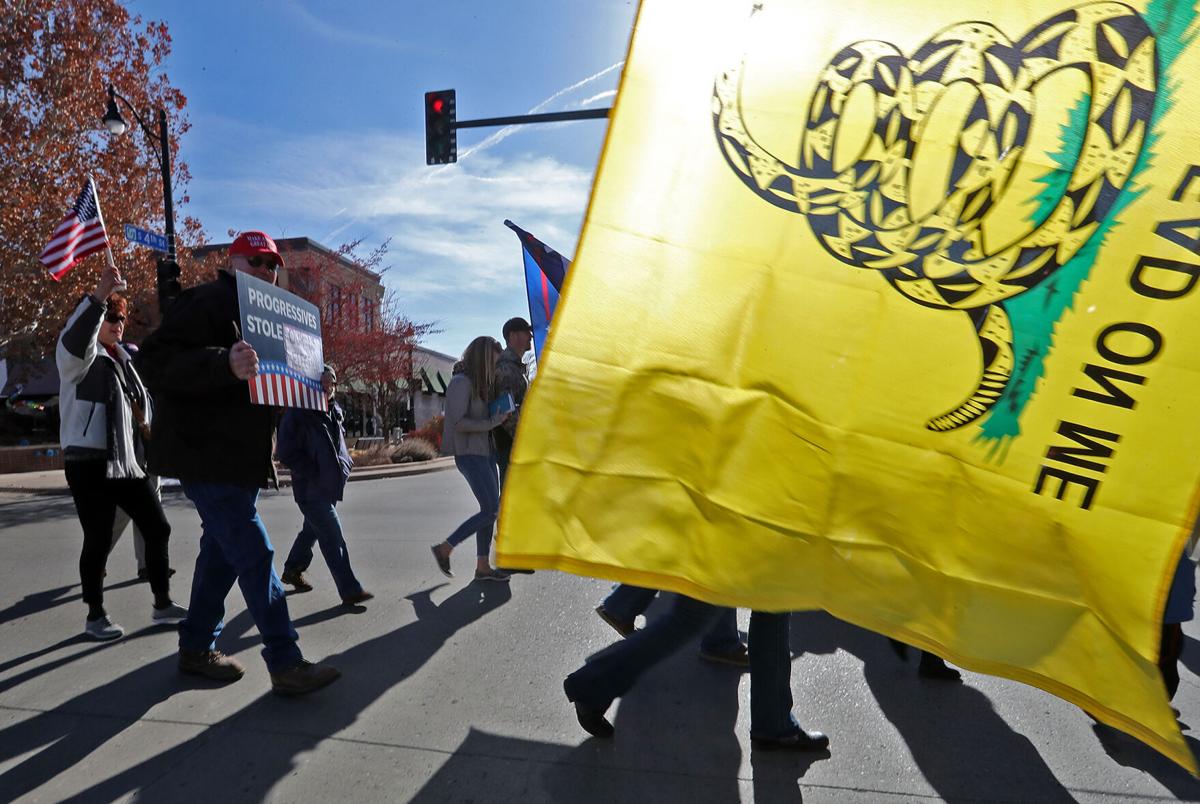 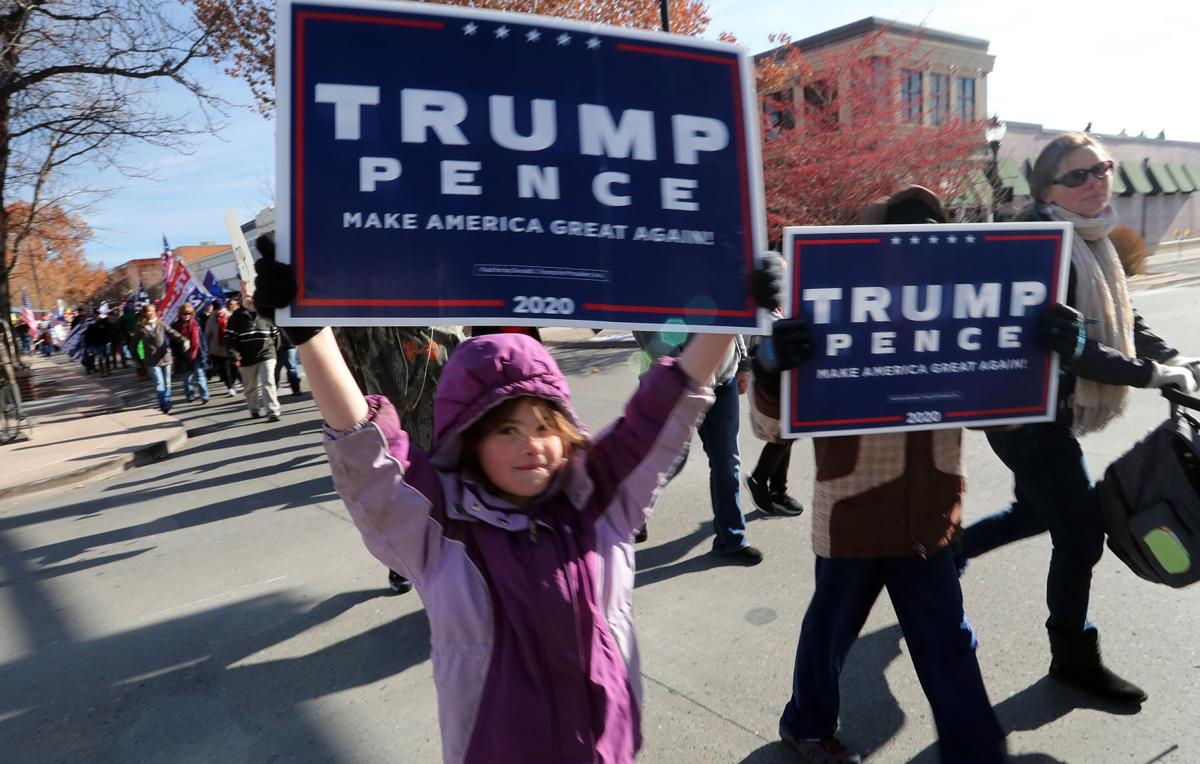 About 200 protesters march east on Main Street on Wednesday afternoon during a protest of the Electoral College certification.

It didn’t take long for Colorado’s delegation to Congress to immediately denounce the violence that occurred in the nation’s Capitol, including from one Republican lawmaker who planned to challenge certification of Joe Biden as the next president.

But U.S. Rep. Lauren Boebert, who is known to issue tweets several times a day, said nothing about it until after President Donald Trump released a video statement calling on his followers to go home, though he repeated unsupported claims that the election was stolen from him. “My staff and I are safe and in an undisclosed location,” wrote Boebert, a Republican who won Colorado’s 3rd Congressional District in November. “I support peaceful protests and the rule of law, and denounce all acts of violence.”

That statement, however, came many hours after Boebert had just issued her challenge on the floor of the U.S. House to Electoral College votes for Arizona just moments before the extremists stormed into the Capitol chambers and lawmakers were evacuated to undisclosed locations in the building.

As the unrest at the Capitol was taking place, other protests were occurring across the country, including in places that Boebert represents. In Grand Junction, hundreds of peaceful protesters gathered downtown to rally against the certification of the electoral college vote.

Unlike Boebert, it didn’t take long for the only other Colorado representative who planned to join her in that challenge, U.S. Rep. Doug Lamborn, a Republican who represents the state’s 5th Congressional District, to denounce what was going on outside the Capitol Building.

“I strongly condemn those individuals that have chosen to incite violence and have put our law enforcement in harm’s way,” Lamborn tweeted. “Today is supposed to be a day of constitutional debate, not violence. This is not who we are as Americans.”

U.S. Rep. Ken Buck, a Windsor Republican who also serves as chairman of the Colorado Republican Party, also was quick to issue an even stronger statement:

“What has happened at the U.S. Capitol today is disgusting and anti-American,” said Buck, who had urged his colleagues not to challenge the Electoral College certification. “The American people have the right to protest peacefully, but this is not peaceful and it’s not a protest. I condemn this in the strongest terms and urge everyone to stop this madness immediately.”

Boebert’s tweets before that process began made clear she intended to go forward with her challenge, saying, “America is depending on all of us today. This is something I don’t take lightly. I will fight with everything I have to ensure the fairness of the election.”

State Rep. Dylan Roberts, D-Avon, quickly pointed out on Twitter that this all came a few days after Boebert released a commercial calling on D.C. officials to allow her to carry a firearm.

“Just a reminder that Colorado’s Congresswoman @laurenboebert released a tv commercial just three days ago that promoted and glorified carrying firearms on Capitol grounds,” Roberts tweeted. “Then she tweeted this morning that ‘Today is 1776.’ ”

Jefferson R. Thomas, head of Trump’s Colorado campaign, was one of the first people to speak out against the violence, saying he never would have taken that job if he had known this could happen.

“Today is terrible and an embarrassment to our country,” Thomas wrote. “We are built upon the very institutions these people are trying to ruin. This isn’t what I ever imagined when I signed up to #MAGA. Had I known then that this is how it would end, I never would’ve joined.”

Meanwhile, state Democrats laid blame on the violence at the feet of Boebert, the president and other Trump supporters who questioned the election results.

“This is the consequence of elected officials and political candidates entertaining harmful disinformation and unfounded conspiracy theories and spreading them to their followers,” said Morgan Carroll, chairwoman of the Colorado Democratic Party.

“Every elected leader who spread lies about American elections paved the way today,” tweeted Colorado Secretary of State Jena Griswold. “What we are seeing is an attempted coup in America. It will fail, and democracy will prevail. States certified free and fair elections. @realDonaldTrump, you will not steal the presidency.”

Go to gjsentinel.com for more photos

Photo gallery of the chaos at the Capitol and more photos from the local protest (click on story).