Prenzlow accuser also being investigated after profane response to his comments 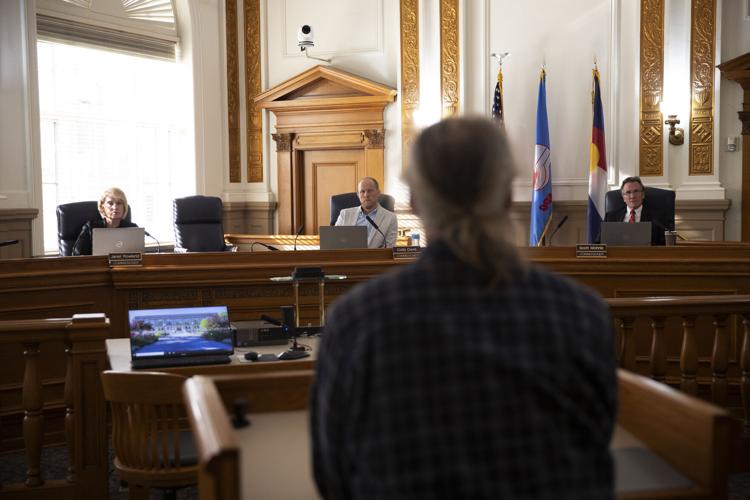 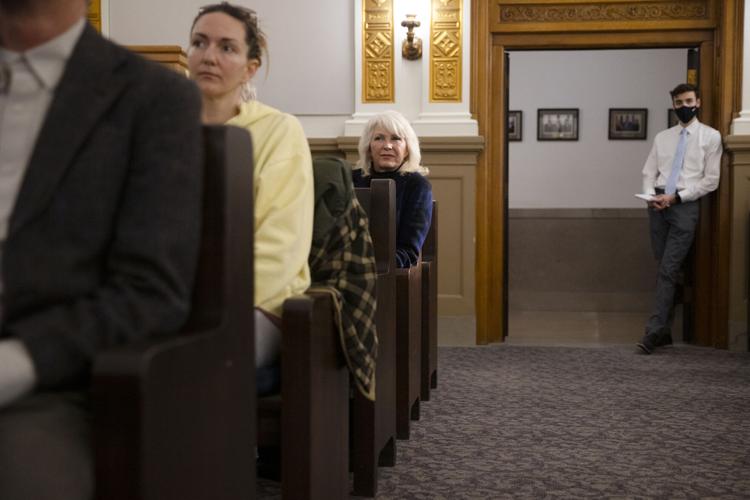 About the same time the Mesa County commissioners were voting to replace Clerk Tina Peters permanently as the top election official on Tuesday, the Colorado Secretary of State’s Office filed a new lawsuit seeking to do the same thing.

Similar to its lawsuit against Peters last year that led to her being temporarily removed as the county’s designated election official for the 2021 Coordinated Election, this new lawsuit details things Peters has done and said in an effort to show she isn’t trustworthy to oversee elections.

Peters is facing numerous investigations into possible criminal misconduct and wire fraud, including a local grand jury probe into allegations she and at least four others engaged in tampering with election equipment and official misconduct.

But unlike that first lawsuit, this one not only calls for her to be removed from overseeing the June primaries, but also the fall general election, effectively removing her as the county’s lead election official during the remainder of her first term in office.

The Secretary of State’s Office wrote in the lawsuit that its reasoning for that is because Peters violated an elections order issued last week that called on her to agree to certain conditions, such as having an election supervisor present at all times she is in secure areas where election equipment is located.

“The provisions of the Election Order, including the certificate and attestation requirement, are squarely within the secretary’s authority to supervise the conduct of Colorado’s elections by county clerks,” the lawsuit reads. “In public statements on January 13, 2022, Peters unequivocally stated she would ‘never’ sign the attestation.”

The lawsuit also calls on the courts to name Brandi Bantz the county’s new designated election official. Peters hired Bantz in April 2020 as her director of elections.

The three-member county commission, however, already did that through a resolution, saying that it, and not the state, has the sole authority to name a new designated election official.

Secretary of State Jena Griswold also named former Secretary of State Wayne Williams and Mesa County Treasurer Sheila Reiner as election supervisors. The two Republicans, who had been named to oversee the 2021 fall election, are to help Bantz.

At the commissioners’ meeting, Peters complained about Bantz, saying she has been the subject to numerous human services actions, saying that she and Deputy Clerk Belinda Knisley needed to give her special “coaching,” but stopped short of explaining the nature of those actions or why she warranted that treatment.

“HR has numerous write-ups, performance improvement plans on Brandi Bantz,” Peters told the commissioners. “Brandi Bantz is responsible for lives that ended up taking my chief deputy out of the office in order to remove me as clerk while I was gone. Brandi Bantz fired without cause (elections manager) Sandra Brown.”

Peters’ mentioning of personnel matters in a public setting drew a recrimination from Commissioner Scott McInnis, who said such things can expose the county to employment lawsuits.

He said anyone can make allegations against a co-worker, especially in an election year, but such allegations oftentimes are knowingly spurious.

“Those personnel records are entitled to a certain level of privacy,” McInnis said. “She has no right to come in here and start talking that she has all of these personnel actions taken against her. The clerk was wrong. She should not have made those statements. That’s exactly what brings lawsuits against our county.”

McInnis also said that Peters pleaded with the commissioners nearly two years ago to increase the annual salary for her elections director solely for the purpose of getting Bantz to leave her elections job in Colorado Springs and relocate to Mesa County.

Peters now says she and Knisely had to train Bantz on how to do her job. Bantz has 16 years experience running elections and has completed the required state certification to be an elections supervisor, while Peters has not. She was required to complete elections training within two years of getting elected, but after three years on the job she still hasn’t, the Secretary of State’s Office says.

Knisley, who is the subject of her own human resources investigations for creating a “hostile” work environment, remains on paid administrative leave. As a result, she is barred from the office and cannot oversee elections.

Another clerk employee whom Peters named earlier this month as her “second” chief deputy clerk, Julia Fisher, should also be barred from overseeing elections not only because she, too, has had no training in how to conduct elections, but also because she aided Knisley in getting access to the office during a time when Knisley was ordered to stay away, according to the lawsuit.

“Respondent Fisher’s facilitation of Knisley’s unauthorized access and her lack of training or experience render her unable to perform the required duties as an alternate DEO,” the lawsuit reads.

Knisley is facing separate charges of felony burglary and misdemeanor cybercrime, but no charges have been filed against Fisher, nor has her name emerged as a subject in any of the state and federal investigations.

To date, no charges have been filed against Peters, although she is facing a number of ethics investigations and a lawsuit over her failure to file campaign finance reports for more than three years.

“I am not accused of a crime. I have not been convicted of a crime,” Peters said. “If you’re siding with the secretary of state, who is a very strong partisan (George) Soros-backed operative, and if you’re siding with (Colorado Attorney General) Phil Weiser, who is also very political, but most importantly (U.S. Attorney General) Merrick Garland, who has come down and who knows what he’s offered you guys, especially the DA (Dan Rubinstein).

“If you’re allowing someone else to come in so that the 2022 election can continue with using Dominion machines ... I hope you can sleep at night.”

“She has spoken about what she did back in August, yet what is her crime,” asked Fruita resident Wendi Wood, the wife of Gerald Wood, who is one of the five who have been targeted in the investigations for allegedly participating in making public secure passwords and breaching election security protocols.

“Has she actually done anything illegal?” Woods added. “No one has ever said that it was. Maybe she went about things the way that you wouldn’t have, but does this negate the fact that there’s probable cause to investigate enough insecurity to our elections to look into them?”

While many of Peters’ followers share her Republican affiliation, their views are not shared by party leaders.

In a tweet on Tuesday, Colorado Republican Party Chairwoman Kristi Burton Brown tweeted: “The 2020 election is over. It’s in the past & Joe Biden is the — very unpopular — president. If the Dems are asking if we have confidence in our elections, the answer is yes. We have complete confidence we will win this upcoming election. See you on the campaign trail!”

At one point last year, Brown advised Republican candidates for other offices not to take sides in the Peters case, saying Peters could be “in big trouble.”

More in SOS lawsuit to ban Peters, Knisely from election duties permanently (4 of 5)

Windy and partly cloudy this evening. Mostly cloudy with diminishing winds after midnight. Low around 50F. N winds at 20 to 30 mph, decreasing to 10 to 15 mph. Winds could occasionally gust over 40 mph.

Make the most of 4/20 with these tips