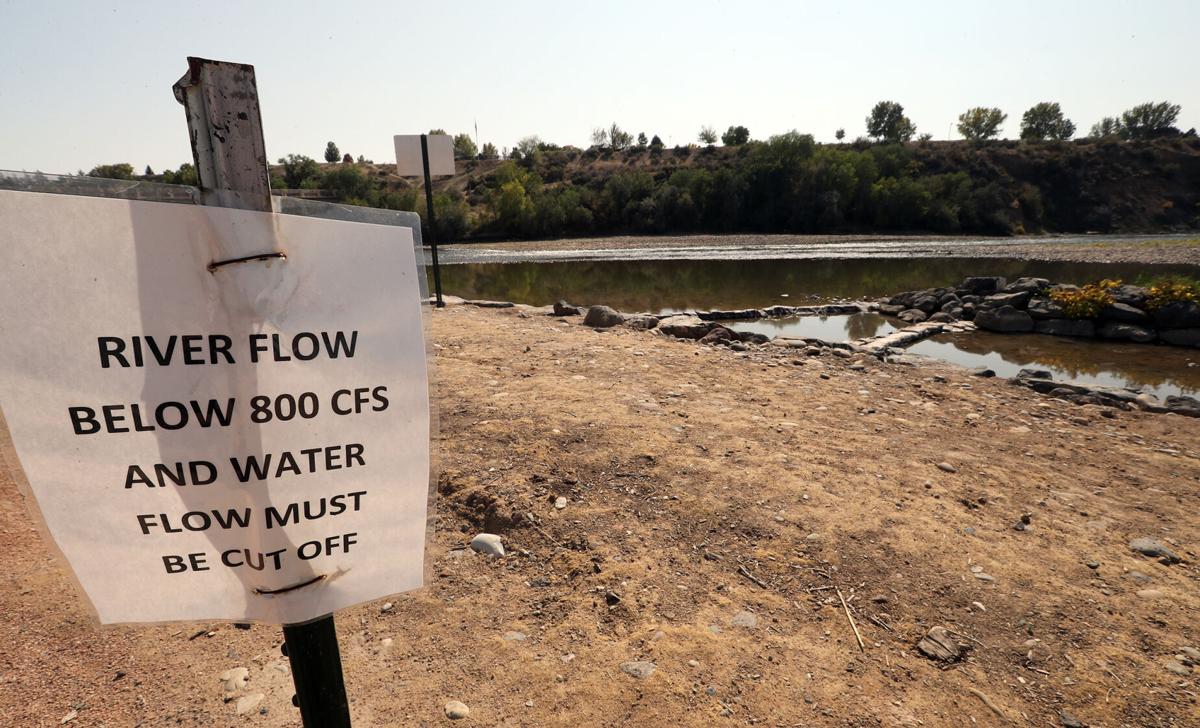 The river channel into the Las Colonias water park is closed because of low water flow in the Colorado River. 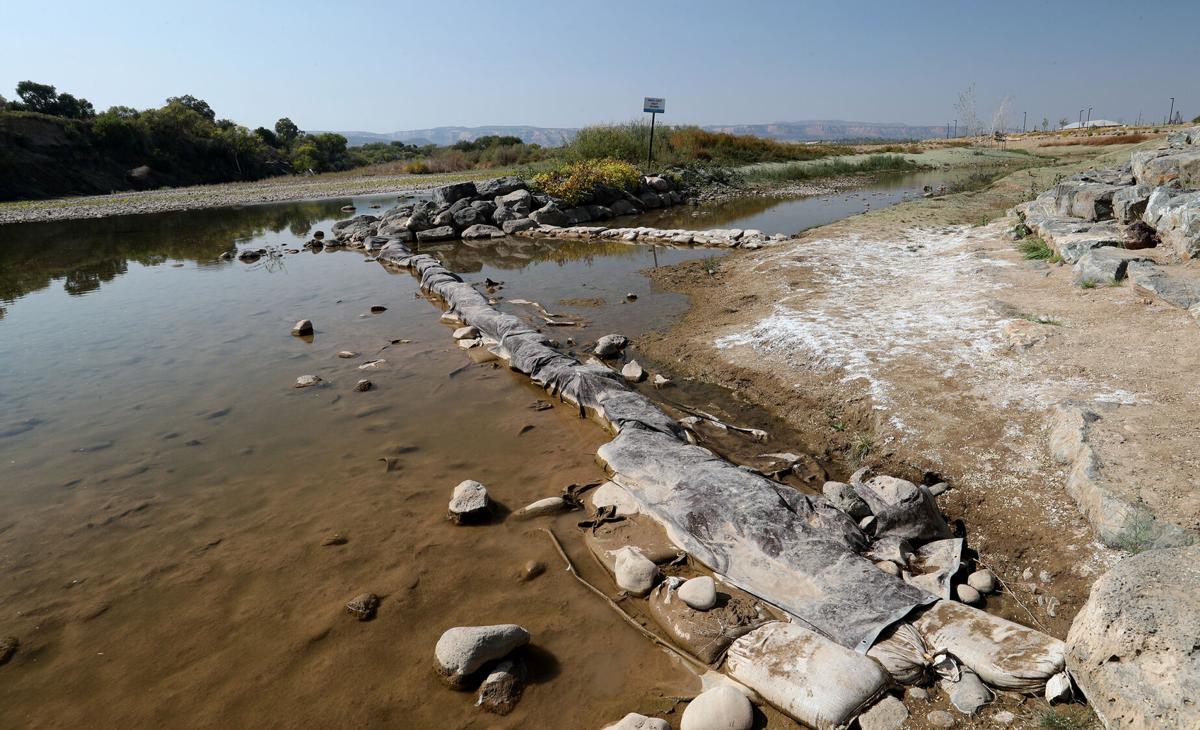 The river channel into the Las Colonias water park is closed because of low water in the Colorado River. The channel is closed with river flows below 800 CFS. 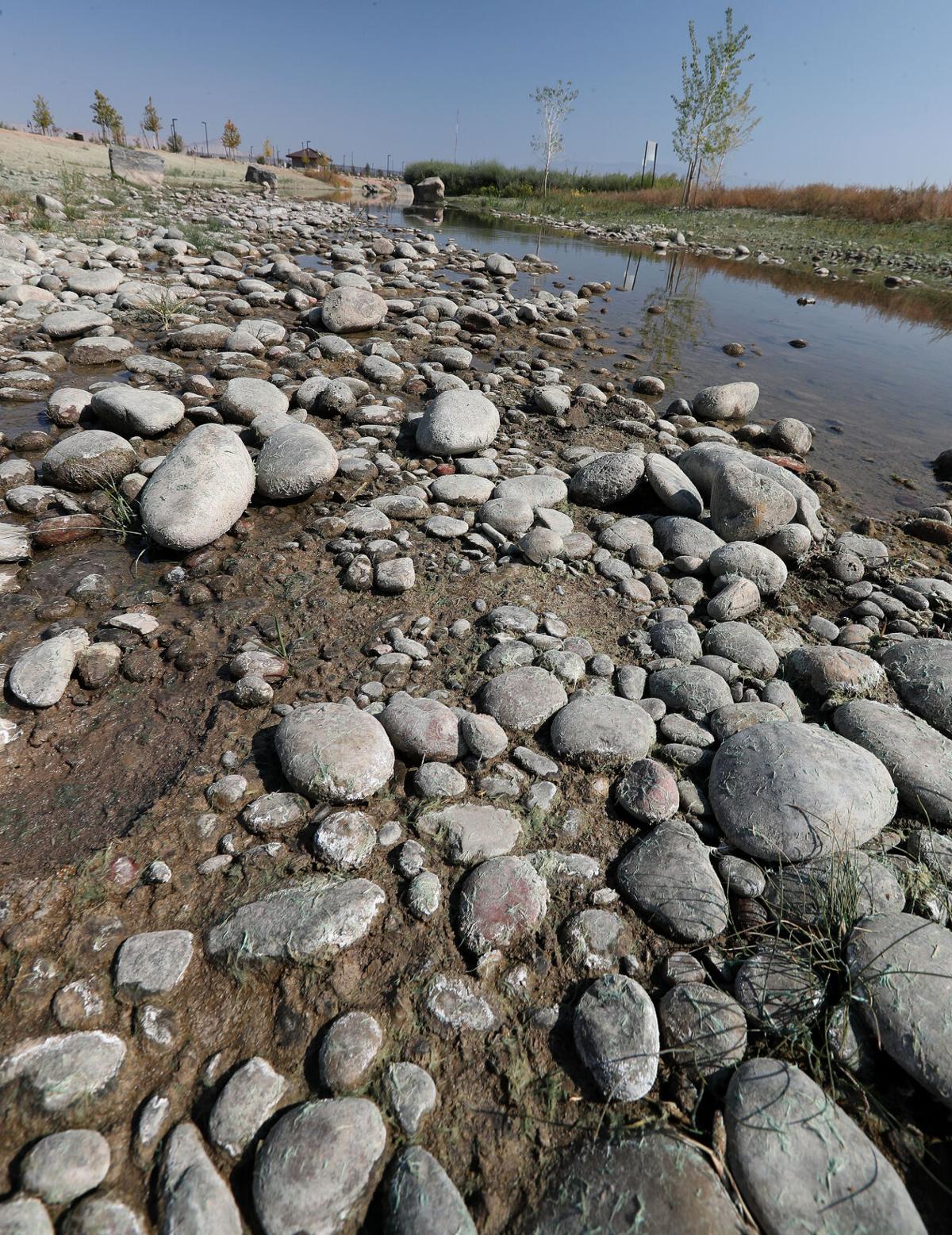 The river channel into the Las Colonias water park was closed when river flows dipped below 800 cubic feet per second. This area normally would be under water. 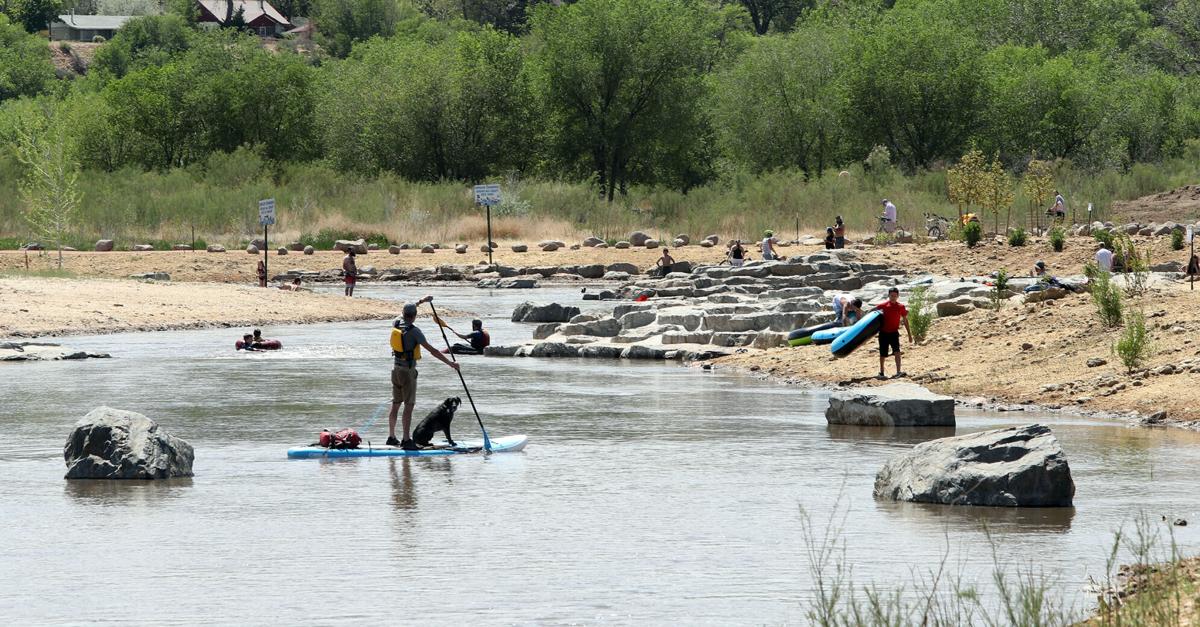 The river channel into the Las Colonias water park is closed because of low water in the Colorado River. The channel is closed with river flows below 800 CFS. This is the water park in May of this year(2020).

The river channel into the Las Colonias water park is closed because of low water flow in the Colorado River.

The river channel into the Las Colonias water park is closed because of low water in the Colorado River. The channel is closed with river flows below 800 CFS.

The river channel into the Las Colonias water park was closed when river flows dipped below 800 cubic feet per second. This area normally would be under water.

The river channel into the Las Colonias water park is closed because of low water in the Colorado River. The channel is closed with river flows below 800 CFS. This is the water park in May of this year(2020).

For many people, thanks in good part to a global pandemic, the year 2020 can’t end soon enough and they can only hope for a better 2021.

In the world of surface water supply measurement and management, what’s known as the 2020 water year just came to an end, on Sept 30. And people in places like Colorado can only hope that when it comes to precipitation, water year 2021 has better things in store.

As of the weekly U.S. Drought Monitor update issued Thursday, more than 99% of Colorado was in some level of drought, and most of the Western Slope was in at least extreme drought. Worse yet, nearly 17 percent of the state — mostly on the Western Slope and including eastern and southern Mesa County and large parts of nearby counties — is now in exceptional drought, the worst drought category the Drought Monitor uses.

“What we’re seeing across the entirety of the Intermountain West following this brutal hot, dry summer is basically moderate drought to extreme drought,” Peter Goble, a climatologist with the Colorado Climate Center at Colorado State University, said in a webinar update on the drought situation Tuesday.

While there are pockets of exceptions, “things are certainly pointing dry for the most part,” Goble said.

Precipitation during the 2020 water year in most of the Upper Colorado River Basin was below 70% of normal, said Zach Schwalbe, a research associate at the Colorado Climate Center.

Insufficient snowpack in many areas was followed by a summer where monsoonal rains largely failed to arrive. Cumulative flows on the Colorado River near the Colorado/Utah line for the water year came in just under 3 million acre-feet, compared to more than 4 million in an average year.

Blue Mesa Reservoir, which managed to fill last year following a dry 2018, is now down to 71% of the 1981-2018 average for this time of year. Lake Powell and Lake Mead, the two largest reservoirs on the Colorado River storage system, are at 66 and 59% of average, respectively. Upper Colorado River Basin states rely on water in Lake Powell to meet water delivery obligations to downstream states and Mexico.

Some reservoir levels, such as at Lake Granby in the Colorado River’s headwaters, are doing better. Goble said local conditions can vary when it comes to reservoir storage.

“Even when folks in most places have ample access to water that may not be the case everywhere, especially during a drought,” he said.

Streamflows also are suffering from the drought. Schwalbe said the Animas River was flowing through Durango Tuesday at a record-low level for that date.

Warmer-than-normal temperatures this summer have aggravated the impacts of below-average precipitation. Combined with other factors such as winds, the heat has driven up evaporative demand, which means how quickly plants and trees use water. Soil moisture conditions are also much drier than normal across much of Colorado, Goble said.

He noted that among other things, the drought conditions contributed to a disastrous fire season in Colorado that has included respectively the first- and third-largest wildfires in the state’s history, the Pine Gulch Fire north of Grand Junction and the Cameron Peak Fire west of Fort Collins.

Treste Huse, a hydrologist with the National Weather Service, noted in Tuesday’s webinar that possible precipitation is in the forecast in Colorado for this weekend, along with cooler weather that could result in snow in the mountains and some high mountain valleys. But she said that unfortunately drier- and warmer-than-normal conditions are expected in the eight- to 14-day outlook in Colorado. The outlook for the next month as a whole also shows above-average chances for above-normal temperatures and below-normal precipitation.

Goble noted that La Niña climate conditions also are developing and are generally associated with a dry fall in Colorado. Once winter arrives, La Niña conditions can be favorable when it comes to snowfall in the northern Rockies in Colorado and parts of Utah, and Wyoming, but a La Niña is “certainly not good news, fall or winter, for the southern portion of the Intermountain West,” he said.

Recently Gov. Jared Polis expanded Phase 2 activation of the state’s drought mitigation and response plan for the state’s remaining 24 counties after activating it for 40 counties in June. Locally, the expansion adds counties such as Rio Blanco and Moffat counties.

The drought means reduced forage for livestock on unirrigated Western Slope rangelands, which can leave ranchers facing costly choices of buying supplemental hay, moving animals to another area or state or reducing their herd sizes.

Janie VanWinkle, a Fruita rancher and president of the Colorado Cattlemen’s Association, said she and her husband Howard had to sell off cattle in the droughts of 2002, 2012 and 2018. The 2018 drought was the worst they have experienced, and “then to come back with another drought like we’re in right now, the impacts have been really difficult,” she said.

She expects they’ll have to sell off 75 or more cattle. She said selling cows means not getting calves from them, which is financially tough. Selling cows also can be emotionally difficult. Recently, the VanWinkles made the hard decision to part with some older cows of around 12 to 14 years old. She has a connection with these cows that still have some productive years in them and have produced calves for many years.

“They worked really hard for us,” she said.

For VanWinkle, the drought is yet one more challenge in a year that ranchers have faced price impacts and food-supply disruptions due to the pandemic. She said some local ranchers also had to move cattle off summer ground due to the Pine Gulch Fire north of Grand Junction and lost fall range to that fire as well. “They’re having to make some hard decisions now as well,” she said.