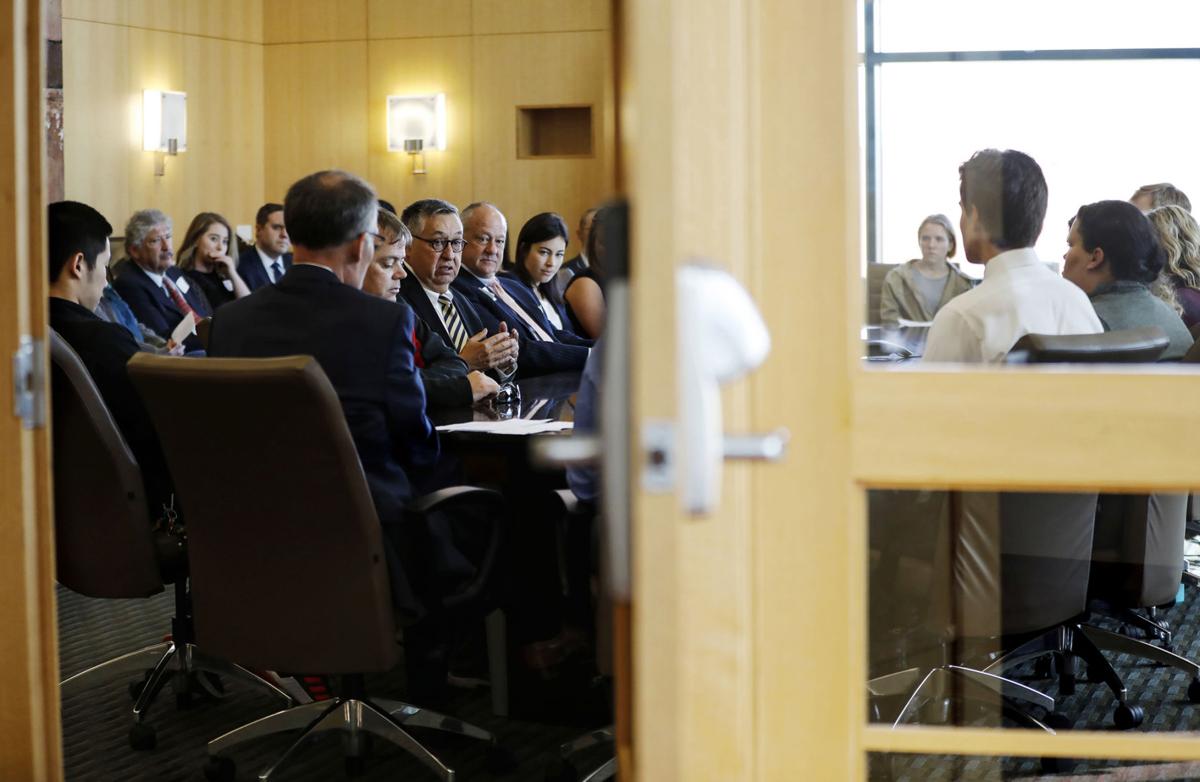 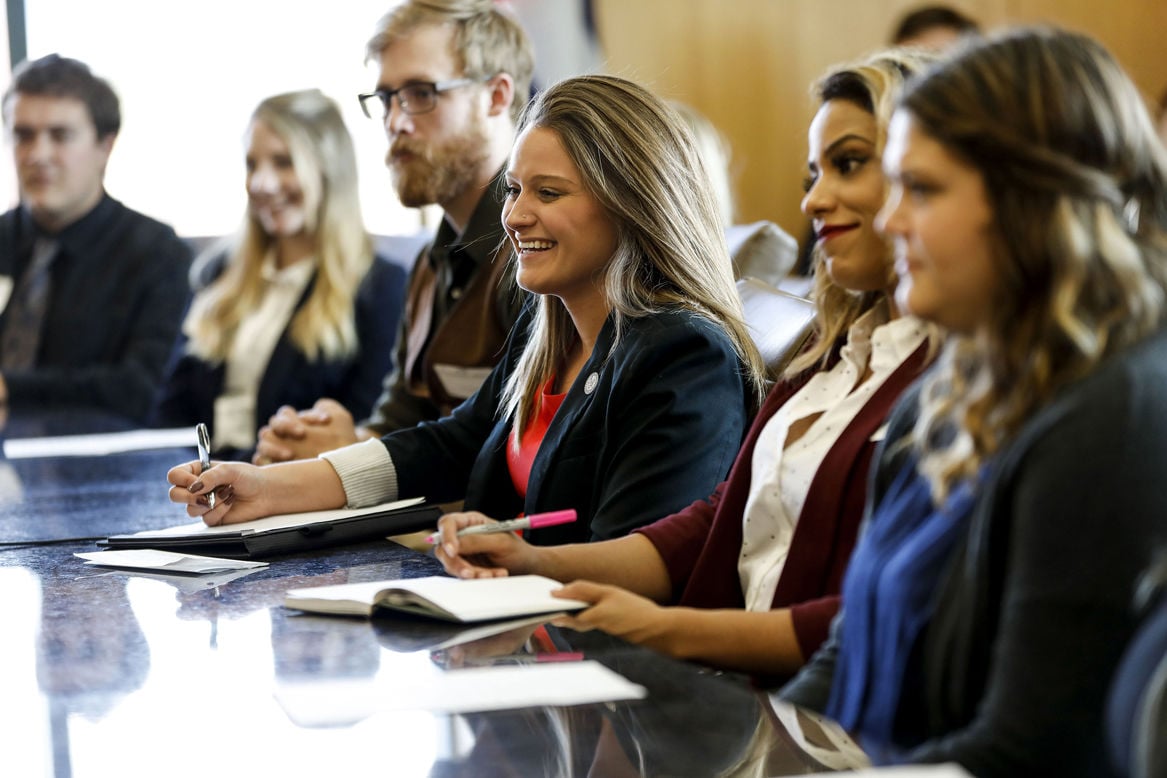 After hearing arguments about prison gang-run gambling rings and shankings contrasted with a detailed discussion about the difference between being fired and being forced to quit, 21-year-old Taylor Schwarz came to a conclusion.

"The criminal cases are more fun," said Schwarz, a Colorado Mesa University criminal justice major who attended a special session of federal judges from the 10th Circuit Court of Appeals at the college.

The circuit is one of the most powerful in the country, with coverage of Kansas, New Mexico, Oklahoma, Utah, Wyoming and parts of Montana and Idaho as well as Colorado. According to Gordon Gallagher, a Grand Junction attorney and federal magistrate judge who introduced the panel Wednesday morning, federal district judges heard about 20,000 cases last year, 1,500 of which went before the 10th Circuit Court of Appeals. Only seven of those went up to the U.S. Supreme Court.

The judges on Wednesday shot rapid-fire questions at Assistant Federal Defender Howard Pincus as he argued that his client — a member of the Texas Syndicate gang serving time in the high-security federal prison in Florence, Colorado — received too long a sentence for using a shank to twice stab a fellow prisoner.

"So the victim had it coming to him?" Tymkovich questioned after Pincus argued that the original judge hadn't taken into consideration the fact that the victim helped run an at-times highly lucrative gambling ring, and that he had shoved Pincus' client the day before the stabbing.

In another case involving a man who pleaded guilty to illegally re-entering the United States, Lucero drilled down on an assistant U.S. attorney whose office is accused of going back on its word as part of plea negotiations. A federal prosecutor in the original case had agreed to recommend a lower sentencing range for the defendant in exchange for his guilty plea; however, at the actual plea hearing, the prosecutor allegedly told the judge he didn't believe that sentencing range made sense.

"Everybody understands what an agreement is," Lucero said before asking Assistant U.S. Attorney James Murphy if his office's plea deal was a "cross your fingers behind your back kind of agreement."

Attorneys on both sides of a wrongful termination case spoke in detail about the employer's claim about what it means to be fired versus being forced to quit. The question of limits on the First Amendment arose in a discussion of a San Miguel County employee who said he was demoted after testifying in a child custody case involving his sister-in-law and another county employee.

Lucero grew serious during the final set of oral arguments, involving a man who died in the Gunnison County Jail apparently after a balloon burst in his body that authorities believe contained massive amounts of the potent drug fentanyl. Lucero said the case, argued by Elisabeth Owen on behalf of the man's family and by Josh Marks on behalf of the county, provided the best example of why the circuit should hold special sessions in places where students can attend.

"The broader message here is drugs can kill you and kill you fast, and you have no business touching the bloody things," Lucero said in a rare moment directed at the session's audience.

The judges will hand down their rulings on each case in the coming weeks.

Trung Nguyen and Chris Della Ratta, both 20-year-old CMU juniors also studying criminal justice, said they agreed with Schwarz that they took more away from hearing arguments on the criminal cases.

The trio, each of whom hopes to become a sworn law enforcement officer, also said some of the facts of the criminal cases also captivated them.

"I'm shocked that they had a gambling ring in the prison," Della Ratta said.

Schwarz pointed to the session's program, where a summary of the shanking case noted that the victim at some points was taking in about $12,000 per month through his prison gambling ring.

"He makes more money than I do," Schwarz said.