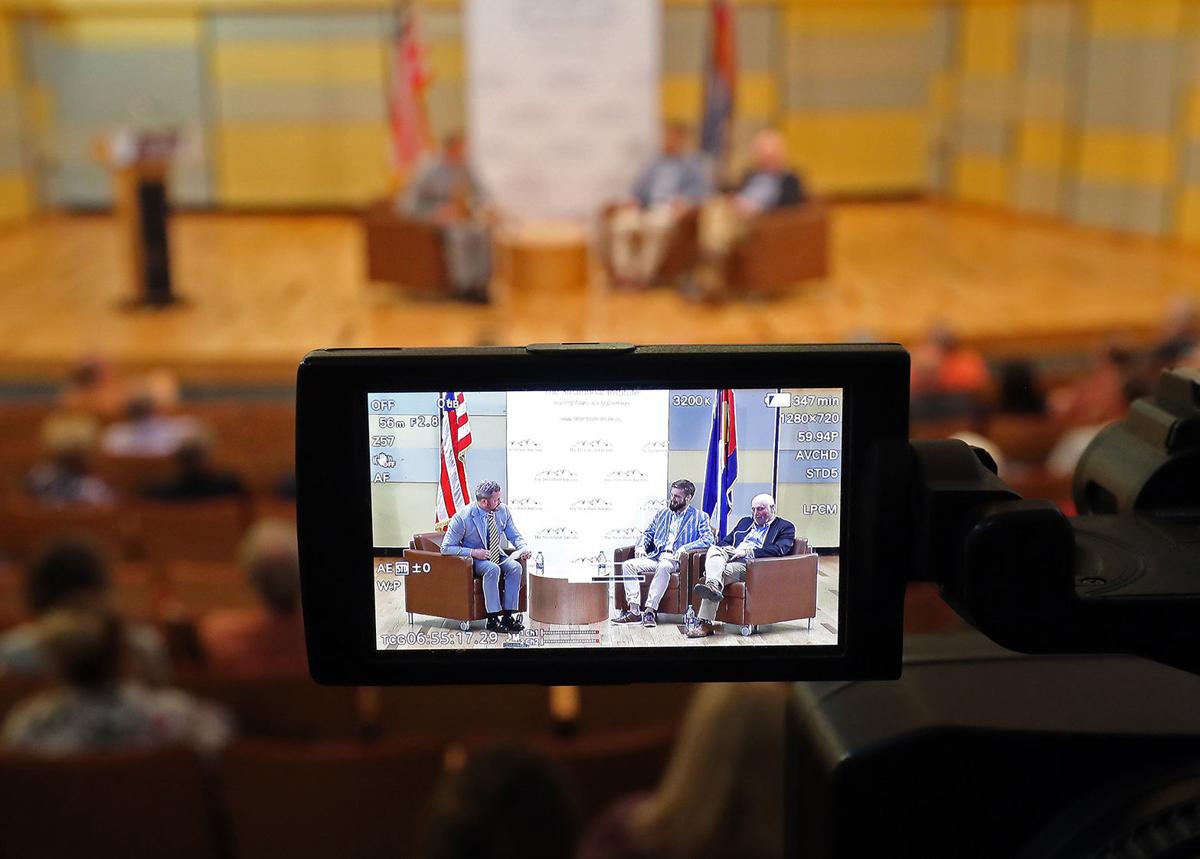 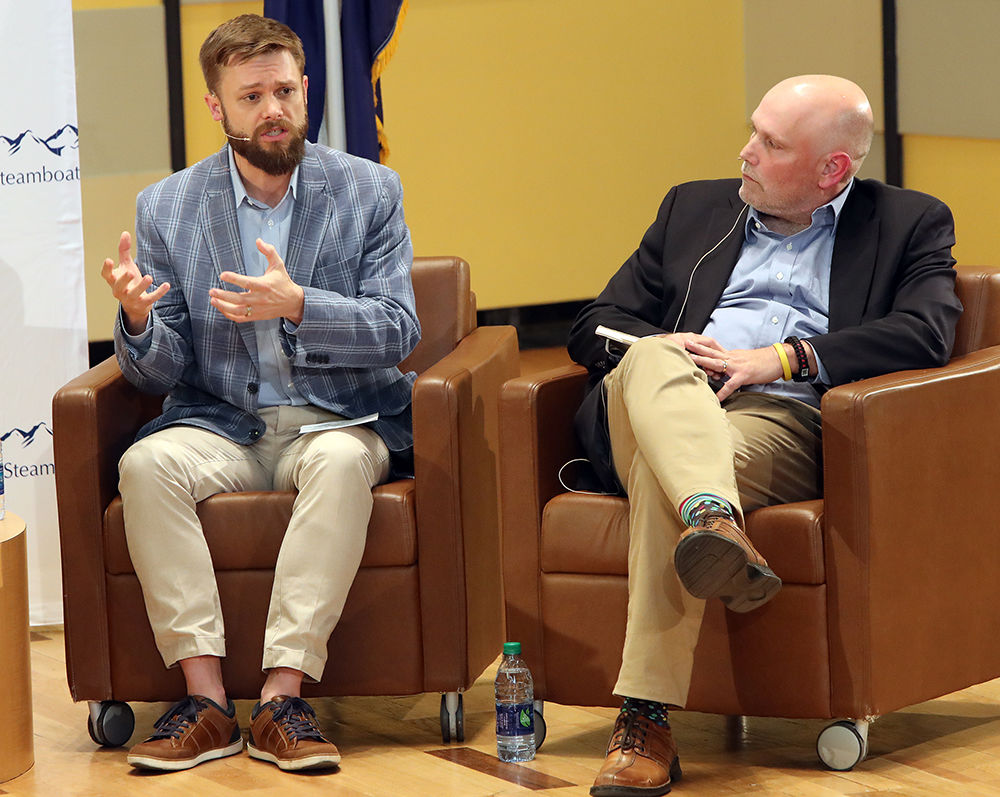 Whether Colorado should participate in an effort to elect U.S. presidents based on the national popular vote is a question that voters ultimately will decide when the issue comes before them during next year's general election.

For now, the two sides are squaring off over the matter in trying to explain why, or why not, the effort to join the National Popular Vote Interstate Compact is a good idea, as was the case at a debate held at Colorado Mesa University on Wednesday.

"I don't believe you should have to be in a swing state to get presidential attention," countered Patrick Rosenstiel, a media consultant and spokesman for NationalPopularVote.com. "The current system traps you. I don't believe the Electoral College is there to protect small states."

England was supposed to be debating Ted Trimpa, a Denver-based political consultant who primarily works for progressive candidates. In July, the two were part of a debate tour that started in Steamboat Springs and went to Aspen. That debate was supposed to be held in Grand Junction at that time, but Trimpa had to cancel at the last minute because of a family emergency. At the last minute, he canceled again.

Instead, Rosenstiel was called to sit in at Wednesday's debate.

The debates are sponsored by the Steamboat Institute, a conservative organization that defines itself as a defender of freedom and advocate of liberty.

England and Rosenstiel are to debate the issue again tonight at Fort Lewis College in Durango.

"I don't believe we should be praying to the tyranny of the minority," Rosenstiel said.

"The Electoral College has served the nation well," England countered. "It has stopped politicians from running regional campaigns."

The state's participation in the compact started in the Colorado Legislature when it was in session earlier this year. There, Democrats who control both chambers passed a bill requiring Colorado to join.

That measure, however, was the subject of a petition drive led, in part, by Mesa County Commissioner Rose Pugliese, who successfully gathered enough signatures to get the question on the 2020 ballot.

The compact doesn't go into effect for the states that join it unless it has the minimum 270 Electoral College votes needed to become president.

If that happens, each state that signs onto the compact would dedicate its electoral votes to whomever wins the national popular vote, including Colorado's nine electoral votes.

To date, 15 states and the District of Columbia have signed on. All currently have Democratic Party majorities in their legislatures. Including Colorado, that effort has 196 electoral votes.

Under the Electoral College system, which was established in the U.S. Constitution in 1789, states have electoral votes based on the number of members that each have in the U.S. Senate and U.S. House.

That system is based on the same premise under the U.S. Constitution that gave states equal footing in Congress, which allocated each with two senators, but congressional members would represent an equal number of people. That's why, when populations shift from state to state, some states gain seats in the 435-member U.S. House after a national census every 10 years, while others lose them. Colorado, for example, is expected to gain an eighth House seat after the 2020 Census.

Using that scheme for the Electoral College, as opposed to a national vote in presidential races, was meant to prevent states with greater populations from running roughshod over less-populated ones.

Still, the U.S. Constitution allows states to determine how their Electoral College votes are determined, which means they can peg their electoral votes to a national popular vote.

Currently, 48 states use a winner-take-all system, with their electoral votes based on the popular vote for president within their states.

Of the nation's 45 presidents, only five times have presidential candidates won the popular vote but lost the election through the Electoral College. Those who won those races include Presidents Donald Trump in 2016, George W. Bush in 2000, Benjamin Harrison in 1888, Rutherford B. Hayes in 1876 and John Quincy Adams in 1824, according to U.S. House archives.

The closest Congress has come to altering the system was in 1969, when the House approved a proposed constitutional amendment to go to a national popular vote for president. That measure, however, was later rejected by the U.S. Senate.

To view the debate in its entirety, go to the institute's Facebook page.