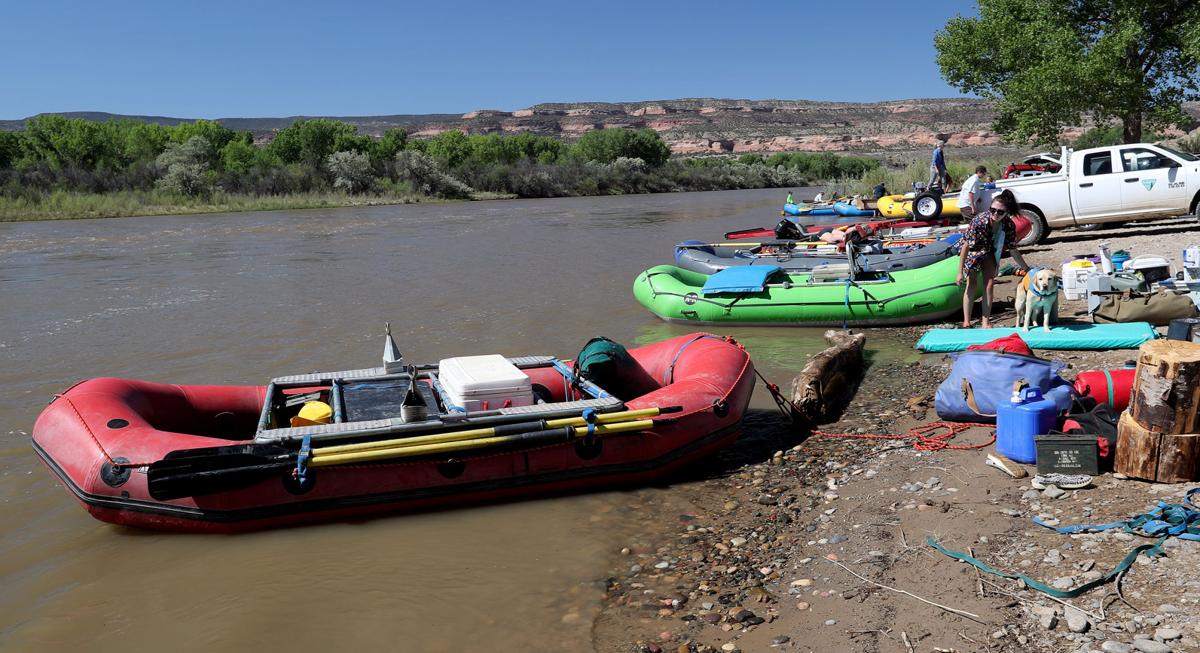 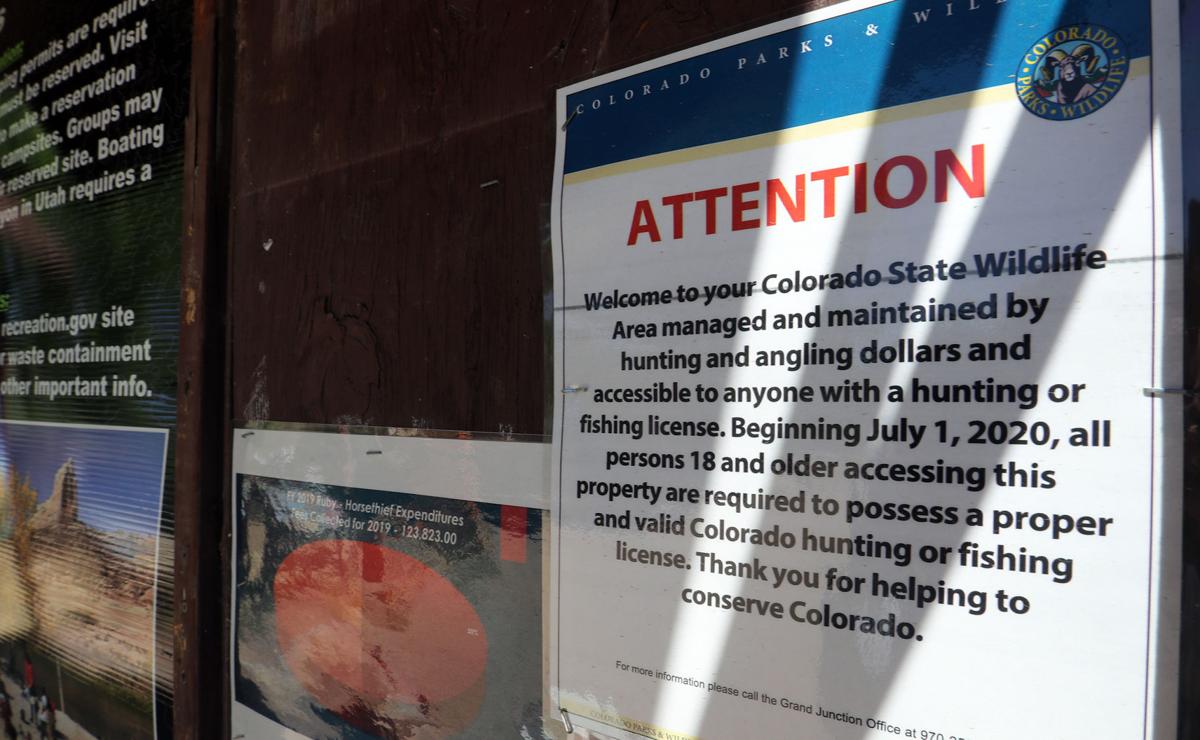 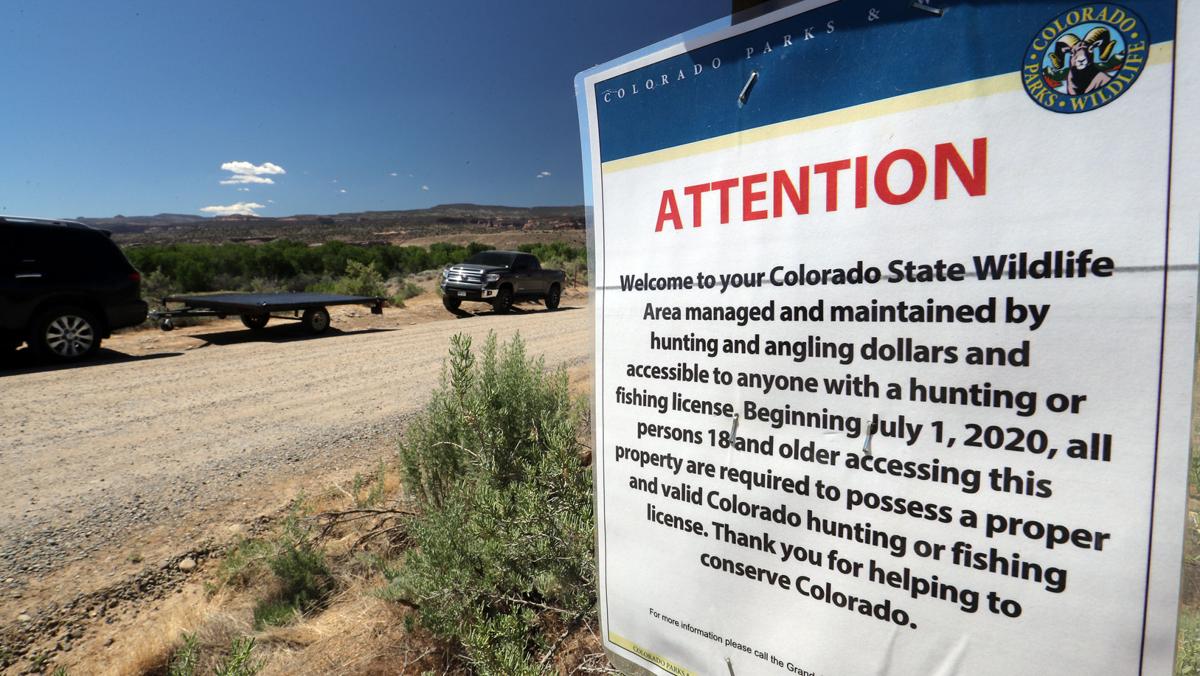 A sign posted at the Loma Boat Launch notifies users of a rule change that will require fishing or hunting licenses for all river users over the age of 18, effective on July 1. 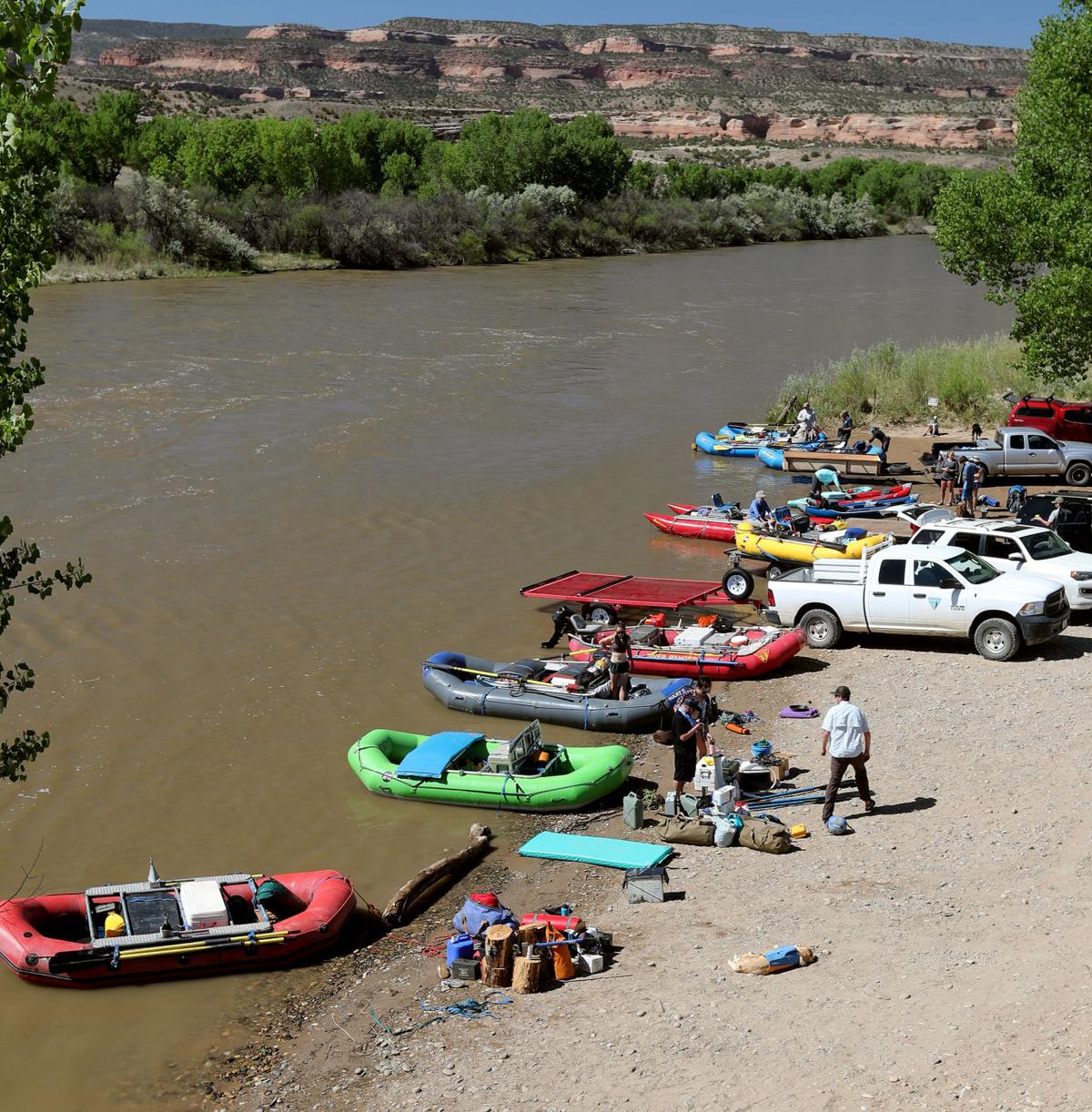 The Loma Boat Launch is a popular spot for water enthusiasts to use the Colorado River to float and camp in the Ruby-Horsethief Canyon area. The Bureau of Land Management announced Monday that it had acquired a 177-parcel of land in the canyon at Crow Bottom. 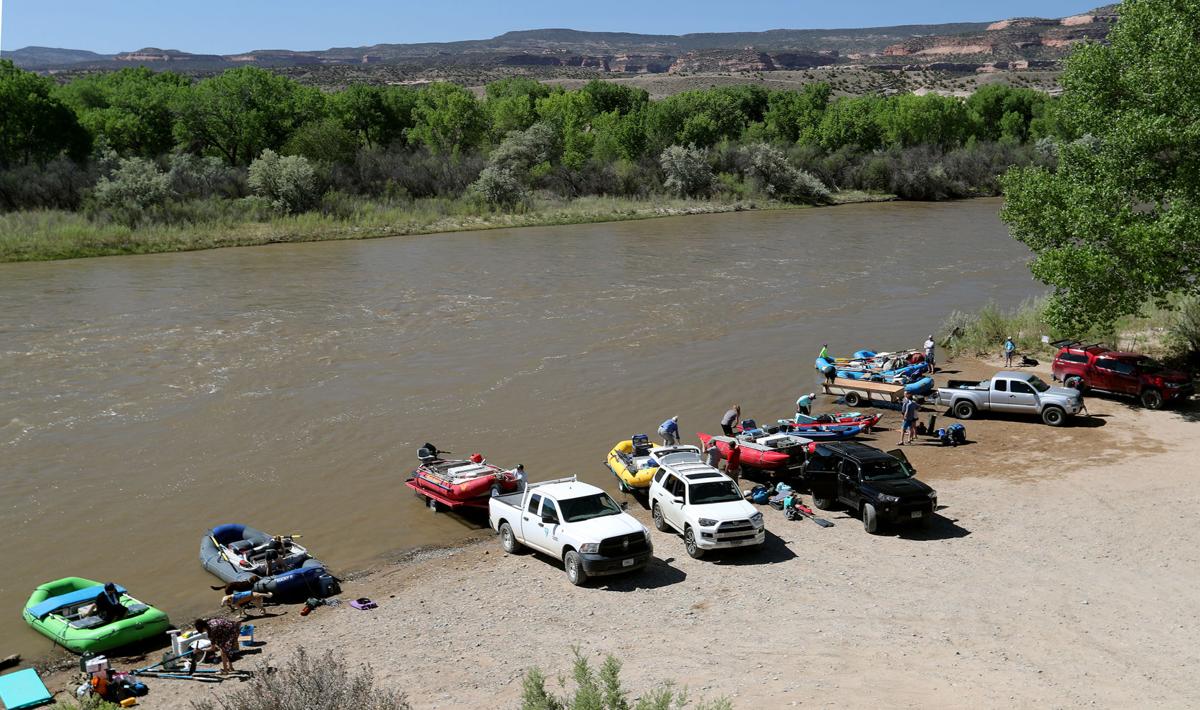 A sign posted at the Loma Boat Launch notifies users of a rule change that will require fishing or hunting licenses for all river users over the age of 18, effective on July 1.

The Loma Boat Launch is a popular spot for water enthusiasts to use the Colorado River to float and camp in the Ruby-Horsethief Canyon area. The Bureau of Land Management announced Monday that it had acquired a 177-parcel of land in the canyon at Crow Bottom.

Beginning July 1, anyone using the Loma Boat Launch will be required to have a hunting or fishing license, regardless of what they plan to do on the river that day. The area is one of more than 350 in the state where this new requirement will soon be in effect.

“The policy was passed by the Colorado Parks and Wildlife Commission at a recent meeting,” CPW Northwest spokesperson Randy Hampton said. “They were looking for ways to make sure properties could be properly funded and used for their intended purposes.”

All adults using the areas will be required to purchase a proper and valid hunting or fishing license in order to access these areas starting July 1. For example, if a family of four takes a boat out for a day on the river, every person on the boat 18 years or older will need a license.

CPW purchases state wildlife areas using hunter and angler license dollars for wildlife habitat protection or for wildlife recreation purposes, such as hunting and fishing, according to the website. There are more than 350 SWAs and nearly 240 state trust lands throughout the state, all of which fall under the new license requirement.

“The only people contributing to maintenance of all state wildlife areas are people who purchase hunting and fishing licenses,” Hampton said. “Properties like Loma are there because of their access for fishing recreation.”

Hampton said the agency’s goal will be to educate people initially before enforcement. According to the CPW website, those without a license could be fined $100 in addition to the surcharges from the license.

While SWAs like the Loma Boat Launch are used for multiple purposes other than fishing and hunting, such as rafting and paddle boating, CPW officials felt it was time for all users to contribute.

“Up until now, people could go on state wildlife areas and never contribute a dime to those areas,” Hampton said. “This is a way for users to contribute to maintenance of those areas even if they don’t feel they are taking part in those activities.”

Though park visitation is way up as a result of the COVID-19 shutdown, CPW, like many agencies across the state, was impacted by the monthslong closure. Hampton said the financial impact was just one reason for this move.

As outdoor recreation has skyrocketed in Colorado in recent years, and more specifically in the past few months with the closure, these wildlife areas are getting more traffic than officials ever intended.

“The primary reason for this change is to make sure wildlife areas are still available for wildlife,” Hampton said. “Secondary is the funding to make sure people have the same opportunities to continue to support lands they are using for recreation.”

He believes this new requirement will help curb some of the problematic behaviors that have been seen at SWAs across the state, such as campers who set up for weeks at a time without paying.

The response so far has been mixed from river and trail recreation users, some who are happy to contribute and others who are more frustrated.

“Some are in opposition and don’t want to support hunting or fishing but still want to use these areas,” Hampton said. “That’s where the conflict occurs. The reality is those areas were bought and paid for with those dollars.”

He said there are many other trails and river access points that are not in SWAs that people can use.

“Our concern was first and foremost about the wildlife areas,” Hampton said. “Our investment in Loma was because it allowed anglers to access the river. Our investment in the Walter Walker SWA was the angler access it provided as well as the habitat it provided waterfowl resting areas with the wetlands along the river as well as endangered fish support along the Colorado River.”

At the Loma Boat Launch, area wildlife manager Kirk Oldham said the SWA was purchased specifically to provide motorized access for hunting and fishing recreation on that corridor but it also gets a lot of other recreation uses during the summer such as rafting and paddle boaters.

He said they started doing outreach at the boat launch as early as May as folks continue to call in to ask questions about the change.

“We’ve had a lot of users calling and wanting clarification,” he said. “Anytime you make a change there is frustration but many recognized they wanted to support wildlife.”

He said they are also working with commercial users on special use permits to accommodate day group businesses.

“It’s going to be a phased-in approach,” he said. “It’s a pretty big change for these state wildlife areas and we know it’s not going to happen overnight.”

Prices for 2020 for Colorado resident licenses include: annual adult fishing, $35.17; small game, $30.11; combo small-game and fishing, $50.37. Day passes are around $14 a day. For non-residents it’s $98 a year or around $17 a day. Senior fishing is $9.85. A person 18 years of age and older and under 65 years of age will also need a Habitat Stamp when applying for or purchasing a hunting or fishing license. No Habitat Stamp is required for applying for or purchasing a person’s first two one-day licenses. The 2020 charge for a Habitat stamp is $10.13.

An annual hunting or fishing license can be purchased through CPW authorized sales agents, by phone at 1-800-244-5613 or online at the CPW Shop.