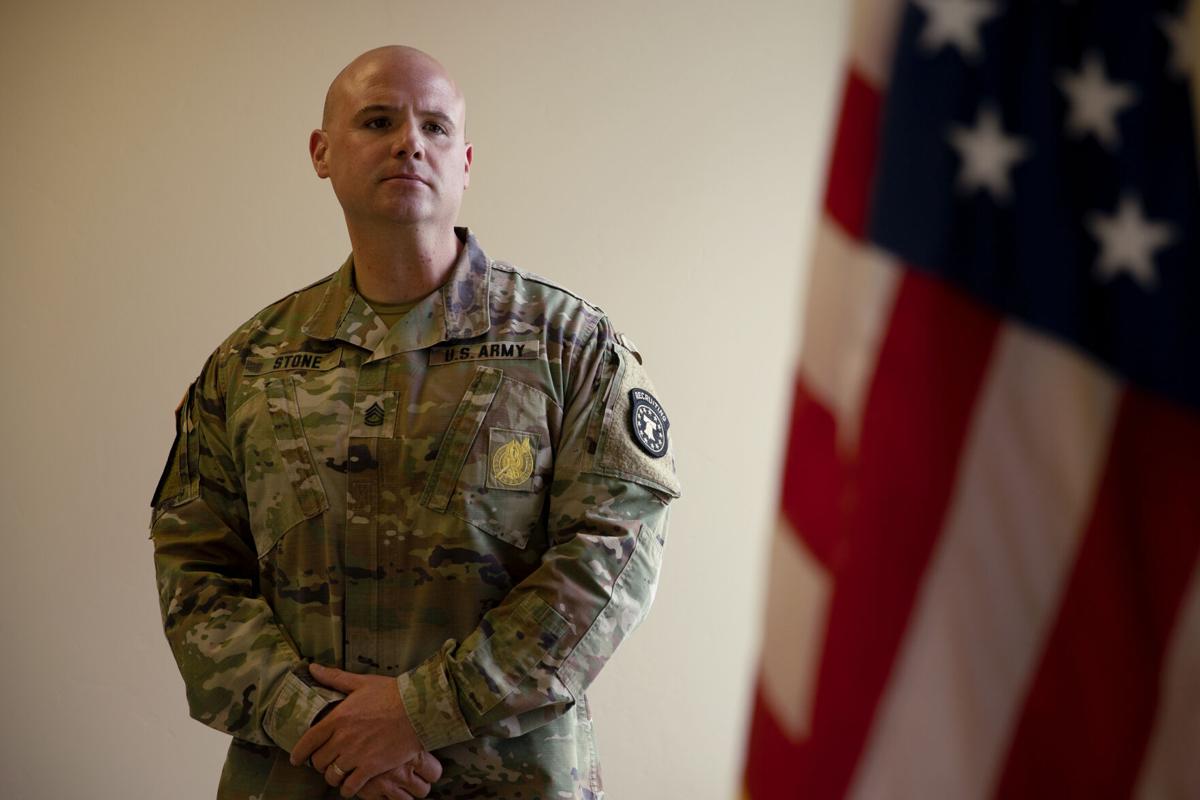 Sgt. 1st Class Michael Stone, a U.S. Army veteran of Iraq and Afghanistan, was recently honored at the Pentagon as the manager of the Western Slope Recruiting Detachment. 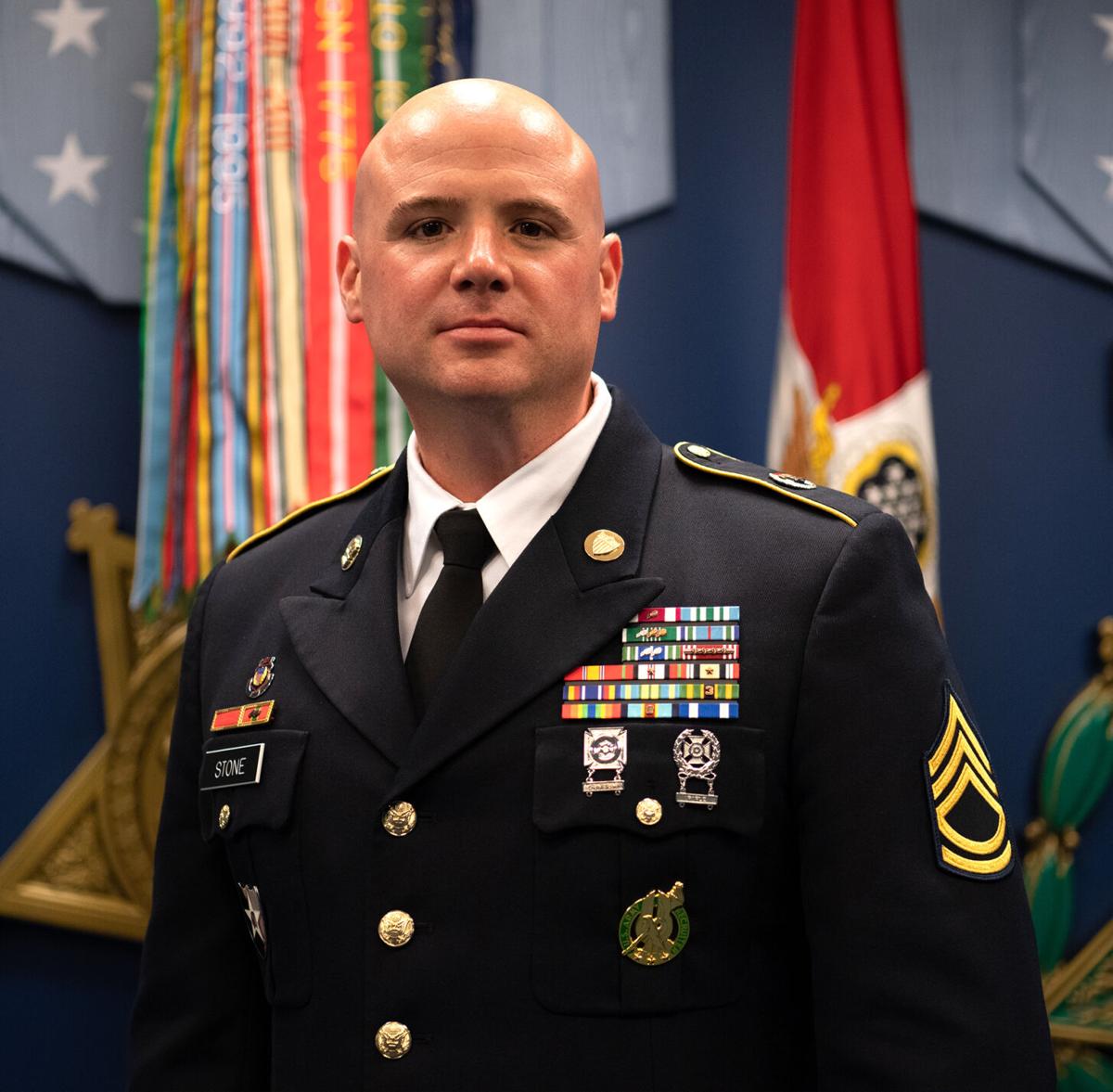 SPECIAL TO THE SENTINEL/U.S. Army

Stone, in full military dress, was honored at the Pentagon. 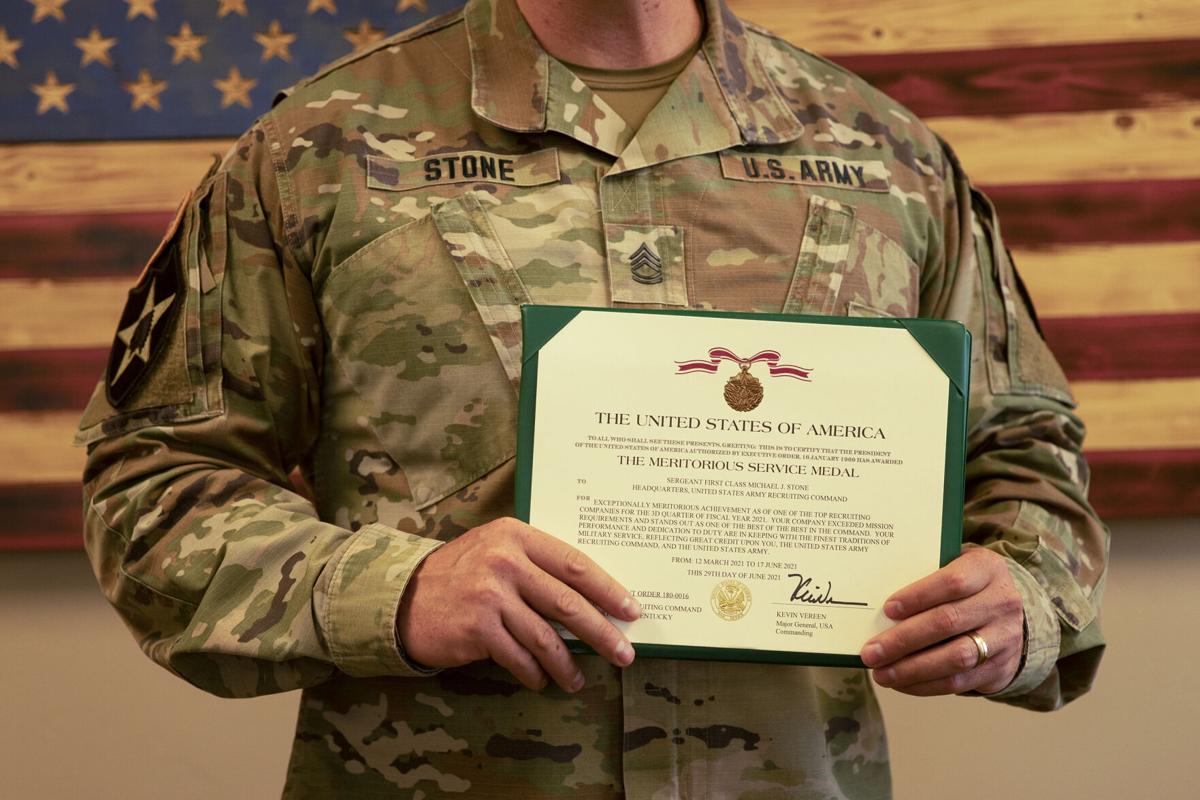 Michael Stone, Sgt. 1st Class with the United States Army Recruiting Company, holds an award he received from the Pentagon in his office on Monday. 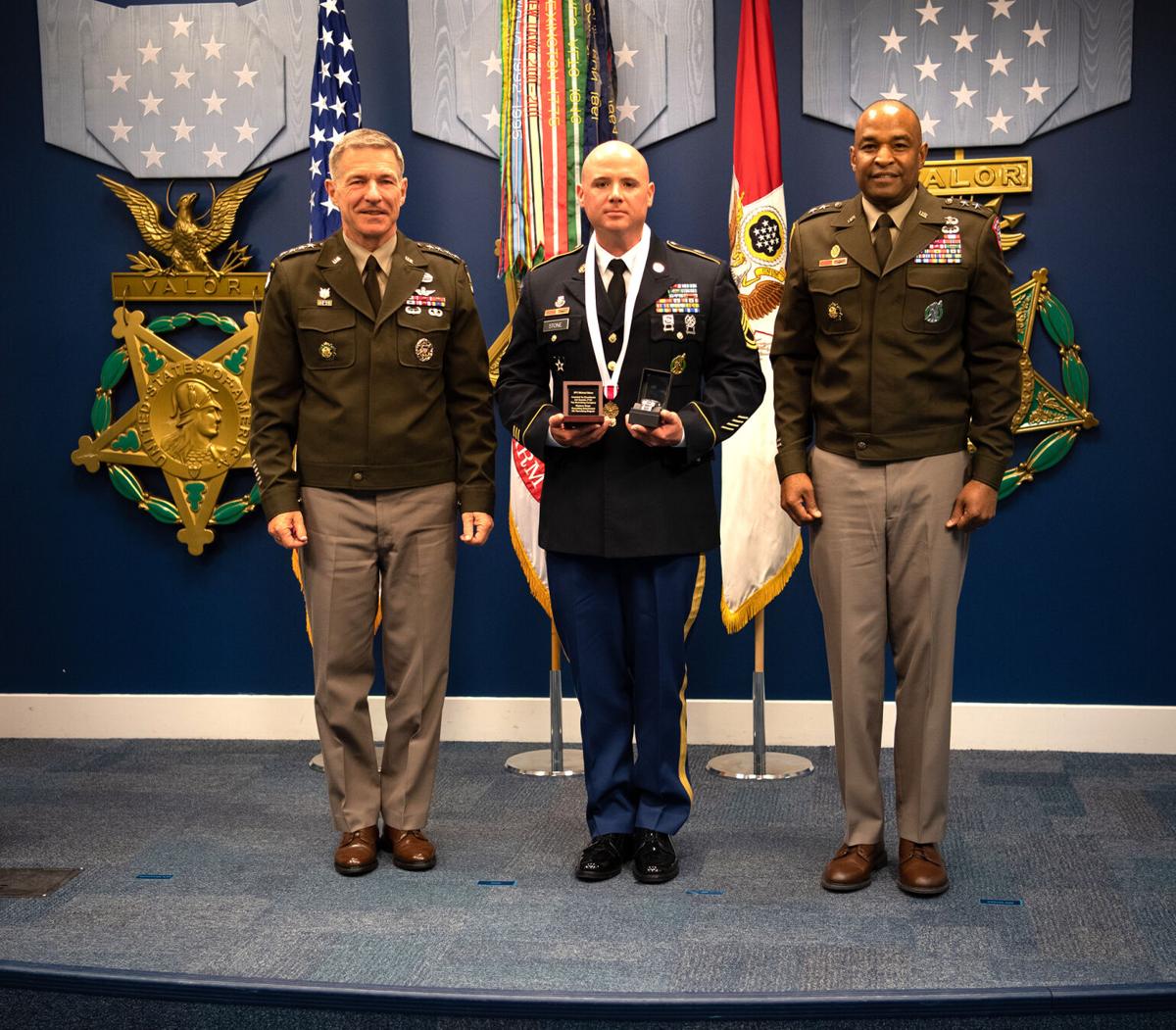 Sgt. 1st Class Michael Stone, a U.S. Army veteran of Iraq and Afghanistan, was recently honored at the Pentagon as the manager of the Western Slope Recruiting Detachment.

SPECIAL TO THE SENTINEL/U.S. Army

Stone, in full military dress, was honored at the Pentagon.

Michael Stone, Sgt. 1st Class with the United States Army Recruiting Company, holds an award he received from the Pentagon in his office on Monday.

One of the things Sgt. 1st Class Mike Stone remembers from his time in the infantry is handing out toys at a children’s hospital in Afghanistan.

“The military has helped me be a better person,” Stone, 34, said. “See a bigger picture, created more of a selflessness. It just makes me humble to be a part of an organization like that.”

Stone, a U.S. Army veteran of Iraq and Afghanistan, was recently honored at the Pentagon as the manager of the Western Slope Recruiting Detachment, the top recruitment company in the 5th Recruiting Brigade, which stretches from Wyoming to the Mexican border in Texas, and from the Mississippi River to California.

Stone stressed that the designation is a group achievement that belongs to the entire company.

“Credit goes to the NCOs (non-commissioned offiders) who work hard on the Western Slope detachment of Colorado. We wouldn’t be here if it wasn’t for them,” Stone said.

The company’s team mindset has created the atmosphere for them to succeed, he said.

“When people buy into each other they buy into the mission,” Stone said.

The award is based on a number of factors, including number of recruits based on population, Stone said.

Another reason the company has been successful is because they are embedded with the community, Stone said, participating in things like Big Brother programs and other community projects.

“Part of this is us assimilating with the community, and kind of giving back to them as well,” he said.

Stone said recruiting is more difficult in the mountain resort towns because people there are more likely to be vacationing, and therefore around for less time during which a recruiter can build a relationship.

“It’s extremely challenging times when it comes to recruiting right now,” Stone said. “But our guys, we find a way to overcome, that’s for sure.”

Only 29% of those ages 17-24 are eligible to serve, Stone said, and of those only 13% have expressed interest.

The top three reasons people aren’t eligible to serve are obesity, other health issues and not being able to pass the ASVAB (Armed Services Vocational Aptitude Battery) test to get into the military.

Stone said he thinks a lot of what is keeping people from being interested is a lack of education about the army.

Recruiting was made more challenging for everybody by the COVID-19 pandemic, Stone said, but on the Western Slope it was helped by a large population of veterans, who encourage the younger generation to join.

“I would say the Western Slope is very military friendly,” Stone said.

While in Washington D.C., Stone got to go to the Pentagon and around the city, which included a stop at the Army museum, which Stone said made him emotional.

“Going to D.C. increased my pride in our country and in our military,” he said.

A former infantryman, Stone has been in the Army for 13 years and has served in Iraq and Afghanistan.

He joined the Army following the financial crash in 2008, and said it was one of the best decisions of his life.

Stone was offered the chance to be a recruiter in Albuquerque, where he grew up, following his second deployment. He took it, and once he started decided that recruiting was the right path for him.

Stone is married and has three children, ages five, soon to be three and seven months.

He lives in Palisade, and said he hopes to retire on the Western Slope.

Having grown up with a single mother who had to work three jobs to make things work, Stone said

“I never thought I’d be where I am today,” Stone said.

The most rewarding part of being a recruiter is seeing the effect he has had on people’s lives, Stone said.

“All these kids, they’re writing you, sending you letters about how you’ve changed their lives, and eight years later some of the kids are married, have their own kids and they still write and you realize you’ve had an impact you never thought you could have had,” Stone said.