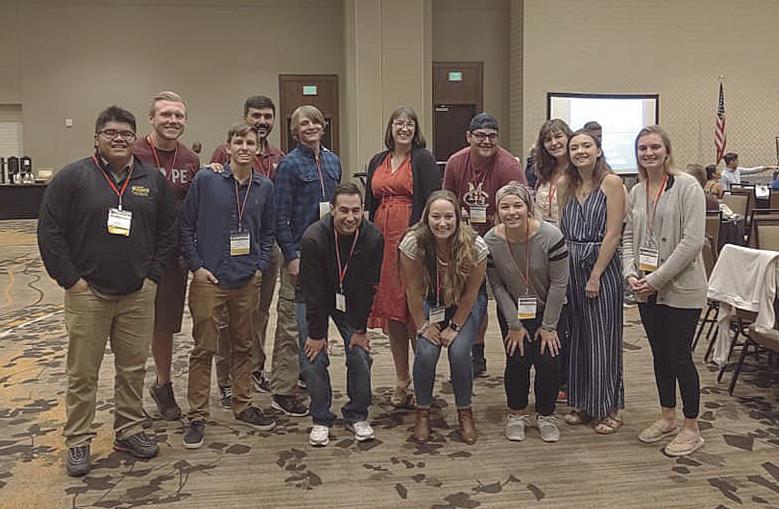 Elizabeth Sharp, associate professor of kinesiology at CMU, (center), with students at the SHAPE Colorado Convention. 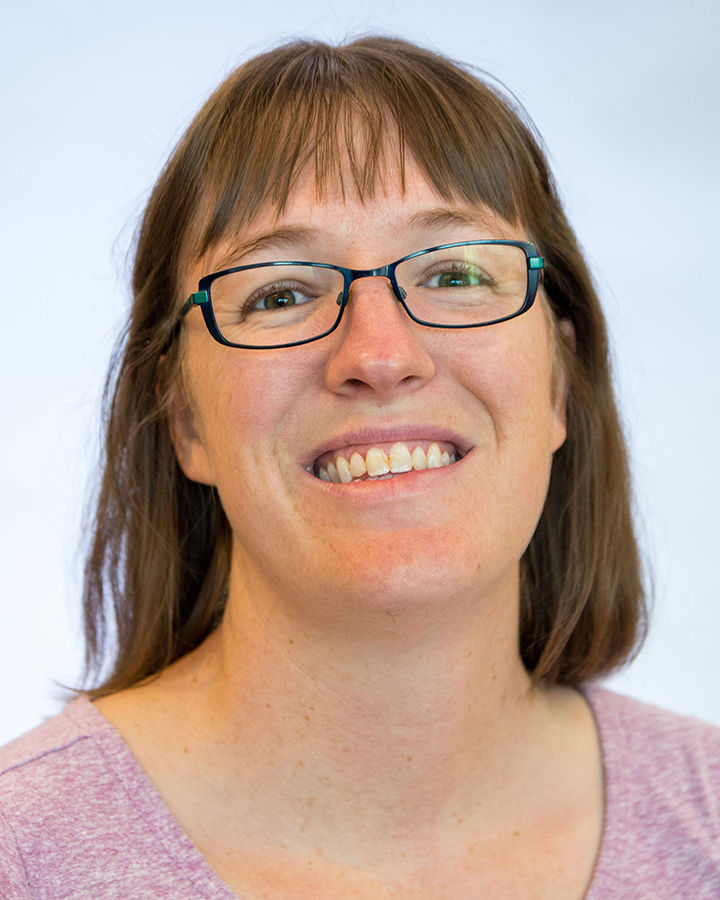 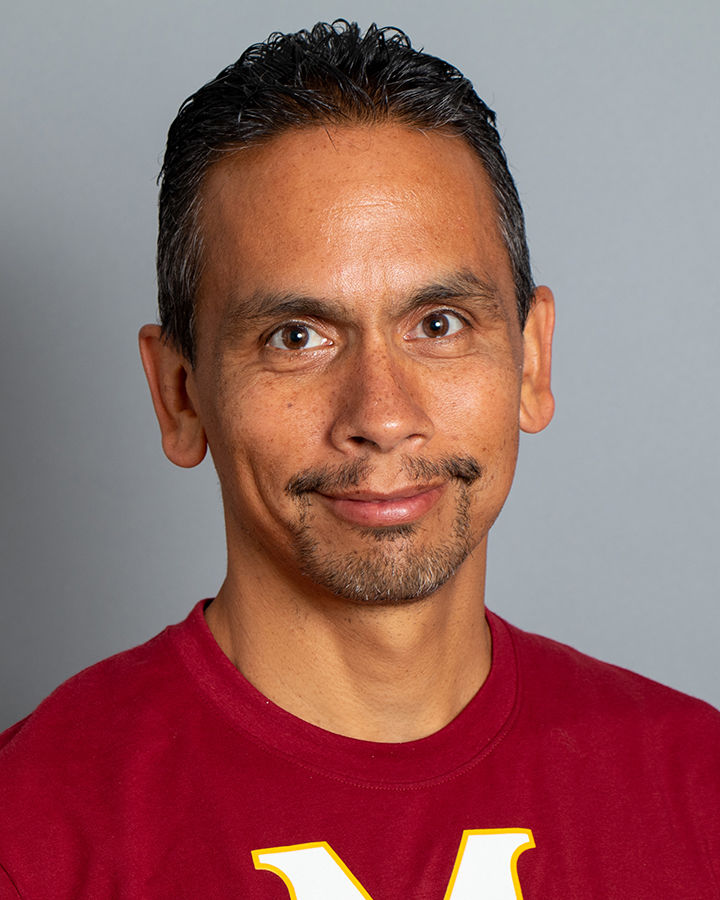 It was February when Elizabeth Sharp stepped off the plane in Denver. She was greeted with snow and below freezing temperatures as she walked across the tarmac to board a small plane headed to Grand Junction. As she put her bag in the overhead bin, she thought of her husband and his hatred of snow. Originally from Arkansas, Sharp had spent the last few years studying human performance and physical education pedagogy at Middle Tennessee State University-Murfreesboro. She had earned her PhD, received an interview at Colorado Mesa University and was hopeful it would all lead to a future in western Colorado.

Upon arrival, Sharp learned Grand Junction weather was mild enough for her husband, but it was more than that: It was the perfect place to start a new chapter.

“I was hooked immediately by just how beautiful it was,” said Sharp. “Then I walked around CMU and I just loved the vibrancy of the campus, the size of the school and the emphasis on teaching. I felt like I could build a family and a community here.”

Nine years later, Sharp has done exactly that — she’s an associate professor of kinesiology, a mother of two and is highly involved in her church. Throughout the years, the university’s mission of students first has motivated Sharp to be the resource her students need year after year.

“I really like that the bulk of my evaluation is on teaching my students and building those relationships,” she said. “Most of my students know my kids’ names; my kids know them, and that’s something I really pride myself on is that I know my students very well by their senior year.”

That same dedication to student success is what drew Assistant Professor of Kinesiology Gannon White, PhD, to CMU.

“There’s a vibrant student population here. Everyone is involved. Everyone is excited and I think that not only speaks to the kinesiology program but the university, and that makes it so much more fun to work here,” said White.

White joined the CMU community this semester after teaching at the University of Arkansas at Little Rock for nearly a decade. Since earning his PhD at the University of Northern Colorado, he’s been coming back to this great state every summer and waiting for the right opportunity to call it home full time. That opportunity finally came and couldn’t have been more fitting. The CMU Monfort Family Human Performance Lab needed a biomechanist, White’s specialty. Fast forward a few months and White is settled at CMU and heavily involved in student research, an area that has always interested him.

“The thing that attracted me most to the position was undergraduate student involvement in research. You don’t see a lot of undergrads carrying out research and doing these type of projects on other campuses,” he said.

As long-distance runners, rock climbers and whitewater kayakers, White and his wife took to Grand Junction quickly, with White even participating in the 2019 Rim Rock Run.

The outstanding team at CMU doesn’t stop with Sharp and White. CMU has a vast array of faculty and staff that are making a difference in the lives of future generations.

To view or apply to open faculty and staff positions visit, coloradomesa.edu/human-resources/employment.

Brought to you by Colorado Mesa University & The Daily Sentinel

Scattered thunderstorms in the evening, then mainly cloudy overnight with thunderstorms likely. Low near 65F. Winds E at 10 to 20 mph. Chance of rain 80%.

Following the death of George Floyd and the arrest of Minneapolis police officer Derek Chauvin for murder, are the protests taking place in many cities around the country justified?