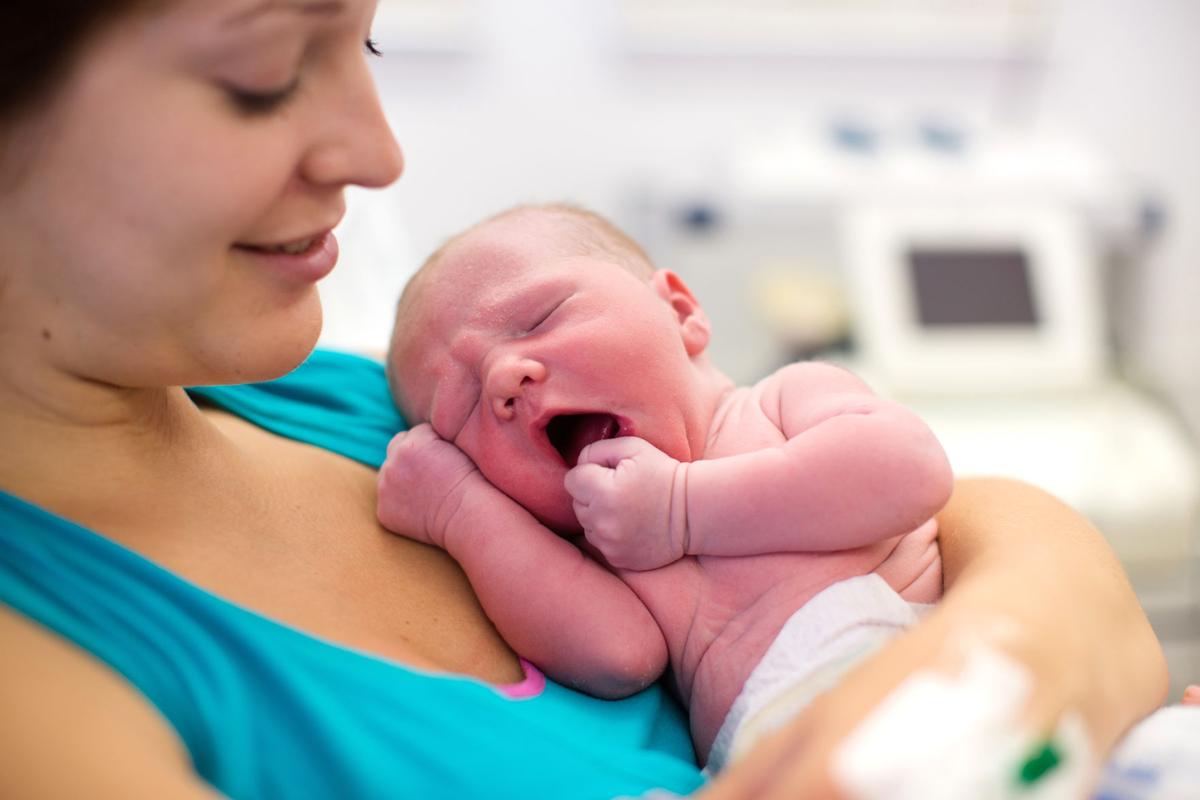 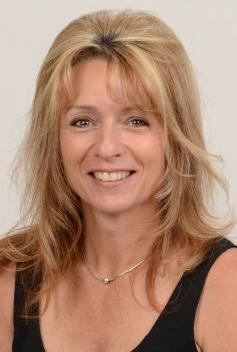 Anita Sheetz began her career as a labor and delivery nurse. She switched to midwifery after earning a Master’s in Science from the University of Colorado. She has also completed a Fellowship in Nursing Leadership at Duke University. 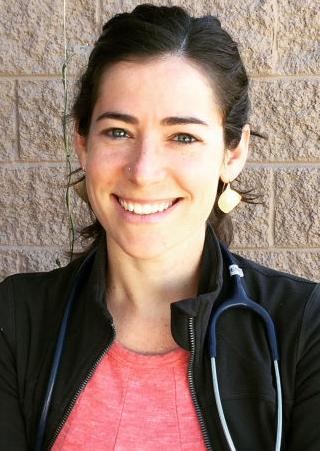 Holly Carpenter graduated from the University of California-San Francisco as a Certified Nurse Midwife and Women’s Health Nurse Practitioner. Prior to joining the St. Mary’s practice, she worked as a midwife in Alaska, California and Idaho. 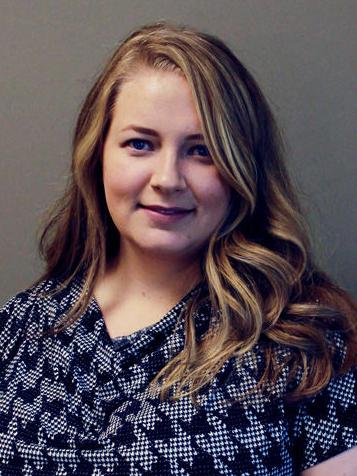 Katherine O’Reilly graduated from Frontier Nursing University with a Master’s in Nursing and an emphasis on Midwifery. She is a CNM and also is a licensed massage therapist. She incorporates that skill in her maternity care.

Anita Sheetz began her career as a labor and delivery nurse. She switched to midwifery after earning a Master’s in Science from the University of Colorado. She has also completed a Fellowship in Nursing Leadership at Duke University.

Holly Carpenter graduated from the University of California-San Francisco as a Certified Nurse Midwife and Women’s Health Nurse Practitioner. Prior to joining the St. Mary’s practice, she worked as a midwife in Alaska, California and Idaho.

Katherine O’Reilly graduated from Frontier Nursing University with a Master’s in Nursing and an emphasis on Midwifery. She is a CNM and also is a licensed massage therapist. She incorporates that skill in her maternity care.

When three midwives gather for a lunchtime break at St. Mary's OB-GYN and Midwifery Clinic, the banter naturally turns to babies — more specifically, to how newborns enter this world.

The midwives share stories about the joys of recent births. They compare notes on the array of aids they offer mothers to make the deliveries as comfortable as possible — Jacuzzi tubs, exercise balls, aromatherapy, massage, music, nitrous oxide. The relaxed conversation underscores the midwife philosophy that childbirth is a natural process, not a pathological condition.

Normalization of the birth process is a tenet of the care midwives provide to women before, during and after childbirth. Certified Nurse Midwives, like these on staff at St. Mary's, also are trained to provide primary and well-woman care for women throughout their lives.

St. Mary's Medical Center has recognized the value of midwife care by adding these three midwives to its staff in the last year. Another will join the practice in August. The midwives work independently but also collaboratively with OB-GYN's in the maternity ward, with high-risk Maternal Fetal Medicine physicians, and with specialists in St. Mary's Neonatal Intensive Care Unit.

"St. Mary's is now a one-stop shop for everything related to childbirth. Everything is conveniently seamless. When women walk through our doors, they have the midwife care, the expertise of OB-GYNs if needed, and the high-risk specialists all in the same building. That is not found anywhere else in the Grand Valley or on the Western Slope," said CNM Holly Carpenter.

Carpenter and her fellow midwives Anita Sheetz, Katherine O'Reilly, and soon, Leslie Gibson, have childbirth experience that adds up to more than three decades and to more than 3,000 babies. They also have more than 25 years of education between them. Each has a string of professional initials following her name.

They offer the epitome of modern hospital-linked delivery care. They also represent an ancient profession.

The term midwife came about in the Middle Ages in England. In Old English 'mid' means 'with.' 'Wif' means 'woman.' But the practice of experienced women attending childbirths was first documented in ancient Egypt.

Perceptions of midwifery have changed through history. At times, midwives have been maligned and misunderstood. Some were considered witches in the early days of this country because they used herbal remedies. Midwives have been marginalized in other eras as caregivers for only the poor or for the "hippie" culture.

Currently, the pendulum has swung to certified midwives being recognized as pregnancy and birth experts. More than 12,000 Certified Nurse Midwives (CNMs) currently practice in the United States. They attend 12 percent of all non-Caesarean births. More than 95 percent of the births they attend are in hospitals rather than homes.

Sheetz, who has been a midwife for 21 years, said she thinks more women in the U.S. are turning to certified midwives because of midwives' patient-driven attitude toward childbirth.

"We promote women being empowered to have the birth that is right for them. We try to support them in making whatever choices they make. We are here to help support them in their choices," Sheetz said.

Jeff Emerson, St. Mary's practice administrator, said the demand for midwife care is why the hospital decided to add nurse midwives to the staff.

"For us, we saw a need in the community that was not being met. We saw building a strong midwife practice as a real benefit to the community," he said.

Having midwives on staff at a hospital is one more step in normalizing a profession that historically handled nearly all births in the United States. It wasn't until the last half of the 18th century, when the practice of medicine became professionalized and medical interventions became the norm in childbirth, that physicians edged out midwives. By the beginning of the 20th century, less than half of all U.S. births were attended by midwives.

Midwifery began a slow comeback in hospitals in the 1950s when training was professionalized and when some hospital administrators developed in-hospital midwifery services to help deal with the post-war baby boom.

Use of midwives still has a lot of catching up to do in the United States. In many countries, midwives deliver the majority of babies. Midwives deliver more than 75 percent of babies in Great Britain, France, Germany and Scandinavia.

Midwives can take credit for triggering changes in attitudes relating to childbirth in the last half century. They helped to gain acceptance for the once radical idea that fathers should be allowed in the delivery room. Midwives pushed for babies to be left in mothers' rooms instead of being placed in nurseries. And they were instrumental in promoting the return to breast-feeding.

Today, the American College of Nurse Midwives oversees certification and continuing education for midwives. The most highly trained level of midwife is Certified Nurse Midwife. These midwives have been trained as nurses and earned master's degrees in certified midwifery programs. They have passed national certification exams.

St. Mary's midwives are all in this category of CNMs. Because of their level of training, they are allowed to provide general women's health care along with birth services. They can also prescribe medications.

Certified midwives (CM) — have bachelor's degrees in fields other than nursing and also a master's in midwifery. They have the same midwifery education and pass the same national exam as CNMs.

Certified Professional Midwives (CPMs) — have apprenticeship training, or are graduates of a formal midwifery education program. CPMs must pass a national certification exam, which is different from the test for CNMs and CNs. CPMs do not work in a hospital setting.

Midwives are trained and have the experience to recognize when something is not right during a pregnancy or birth. If there are problems, the St. Mary's midwives say they can consult, collaborate or refer patients to a higher level of care, usually an OB-GYN. If a woman is diabetic, needs a C-section or has other conditions requiring physician care, the midwives direct those individuals to a physician and continue supporting their patients by working collaboratively with the doctors.

Midwives support natural childbirth. But if mothers prefer to have pain medications or epidurals, midwives support those choices at the same time they promote trying comfort measures like whirlpool baths and massage. They also have a new choice for women — nitrous oxide, otherwise known in dentist offices as "laughing gas." Women in labor can administer it to themselves by holding a mask to their faces during contractions. The nitrous oxide passes through their system in seconds and is safe for the baby.

"One of our most important jobs," O'Reilly said, "is to give women all the options and help them make educated decisions about what they want."

A reader information feature brought to you by St. Mary's Medical Center and The Daily Sentinel