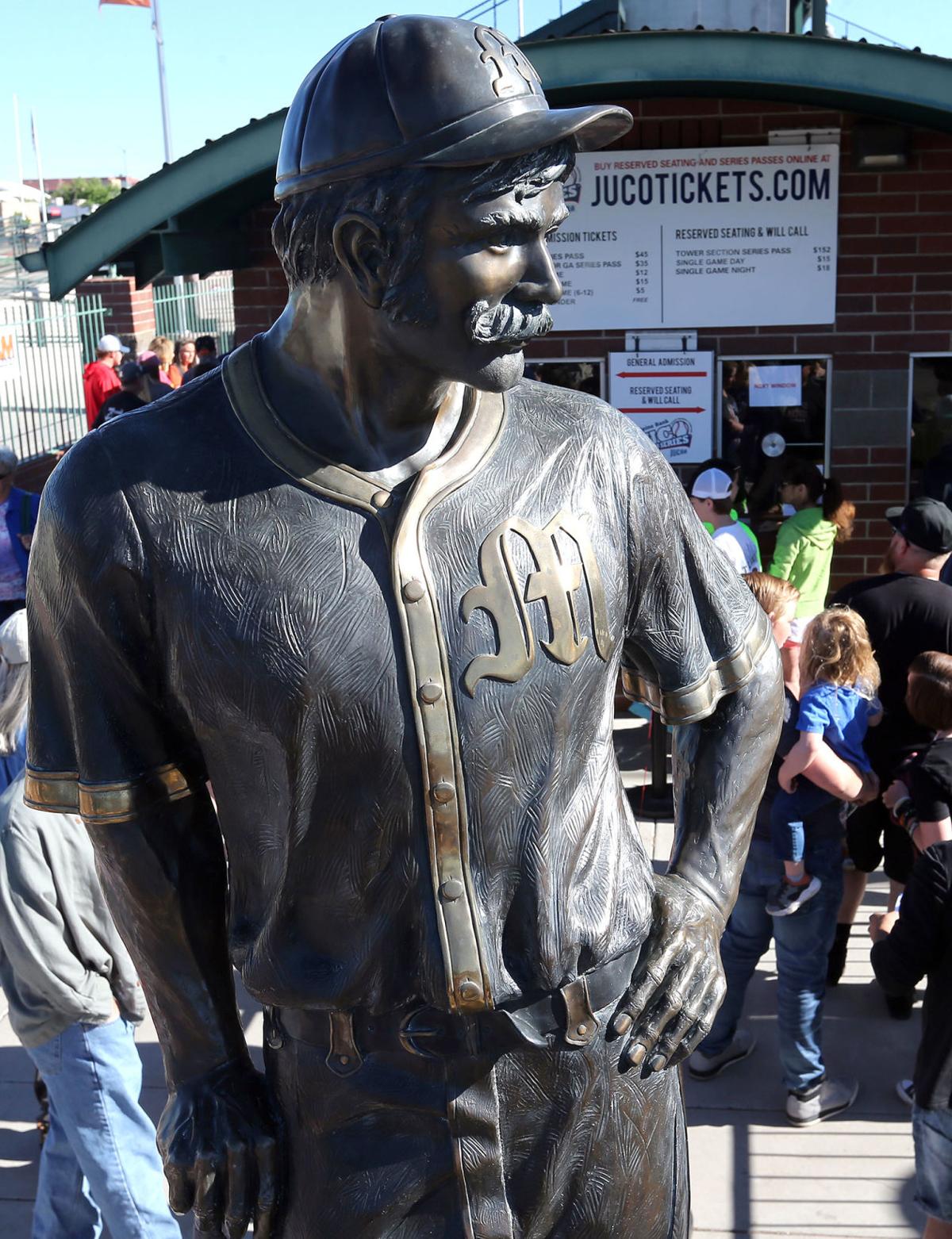 Last year, the Casey at the Bat statue in front of Suplizio Field was surrounded by fans filing into the stadium to watch baseball. This year, Casey is all alone since the COVID-19 outbreak canceled the Alpine Bank Junior College World Series. 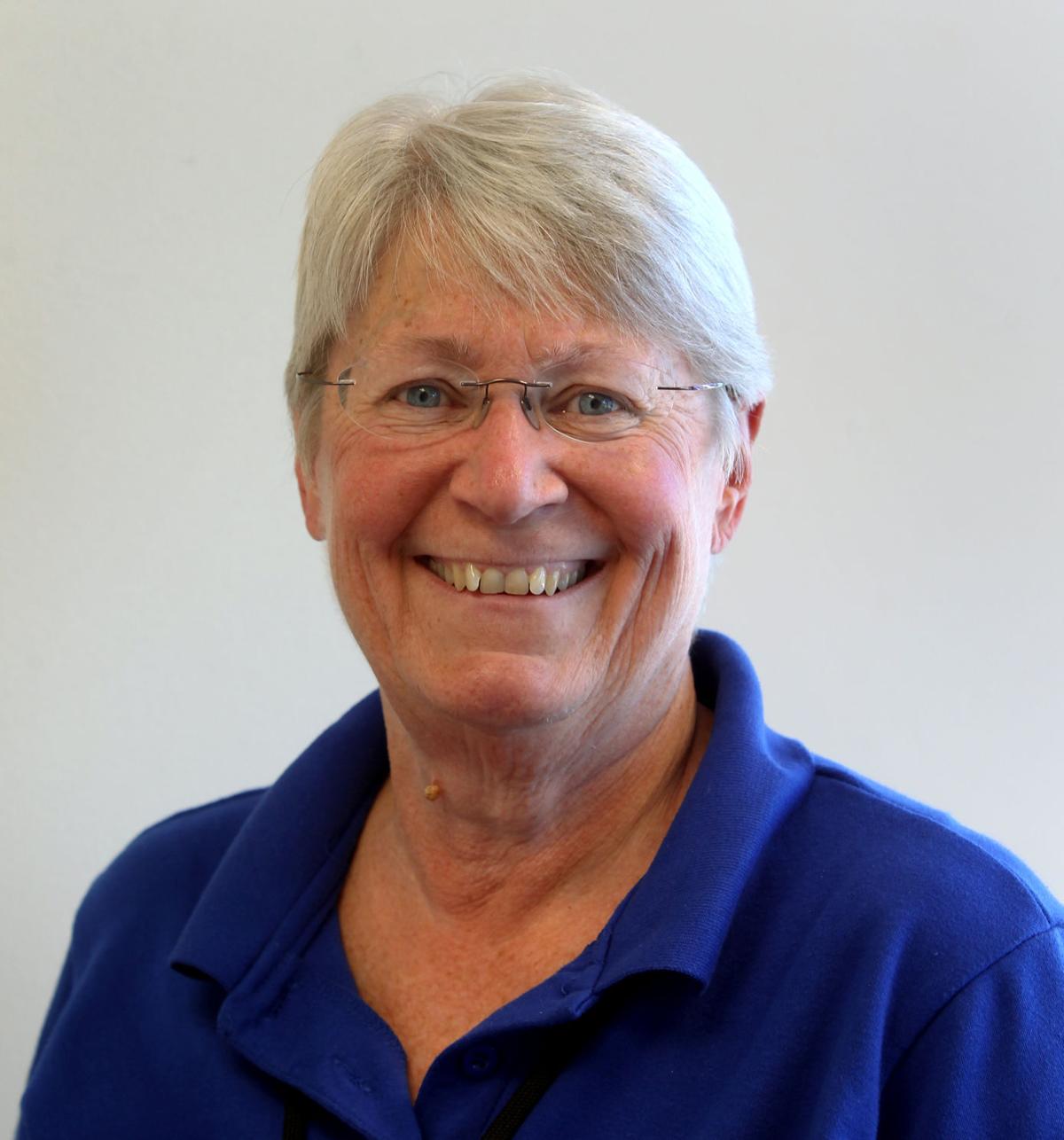 Last year, the Casey at the Bat statue in front of Suplizio Field was surrounded by fans filing into the stadium to watch baseball. This year, Casey is all alone since the COVID-19 outbreak canceled the Alpine Bank Junior College World Series.

My eyes popped open a little before 7 a.m. on Saturday morning.

I didn’t have to dash to pick up the breakfast goodies for the pressbox crew. Didn’t have to juggle those, a couple batches of “JUCO brownies,” my loaded-up backpack and scorebook to the pressbox.

I didn’t have to tell Rookie I’d see her in about 18 hours (it’s OK, she can let herself out).

I didn’t have to hope I set the coffee pot in the pressbox correctly on Friday afternoon so it was ready if tournament co-chair Bruce Hill needed caffeine before I arrived. (Note to self: We need a new coffee pot next year.)

I didn’t have to make sure we were set for JUCO Billboard Bingo, a highlight for the folks who spend their days and nights in the pressbox.

Instead of my usual JUCO opening day routine, I had a leisurely cup of coffee (in my JUCO coffee cup, of course), fed Rookie, read the paper, checked email and headed to the grocery store.

On my way home, something told me to keep traveling south on 12th Street instead of turning left on Elm.

I had to go to the ballpark.

It was about 10:30 a.m., and normally the parking lot would be packed, music playing and kids already milling about under the bleachers.

I’d be smelling popcorn, hot dogs and sugar. It’s a strange mixture of scents, but it lets me know I’m at JUCO. Programs would be for sale, T-shirts hung on the display board just inside the south gate and there would already be a line forming to snap up the popular styles of T-shirts and caps.

Families of players would be snapping photos, gathering in front of the Casey statue at the entrance and taking it all in.

Normally, I’d make my way up the elevator to the press level and greet other reporters, NJCAA officials and the guys who run mission control in the big booth. Instead, there were no questions about seating, lineups, postgame protocols. No “we ready?” inquiries.

It was quiet. Too quiet for a ballpark.

No music. No popcorn. No hotdogs. No scent of sugar lingering in the air.

No one selling programs, T-shirts and caps.

The scoreboard and video board were dark. The stands were empty, gates locked tight.

Casey was all alone.

I stood outside the fence next to the stone base of the empty flag poles. There was no flag fluttering above the green monster in center field. The “Welcome JUCO Fans” banner isn’t hanging on the facade of the Hamilton Family Tower. No state flags of the 10 qualifying teams fly above the fence behind home plate. No alternating JUCO and American flags. No red, white and blue bunting anywhere.

No “Welcome JUCO” signs are in store windows. Hotels along Horizon Drive haven’t added “GO [insert team here]” to their marquees or decorated their lobbies in team colors.

The commissioners aren’t behind home plate, eager for their brownies (sorry, boys). They won’t spend the week laughing and swapping stories from years past, answering questions from fans, checking lost-and-found and catching up with people they see every year at this time.

The ball shaggers aren’t diving for foul balls that carom off the screen behind home plate before they hit the ground, or swapping game balls that go into the stands for souvenir baseballs.

No cars are driving through the parking lot searching for a spot, then hitting the brakes and just avoiding being plunked by a home run as kids give chase for a souvenir.

Kids aren’t clamoring for autographs and won’t be begging for caps when teams are eliminated.

Across the nation, hundreds of ballplayers aren’t getting to experience what they’ve dreamed about, to play for a national championship. They aren’t getting to see for themselves if the stories they’ve heard about Grand Junction are true.

Business coffers are missing out on more than $1 million in much-needed revenue.

After a few too-quiet moments looking at the field (which is pristine, with no games for more than two months), I drove home. I live close enough to the ballpark that I can hear the music and watch the fireworks on those rare nights I’m not at the park. That won’t be this week.

After putting away the groceries and starting to work on another story, I got a text from Chuck Locke, one of the JUCO Committee volunteers who spends all day, every day, in the pressbox. It was about 11 a.m. He sent a photo taken on a roof of an under-repair swamp cooler.

“Normally at this time I’m getting ready for the 7th inning stretch, but I’m working on my swamp coolers. I miss JUCO.”

Life in the Red: A walk-on DB keeps showing up in the Huskers' spring testing numbers