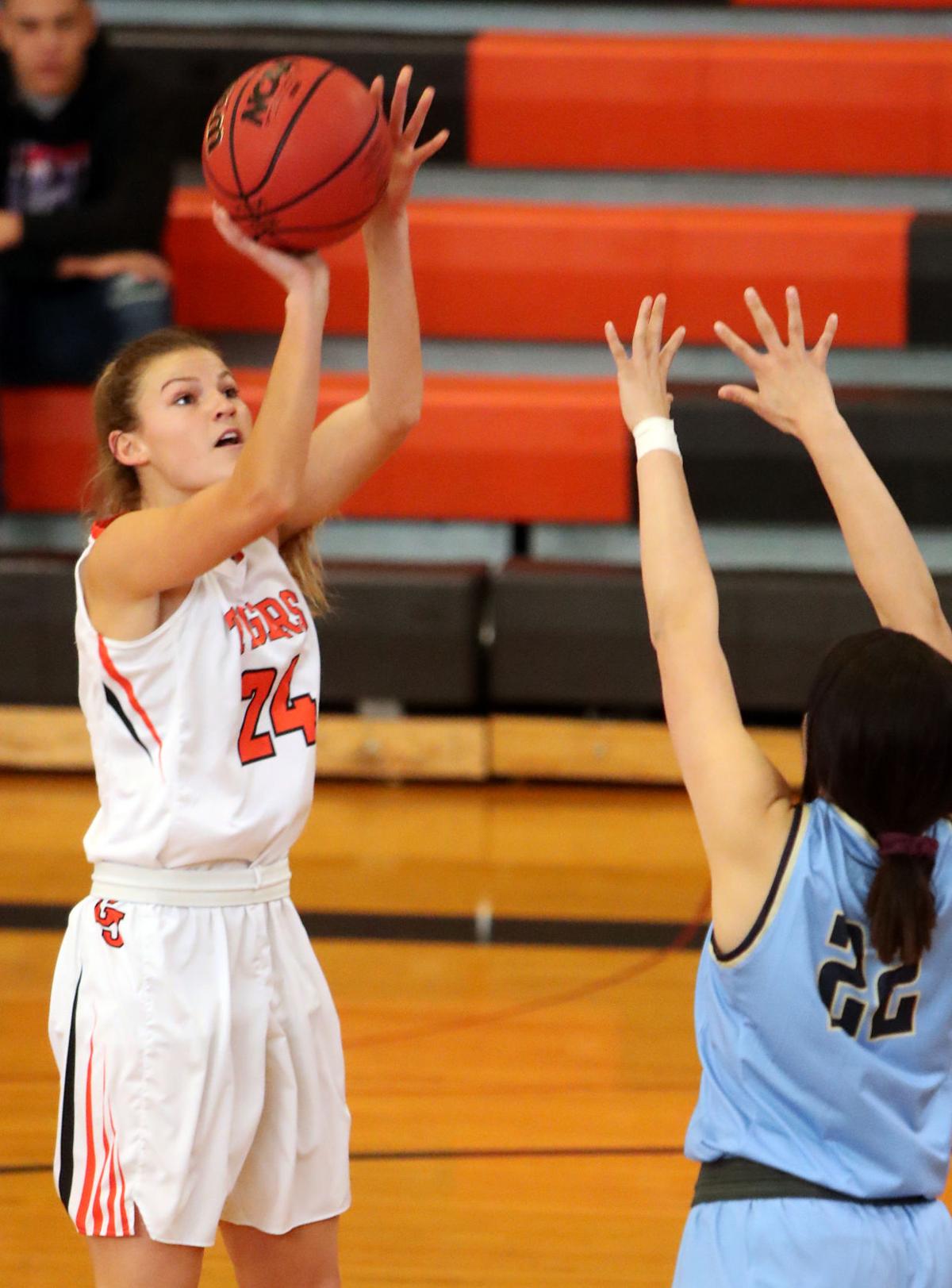 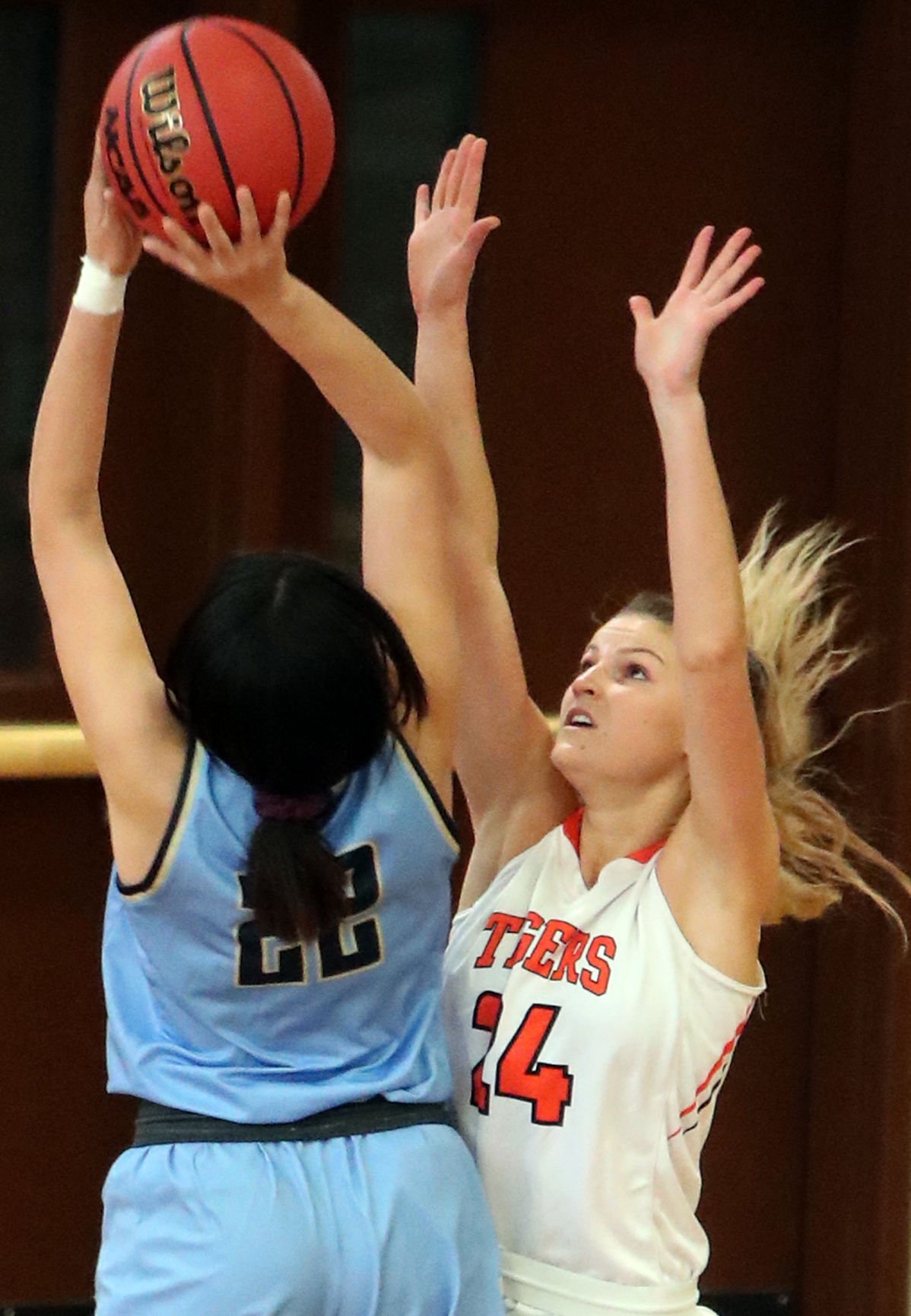 Grand Junction’s Dolcie Hanlon, 24, scored seven of the Tigers’ first 10 points Saturday and finished with 17 in Grand Junction’s 41-39 loss to Greeley West. Hanlon has become a spark for the Tigers’ offense this season, averaging 8.3 points per game. 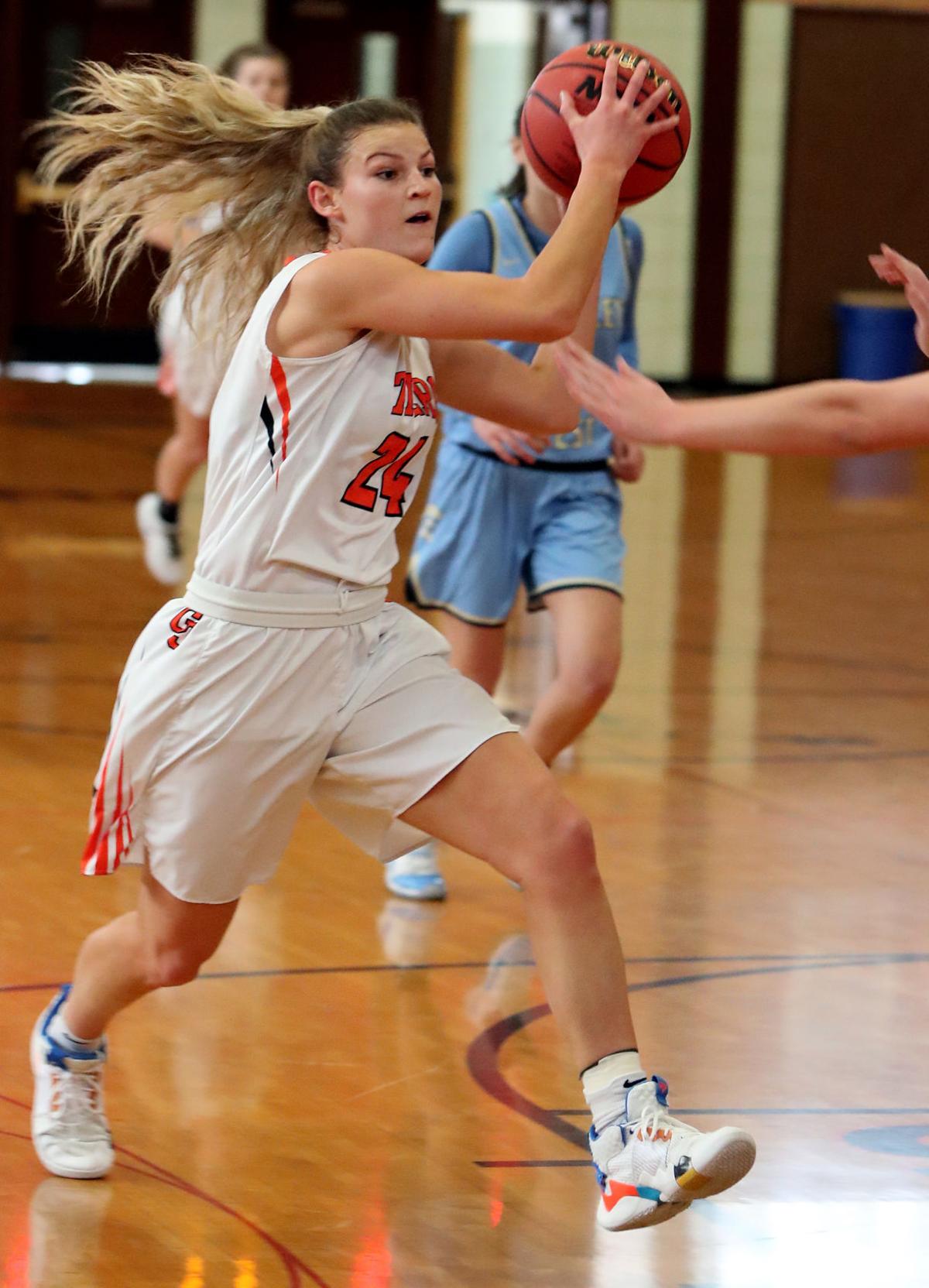 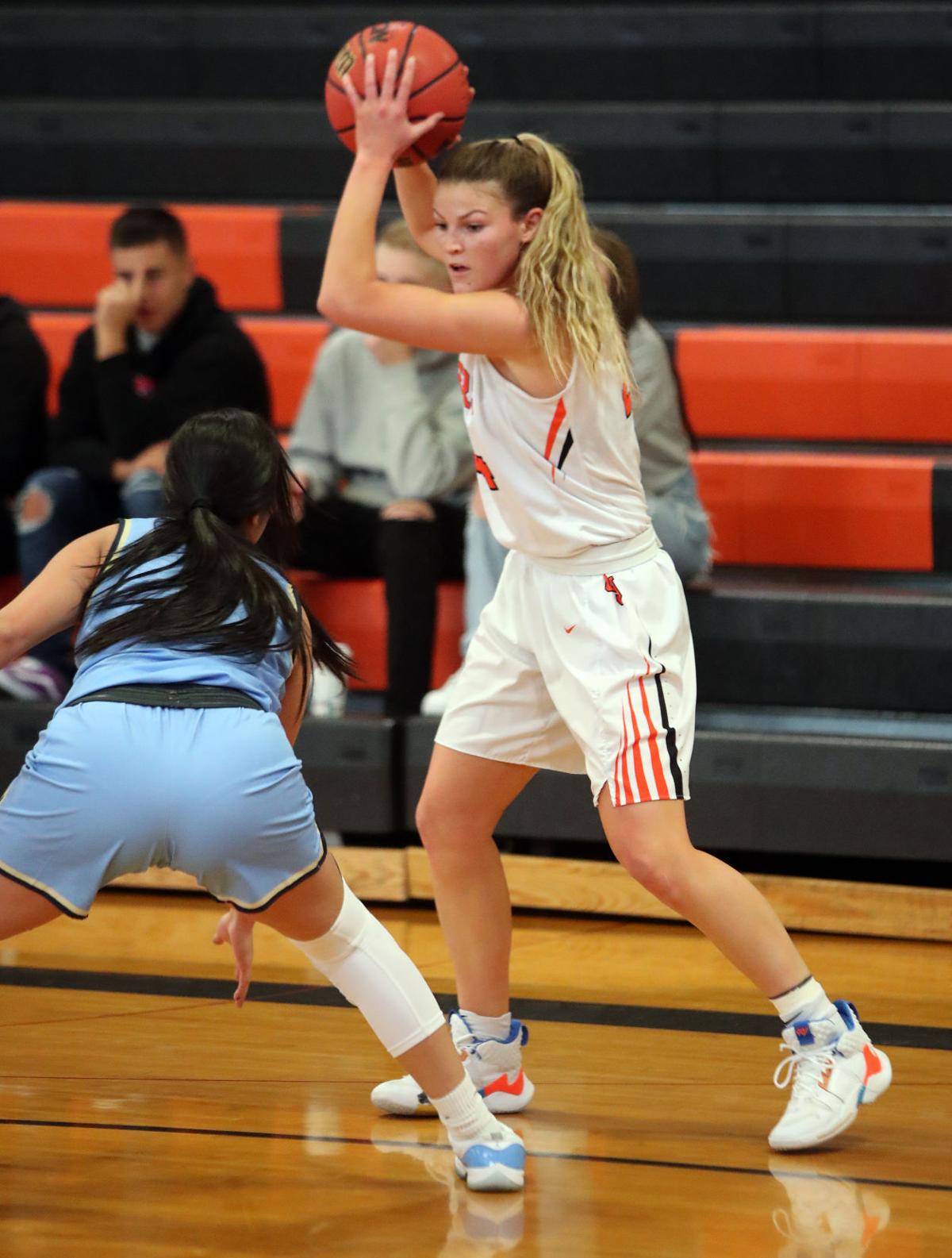 Grand Junction’s Dolcie Hanlon, 24, scored seven of the Tigers’ first 10 points Saturday and finished with 17 in Grand Junction’s 41-39 loss to Greeley West. Hanlon has become a spark for the Tigers’ offense this season, averaging 8.3 points per game.

Without stars from last year such as now-Colorado Mesa University player Kenzie Younker, the Tigers sorely needed a spark on offense.

They’ve found one in Dolcie Hanlon.

Going into Saturday’s home game against Greeley West, Grand Junction’s first game of 2020, Hanlon was averaging 8.3 points, the best on a team that was scoring 22.8 points per game.

“I’ve had a lot more confidence,” Hanlon said. “Going into the season, at first, I wasn’t as confident with the ball, driving in, taking a layup, but now, it feels like I’ve got this.”

Her improved play with the ball helped Grand Junction, which finished 16-8 and made the Class 5A playoffs last year, win two straight games after a 1-6 start. She continued her strong stretch Saturday, scoring the game’s first seven points and finishing with a team-high 17.

Despite Hanlon’s success in a game the Tigers opened with a 10-0 lead, Grand Junction fell to Greeley West 41-39.

“I think, right now, we’re really bummed,” Hanlon said. “The win was right there. We know we’re capable of getting that win. But we just came to this game playing individually and not as a group like we could’ve.”

After letting the double-digit lead slip, the Tigers (3-7) and Spartans (6-3) settled into a back-and-forth affair. The Tigers made three 3-pointers in the third quarter, two by Raquel Medina and a third by Laney Laffler to put Grand Junction up 31-27 going to the fourth.

Hanlon had a three-point play early in the fourth and later made a mid-range jumper to put the Tigers ahead 38-37 with 3 minutes, 10 seconds left.

However, Nevaeh Sepeda’s 3-pointer from the left wing one minute later gave Greeley West the lead for good. From there, neither team was able to make another basket.

Hanlon is enjoying being Grand Junction’s leader offensively, but she believes more balance is in order for the Tigers to get back on track.

“I think we have so many strong girls on this team,” Hanlon said. “After this game, everyone’s confidence is going to build. We’re all going to start taking those shots more. It’s going to be more even scoring as a group.”

Her efforts have helped lift a Tigers’ attack that has scored more than 40 points only once this season.

As long as she’s given the looks, she’ll continue taking her chances.