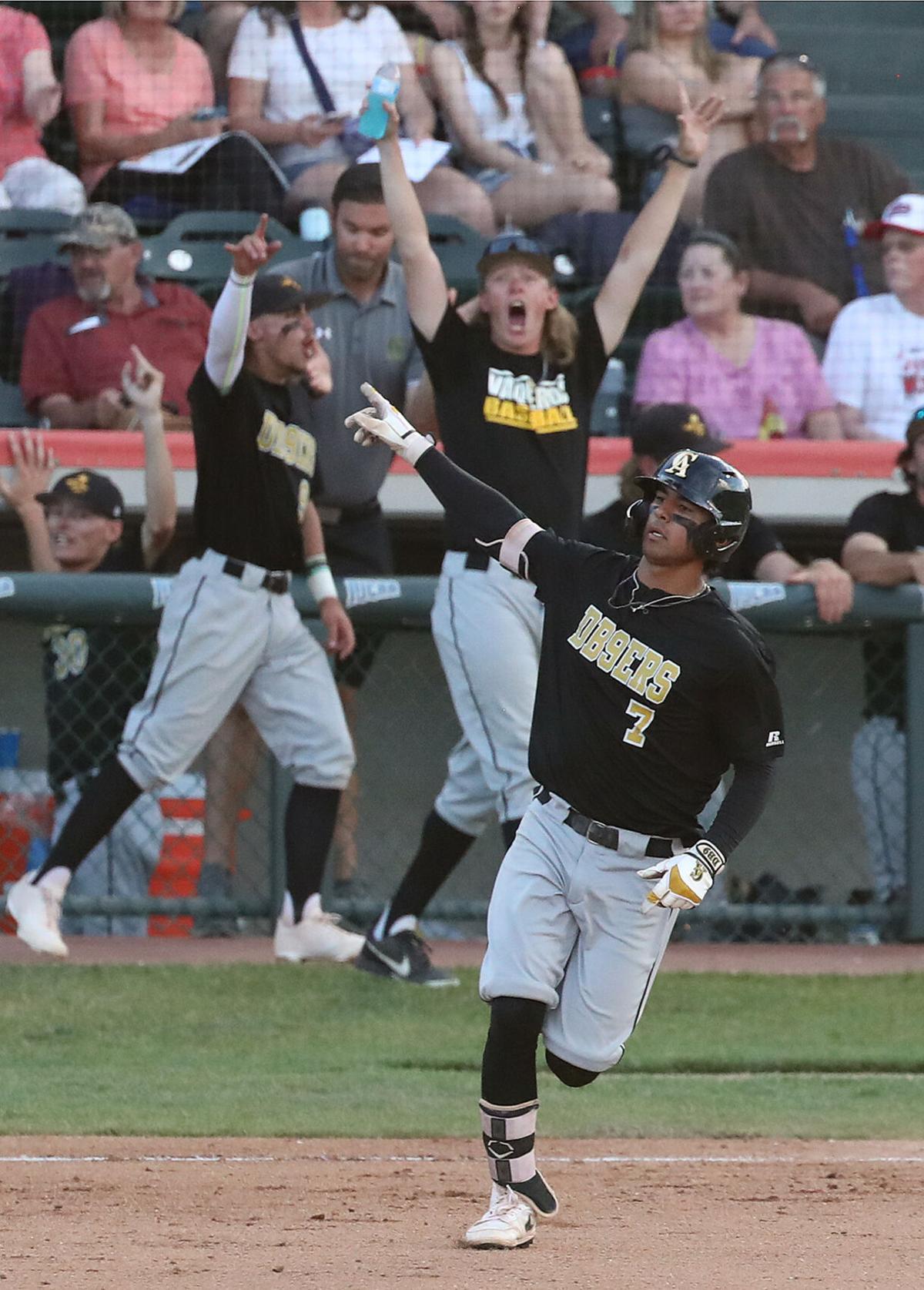 Central Arizona’s Kiko Romero celebrates Friday night as he rounds the bases after hitting a home run in the fourth inning of the Vaqueros’ 7-3 loss to McLennan in the title game of the Alpine Bank Junior College World Series. Romero’s home run gave Central Arizona a short-lived 1-0 lead. 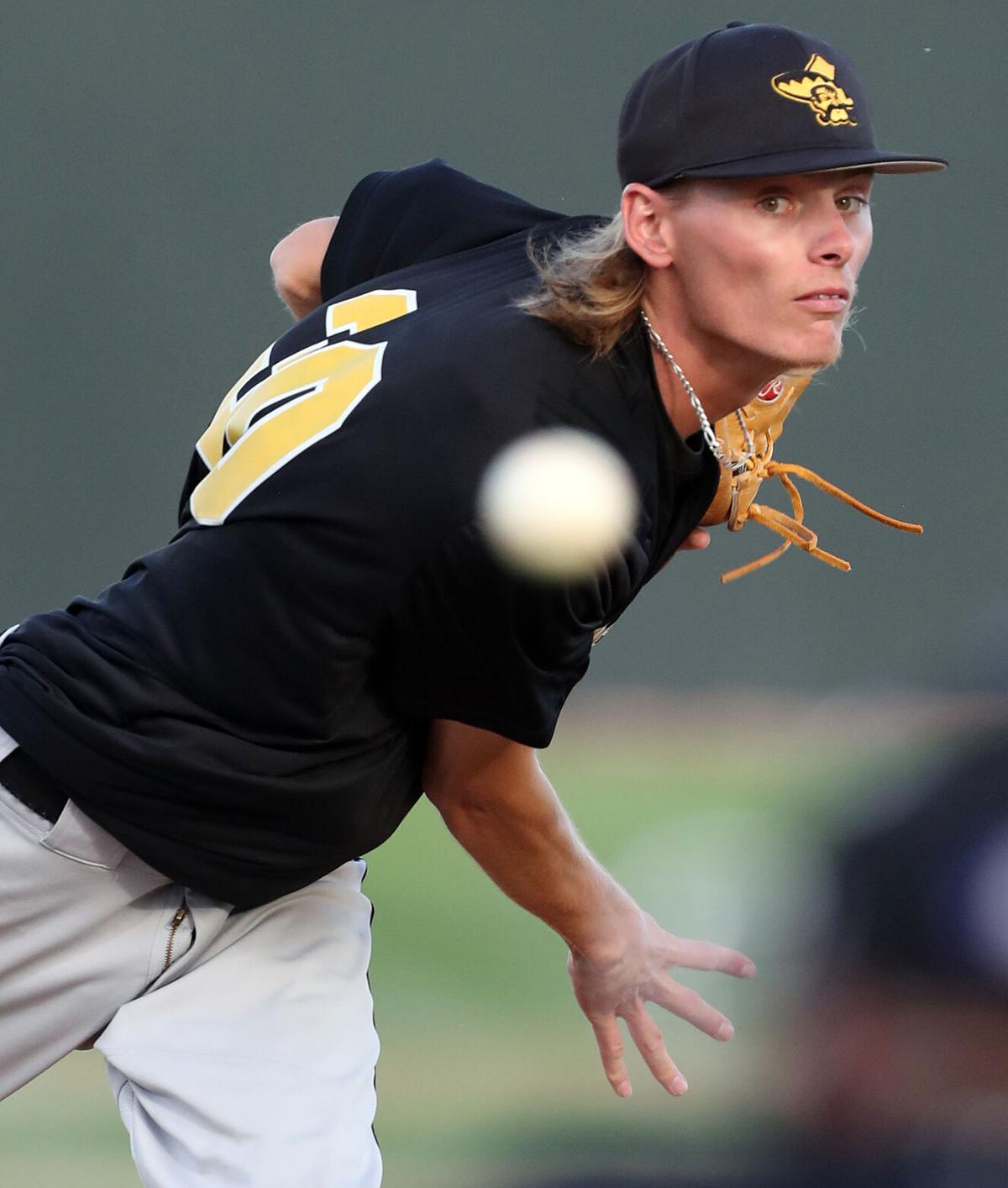 Central Arizona’s Kiko Romero celebrates Friday night as he rounds the bases after hitting a home run in the fourth inning of the Vaqueros’ 7-3 loss to McLennan in the title game of the Alpine Bank Junior College World Series. Romero’s home run gave Central Arizona a short-lived 1-0 lead.

But that was after his Central Arizona College baseball team had won the 2019 title in Grand Junction.

On Friday night, Gilich watched as McLennan Community College (Texas) celebrated with a dog pile of its own after beating Central Arizona 7-3 to win the 2021 JUCO World Series title at Sam Suplizio Field.

“The guys are hurting right now,” Gilich said as tears and eye-black streamed down the faces of the vanquished Vaqueros. “But they have nothing to be disappointed about.”

After a second-round loss to San Jacinto College-North (Texas) 7-4, Central Arizona battled back through the elimination bracket.

The Vaqueros eliminated Cowley and then scored an 11-10 revenge victory to oust San Jac.

They needed two wins over McLennan to repeat as JUCO World Series champions.

“You know, this is a special group,” Gilich said. “They have a lot of respect for each other. This loss stings. The tears and pain … just show that they care.”

Gilich said the Central Arizona players made a substantial commitment to baseball after enduring a COVID-19 hiatus last season.

“These guys who have been here since 2019 have won 120 games,” Gilich said. “They’ve played in two national championship games in two consecutive national tournaments.”

He said the Vaqueros (51-8, 3-2 JUCO) returned from the COVID break with a renewed dedication to get back to Grand Junction and the national tournament.

“It really was an odd year. We didn’t have one practice in the fall,” Gilich said. “We went a good nine months without seeing our guys.

“But when they came back the focus was a little higher because last season was taken away from us. And it showed. We were locked in all year,” the Central Arizona coach said.

He cited the play of first baseman Kiko Romero in the championship game.

Romero homered in the top of the fourth inning to put the Vaqueros on the board.

“This is the first year he’s played first base,” Gilich said. “He’s played in the infield, the outfield and he’s caught. But … our infield coach did a good job with him at first base.”

Central Arizona third baseman and team leader Matt Aribal said he and his teammates vowed to get back to Grand Junction with their beloved coach.

“It’s tough. I just wish it could have ended differently,” Aribal said. “It was a tough ride with a COVID year. But life happens. Every single day we put in the work. We gave it our all … to get back here (Grand Junction).”

Although he agonized over the Friday-night loss, Aribal said he was proud and happy for his teammates and what they accomplished.

“All year, I felt like we faced adversity. But we always stick together,” he said. “This is a family right here. I wouldn’t trade these brothers for anything … a great bunch of dudes.