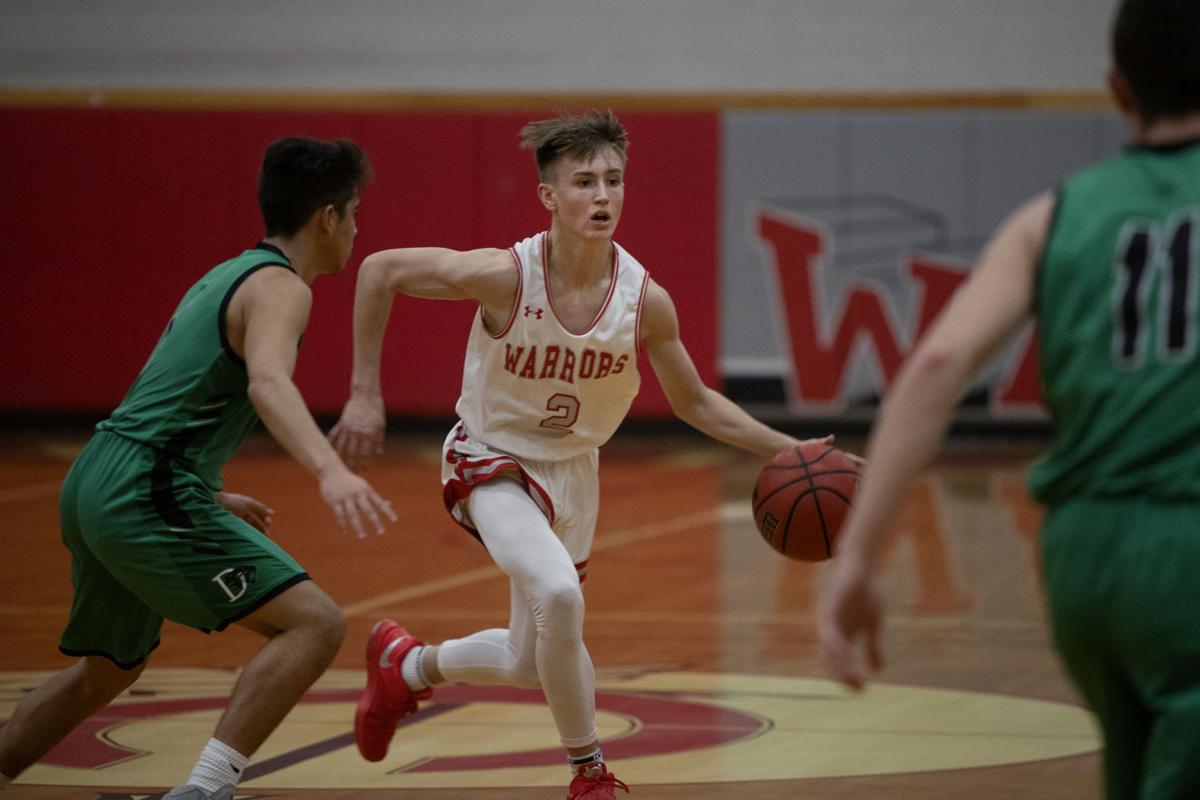 Central’s Dailin Manchester drives past a Delta defender Tuesday night in the Warriors’ 59-56 victory. Manchester’s success as an outside shooter has been key for Central this season. 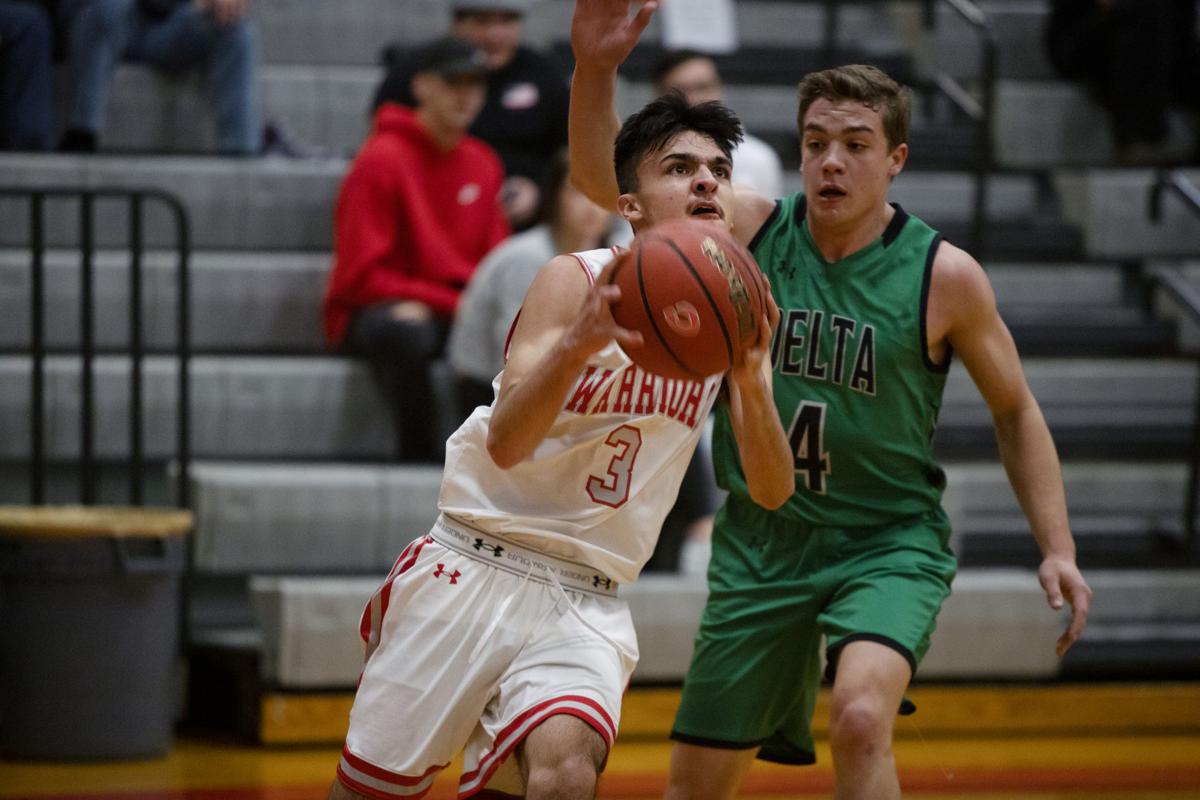 Central’s Jayden Maes drives past Delta’s Nate Workman on Tuesday night to score two of his 16 points in the Warriors’ 59-56 victory. Making shots behind the 3-point line has been key for Central this season.

Central’s Dailin Manchester drives past a Delta defender Tuesday night in the Warriors’ 59-56 victory. Manchester’s success as an outside shooter has been key for Central this season.

Central’s Jayden Maes drives past Delta’s Nate Workman on Tuesday night to score two of his 16 points in the Warriors’ 59-56 victory. Making shots behind the 3-point line has been key for Central this season.

At all levels of basketball, more teams are relying on 3-point shots each year.

Under first-year coach John Sidanycz, the Central High School boys basketball team is among those modernizing their approach to shooting. The results have been mixed, but progress is being made.

Going into Tuesday night’s home game against Delta, the Warriors had attempted more shots from outside the arc (178) than inside (173). Central was making 26% of 3-pointers and 41% of 2-pointers.

The reliance shots behind the arc hasn’t been an explicit part of Sidanycz’s plan, but with the team he has, he won’t encourage his players to stop trying them.

“We know we need to score from the 3-point line, and we’ve got guys who can do it,” Sidanycz said. “If we can get them all going on the same night, it’ll be really, really good.”

Seniors Railin Manchester and Jayden Maes have been the two most prolific 3-point shooters, combining for 32 of Central’s 52 long-distance shots this season.

Manchester has made 43% of his attempts, but he and his teammates are still working on their technique.

“We’re trying to get better at taking our 3s in rhythm and flow when it’s inside and coming back out, getting through passes, being in rhythm,” Manchester said. “But we need to make a bigger point of getting inside more. It’ll help our inside game, our outside game, and everywhere in between.”

Manchester and Maes combined for three 3s and Nathan Ramos made three himself in the Warriors’ 59-56 win over Delta, but for once, it was the inside game that pulled through in the end.

Ramos made all three of his long-range shots late in the third quarter and early in the fourth to cut Delta’s lead to 47-45. From there, Central established more physicality than it has all season.

Nathan Workman gave Delta (1-5) a 56-55 lead with a pair of free throws, but Myers broke free on an inbounds pass and made the winning layup with 18 seconds to go.

“It definitely took all of us on the court,” Manchester said. “We all had to trust each other. We all had to make some big shots. Jayden knocked down some awesome shots. Lots of ball movement and confidence. Triston Nostrand, he did a really good job down low fighting and being a big man.”

Most of the big shots Central made came after halftime. The Warriors trailed 27-21 at halftime before scoring 38 points in the second half.

Maes finished with a team-high 16 points, Myers and Ramos each added 13 and Nostrand had 10 on the Warriors’ most balanced night yet.

Not only did Central get the points it needed, but it did it with the physicality its coach loves to see.

“We talked at halftime about how we needed to hit some shots,” Sidanycz said. “We knew how physical Delta was. We said in between the third and fourth quarters, we knew how physical they’d be, so we needed to find a way to battle through it. We’re up by six, next thing you know, they’re up by one, we’ve got to battle back again. Credit to these guys for sticking to the plan and getting it done.”

Central has won three of its past six after an 0-5 start. With even more balance, the Warriors could go into Southwestern League play with momentum.