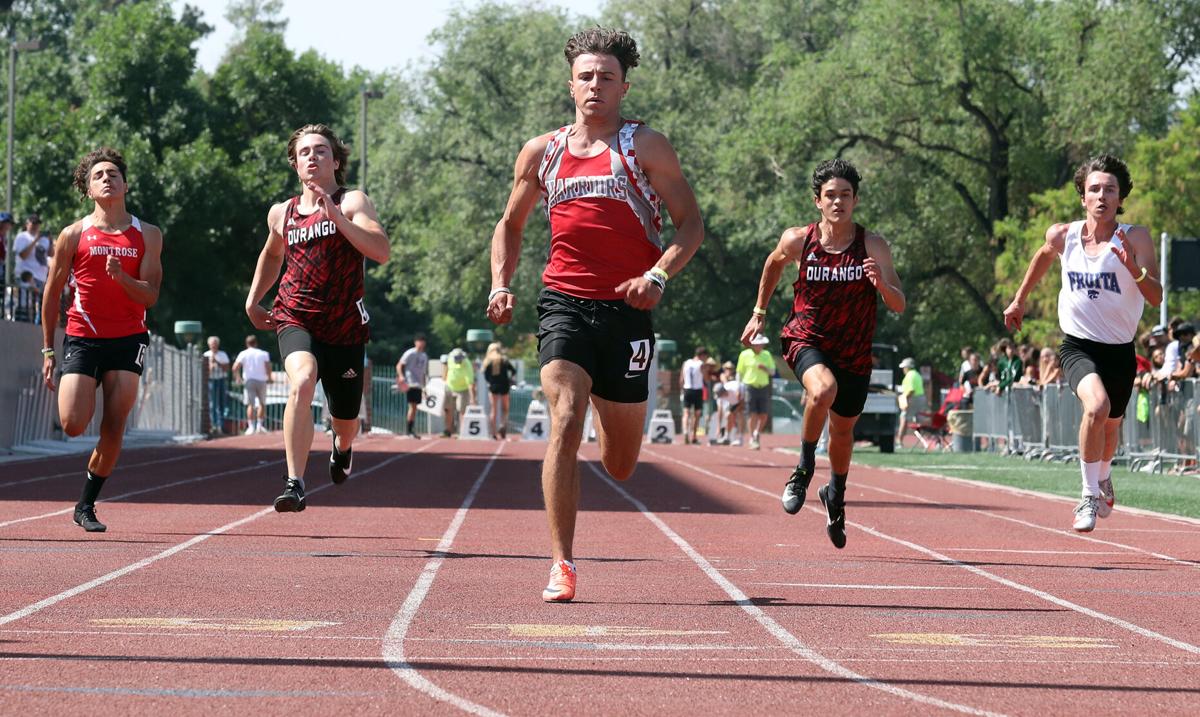 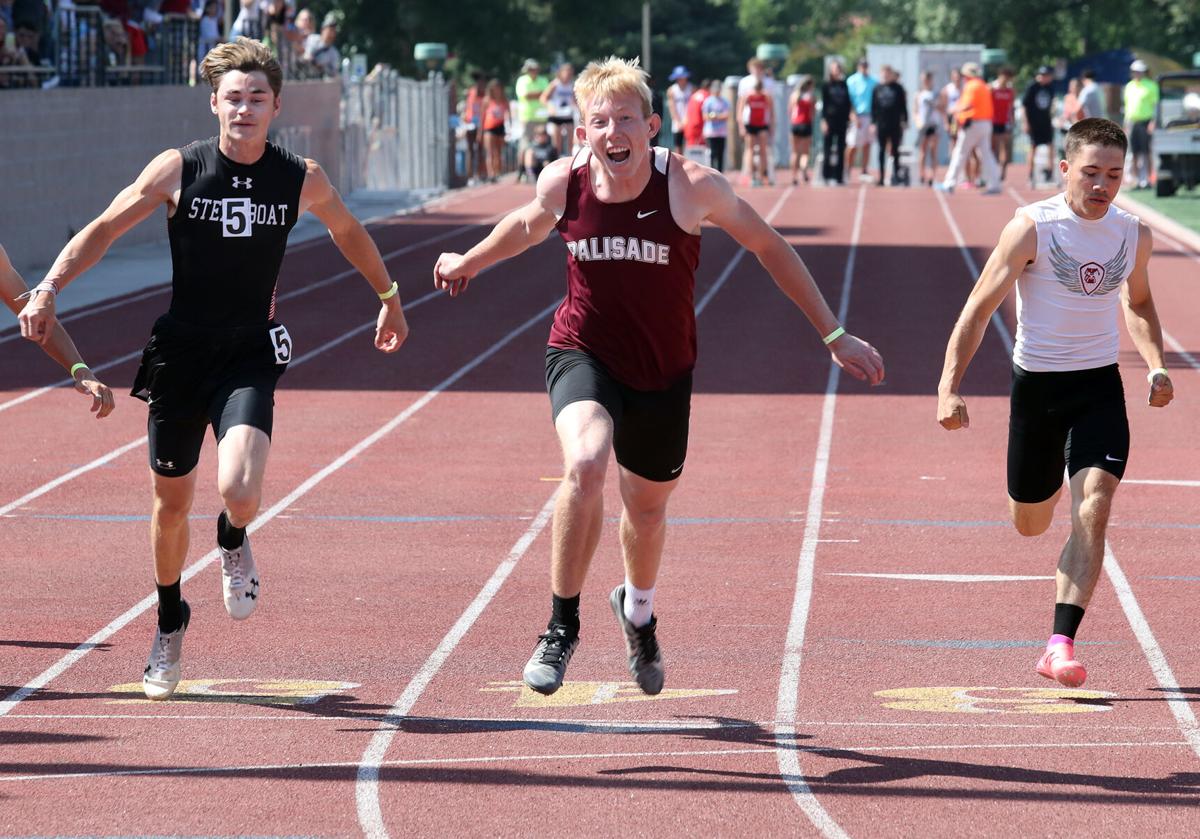 Kemp from Palisade High School winning the Boys 100m Friday morning during the Southwestern League Track Championships.Trying to get his first name.

Kemp from Palisade High School winning the Boys 100m Friday morning during the Southwestern League Track Championships.Trying to get his first name.

Justin Blanton certified his standing this week as the fastest sprinter on the Western Slope.

The 6-foot-3-inch, 195-pound Blanton blitzed the field in the 100 in the morning, winning in 11.08 seconds after posting a top qualifying time of 10.87 seconds — ranking as the second-best time statewide in Class 4A entering this weekend.

Less than 3 hours later, Blanton sprinted into the lead early and ran solo to win the 400 in a blazing 48.98 seconds — in the heat of the day.

Again, Blanton has the second-fastest 4A time in the state — a 48.78 clocked earlier at the Warrior Invitational.

Although the Central sprinter didn’t run the 200-meter dash at the Western Slope Championships, Blanton ran a time of 21.95 seconds earlier this season to rank — you guessed it — second in the state in 4A with the annual State Track and Field Championships looming to the east at Jeffco Stadium on June 24-26.

“I felt like it was a better start (Friday) in the 100,” Blanton said. “My coach was telling me to keep my back, my chest and my knees all in one. I watched myself from the video he (shot Thursday). And I practiced that before the race.”

A voracious student of sprinting, Blanton said that after his improved start in the 100 meters, “I was able to rise up and get my full speed in 15 to 20 meters.”

In the 400 meters, Blanton said he has been working on the final 100 meters of the race.

He attributed his work in the weight room and the training from his coaches for his improved endurance.

“My freshman year, I would be completely dead after a 400. I’d be laying there for like 20 minutes,” said Blanton, who sports a stylish Patrick Mahomes-style haircut. “I didn’t want anyone to talk to me because I couldn’t get my breath.”

Then, COVID-19 took his breath away again last year.

“I was so motivated this year because I missed out on last year,” said Blanton, who’s also eagerly awaiting his senior season in football next fall.

Blaine Escher, the Central sprint coach, said Blanton has uncommon drive and motivation — plus a unique awareness of his biomechanics.

“He is so intrinsically motivated,” Escher said. “And he does such a good job biomechanically. He wants his body to be efficient. He’s really understanding (the biomechanics); he’s not just trying to run fast.”

The Central coach said he and Blanton use videos to help refine his running technique.

He said Blanton also has another gear compared to most of his contemporaries.

“His top-end speed is where he really shines,” Escher said, adding that Blanton will target the 100, 200 and 400 at the state championships in two weeks.

“State … is where it matters the most,” Blanton said. “You only get one shot at state.”

He also credited his Central teammates for his improving performances.

“My teammates push me to do better,” he said.. “That gets a mindset in my head. They’ve pushed me farther than I thought I could go.”

“He understands that you don’t wish for more than you’re willing to work for,” Escher said.

In other highlights from Friday, the second day of the championship:

All other winners are available as results on Page 10A or on the Daily Sentinel website.

Who's next: Potential candidates for Missouri's new AD

A different kind of replacement