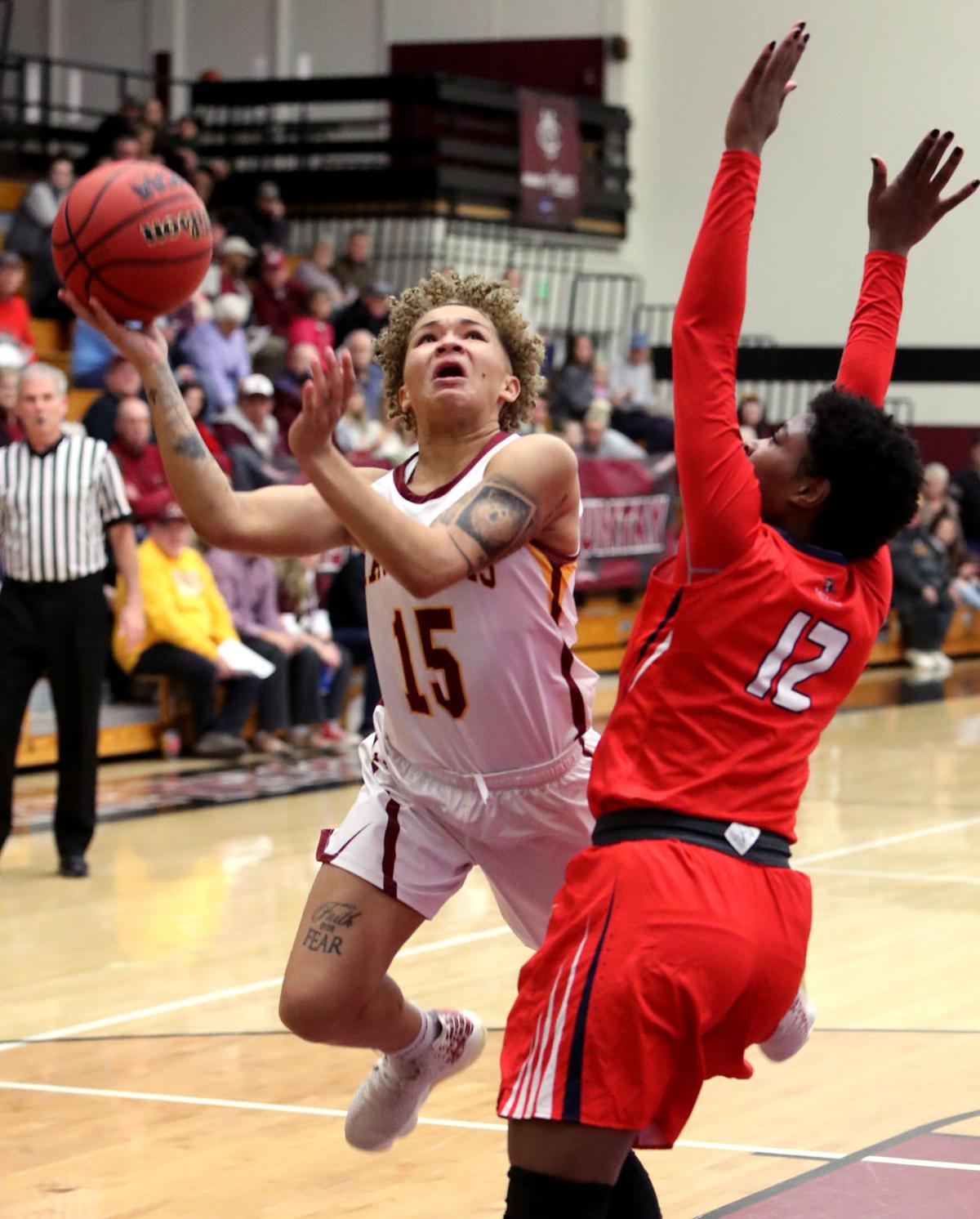 Sydni Brandon, 15, hits a driving layup Friday night as she draws contact against Jaela Richardson, 12, of Metro State. Brandon scored nine points and had eight assists in the Mavericks’ 70-61 victory at Brownson Arena. 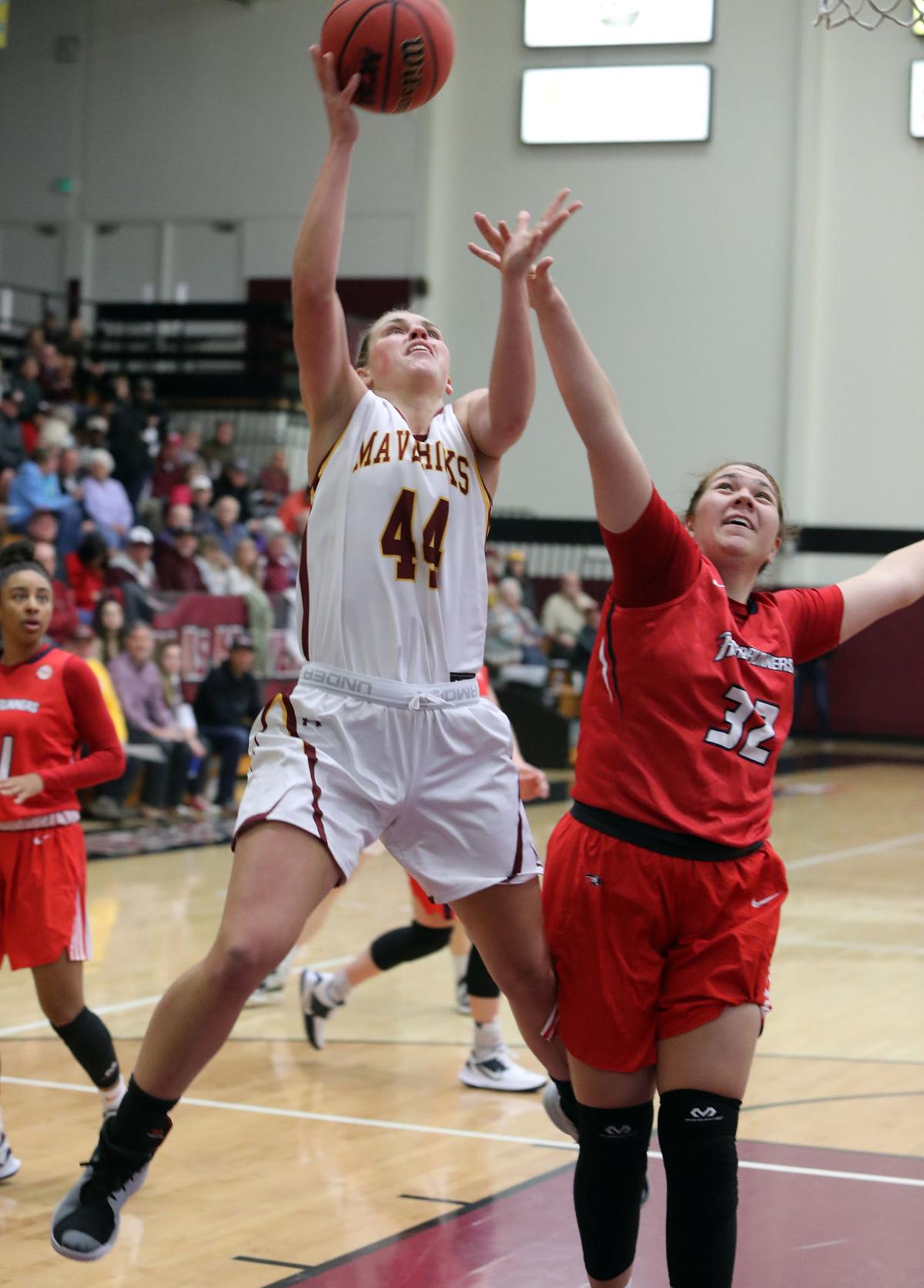 Kelsey Siemons of CMU, 44, puts up a shot Friday night against Leya Harvey, 32, of Metro State.

Sydni Brandon, 15, hits a driving layup Friday night as she draws contact against Jaela Richardson, 12, of Metro State. Brandon scored nine points and had eight assists in the Mavericks’ 70-61 victory at Brownson Arena.

Kelsey Siemons of CMU, 44, puts up a shot Friday night against Leya Harvey, 32, of Metro State.

With CMU scoring 22 of the first 24 points in the game, the Mavericks led 28-7 after the first quarter, with Sierra McNicol, Sydni Brandon and Danielle Turner each scoring a half-dozen points.

The Roadrunners, whose three-game winning streak ended, shot themselves back into the game, making three 3-pointers in the second quarter and four in the third, cutting the deficit to 53-41.

The Mavs responded behind Turner, who eclipsed 20 points for the third straight game.

She drove for a layup and hit a 3 to push the lead to 15 in the first minute and a half of the fourth quarter, and Kylyn Rigsby and Turner hit back-to-back 3s with just more than six minutes to play for a 64-45 lead.

Turner finished with 23 points, McNicol and Rigsby 12 each and Brandon had nine points, eight rebounds, eight assists and two steals.

The way the Mavericks shared the basketball was something. They made 26 field goals and had 20 assists, and as a result got easy shots and shot nearly 45% for the game.

Defensively, after allowing the Roadrunners to shoot only 15.4% in the first quarter, the Mavericks held Metro to 36.7% from the field.

They also dominated a bigger Metro State team on the glass, snagging 45 rebounds to Metro’s 29.

McNicol and Kelsey Siemons led the way with nine rebounds each.

The way Mesa built the lead was a product of the defense feeding the offense. Sophie Anderson drew a charge in the first 30 seconds of the game and CMU was off and running.

Brandon drove for a layup, Anderson hit a 3-pointer and Brandon hit another layup on a pass from Rigsby.

McNicol stole the ball with 6:05 on the clock, with Siemons finishing in the paint on the other end, and it was 11-2 and Metro called time.

Anderson stole the ball coming out of the timeout and hit a short jumper and McNicol followed with another layup on a cut to the basket.

Rigsby has struggled off and on with her perimeter shooting this season, but hit four 3-pointers for one of her best offensive nights of the season.