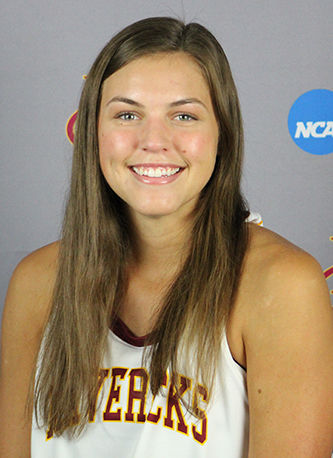 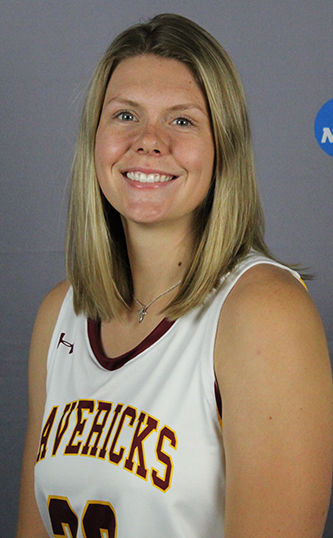 In pickup games, Kelsey Siemons and Tori Catlett are quick to call dibs.

Last weekend, they didn't have to call dibs — CMU women's basketball coach Taylor Wagner did it for them. He put both post players in the starting lineup against St. Martin's, an outstanding offensive rebounding team. Catlett, a 6-foot senior, started at the post and Siemons, a 6-1 junior, slid to forward.

"Offensively it was fine, I had to learn a few of the plays at the other position, but most of them we have to know both ways anyway, so it just made sense," Siemons said. "Defensively I had to go back and play perimeter D instead of post D, but I don't know, I liked it. It was a new challenge, a different challenge."

Having Siemons on the floor with her didn't clog up the lane for Catlett — just the opposite. She finished with her first double-double, career highs in both points (12) and rebounds (13).

"There's quite a few plays that they were worried about Kelsey on the outside, so that left me open on the inside," Catlett said. "I feel like we were able to get more rebounds, and that's been an issue for our team this far, is rebounding. I think that night we won the rebounding battle by 14, which we haven't done."

Wagner decided midweek he was going to the double-post lineup, something he hasn't done for several years. At times, he had Kelsey Sigl and Hanna Bowden on the floor together, but Bowden usually subbed in for Sigl, and Hannah Pollart and Aubry Boehme were a good 4-5 combination of bigs.

"There's a few adjustments Kelsey (Siemons) will have to make with that, but we felt it was the time to do that," Wagner said. "The next game we played that a little bit but we needed another ballhandler on the floor because of the press, so we didn't play them as much together. It's something we'll use throughout the year; it might come down to matchups and what we need out there."

Siemons said defensively she still needs to work on moving her feet and not committing silly fouls if a forward tries to drive.

"I think a lot of the times the 4 on the opposing team is one of the more athletic players so I have to get used to guarding that," she said. "I liked it a lot."

As soon as Wagner told them last week they'd be in the lineup together, they started plotting.

"Immediately Kelsey and I, out of the film room, started talking about it," Catlett said. "We came in the next day with Coach P (Pollart) to go over plays and we couldn't stop talking about game-planning.

"Friday night we had a play coming out in the second half where I'd have a layup moving in at the post or Kelsey would have a 3; they'd have to pick (which to defend)."

Wagner could stick with both posts this weekend, or go back to having four guards on the floor, depending on the opponent in the Holiday Inn-Airport Thanksgiving Classic. CMU (2-2) plays the University of the Southwest (New Mexico) on Friday and defending NAIA national champion Montana Western on Saturday, both at 5 p.m.

The lineup will continue to depend on matchups and effort on both the offensive and defensive ends.

"We're looking for consistency and that lineup can change," Wagner said. "If there's not the effort and the energy, then maybe we need to look at something different. That goes for every position, not just (the posts).

"I definitely would love to have that first group with the chemistry and they know what to do, but it hasn't been consistent. We'll play with it until we find that right group that's going to go out and fight every play for us."

There's one other big key for Siemons if she and Catlett are on the floor together.

"Remembering to take the ball out of bounds," she said. "I told Syd (point guard Sydni Brandon), 'Just yell at me, because I know I'm going to forget.' "