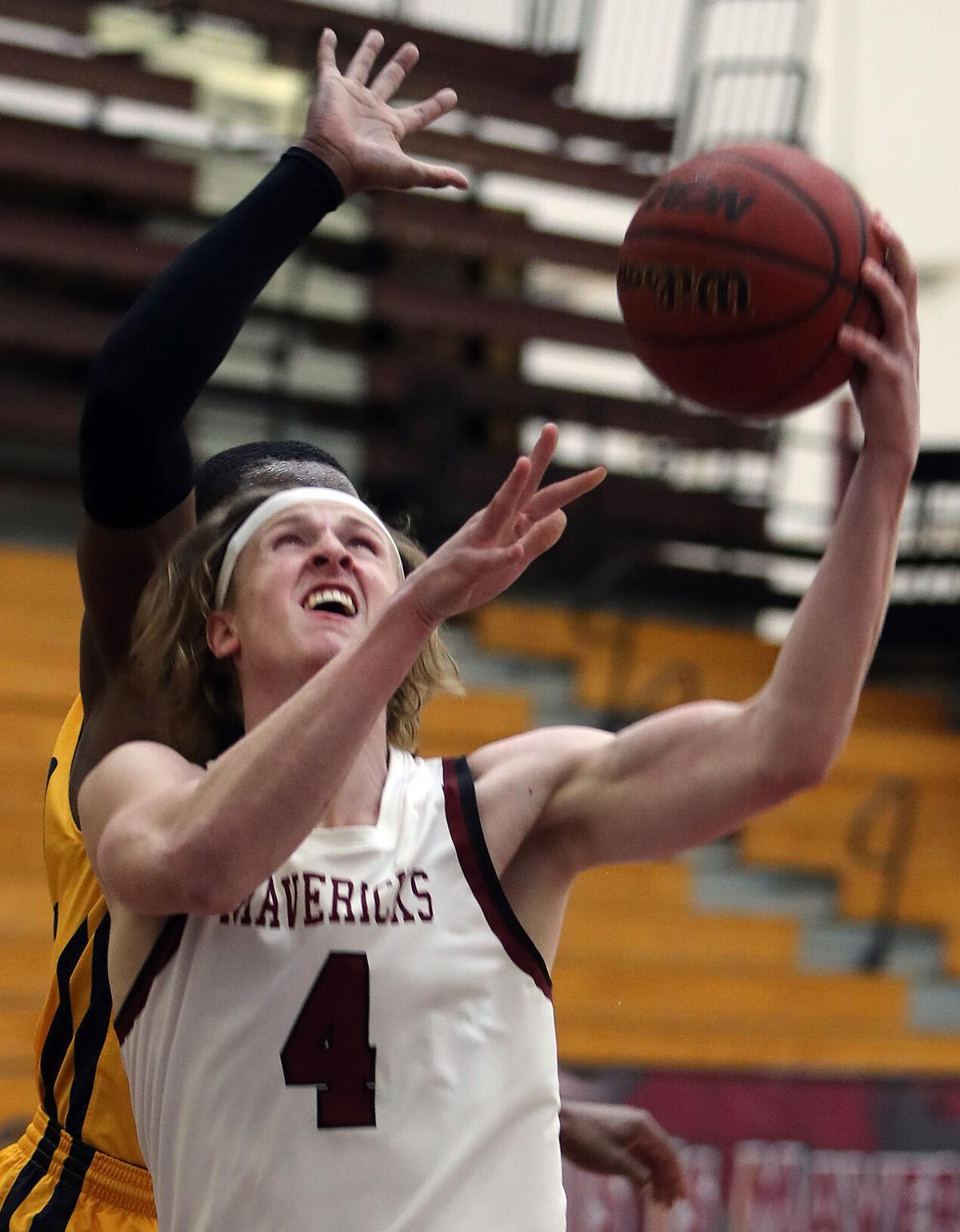 Mac Riniker is a guard for Colorado Mesa's men's basketball team, but his quickness and strength allow him to battle inside when necessary. 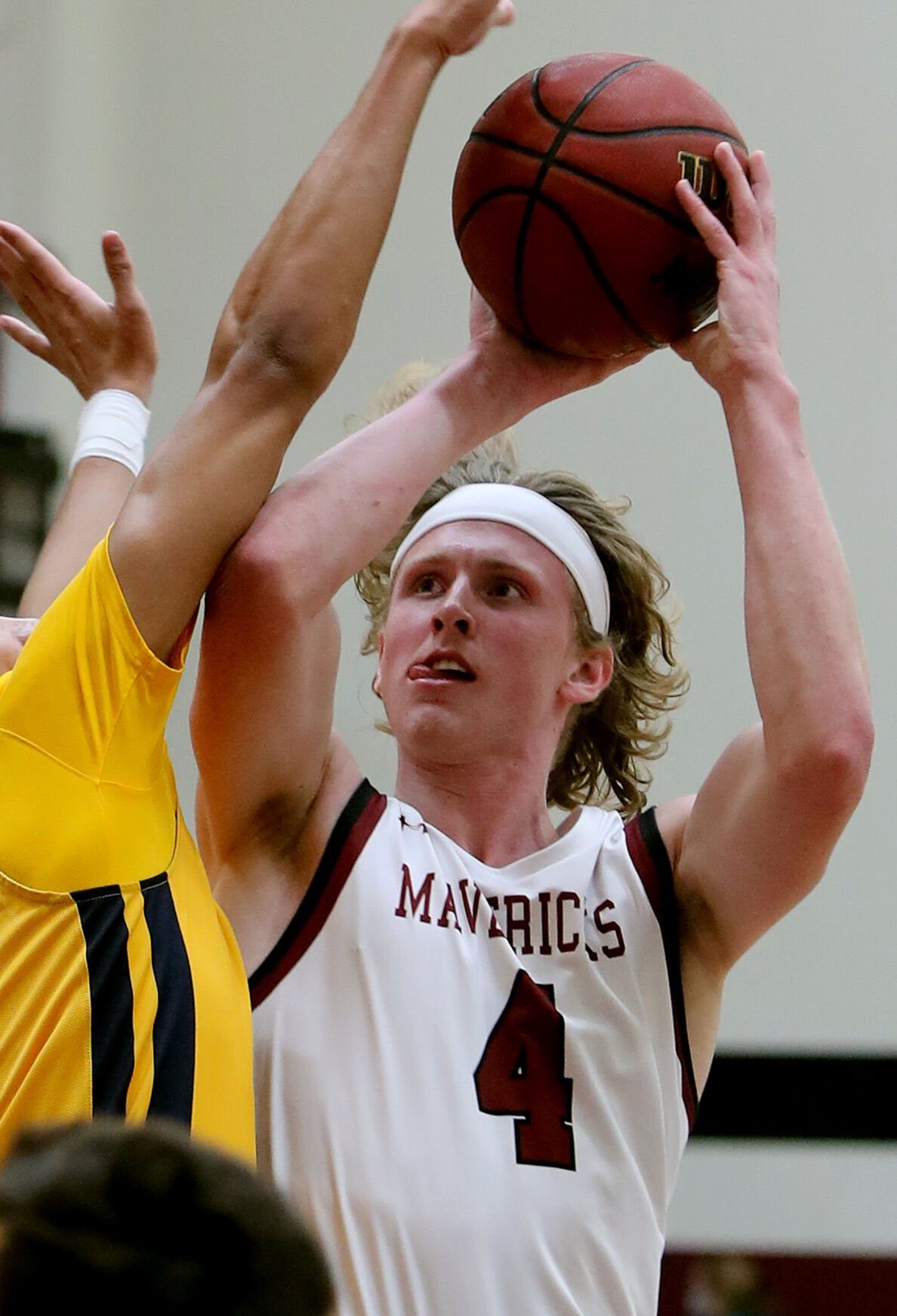 Mac Riniker shoots over an opponent earlier this season. 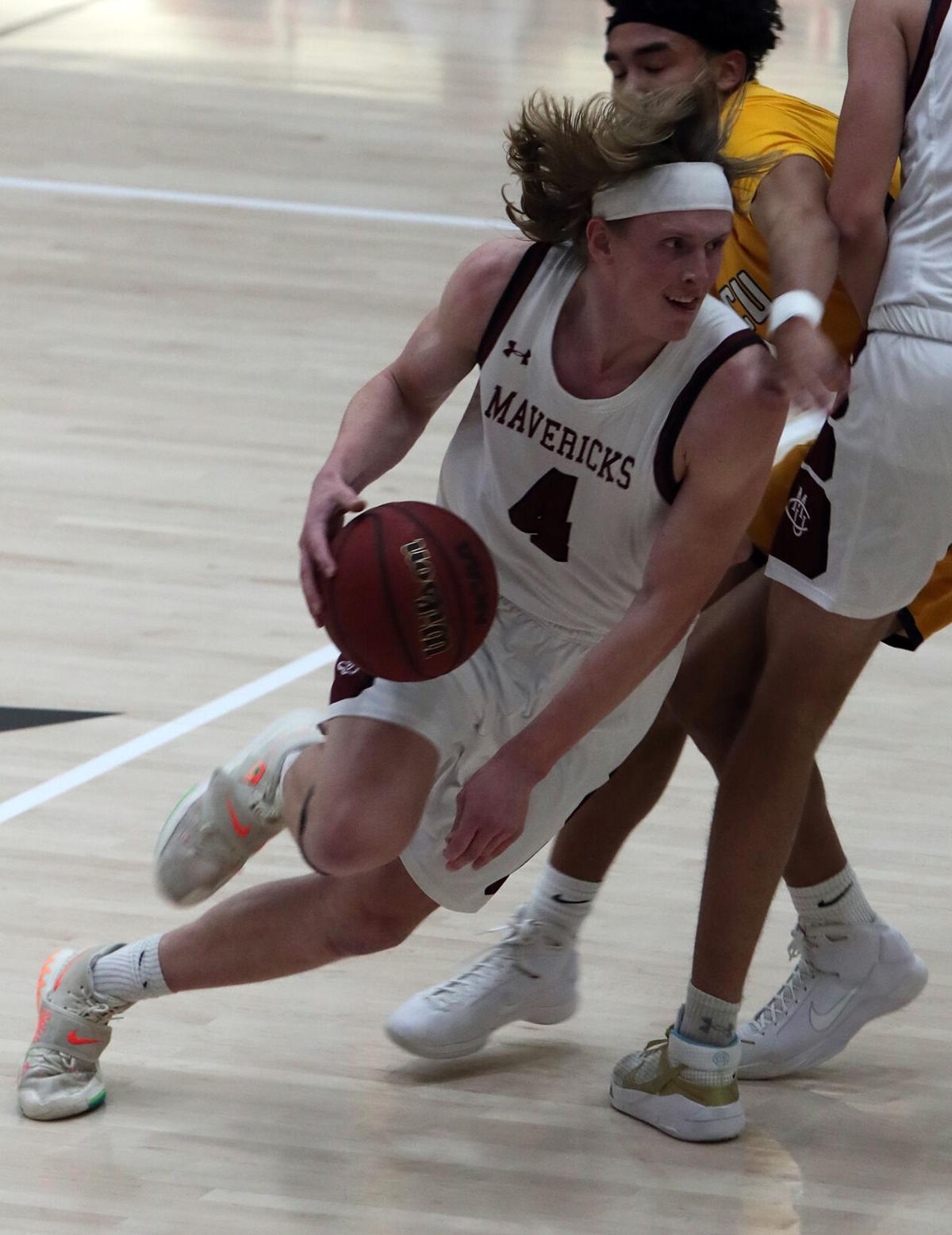 Mac Riniker is one of several versatile players for the No. 10 Colorado Mesa men’s basketball team. The redshirt freshman from Steamboat Springs can handle the ball, shoot from the perimeter and battle inside for the Mavs, and is also solid on the defensive end of the floor.

Mac Riniker is a guard for Colorado Mesa's men's basketball team, but his quickness and strength allow him to battle inside when necessary.

Mac Riniker shoots over an opponent earlier this season.

Mac Riniker is one of several versatile players for the No. 10 Colorado Mesa men’s basketball team. The redshirt freshman from Steamboat Springs can handle the ball, shoot from the perimeter and battle inside for the Mavs, and is also solid on the defensive end of the floor.

The 6-foot-5, 200-pound redshirt freshman guard is quick and savvy enough to guard the opposing team’s point guard, yet strong and physical enough to bang around inside against post players.

“Mac gives us so much,” CMU coach Mike DeGeorge said after Riniker pulled down a career-high 14 rebounds against CSU-Pueblo in the Mavericks’ final game before the holiday break. “He’s so versatile. Oh, the guard’s hurt? OK, you go guard their point guard. Oh, Ethan’s (Menzies) in foul trouble? He can go guard their 5, and offensively he’s a really tough matchup. Nobody can guard him off the dribble.

“He’s just so physical and powerful in the post, he can score in there. Everything he brings is positive. He’s a huge asset to the team.”

Riniker uses an explosive first step to attack the basket off the dribble, and can maneuver through traffic to get to the rim, using his strength to protect the ball against shot blockers.

A three-time all-Western Slope League player and the WSL player of the year in 2019 at Steamboat Springs, Riniker redshirted last season, adjusting to college basketball and soaking up everything he could learn from the older players.

Through his first six college games, Riniker is averaging 11.3 points a game, including a season-high 16 against Chadron State, but is really making his mark on defense.

“I never really focused on my offense. I was always told growing up by my coaches that if you can play defense, there’s always a spot for you on the team,” Riniker said. “So I always tried to focus on defense. My offense, it kind of comes with it.”

Against CSU-Pueblo, with Menzies in foul trouble, Riniker grabbed a season-high 14 rebounds in a 76-67 victory.

One thing that never changes is how hard Riniker plays. His wavy hair, kept out of his face by a headband, flying, he hits the floor for loose balls and jumps into passing lanes to deflect passes, then sprints to the other end of the floor.

“In high school, our coach (Michael Vandahl) and Coach DeGeorge here always says be the first one to the floor,” Riniker said. “I always try to get down first and try to be more aggressive than the other team, basically put your body on the line and try to get to the ball first.”

He’s one of five first-year players to get significant playing time this season. Because the NCAA has granted all athletes another year of eligibility because of the COVID-19 pandemic’s effect on schedules, he’ll still have four years to play after this.

“There’s a lot of us who are super-young, so it’s really nice that we’re getting an extra year to build it,” Riniker said. “These next couple of years we’ll have that much more under our belt, for future experience.”

The No. 10 Mavericks (6-0, 6-0 RMAC) face CU-Colorado Springs on Saturday night at Brownson Arena, which had been scheduled for Monday, but was postponed because of COVID-19 protocols. Thursday, the Mavericks were notified that Black Hills State needed to postpone Saturday’s game.

Senior forward Jared Small, who missed the first month of the season with a knee injury, should return this weekend. Blaise Threatt, who injured a shoulder the day before the season opener, is practicing again and should provide some backcourt depth with fellow freshman point guard Christopher Speller, who’s logging 37 minutes a game.

With every game in jeopardy until players pass their weekly COVID-19 tests, teams are putting the coaching cliché of “taking it one game at a time” into practice. With that in mind, the young Mavericks don’t get caught up in the fast start as they climb the national rankings.

“Since the beginning of the year Coach has just been saying we’re gonna approach each game one game at a time just because we don’t know,” Riniker said. “We still need to get tested and everything, so he always has been saying that just make every rep count. We don’t know who’s gonna be playing or what’s gonna be happening, so we’re approaching the season one game at a time.”