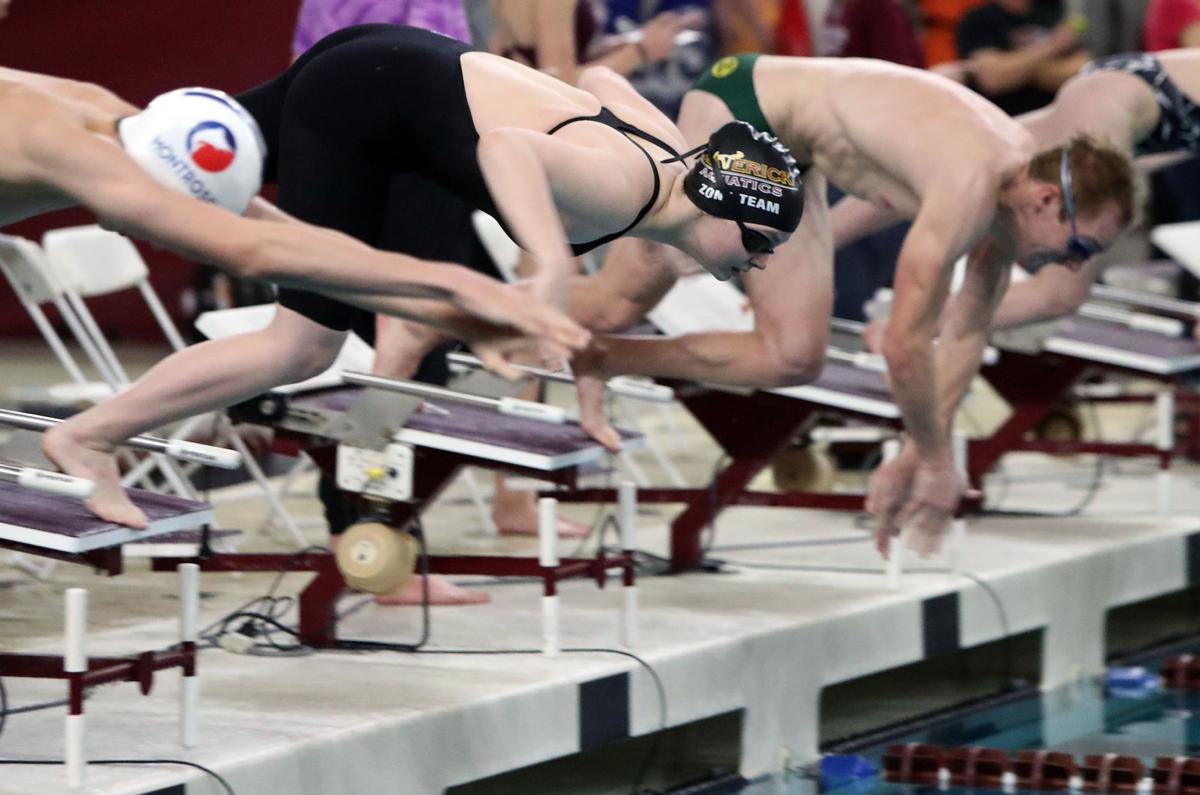 There’s a lot going on in Delaney Kidd’s world when it comes to swimming.

Kidd has been one of Grand Junction High School’s best swimmers during her four years. In early December, she qualified for the Class 4A state meet in the 200-yard individual medley and 100 backstroke, meaning she has qualified for state in each season.

She is committed to continue swimming at Colorado Mesa University, so she has another four years of aquatics ahead.

On top of the Tigers’ current season and her future as a Maverick, however, the senior is getting in some club experience while she still can.

Kidd swims for Maverick Aquatics along with some of her Tiger teammates, including Riley Pope, Nina English and Sarah Cook.

“Last year, most of them were freshmen,” Kidd said. “That was the first time we had this many club swimmers also competing with high school, so that was pretty cool. We probably have about seven high school swimmers who are also club swimmers, so that’s really nice to combine the two.”

“It’s hard to put into hours because you’re doing both at the same time and it’s hard to balance the two,” Kidd said. “I feel like it’s pretty evenly split between the two.”

Kidd is one of the senior leaders of a Grand Junction team largely fueled by youth. By swimming with some of those younger athletes in a club setting outside of high school, she hopes she’s setting a standard for the future of Tiger swimmers’ dedication.

“I feel like we’re not that far apart, three years or so, but it’s really cool to watch them get faster over time,” Kidd said. “We’re competing against each other here when we weren’t in the same age group a year ago... The work ethic that we all put into it, I think it all shines together.”

Pope, English, Cook and Kidd each participated in the 500-yard freestyle during the opening night of this weekend’s MAValanche Invitational at El Pomar Natatorium, a building Kidd will become even more used to in the coming years.

Club and prep swimming each bring their own advantages to the table for Kidd. In the prep realm, she’s part of a greater project, a key cog in a group with state title ambitions.

In the world of club swimming, she gets the opportunity to work on her events against unfamiliar competition.

“I think of high school as fun,” Kidd said. “The club is based more on how you do individually than the team, although the team aspect is still there. High school is mostly about the team, how well you can do for the team and not for yourself.”

It’s no surprise the current Maverick Aquatics member will join the collegiate Mavericks later this year. She has history with assistant coach Justin Hastings and club swimming coach Ed Stehlin.

When CMU hired Mickey Wender as its swimming and triathlon coach in July, the two broke the news to Kidd themselves, offering a ringing endorsement of the hire.

“I would say if me swimming with Mav Aquatics had a role in going to Colorado Mesa, the assistant coach, Justin, was helping out our head coach for Maverick Aquatics before he was hired for assistant coaching,” Kidd said. “That was probably the best season I’ve ever had, when I was swimming with both Ed and Justin. I definitely look up to Justin.”

2020 Bears vision: RB corps could be in fine shape — if they get needed scheme, blocking help

What does Arizona have? What do the Wildcats need? A look at the UA football roster