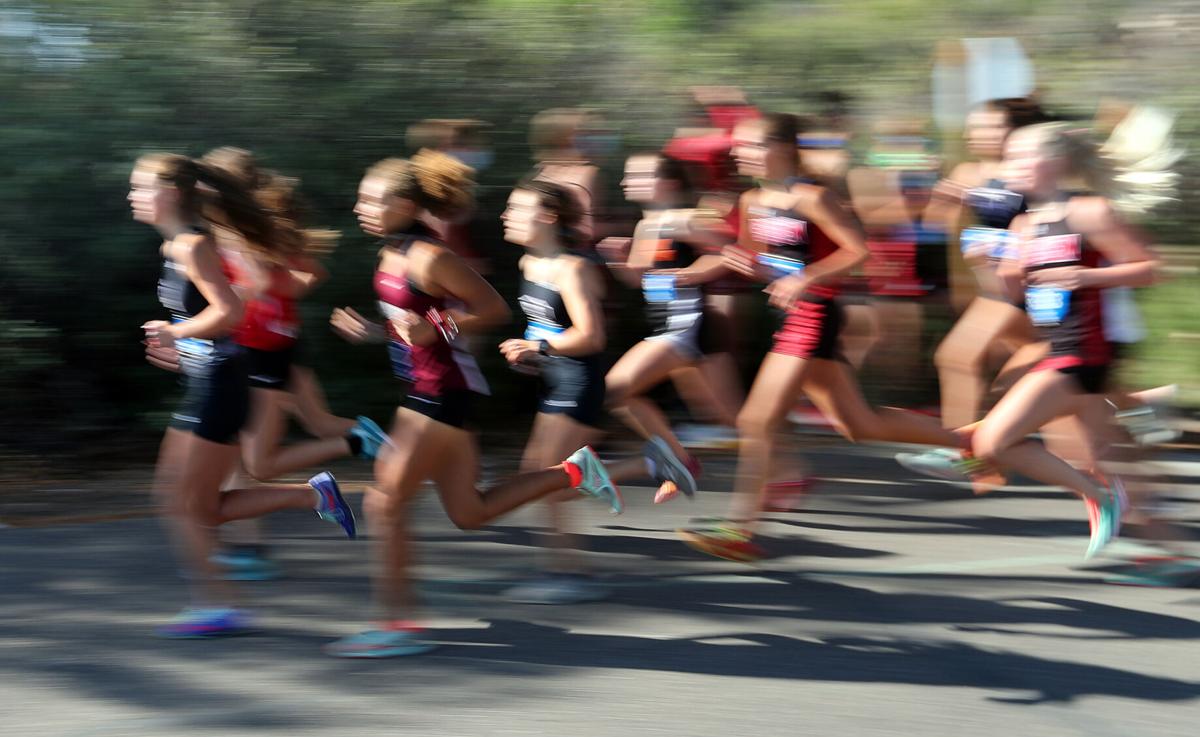 Runners in the girls race start out Saturday morning at Connected Lakes State Park in the Grand Junction Invitational. 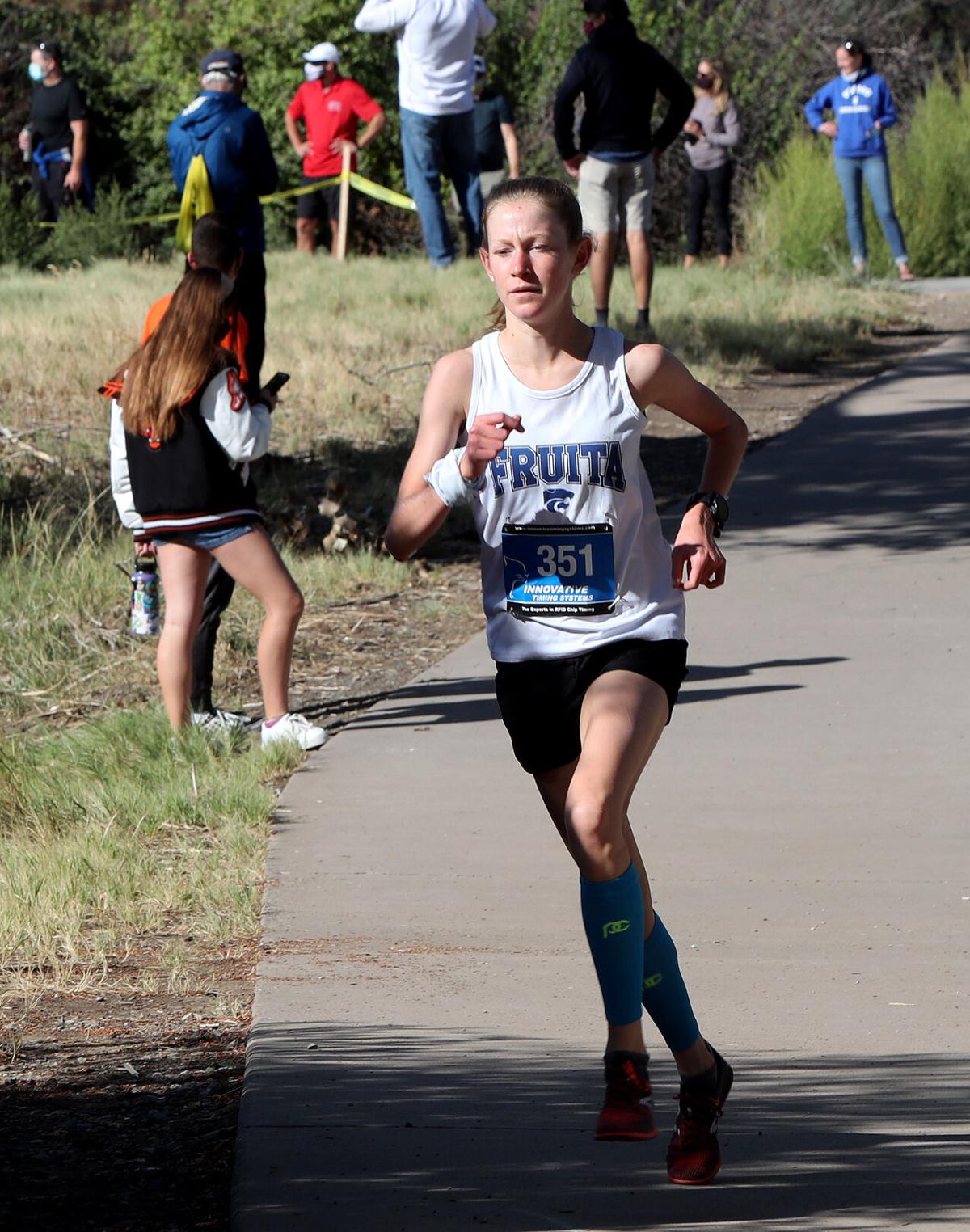 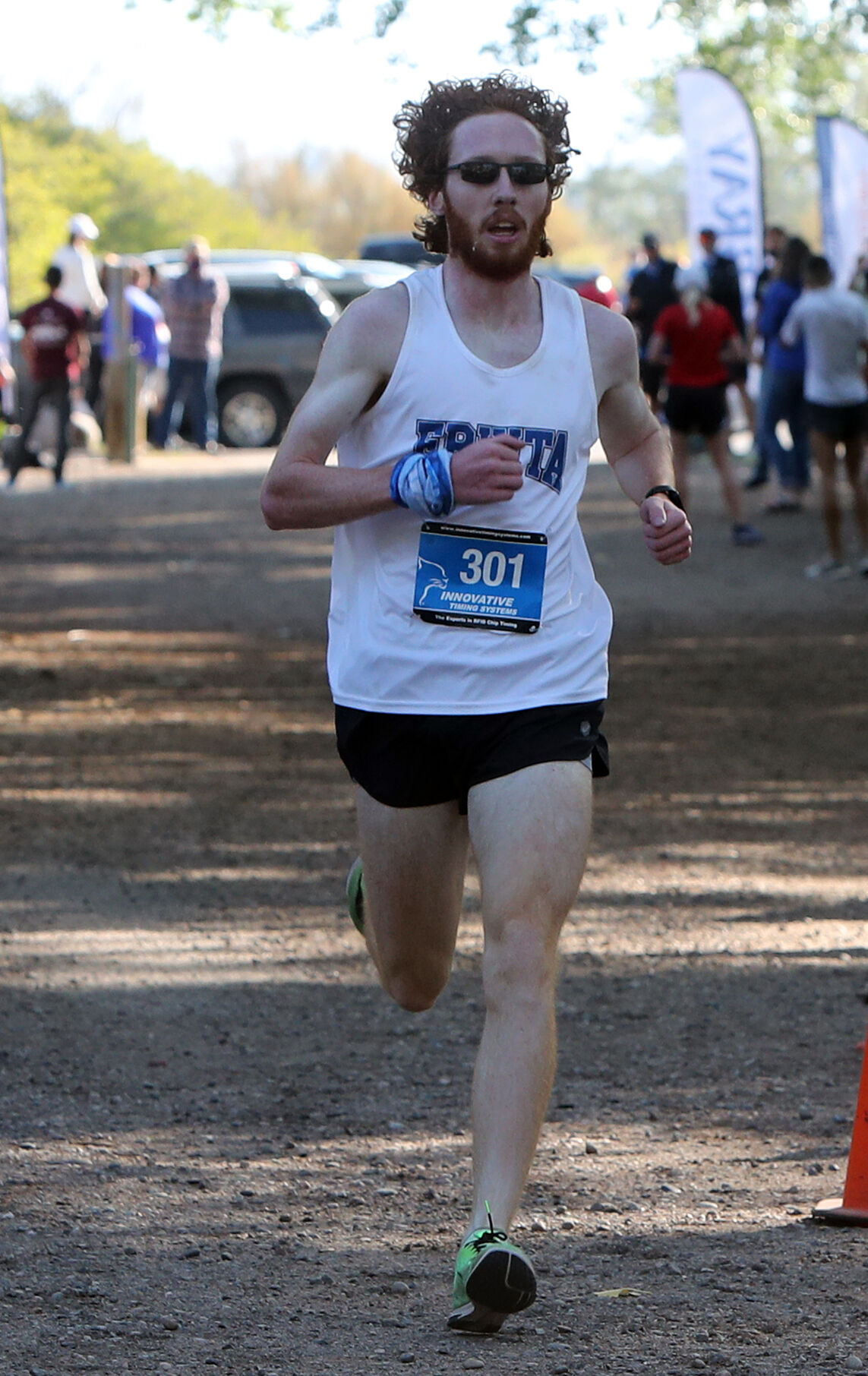 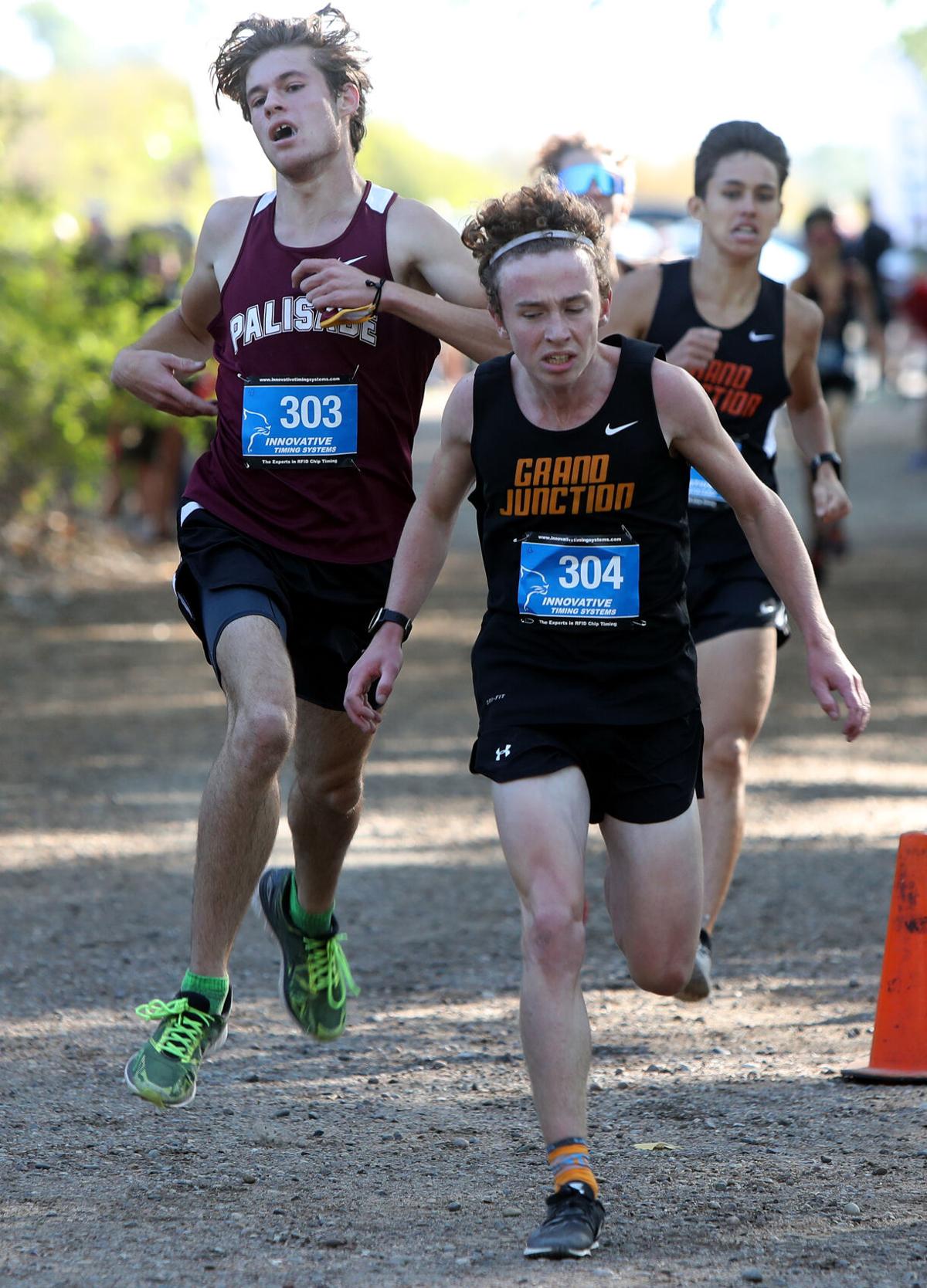 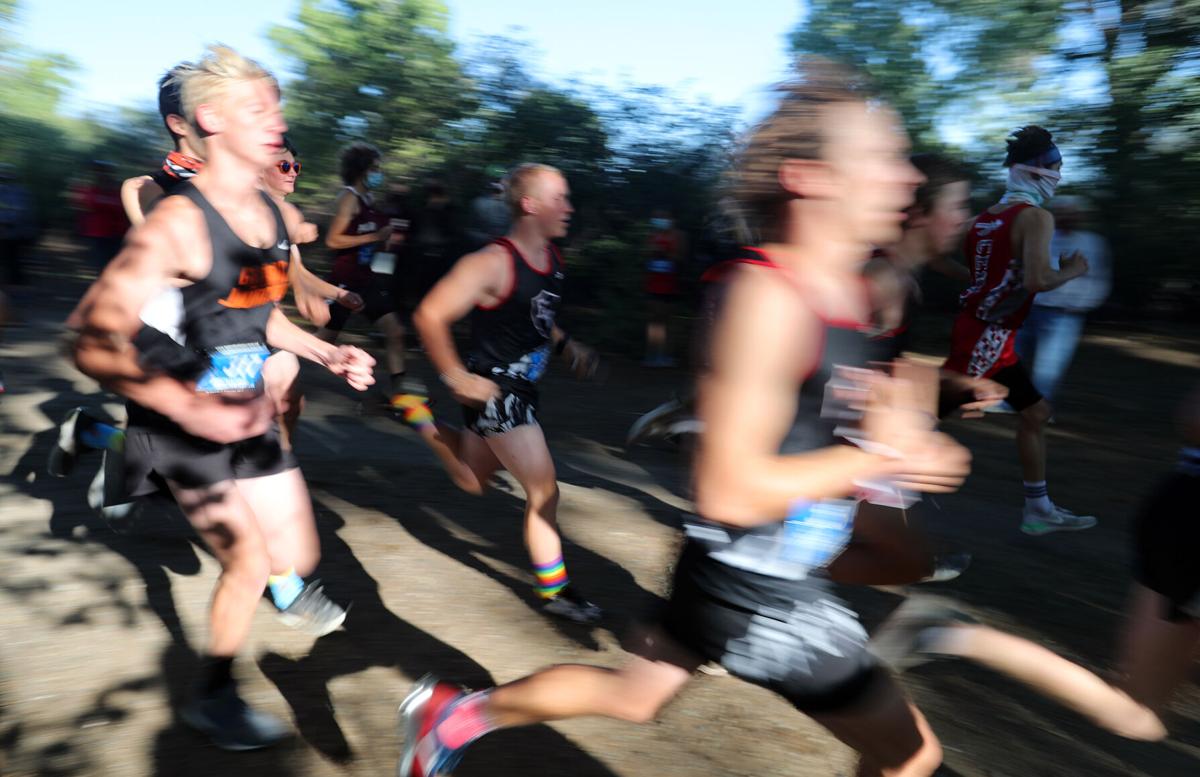 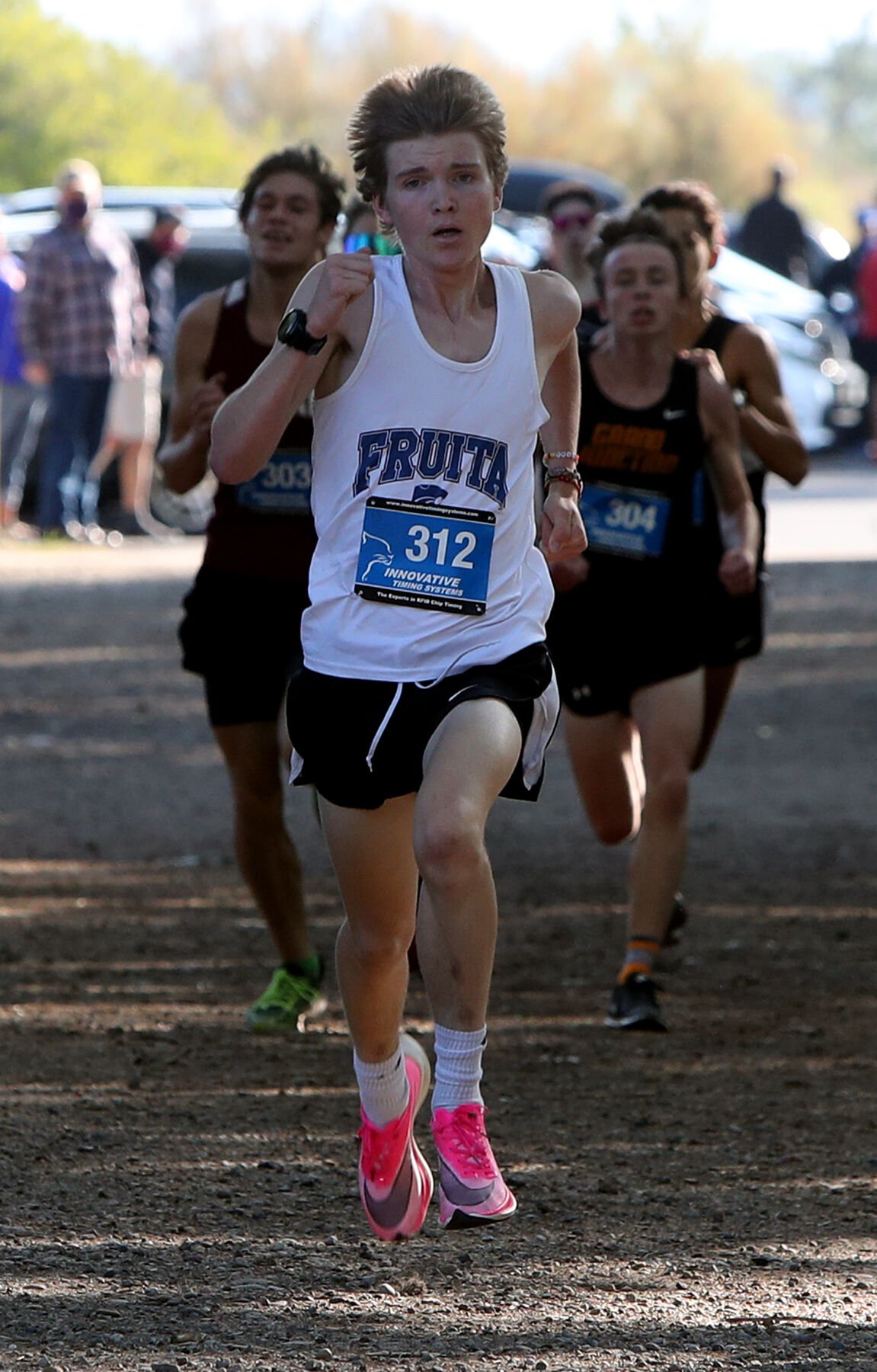 Fruita’s Oliver Balestriri heads to the finish line with a top-10 finish for the Wildcats Saturday morning at Connected Lakes State Park.

Runners in the girls race start out Saturday morning at Connected Lakes State Park in the Grand Junction Invitational.

Fruita’s Oliver Balestriri heads to the finish line with a top-10 finish for the Wildcats Saturday morning at Connected Lakes State Park.

Continuing her quest to rebound from a vanquished track season last spring, Heil led from the starting gun and extended her advantage over each of the 3 miles on the double-loop course along the roads, paths and trails of Connected Lakes.

She won in 17 minutes, 54.7 seconds in front of a modest crowd of mask-wearing parents and friends.

“I was looking to break 18 minutes and I did that,” Heil said after Saturday’s win. “I wasn’t going quite as fast in the second mile. That’s what I’ve been trying to work on … being consistent throughout the whole race.”

A fast finishing mile enabled Heil to run 24 seconds faster than her winning time on the same course two weeks ago.

“It was hard, but I definitely felt good,” she said. “Our training has really been paying off.”

Heil said she was especially proud of her youthful Fruita Monument teammates.

“We have five freshmen girls on the varsity team,” Heil said. “They’re all running super-good. They’re all improving rapidly. I’m definitely hopeful for where our team is going to go this year.”

Ella Unrein, one of the Wildcats’ freshmen, finished fifth Saturday in 19:17.3.

Glenwood Springs and Central also competed but did not field enough finishers for a girls team score.

The Wildcats finished second in boys team standings with 54 points.

Aspen was fifth and Ignacio sixth in the meet limited in size by CHSAA and state health regulations.

“I was going for sub-16,” Zastrow said from behind his mask. “But my second mile …kind of slowed me for the rest of the race.”

Zastrow ran out front solo for the entire race.

But on the long backstretch, he said he thought he heard someone running right behind him. He elevated his pace.

‘“But running scared is never a good thing,” he said with a self-deprecating chuckle. He regained his race rhythm and finished with another victory.

“I know he was hoping to go under 16 (minutes),” Fruita Monument coach Jay Valentine said. “But he’s right there. He knows he’s going to do it; it’s just a matter of time.”

Valentine said Zastrow has had to run out front by himself all season.

“He’s had no competition all year,” Valentine said, paying tribute to Zastrow’s dedication and attention to detail.

Similarly, he said, Heil is very focused when she races.

“Jadyn so sticks to the race plan. She is just so aware of where she is,” the Fruita Monument coach said, adding praise for the freshman runners.

“Ella … ran such a smart race. And for a freshman, it shows you her kind of talent,” he said.

Valentine and the Fruita Monument cross country program will host the annual Anna Banana Invitational next Saturday at Snooks Bottom.

Knox excelling after a role change in Missouri’s new offense