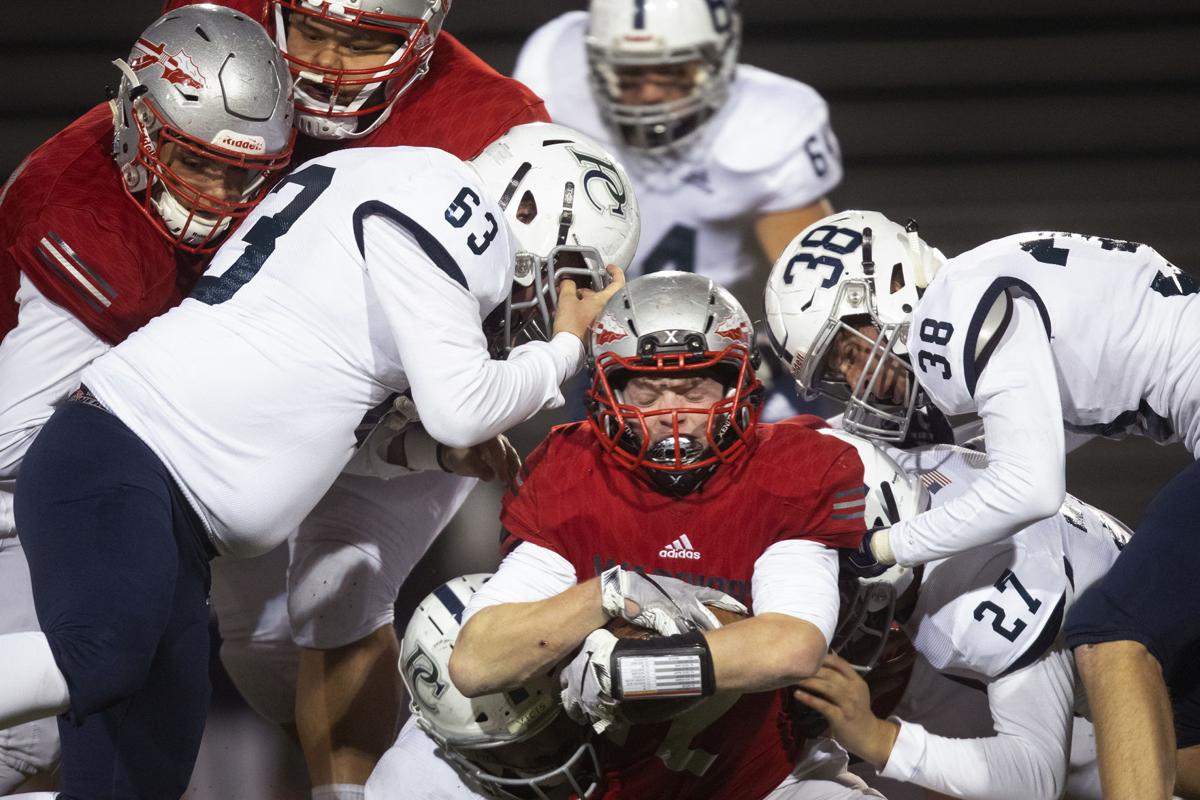 Central quarterback Michael Gohn top, is swarmed under by Pine Creek's defense on Friday night in the Warriors' 49-0 loss at Stocker Stadium. Central's offense only had four first downs and gained just 35 yards in the loss. Below, the Warriors' defense tries to tackle the Eagles' Spencer Peterson. 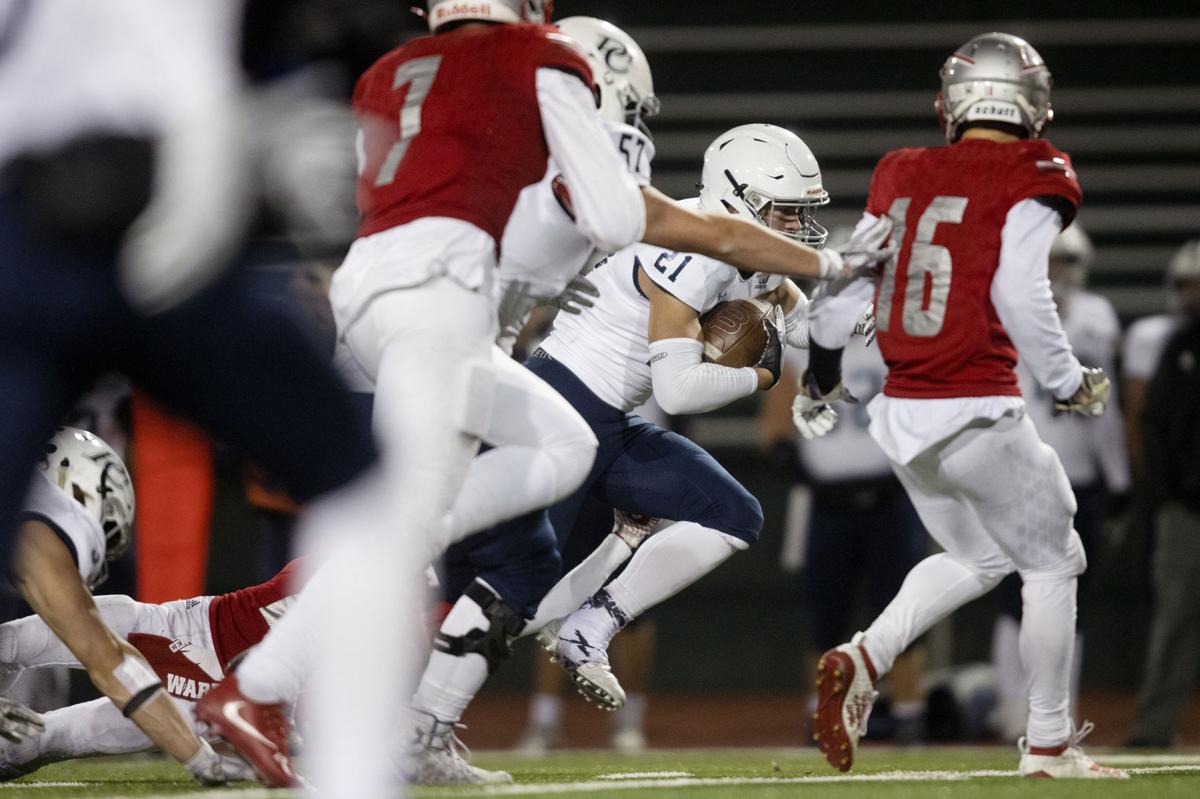 Central High School’s defense attempts to catch Pine Creek’s Spencer Peterson in a game that resulted in a 0-49 score loss for Central.

Central quarterback Michael Gohn top, is swarmed under by Pine Creek's defense on Friday night in the Warriors' 49-0 loss at Stocker Stadium. Central's offense only had four first downs and gained just 35 yards in the loss. Below, the Warriors' defense tries to tackle the Eagles' Spencer Peterson.

Central High School’s defense attempts to catch Pine Creek’s Spencer Peterson in a game that resulted in a 0-49 score loss for Central.

The 2019 season for the Central High School football team has been a roller coaster.

The Warriors started 0-4 before a four-game winning streak gave them some hope for a Class 4A postseason berth.

A victory over the Eagles at Stocker Stadium would give the Warriors, who entered the night No. 22 in the Class 4A RPI standings, a boost in the race to grab one of the 16 postseason spots.

Pine Creek wasted no time grounding those ambitions in a 49-0 victory.

The Warriors (4-5, 3-1 Southern Conference) started well defensively, as Jagger Wade intercepted Eagles quarterback Gavin Herberg in the end zone on the opening drive. However, Central's offense could do nothing with the momentum, going three-and-out — a common theme all night.

Pine Creek (8-1, 4-0 Southern) drove down the field on its next drive right with running back David Moore III scoring from 9 yards out for a 7-0 lead 5 minutes, 22 seconds into the game.

After another three-and-out, the Warriors' defense created a spark when Kole Taylor sacked Herberg for a loss of 11. However, on the next play Herberg scrambled to the left and cut inside around the 15 for a 26-yard score and a 14-0 lead for Pine Creek.

Central's Patrick Courtney fumbled on the next series and the Eagles capitalized when Herberg hit Rece Rowan for a 20-yard touchdown. Moore III added a 17-yard touchdown before the first quarter ended to make it 28-0 Pine Creek.

In the second quarter, Moore III scored two more touchdowns, from 37 and 12 yards, respectively, to make the score 42-0 at halftime and trigger the running clock.

The Warriors' offense spun its wheels all game, finishing with only 35 yards of total offense. Three of the Central's four first downs came on penalties by Pine Creek. The lone first down that was not a result of a penalty came on a 7-yard run by Tristan Rascon in the second quarter.

The Warriors gained 24 of their yards in the first half and 11 in the second. Michael Gohn and Wade both saw time at quarterback.

Luke Pleasant had an interception in the end zone in the third quarter to give Central's fans something to cheer about, but Herberg's 19-yard touchdown run later in the quarter to conclude the scoring silenced them once more.

Palisade 42, Battle Mountain 14: Cam Tucker threw two touchdown passes and Jaden Jordan returned an interception for a touchdown as the Bulldogs (6-3, 4-0 Western Slope League) jumped to a 42-0 first-half lead, resulting in a running clock and plenty of experience for the backups.

Palisade has won its four WSL games by a combined score of 178-37.

Chatfield 24, Grand Junction 3: The Tigers (4-5, 1-3 JeffCo Conference) used a strong defensive performance to stay within striking range, but the Chargers (7-2, 3-1 JeffCo) were too dominant defensively to let Grand Junction chip away at the 14-3 halftime score.

The loss to the No. 3 team in Class 4A RPI might not affect the No. 15 Tigers too much in the rankings, which determine the 16-team playoff field, but it could still be a crucial blow.

Rifle 41, Moffat County 6: Levi Warfel ran for 78 yards and a touchdown to lead the Bears (9-0, 5-0 2A WSC) to another big win to finish a perfect regular season. Holden Stutsman threw for 56 yards and two touchdowns to Carter Pressler and added 63 yards and another score on the ground.