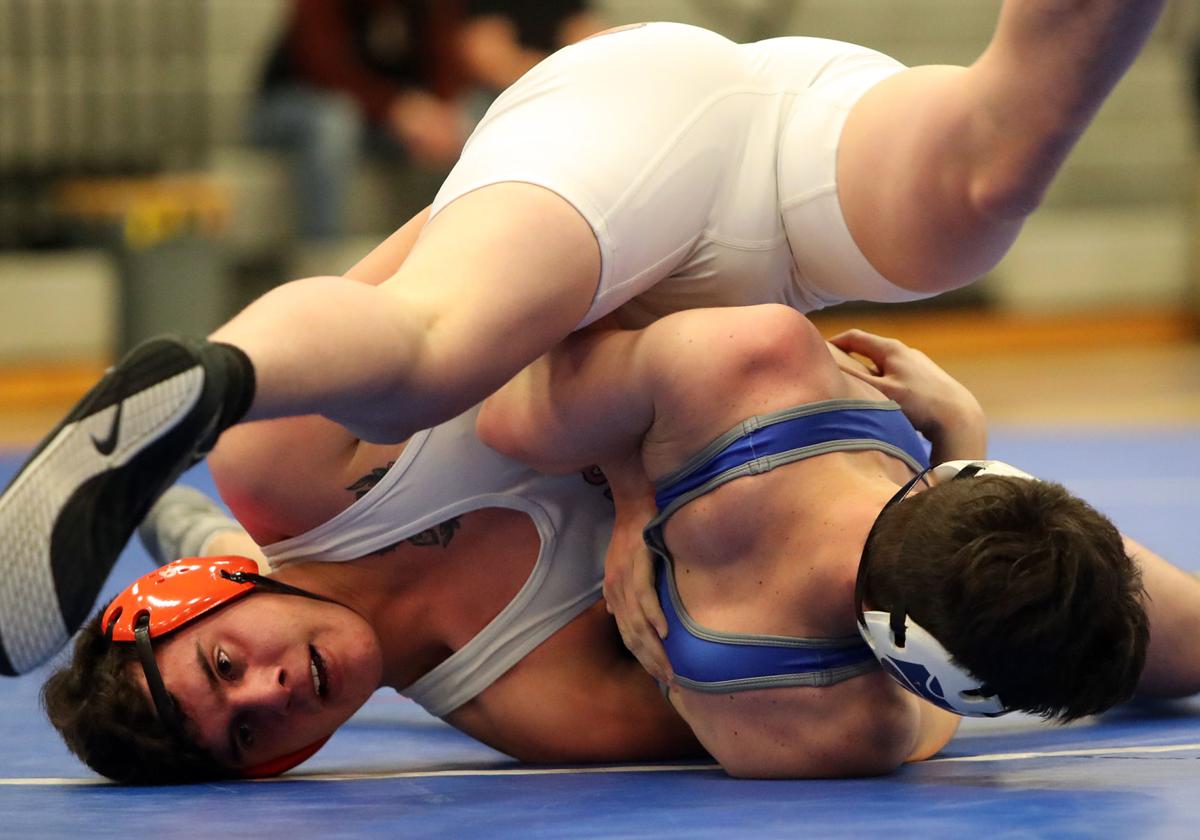 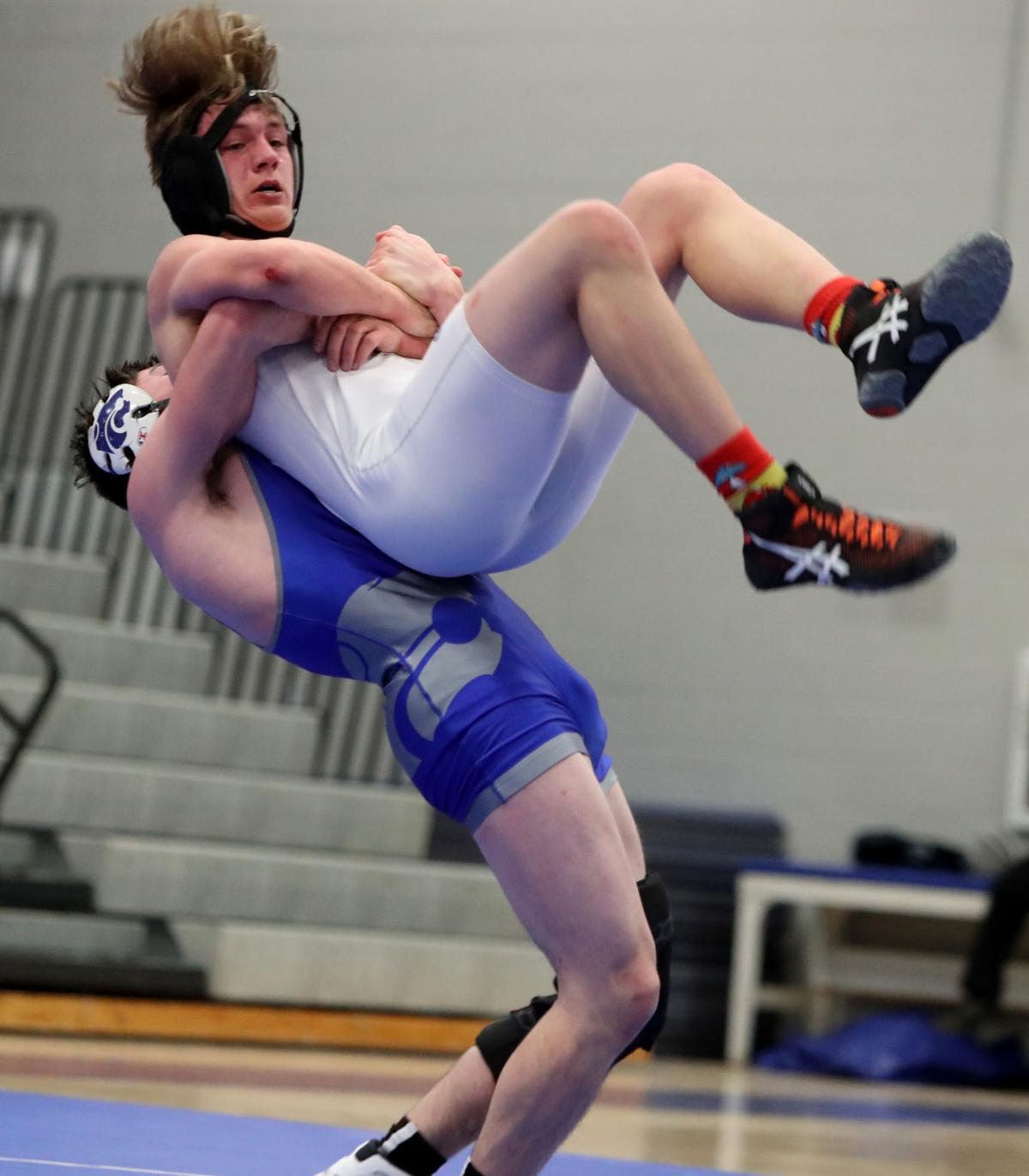 The match with the narrowest margin of victory occurred at 120 pounds. With 1:22 left in the match, Fruita Monument freshman Johnny Quintana was able to tie the score at 3-3. However, Grand Junction sophomore Micah Kenney was able to escape for a one point advantage with 35 seconds remaining.

“Once I stood up and escaped, it was a relief,” Kenney said. “I followed my coach’s (Cole Allison) advice to stay low and keep my hands down by the mat so he couldn’t get to my legs. I also had to still wrestle hard to avoid being called for stalling.”

A week earlier, Quintana had defeated Kenney 6-4 at the Jackpot Duals.

Fruita Monument 106-pound freshman Geno Gallegos has been giving up nearly 10 pounds to his opponents all season.

“Being smaller, I am always the underdog. I wrestle each match confident that my skills are better and just wrestle my match,” Gallegos said.

For the second time in seven days, he defeated Grand Junction freshman Landon Scarbrough, 6-1. Scarbrough escaped for a one point lead as the second period began. With 1:30 remaining in the third and final period, Gallegos escaped to tie the score. With 1:14 remaining, Gallegos scored a two-point takedown and, with 35 seconds left in the match, was able to turn Scarbrough on his back for three more points. A week ago at the Jackpot Duals, Gallegos was victorious 9-4.

An early look at the Huskers' upcoming recruiting weekend, which features 2020 and 2021 visitors