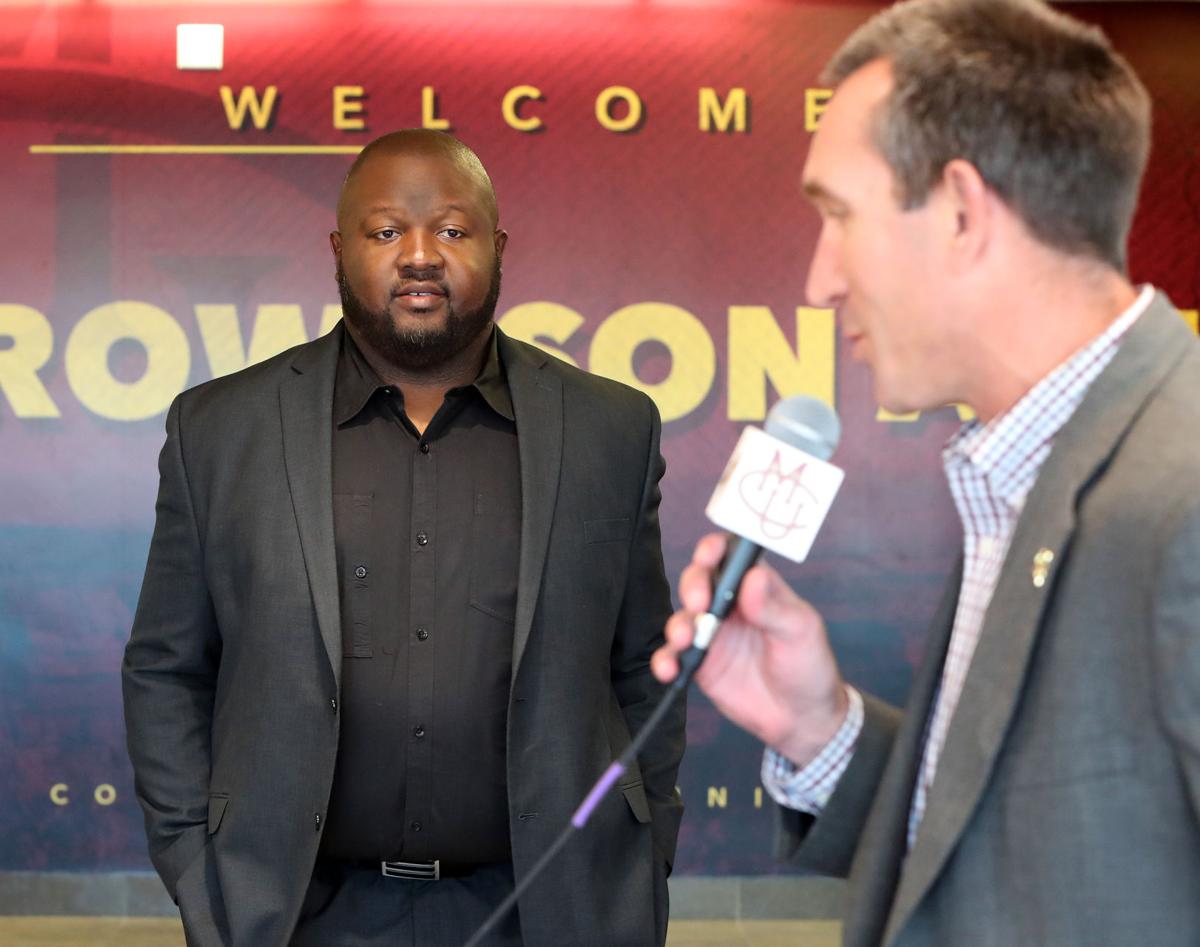 New Colorado Mesa football coach Tremaine Jackson is introduced Friday by Athletic Director Bryan Rooks before his press conference. Jackson, who was hired Dec. 23, has been out recruiting. 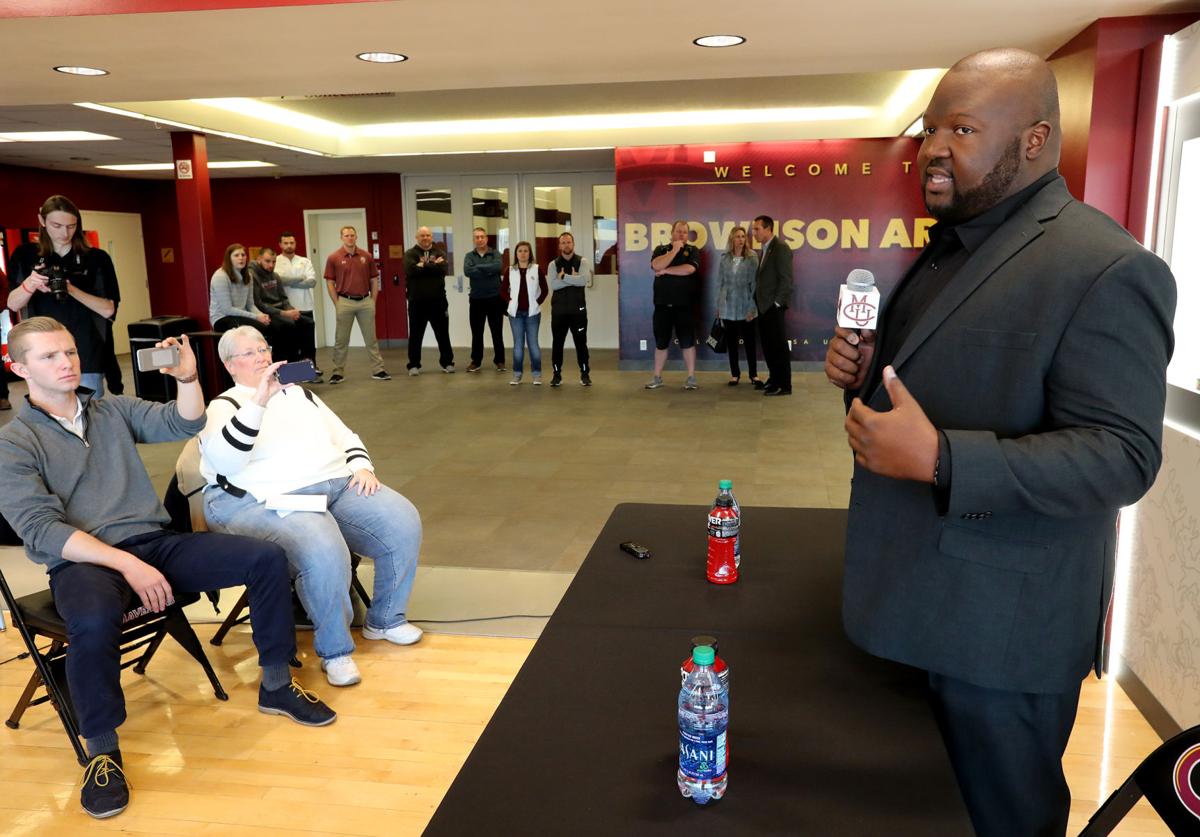 New Colorado Mesa football coach Tremaine Jackson is introduced Friday by Athletic Director Bryan Rooks before his press conference. Jackson, who was hired Dec. 23, has been out recruiting.

Tremaine Jackson is a big man with a big personality.

That was evident Friday in his first appearance in front of the media as the new football coach at Colorado Mesa.

From mentioning he’s about worn his cellphone out with all the phone calls and text messages the past two weeks to laughing about the timing of his hiring, Jackson hasn’t slowed down since his plane touched down on Jan. 2.

He spent all week recruiting on the Front Range and is headed to the American Football Coaches Association national convention this weekend. Then it’s back to finalize his coaching staff, more recruiting, on-campus visits … all before he stands in front of his team for the first time.

“People talk about recruiting, the first team I want to recruit is the one that’s here on campus,” Jackson said.

“Here’s the deal: It’s the best time of your life when you get hired to be a head football coach, especially at a place like CMU, but it’s also the worst time when you get hired two days before Christmas and the university shuts down and everybody wants to go on break,” he quipped. “I had to sit on my hands for two weeks and kind of figure a lot of things out while everybody was kicked up drinking eggnog by the fire. I was ready to get here and get the school to open so we could go.”

When the players get back, things will start to feel real.

“Coach (Russ) Martin did a good job leaving us with talent. There’s talent on this roster; it’s not empty. I went out (recruiting) with the (coaches) we retained and we were in the car for hours and we talked about the talent on the roster, we talked about the playmakers we have, the direction. We haven’t had a losing season around here in a long time. Normally when you walk into a new program, you have to tear everything down and start over from scratch. That’s not this.”

The three assistant coaches who were retained after the majority of Russ Martin’s staff was dismissed are staying on — Riley Newcomer, Mike Barela and Brian Blechen. An announcement of the rest of his staff will come in the next week or two. Jackson has found his defensive coordinator and will meet with offensive coordinator candidates at the national convention.

Whoever gets that job will be tasked with settling CMU’s rotating quarterback position.

“There’s been a lot of interest. I probably need Mr. Rooks to get me another cellphone simply because mine is on its last legs from all the texting and emails and calls we’re getting from people wanting to be here,” he said.

National signing day is Feb. 5, leaving Jackson and his staff three more weeks to recruit, with the focus on Colorado high school talent.

“Our focus is going to be finding the very best players in Colorado that fit with Colorado Mesa first. We’ll recruit the state inside-out and then we’ll go find other players from other areas to help us as well,” Jackson said.

“I”m going to go out on a limb and say this, we’re here to win a national championship. We’re not here to win the RMAC and be happy at the end of the season, we’re here to be the very best we can be and there’s only one very best team at the end of the season. … We’re here at a place where we really feel we can be competitive nationally, so we have to find the players, starting within our state, to go do that and be playing in December.”