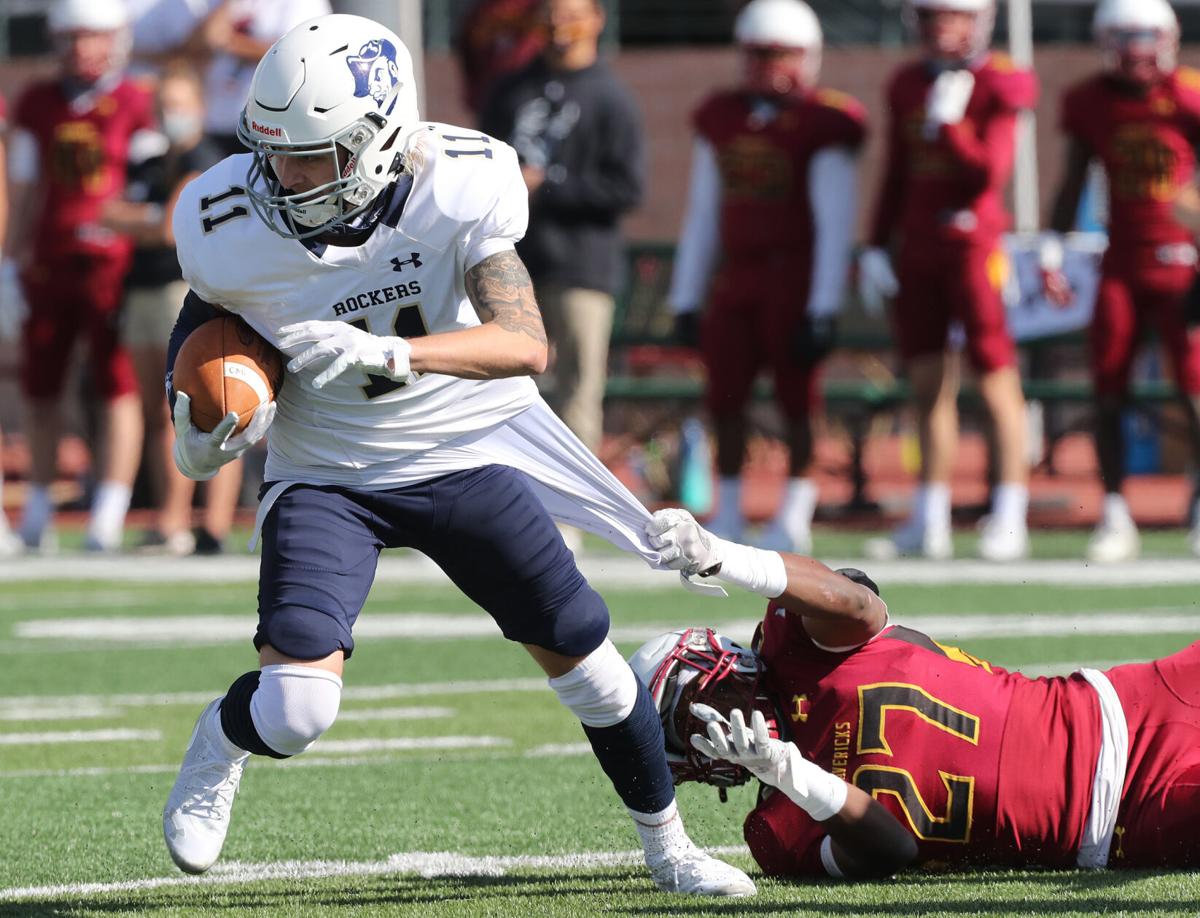 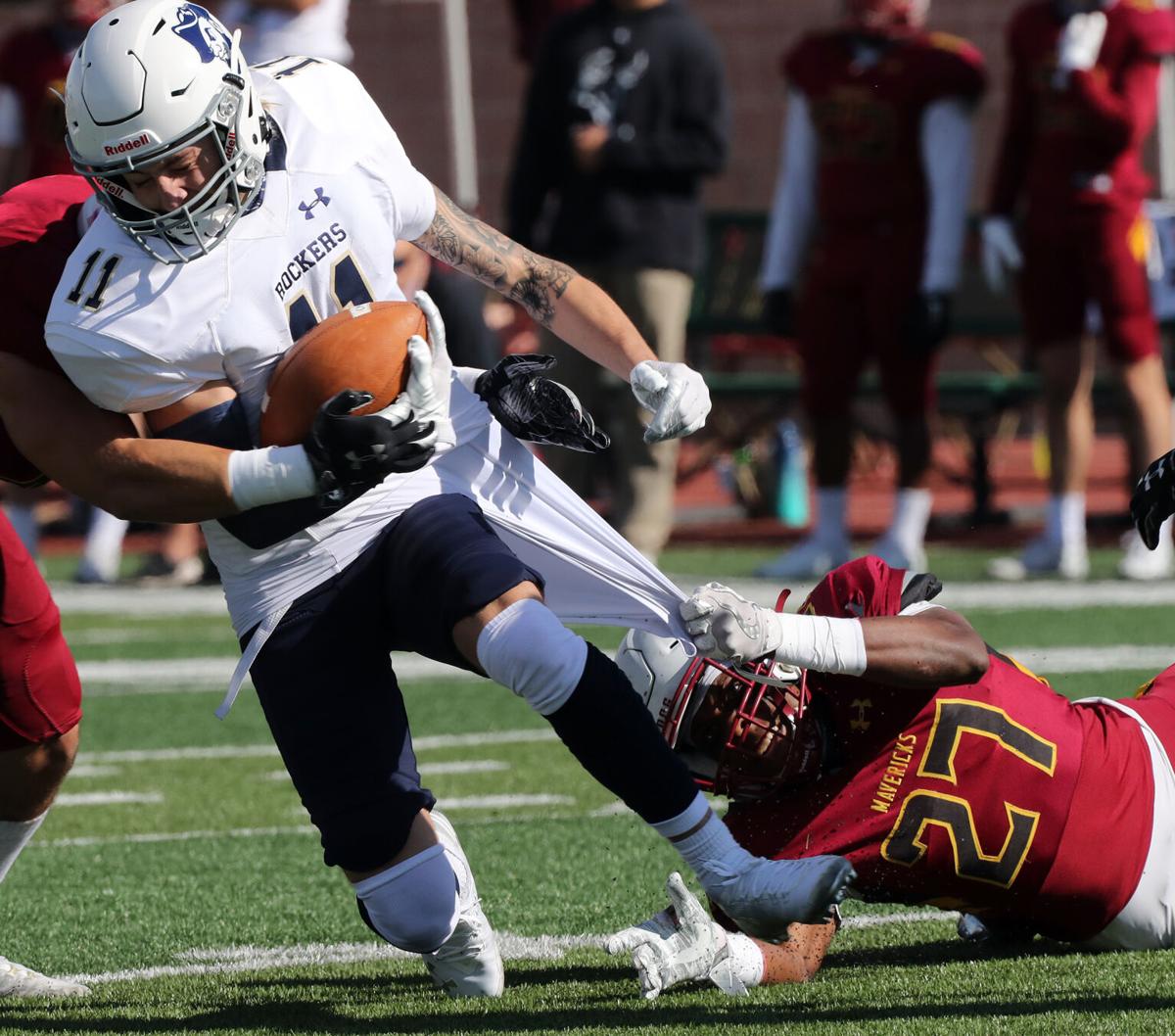 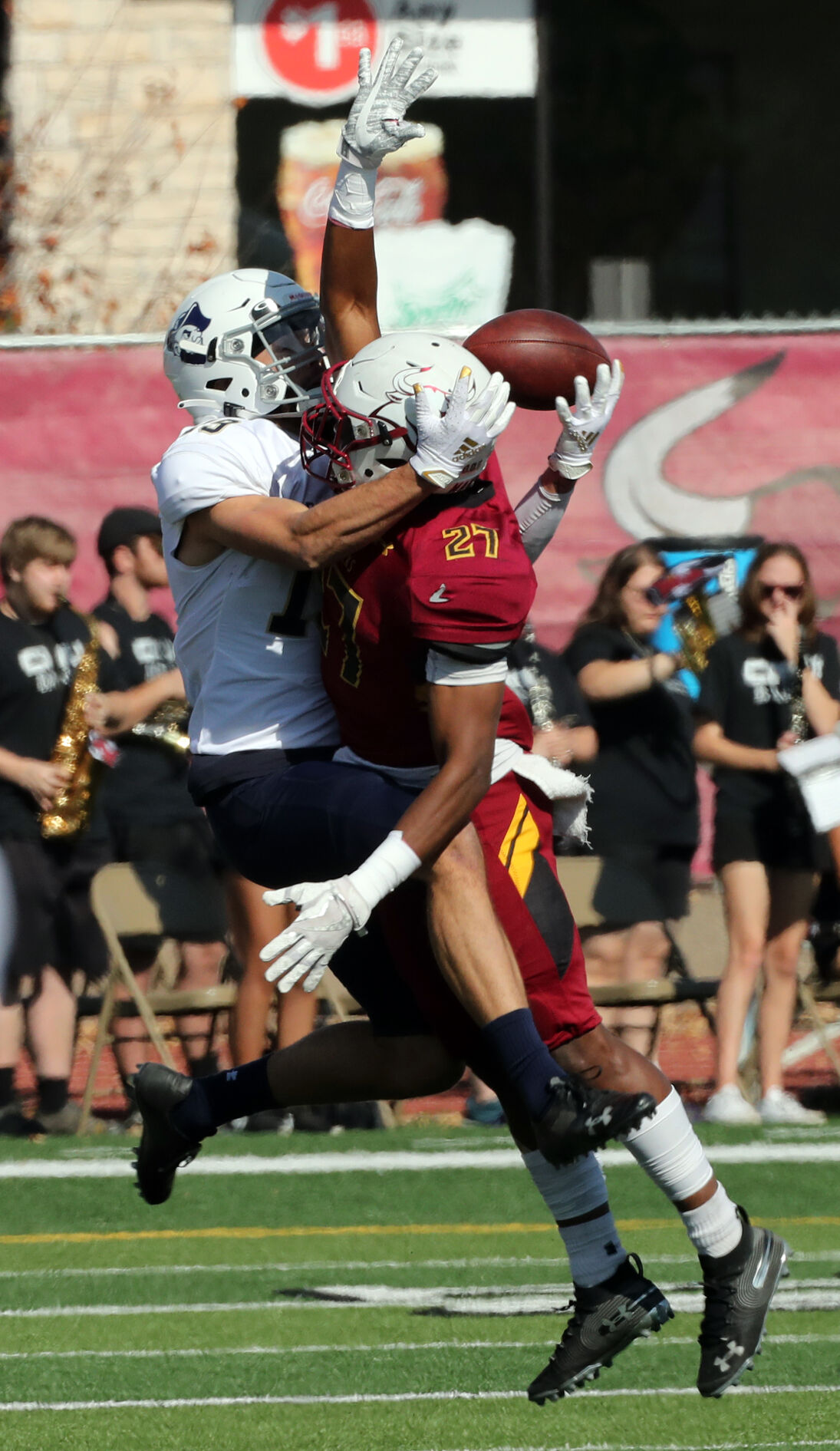 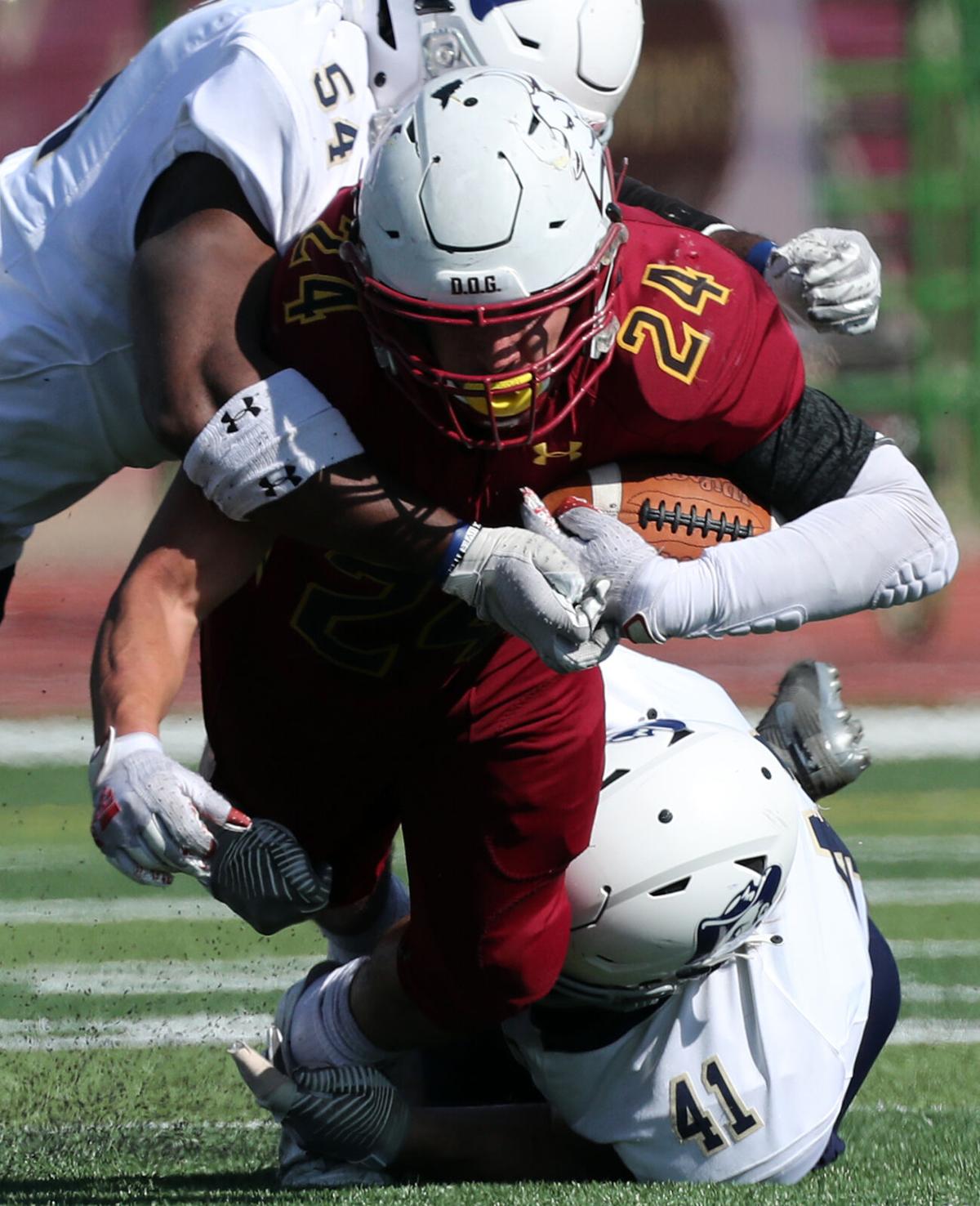 Colorado Mesa running back Jessie Rodriquez runs for some of his 72 yards Saturday in the Mavs' 24-9 loss to South Dakota Mines at Stocker Stadium. Rodriquez had Mesa's only touchdown in the loss. 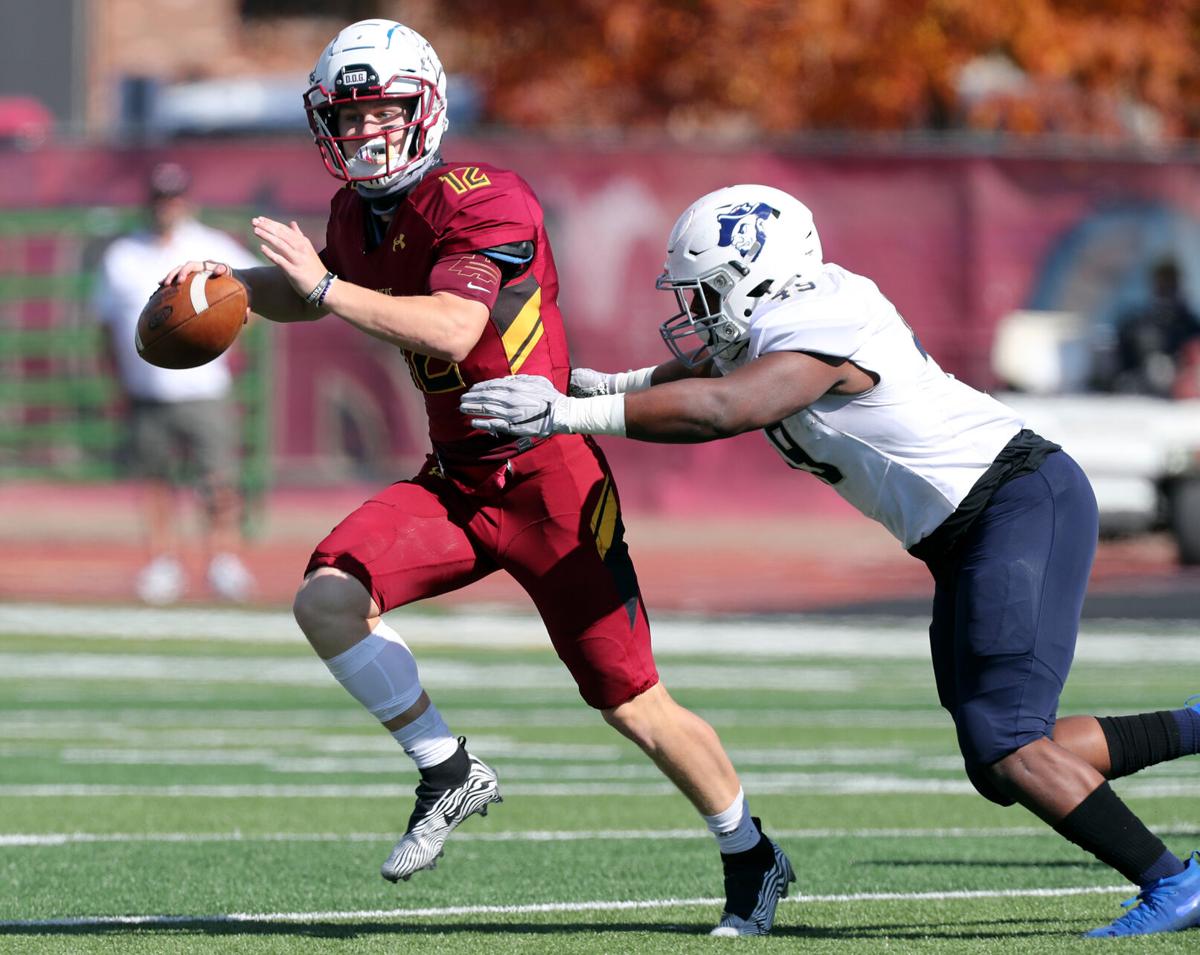 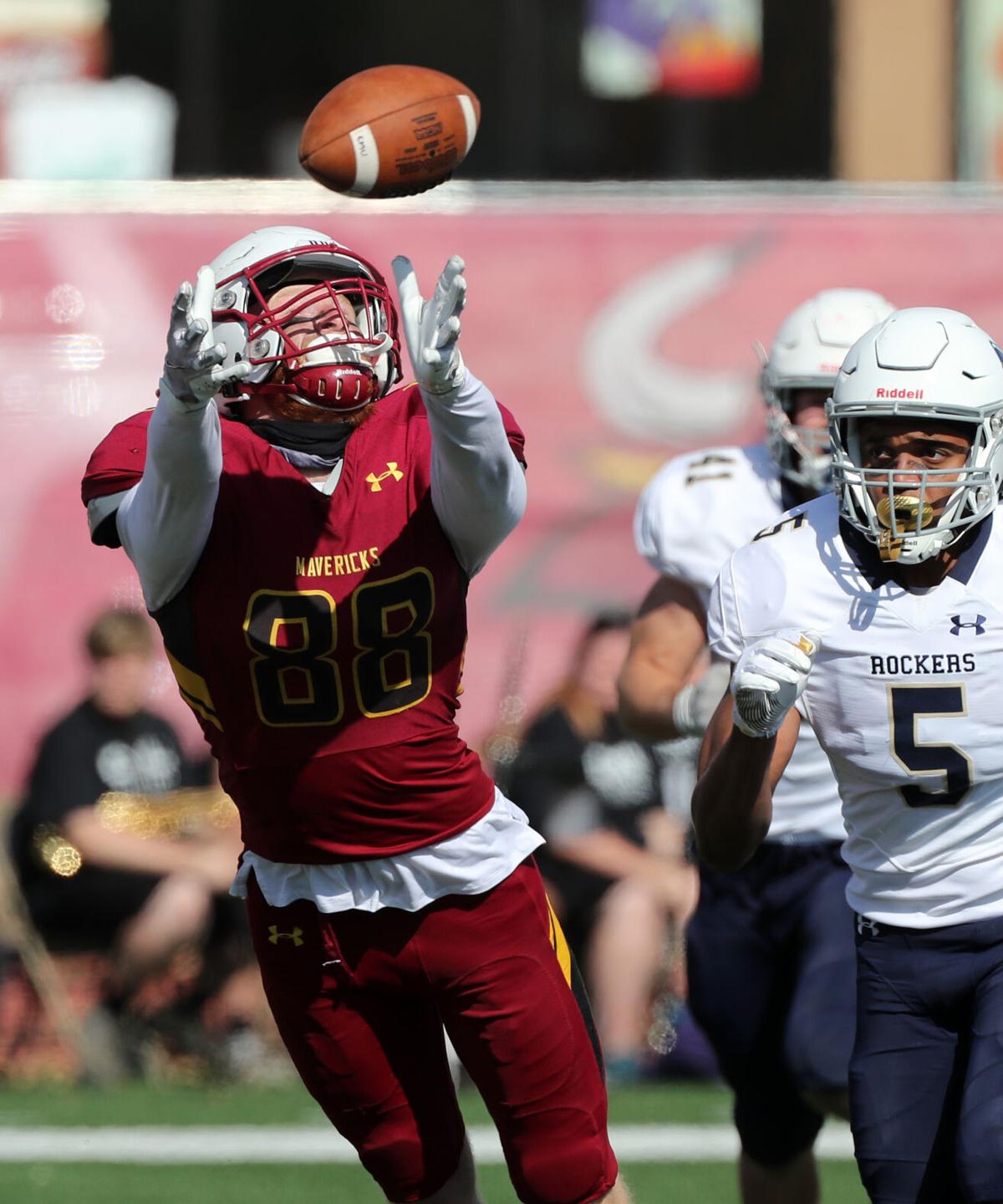 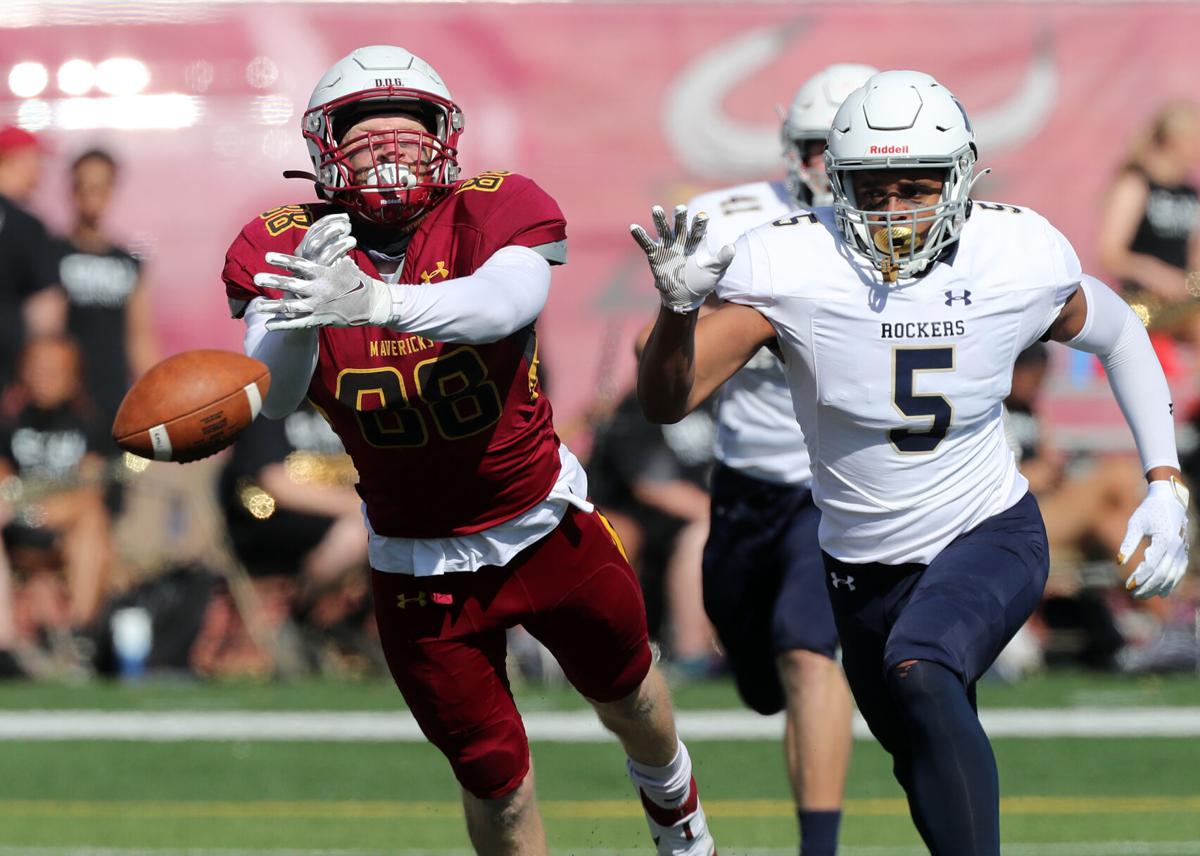 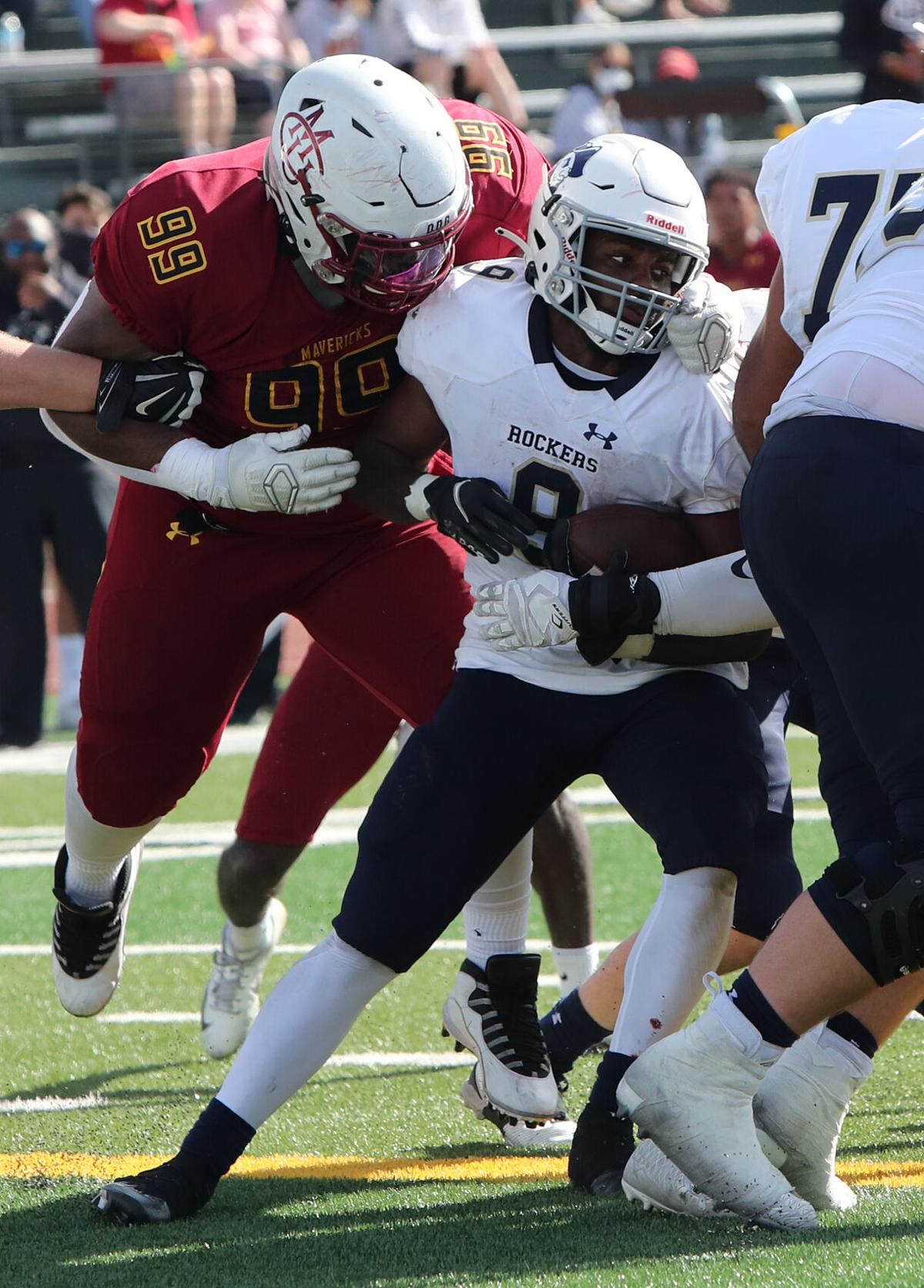 Top, Colorado Mesa defensive lineman Brian Rattery, 99, tackles South Dakota Mines running back Ahmad Lewis for a safey Saturday in the first half of the Mavs’ 24-9 loss at Stocker Stadium.

Colorado Mesa running back Jessie Rodriquez runs for some of his 72 yards Saturday in the Mavs' 24-9 loss to South Dakota Mines at Stocker Stadium. Rodriquez had Mesa's only touchdown in the loss.

Top, Colorado Mesa defensive lineman Brian Rattery, 99, tackles South Dakota Mines running back Ahmad Lewis for a safey Saturday in the first half of the Mavs’ 24-9 loss at Stocker Stadium.

What he spelled out Saturday afternoon was not one of his acronyms.

“It was bad, honestly. B-A-D,” Jackson said after the Mavericks were beaten in every phase of the game, 24-9 by South Dakota Mines at Stocker Stadium. “Hopefully these guys remember this. I’m glad this happened. I’m glad this happened in an abbreviated season when it counts, but we’re not on the playoff hunt and just lost our playoff chance.”

Jackson did not make any players available for post-game interviews.

“We deserved to lose. What happened out here was a reflection of what happened during the week,” Jackson said. “Whenever you have a week like we had ... I was worried about people congratulating our players for winning a game that honestly we were supposed to win and then thinking just because we won last week, it would carry over.

“That’s been the mindset around here. I’m a realist. This is a wake-up to the Maverick nation. We got beat by somebody we weren’t supposed to get beat by and it was simply because we didn’t prepare very well.”

The loss was the first in five meetings all-time against the Hardrockers (2-1), and the problems started early.

Herberg was off-target the entire first half, with most of his passes sailing over the head of his receivers. He completed only one of 12 passes in the first half, had a couple of passes dropped, and other times was forced to scramble or took a sack because receivers were covered.

South Dakota Mines scored 10 points in the second quarter, but was pinned down at its own 1 after a terrific punt by Blake Moore late in the first half.

On second down, CMU’s big nose tackle, Brian Rattery, stuffed running back Ahmad Lewis in the end zone for a safety.

The offense couldn’t generate any momentum off that, and at halftime, Jackson said he gave it to the Mavs straight.

“Play this one like it’s your last because it very well could be,” Jackson said of his halftime message. “There’s a lot of things going on in our country. Our county is rolling back (its coronavirus variance) next week, things are happening. What’s happening is what’s happened before, and this might well have been our last football game, and that’s what we put out there.

“That’s what I told them, whatever you put out here in this second half, it very well may be your last until fall 2021. That’s the world we live in.”

It seemed to help — the defense forced a punt and the offense started to move the ball, aided by a roughing-the-passer penalty. Jesse Rodriquez, who rushed for 72 yards and scored CMU’s only touchdown, made a nice cutback to pick up a first down and Herberg threw a shovel pass to Dominic Bettini to escape pressure. On third down, though, he was intercepted on another high pass.

The defense got the ball right back, with Bryant Bowen making an interception off a tipped pass.

Herberg scrambled for 17 yards on first down, Bradley Toussaint caught a pass and broke a tackle for a 16-yard gain, but after two incomplete passes, Herberg tried to throw the ball into the flat. It was batted down, and Ian Arnold, realizing the pass was behind the line of scrimmage and the ball was live, scooped it up for Mines.

Not long after, CMU offensive coordinator Nick Fulton left the pressbox and went to the field, dragging the three benches used by the offense away from the rest of the team and onto the track.

He huddled the entire offense as the Hardrockers embarked on a six-play, 62-yard drive to go up 24-2, and spent the rest of the game on the sideline.

“When you’ve got a young quarterback sometimes you need to be right beside him,” Jackson said. “We’re going to live and die with (Herberg). He happened to be not successful today. (Fulton) came down and I thought that was a good adjustment on his part.”

The ensuing drive was Mesa’s lone good drive of the day — Herberg completed four of five passes and drove the Mavs from their own 25 for their only touchdown.

A targeting call against the Hardrockers when Sebo Campbell was hit on an incomplete pass across the middle helped the drive. Rodriquez plunged over from the 1 with 13:49 to play, cutting the deficit to 24-9.

CMU doesn’t play again until Nov. 7 against rival Western Colorado, giving the Mavs some much-needed time to heal and address some weaknesses in all phases.

“Everything,” Jackson said when asked what went wrong on offense, specifically the passing game, which generated only 139 yards. “We missed calls, we missed reads, guys ran the wrong route. We just didn’t have a good day.”

Freshman watch: LB Henrich's versatility will be handy down the stretch