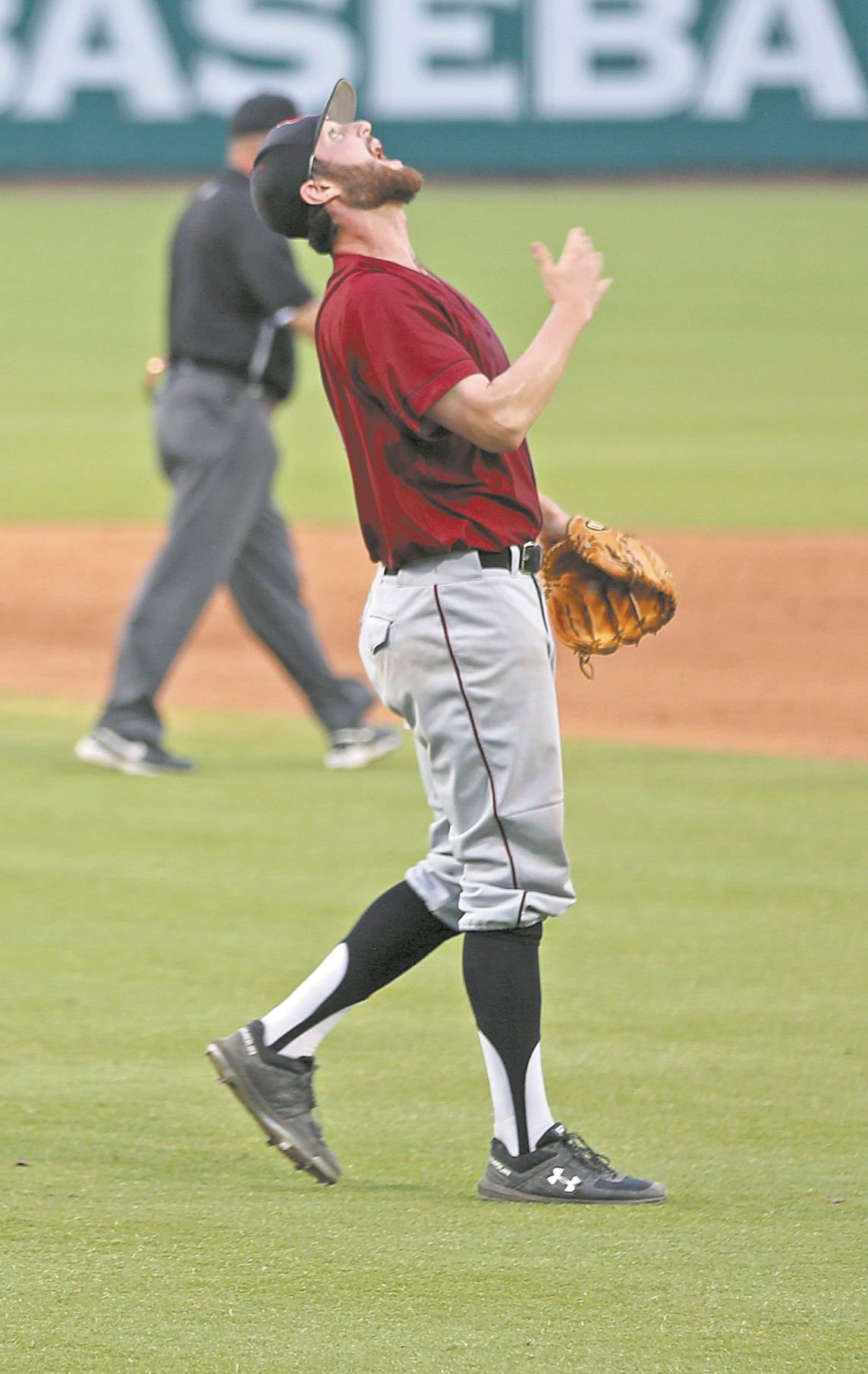 Colorado Mesa’s Will Dixon tossed a complete-game seven-hitter in the Division II World Series to give the Mavs a chance to win their first national title. Mesa needed to beat Tampa twice, but lost the first game. Dixon was the Mavs' closer, saving 15 games before his first start. Brett Friedlander/Special to the Sentinel 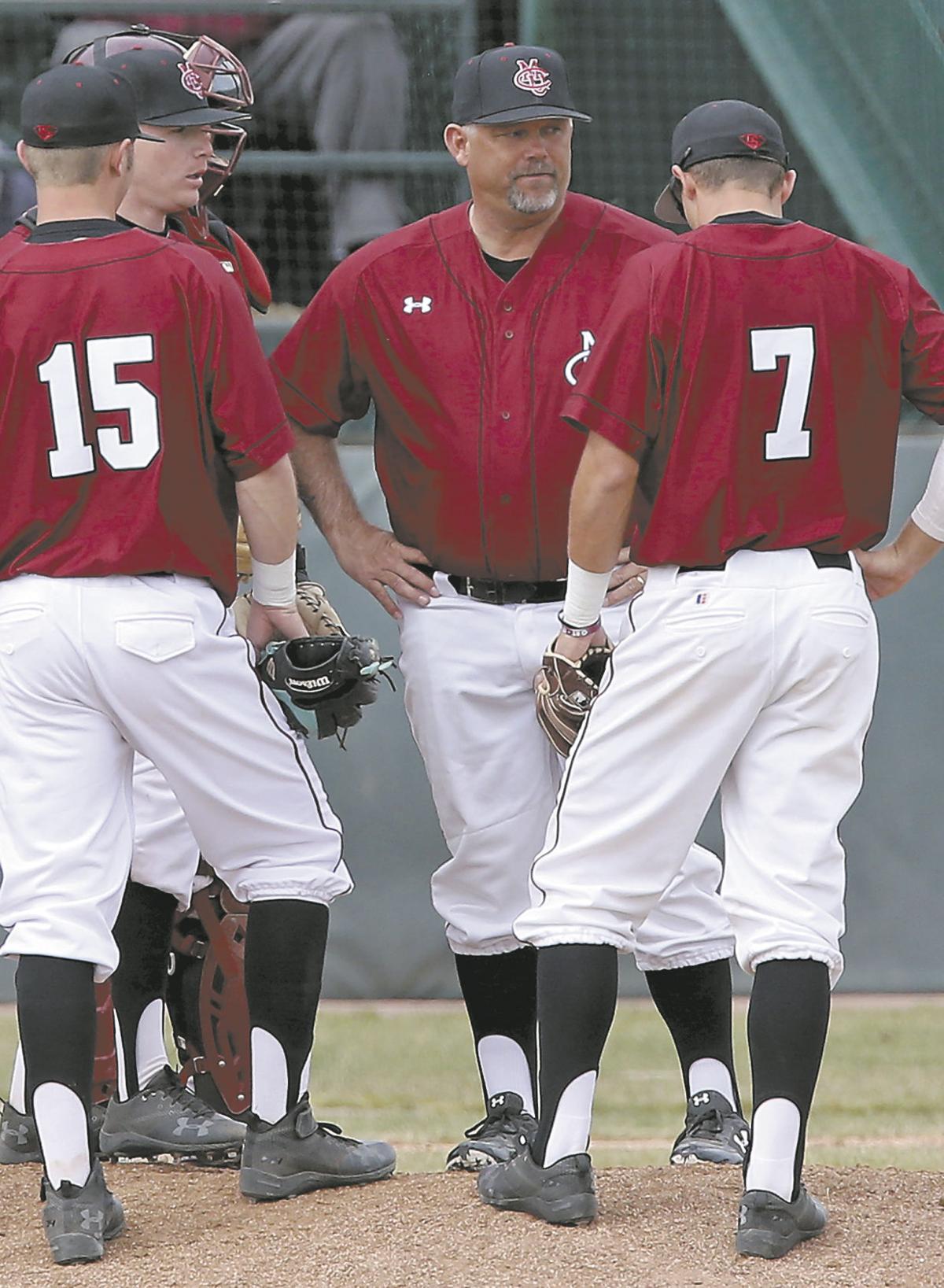 Colorado Mesa’s Will Dixon tossed a complete-game seven-hitter in the Division II World Series to give the Mavs a chance to win their first national title. Mesa needed to beat Tampa twice, but lost the first game. Dixon was the Mavs' closer, saving 15 games before his first start. Brett Friedlander/Special to the Sentinel

There’s still the disappointment of not winning Colorado Mesa’s first national team championship, but when he looks back on the 2019 baseball season, Chris Hanks can’t help but smile.

“It was an interesting year,” Hanks said of the Mavericks’ runner-up finish in the 2019 Division II World Series, The Daily Sentinel’s top sports story of the year. “We thought we could be good, we thought we could make a run. I guess you don’t ever really know, but as it turned out, we ended up with a group of guys that really cared about each other. I think that was probably the biggest factor in the run. They had a love for each other.”

With a senior class that refused to settle for anything less than a trip to Cary, North Carolina, the Mavericks went 53-12, won their eighth consecutive RMAC championship and their sixth straight conference tournament championship. They swept the South Central Regional tournament at Suplizio Field and didn’t whine when they were denied the chance to host the Super Regional because of a conflict with the Alpine Bank Junior College World Series.

The players voted to go on the road for the Super Regional instead of trying to host at Canyon View Park, so they traveled to San Angelo, Texas, for a best-of-three series against Angelo State. Three one-run games determined the World Series participant, with the Mavericks holding off the Rams, who scored one run in the eighth and one in the top of the ninth to win 3-2 in the third and final game.

Will Dixon, after allowing the run in the ninth, struck out the final batter for his 15th save of the season.

That was far from Dixon’s signature moment on the mound, however.

With the Mavericks facing elimination in Cary after a 7-5 loss to Central Missouri, Dixon, the Mavs’ closer all season, demanded the baseball.

“We knew it was going to be Trevin (Reynolds) or Will,” Hanks said. “We had made the decision to go with Trevin … Will grabbed me and said, ‘Give me the ball.’ I said, ‘OK, just get us off to a good start, three or four innings.’ That was the plan.”

Dixon had other plans. Like not giving the ball back.

He threw 103 pitches in the complete-game performance, allowing seven hits and two walks. He struck out four, and Reynolds, who started as Mesa’s designated hitter, hit a line-drive sacrifice fly to left field in the seventh inning to score Spencer Bramwell for the only run of the game.

“Every inning it was ‘Give me another one, can you give me one more?’ ’’ Hanks said. “In the seventh he kind of bogged down and I yelled out to him with a thumbs up or down. He gave me the thumbs up, I’m good. Those are the things you remember. It goes down to how we talk about trying to out-compete and out-team our opponents. That’s our mantra, and those kids did that.”

Sergio Romo nearly threw a perfect game at Suplizio Field in a regional for the Mavericks in 2005, settling for a two-hitter against New Mexico Highlands. Until Dixon’s performance, that game went down as No. 1 in Hanks’ mind.

“I would say that’s the best performance in school history, definitely during my tenure,” Hanks said. “I wasn’t privy to everything that happened before that but boy, it would be a tall order to find an outing more impressive and at a bigger time, a more crucial time, and on that stage. I’d say that was No. 1.”