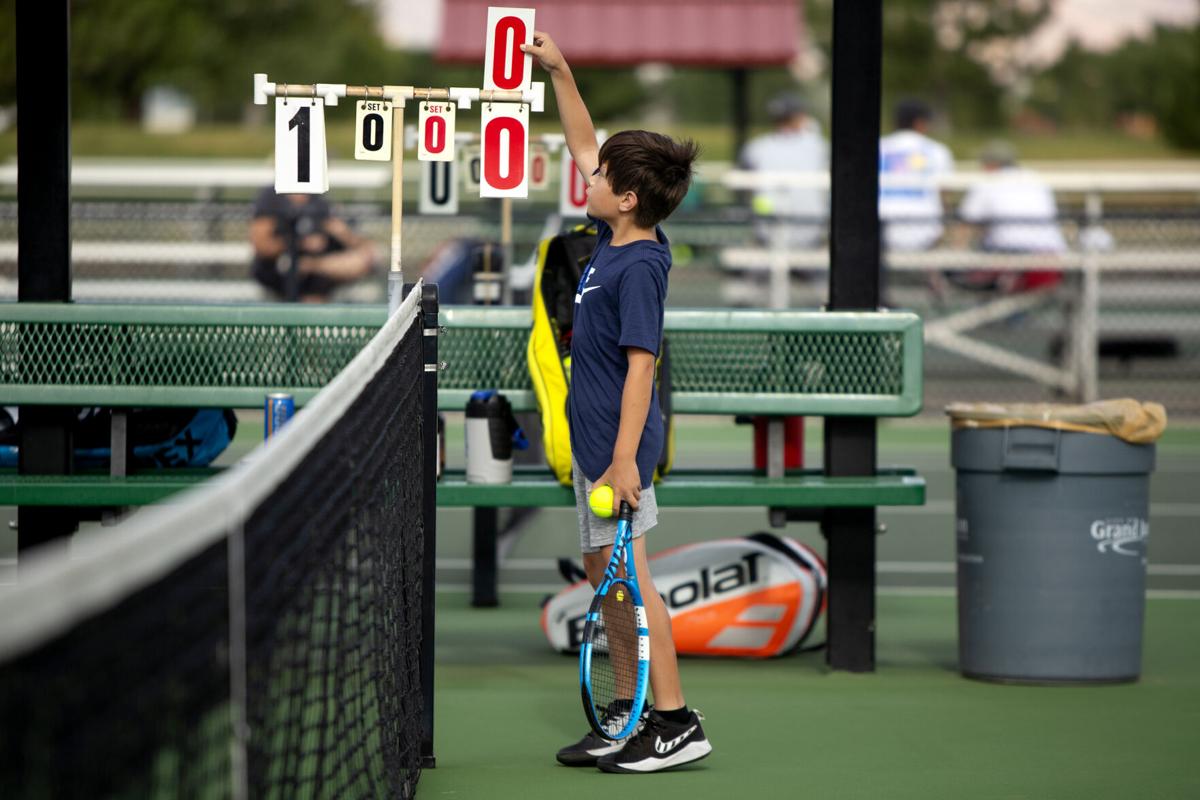 Caleb Shields changes the score during his match at the Western Slope Open tennis tournament at Canyon View Park on Friday. 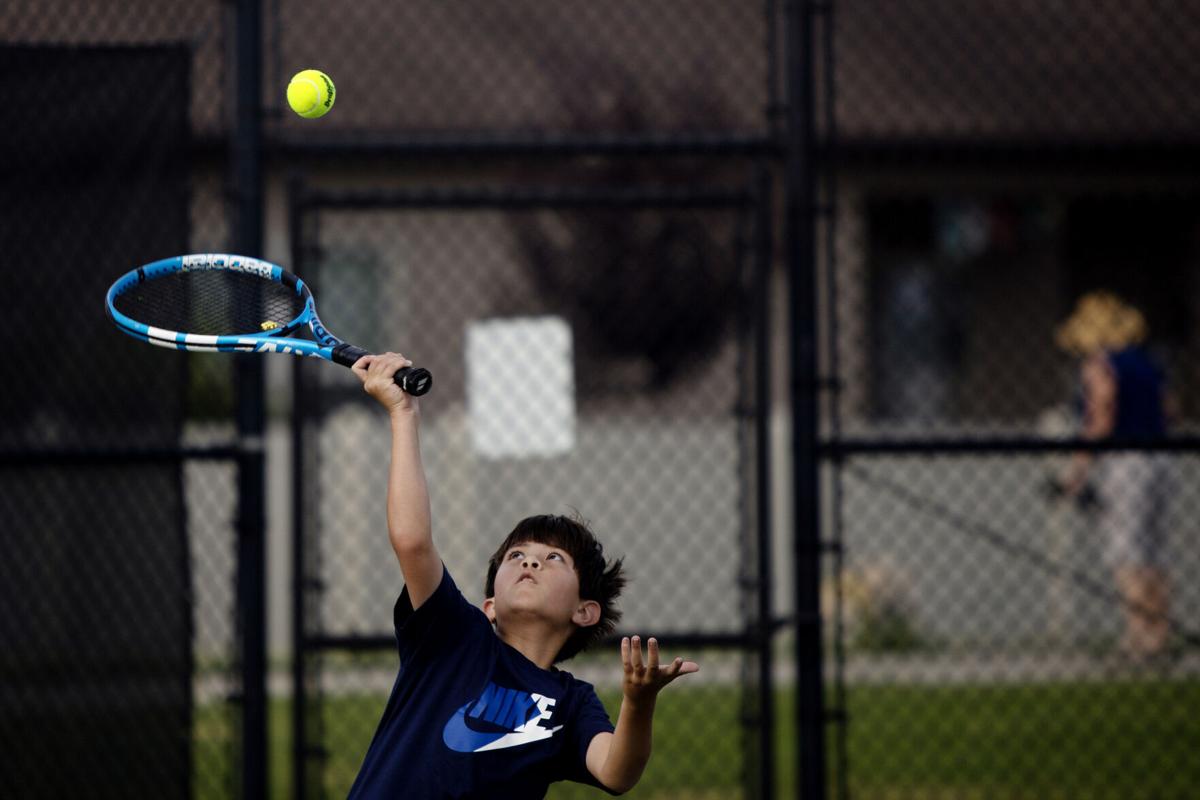 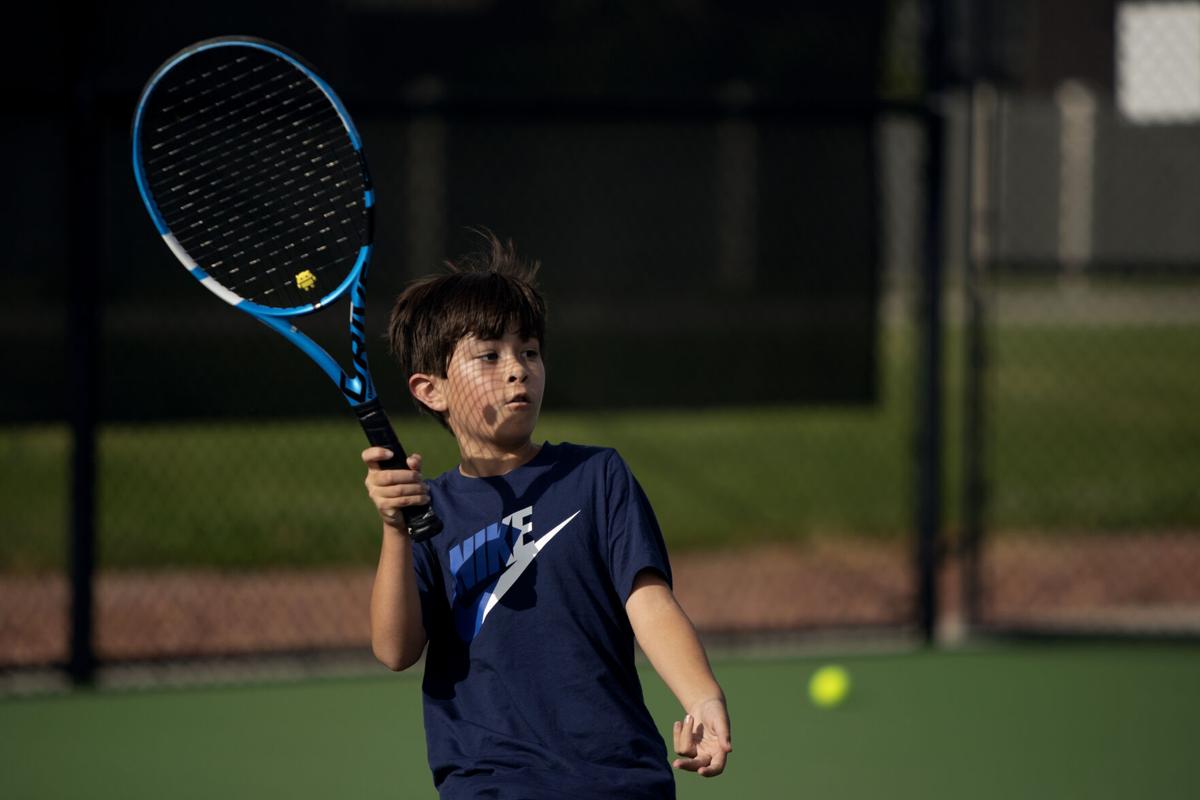 Caleb Shields watches the ball after hitting it during the Western Slope Open tennis tournament on Friday. 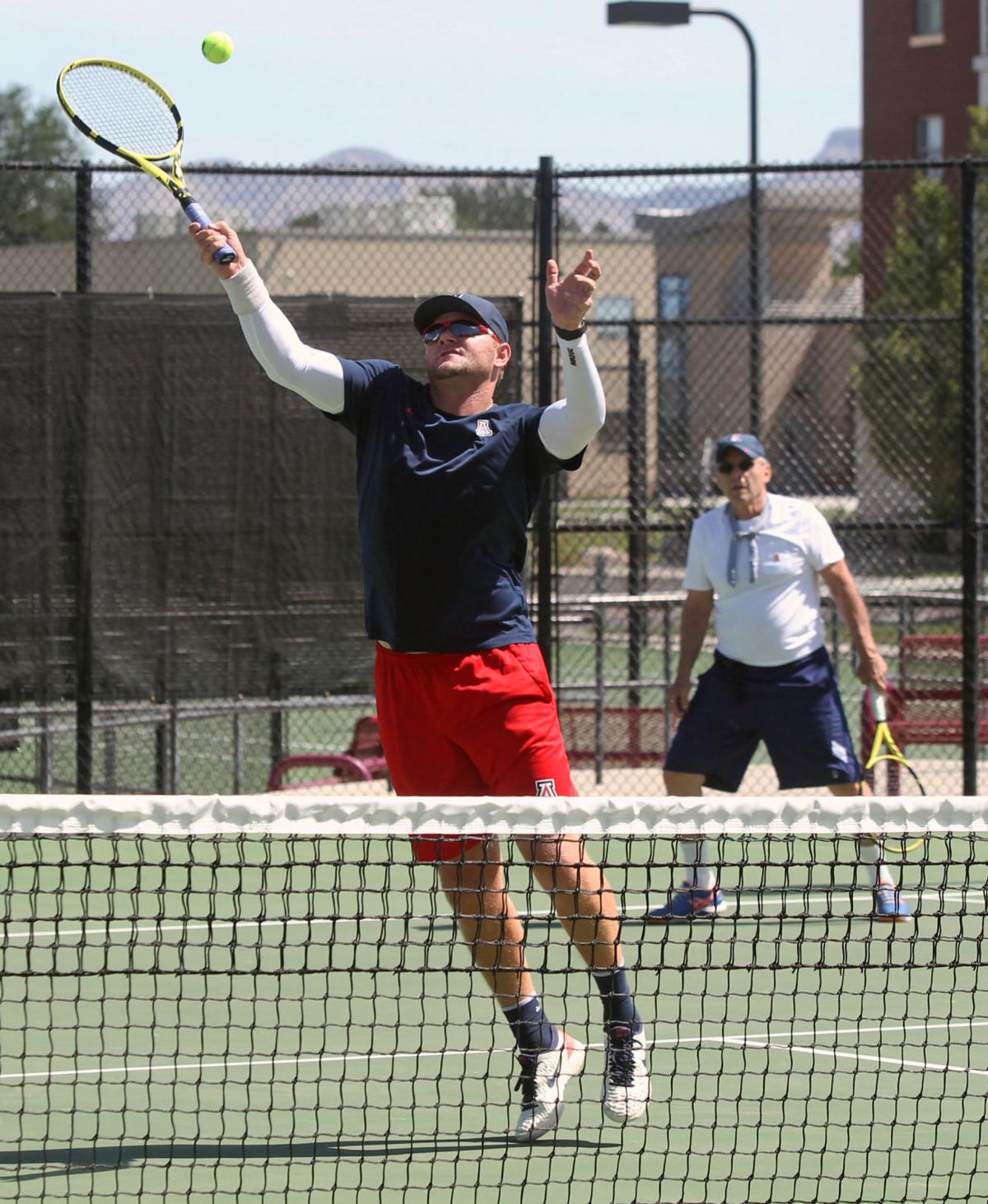 Clancy Shields returns a shot during the 2019 Western Slope Open. Shields, joined by some relatives, returned to the tournament this year.

Caleb Shields changes the score during his match at the Western Slope Open tennis tournament at Canyon View Park on Friday.

Caleb Shields watches the ball after hitting it during the Western Slope Open tennis tournament on Friday.

Clancy Shields returns a shot during the 2019 Western Slope Open. Shields, joined by some relatives, returned to the tournament this year.

The Shields family has been intertwined with tennis in the Grand Valley since the late 1980s, when the Elliott family began what would eventually become the Western Slope Open.

They’ve since branched out with their tennis influence, with several becoming head coaches of Division I collegiate programs.

This year, however, is the first time in many years that a family reunion coincided with the Western Slope’s premier tournament.

Clancy Shields, the head coach of the men’s tennis program at the University of Arizona, played in last year’s tournament, his first visit to his hometown for the tournament in five years.

This time around, he’s been far from the only Shields involved. Luke, the head coach at Fresno State, and Rory, a former Colorado Mesa University player in the 1990s, joined him in the men’s open doubles bracket.

“It’s good to get together with the family,” said Luke Shields. “We haven’t done this in a long time, maybe 15-20 years. This used to be our big tournament of the year growing up, so it’s really nice coming back here and seeing some friendly faces and getting to see family hang out with family. It’s always great to come back here.”

Clancy and Rory teamed up in doubles, but it was Luke, playing with Daniel MacDonald, who took home the title with a 6-1, 6-4 win over Lucas Martin and Alain De La Bastide.

The Shields’ tennis influence reaches beyond their own family, too. The women’s open singles tournament was won by Alex Leatu, a former Vanderbilt and Baylor University player and the head coach of the women’s team at Georgia State University. She was invited by the Shields to participate in her first Western Slope Open.

One of the Shields clan also got his first experience in the tournament.

Rory’s son, 10-year-old Caleb, has been playing the sport for three years, but his appearance in this year’s tournament at Canyon View Park was his first competitive experience. His lineage gives him confidence, as does his approach to playing.

“They tell me to never give up and to not have a bad attitude,” Caleb said. “I like that you can play against people at your level, and if they’re better than you, you can learn from your mistakes.”

Caleb was far from the only kid to experience his or her first Western Slope Open.

Katie Repshire, who’s 12 years old, fully immersed herself in her first tournament, playing in multiple brackets. She played in the girls 14-12 U.S. singles bracket and also played with her mother in doubles.

“I’ve been playing tennis for a long time and I just decided to do it this year,” Katie said. “I’ve done league matches during the summer, so I’m kind of used to playing tennis. Plus, my brother plays it and he’s doing the tournament too. To me, it’s not that scary because I’ve done it before.”

Everything to get you ready for Wyoming's game at Nevada

Badgers football is back, and so is the bounce in Barry Alvarez's step