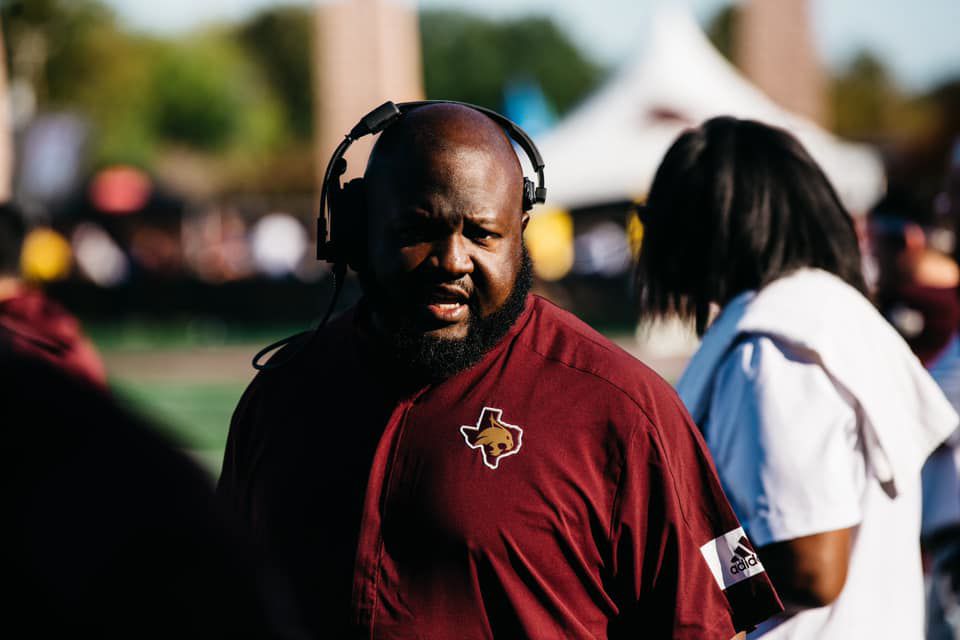 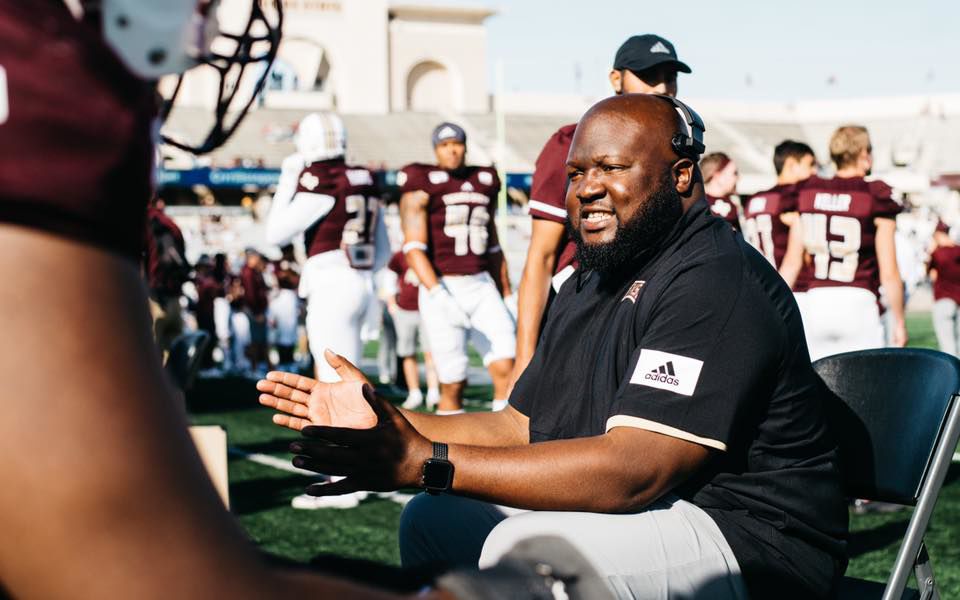 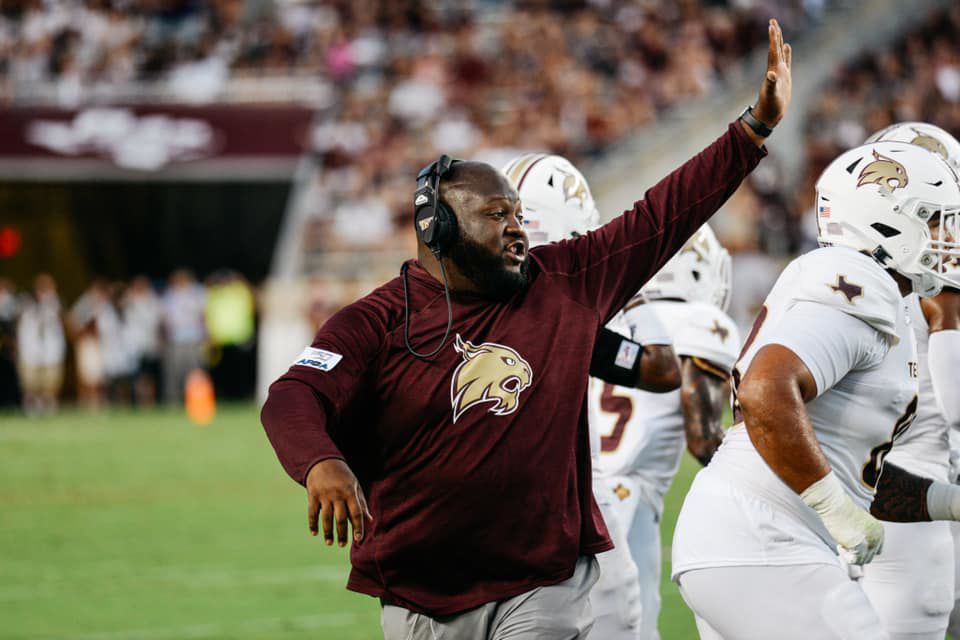 New Colorado Mesa University coach Tremaine Jackson has spent much, but not all, of his coaching career in Texas.

New Colorado Mesa University coach Tremaine Jackson has spent much, but not all, of his coaching career in Texas.

Tremaine Jackson got a good look at the Colorado Mesa football team in 2016 when he was breaking down film of the Mavericks’ game against Azusa Pacific.

“I saw what an athletic football team they were and wondered, ‘Where did they get those guys?’ From then on, I kept up with them,” Jackson said.

After being hired Monday afternoon as Colorado Mesa’s next head football coach, Jackson will start working with those athletes as soon as they get back on campus next month.

“When you go through coaching you see places that you’d like to have an opportunity at and to win. What I remember on tape, that’s a great Division II place to go win and build a program,” Jackson said, adding it’s not a case of rebuilding the program that went 6-5 this past fall, but renovating it.

“When I got on campus I knew that if I got afforded an opportunity to become the head coach at Colorado Mesa, I definitely would take it without a blink.”

So when that call came, he didn’t blink.

“When I landed at home Friday night I told my wife, ‘If they call with this one, this could be a good one,’ ” he said.

“She and my daughter were grocery shopping, and when I called her she was so excited, I think they dropped the eggs,” he said.

Jackson just completed his first year as the defensive line coach at Division I Texas State University, his latest stop in the past 14 years. He was the defensive coordinator at Abilene Christian for two years after spending four years as the defensive coordinator at Sioux Falls, which got him out of his comfort level in Texas. He’s also coached at Evangel University (Missouri), Texas Southern, Trinity Valley Community College (Texas) and Texas A&M-Kingsville. In 2015, he was a special teams intern with the San Diego Chargers as part of the NFL’s Bill Walsh Minority Coaching Fellowship Program.

“My time at the University of Sioux Falls really opened my eyes to Colorado football,” he said. “I got a chance to see a lot of that type of football and recruit against CMU and the whole RMAC when we were at Sioux Falls.”

He’s studied CMU’s roster and knows the type of talent he has returning on both sides of the ball, but also knows there’s plenty of recruiting work to catch up on. He plans to be in Grand Junction right after the first of the year, which gives him roughly one month before national signing day. Bryan Rooks, CMU’s co-athletic director, said a formal introduction of Jackson will be scheduled after New Year’s. Jackson’s enthusiasm and passion for the position won over the search committee as well as Rooks and Kris Mort, his co-AD.

“I think he is driven to take the next step in his coaching journey,” Rooks said. “He’s been at a lot of different places, from Division II to the Division I ranks. He’s been in Small Town, USA, in Sioux Falls to bigger operations. I think he really did show us the passion to really develop young men and see them through the journey of academics and athletics.”

The committee brought in five candidates, and in the end, Rooks said, Jackson was the right fit.

“His coaching pedigree is good,” Rooks said. “What you find out in these processes is there’s a lot of good football coaches out there. (We’re) trying to not just put checkmarks in boxes, but find who’s the person for the alumni, for the players, for the hallway, for this community and ultimately that passion rose to the top for him.”

With the majority of the defensive secondary returning, led by All-America safety Nick Ciccio, Jackson has a plan of attack for recruiting.

“There are four areas we’ve got to focus on in recruiting every year,” he said. “One, we have to solidify the quarterback situation. Two, we need to be great and deep on the offensive line. The third is the defensive line, we need to be able to rotate guys, whether they’re guys who played for us last year or we develop in the spring, who can be contributors who can really rush the passer and stop the run, and we need to be really good at corner.

“That’s what attracted me. Those DBs are some of the best-looking kids I’ve seen in a long time. They’re better looking than some of the guys we have at Texas State.”

Solidifying CMU’s ever-changing quarterback situation will be a point of emphasis in the spring. Hayden Bollinger and Aaron Howard return after sharing snaps as sophomores, and CMU redshirted three others.

“That’s where I’ve got to hit a home run hiring an offensive coordinator and a quarterback whisperer,” Jackson said. “We’ve got some guys on the hook we’ve been talking to, and now that we’ve accepted the job we can have more serious talks and get the best guys for our program.”

Those are calls he’ll make after Christmas, so when he gets to Grand Junction the recruiting can begin immediately, and the staff can go to work on the Xs and Os to be ready for spring practice.

“I’ve watched all the You Tube videos, the highlights, I saw all the kids coming back and got to meet with a few players,” he said of his on-campus interview. “Here’s what I sensed when I was there: Everybody at Colorado Mesa University is hungry to win and be consistent with winning. That excited me even more.

“I knew walking in it was a pretty good opportunity. I left knowing it was the only opportunity for me.”