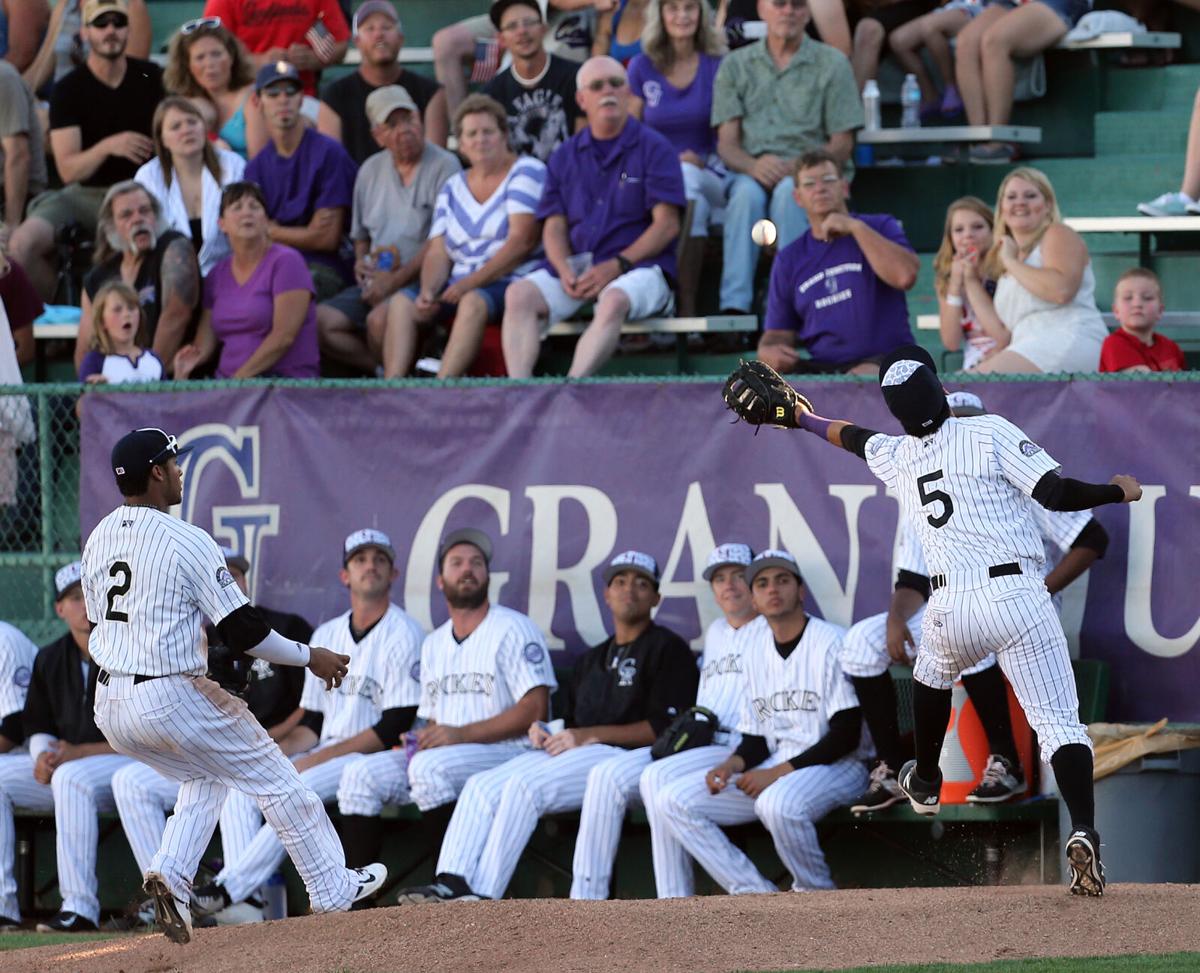 The Grand Junction Rockies will be playing at Suplizio Field “for multiple more years to come,” club President Mick Ritter said on Wednesday. The club’s current Professional Baseball Agreement between Major League Baseball and Minor League Baseball expired Wednesday, but negotiations between the two entities are ongoing. Here, the team takes the field in the summer of 2016. 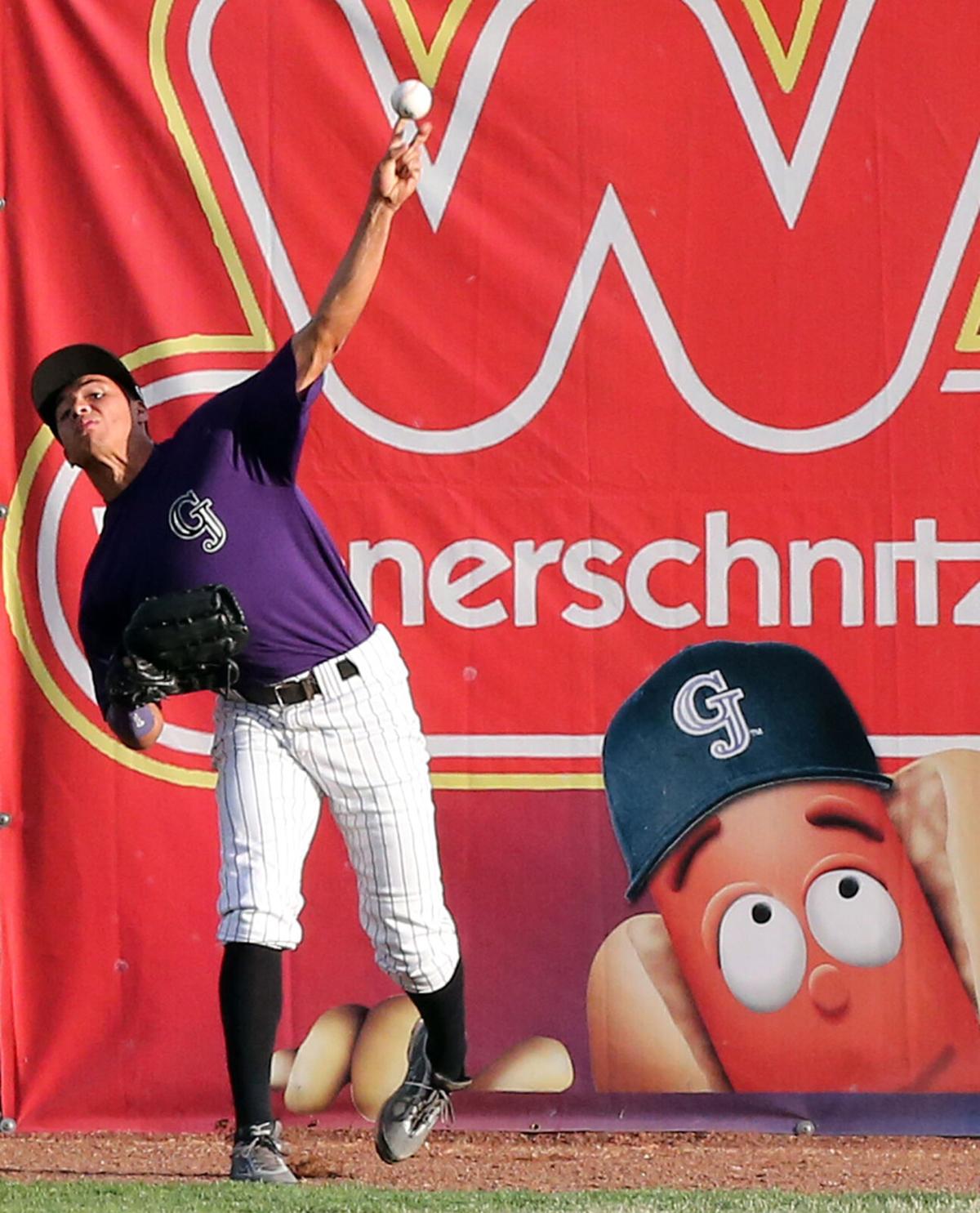 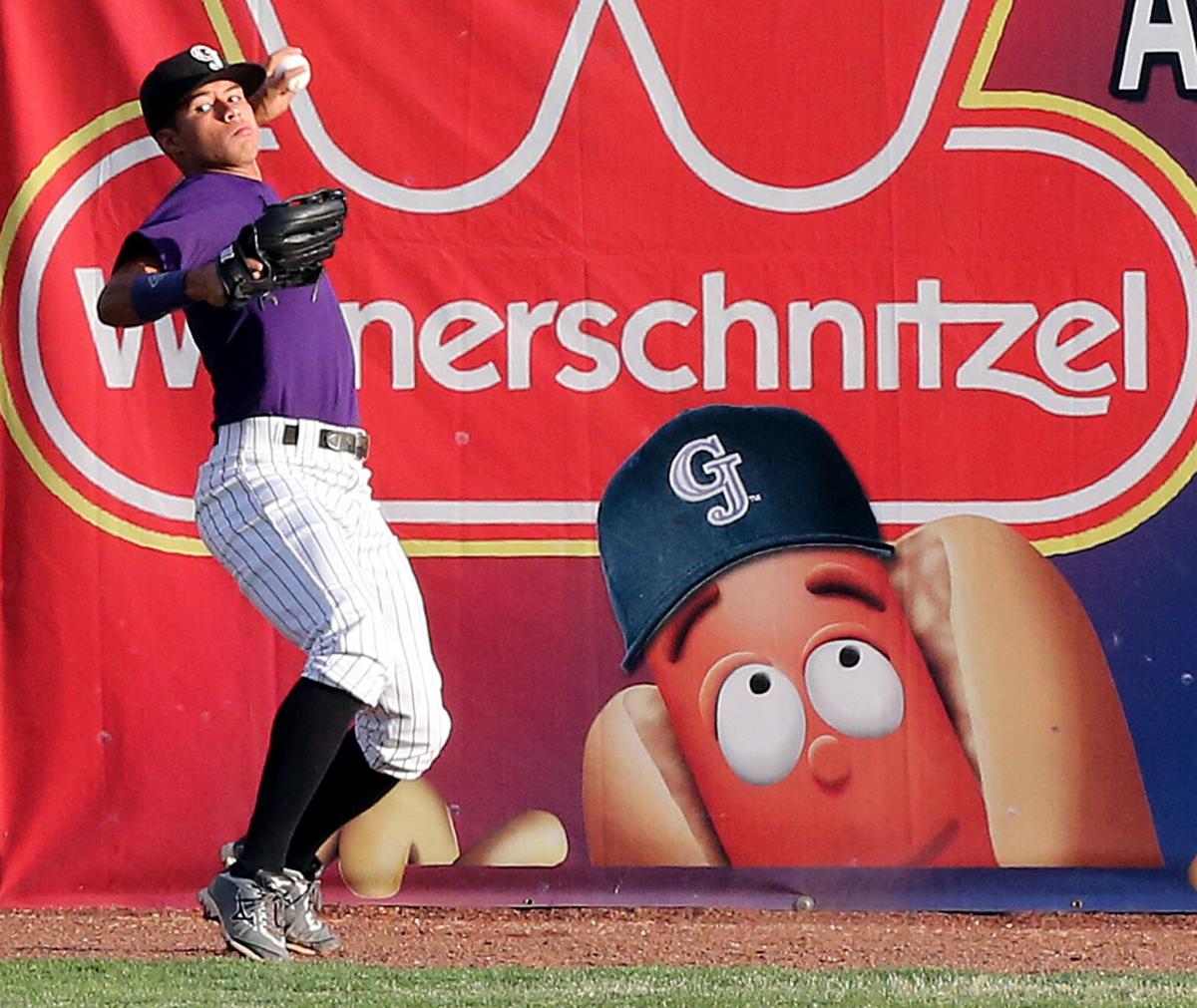 The 2014 version of Grand Junction Rockies at Suplizio Field. 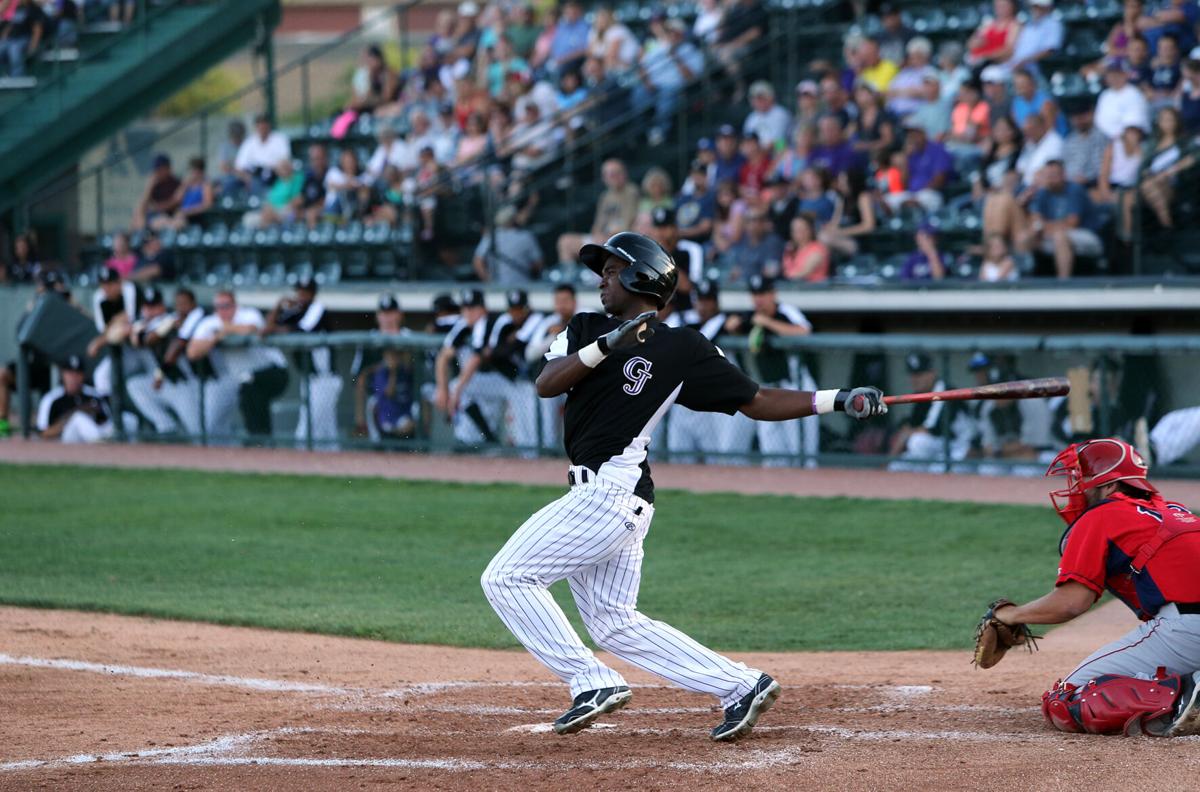 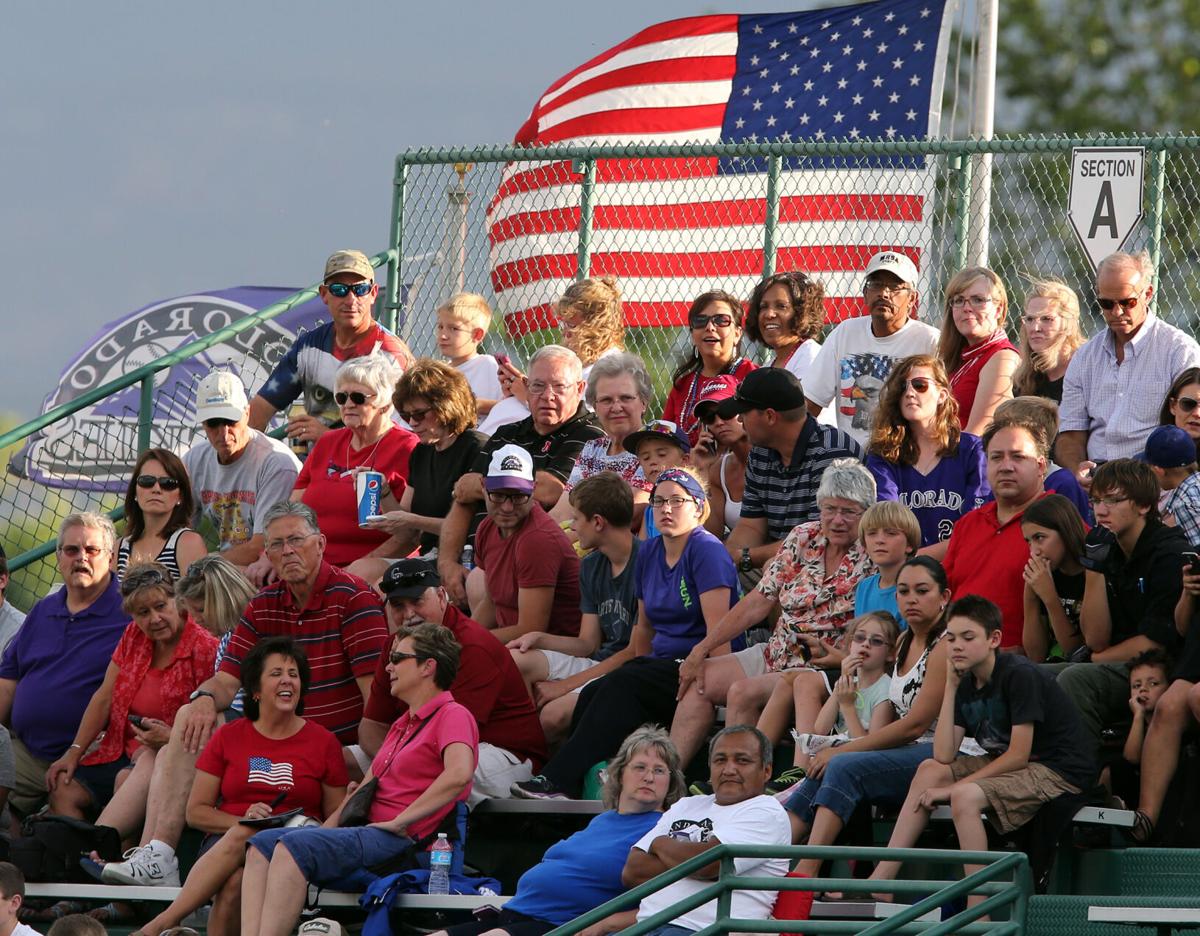 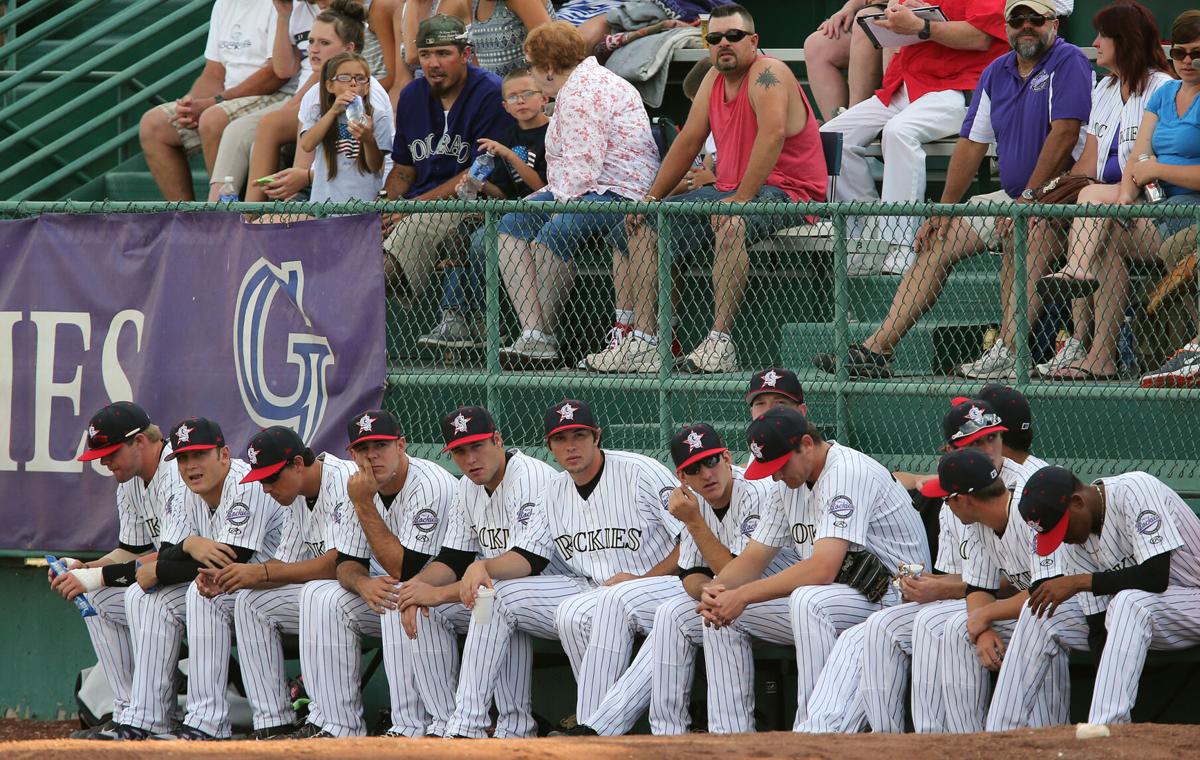 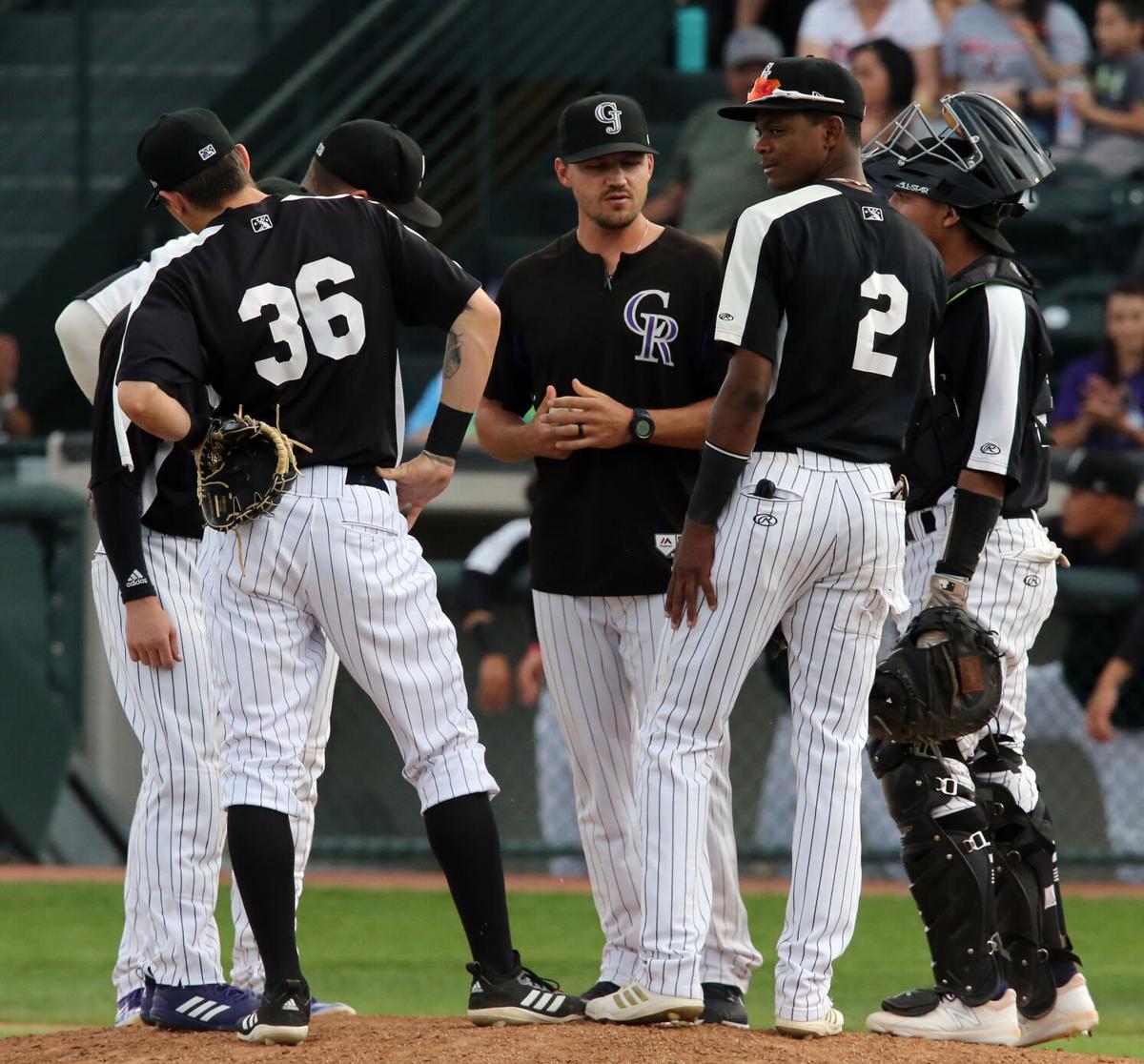 The Grand Junction Rockies will be playing at Suplizio Field “for multiple more years to come,” club President Mick Ritter said on Wednesday. The club’s current Professional Baseball Agreement between Major League Baseball and Minor League Baseball expired Wednesday, but negotiations between the two entities are ongoing. Here, the team takes the field in the summer of 2016.

The 2014 version of Grand Junction Rockies at Suplizio Field.

They aren’t packing up the Grand Junction Rockies office, and they haven’t called a moving van.

The PBA expired at midnight Wednesday, and the future of the GJ Rockies and the entire Pioneer League has seemed bleak since the Rockies are on a list of 42 teams affiliated with Major League Baseball teams expected to be eliminated at the end of the current agreement.

Negotiations between the two entities are ongoing.

D.G. Elmore, part of the ownership group of the Rocky Mountain Vibes in Colorado Springs, is the chairman of MiLB’s negotiating committee and is also the Pioneer League’s representative, tasked with ensuring the league’s future.

The Pioneer League owners are in agreement that they want to continue to field high-level baseball in their communities.

“Whether that’s affiliated baseball, independent league baseball or that ‘Dream League’ they’re talking about, everybody’s all on the same page, agreeing to do the same thing, which is good,” Ritter said.

Clubs won’t know what page that is until probably November or December as the sides go back and forth. Options include collegiate, independent, affiliated (as it is now) or a professional league for undrafted players.

The Rookie Appalachian League earlier this week agreed to become part of the Prospect Development Pipeline, a collaboration between USA Baseball and Major League Baseball, for some of the top rising college freshmen and sophomores.

“I don’t think that’s us,” Ritter said becoming a college summer league. “I think we are more of a professional level, paid players, an entry-type level league. We have been considered a Rookie league, but I think our level is going to be more of college kids that didn’t get drafted.”

He likened it to Major League Baseball’s old “draft and follow” format, where teams drafted a player in the later rounds and held his rights for a year to evaluate him before signing him or relinquishing his rights.

It’s an intriguing idea, one Ritter said would provide high-quality baseball in Grand Junction, and be under an MLB umbrella, which could defray the cost of salaries. Although Grand Junction often hosted the Rockies’ top draft picks, such as David Dahl and Jon Gray, the GJ Rockies had many players who were drafted in the later rounds. Colin Simpson, the 2019 Pioneer League MVP, was drafted in the 29th round. MLB is shortening the draft to between 20-30 rounds starting in 2021.

“We wouldn’t be affiliated with one club, we potentially could be affiliated with all 30,” Ritter said. “They used to have the draft and follow and I think that’s what they might look at. They could say, ‘Hey, we really like you, but you’re not a top-25 round guy ... you’re a 26th-round guy, we want you to go to Ogden, Grand Junction, Colorado Springs, and we want to see how well you perform against the best college players that didn’t get drafted in the country, and at the end of the year we might sign you to a free-agent contract or might invite you to spring training next year.’ ’’

The tie to the Colorado Rockies has been a huge advantage to the Rookie club that moved to Grand Junction from Casper, Wyoming, in 2012. Not only do they share the Rockies name, but the home purple pinstripe uniforms and the design of the team logos are similar, right down to the interlocking GJ and CR caps.

Fans follow players who got their start in Grand Junction all the way to Coors Field — this year’s 40-man roster has 15 players who played at Suplizio Field, including Gray, Kyle Freeland, Carlos Estevez, Ryan McMahon, Raimel Tapia and Dahl.

“I don’t think there would have been as big of a following if the Diamondbacks or Royals or someone (else) would have come in as we’ve had with the Rockies,” Ritter said, “which we’re super thankful for. It’s great to have them just on the other side of the mountain.”

So until they hear what kind of baseball will be played at Suplizio Field next summer, Ritter and assistant GM Matt Allen will keep talking with potential sponsors for their yet-to-be-determined team. They’re contacting season ticket holders, giving them their 2020 ticket books and a commemorative baseball from the season that never was.

“December can’t come soon enough. Matt and I want to know,” Ritter said. “Every single day, we want to come in for a phone call (telling us) this is what we’re doing and we’re signing the agreement tomorrow and here’s what we’re going to be doing next year and for years to come.